It was something that many thought and few said out loud, the MTB World Cup XCO 2019 started with the big question of whether the supremacy of Nino Schurter is showing signs of weakness. But to be fair, the Albstadt World Cup was not a "normal" race. 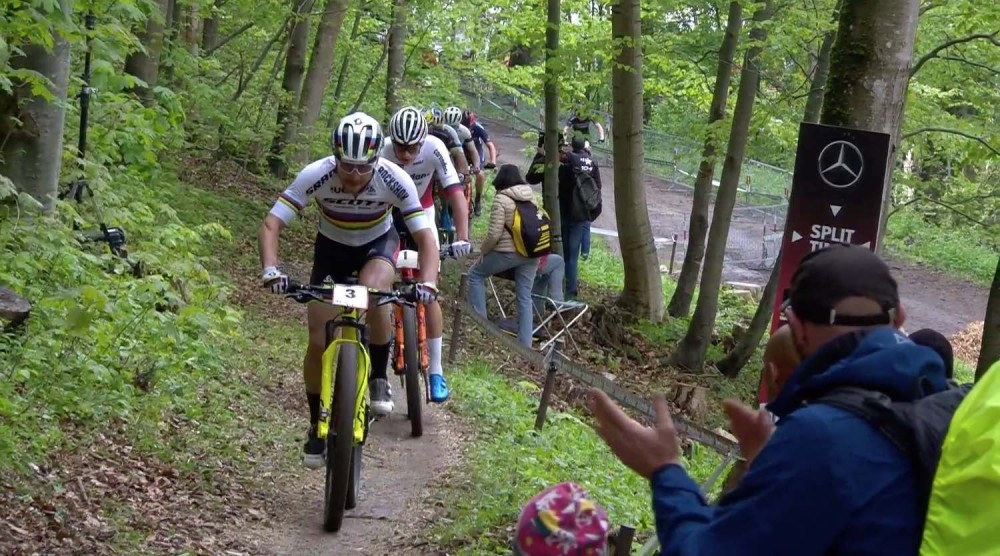 Green light and Van der Poel started very strong fighting to become leader from the very beginning. In the first climb Nino Schurter and Mathieu Van der Poel imposed a hard rhythm that left them alone, but Nino did not let up and kept pushing until getting a few meters from Mathieu. In the immediate pursuit group were names such as Lars Forster, Avancini, Mathias Flückiger, Jordan Sarrou or Anton Cooper. 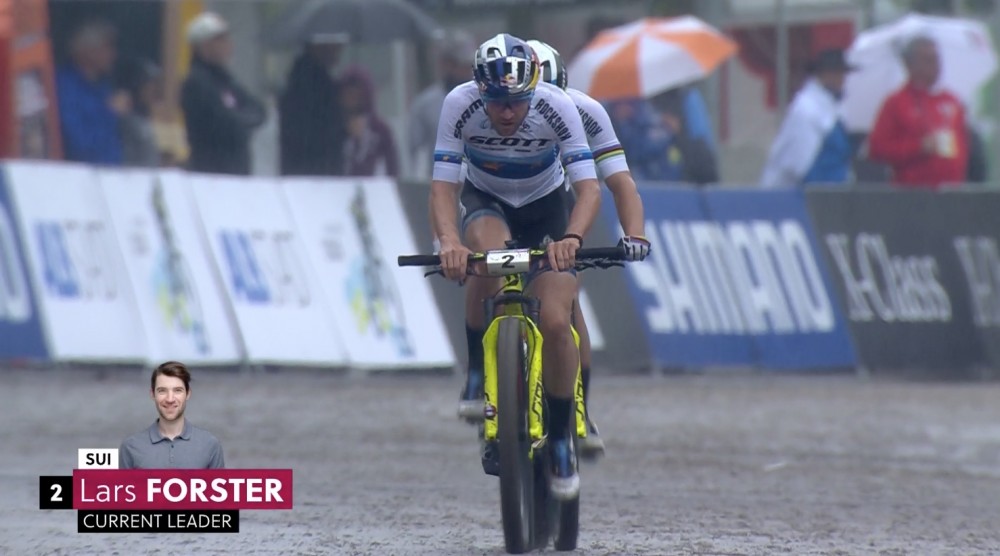 At the same time that the rain began to fall, about minute 8, Lars Forster attacked to get second, in parallel with Nino, and let Van der Poel stay with the group of pursuers almost 20 seconds apart.

Lars Forster suffered a small fall in the flatter area because of the slippery terrain. That caused that Mathias Flückiger attacked and could reach Nino. Meanwhile the rain became a storm and began to be the great protagonist of the Albstadt World Cup. 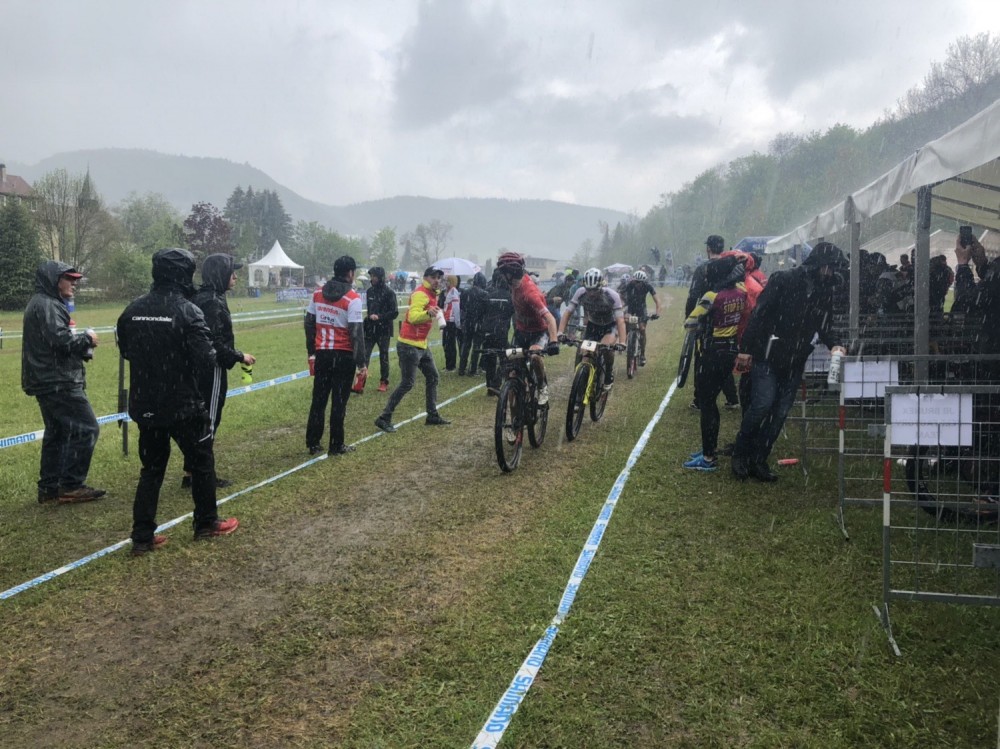 With the cold and the rain the circuit became increasingly impracticable because of the puddles and small rivers that formed. Everything changed by minutes and with 4 laps to go, Mathias Flückiger led with Jordan Sarrou second and Nino Schurter controlling from the third position.

There were lots of falls and breaks and nobody escaped from them: Lars Forster, Henrique Avancini or Anton Cooper. They had to stop to repair all kinds of breakdowns.

Nino Schurter held the third position in Albstadt, but was losing time in each lap. 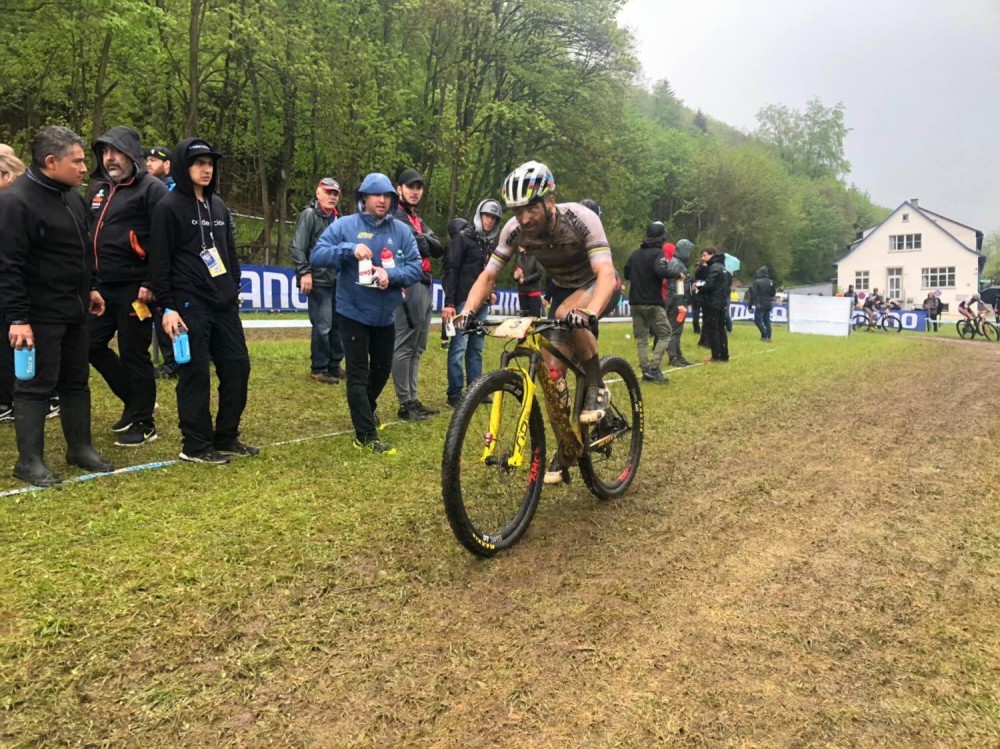 During lap 4/6, the sun shone again as Mathias Flueckiger and Jordan Sarrou made their first solo lap. In third position Mathieu Van der Poel, 20 seconds away, began to raise the pace by launching a solo attack to hunt down the first. Nino Schurter stayed fourth 30 seconds away from the head of the race.

Lars Forster had to retire after getting hurt in the last fall he suffered. 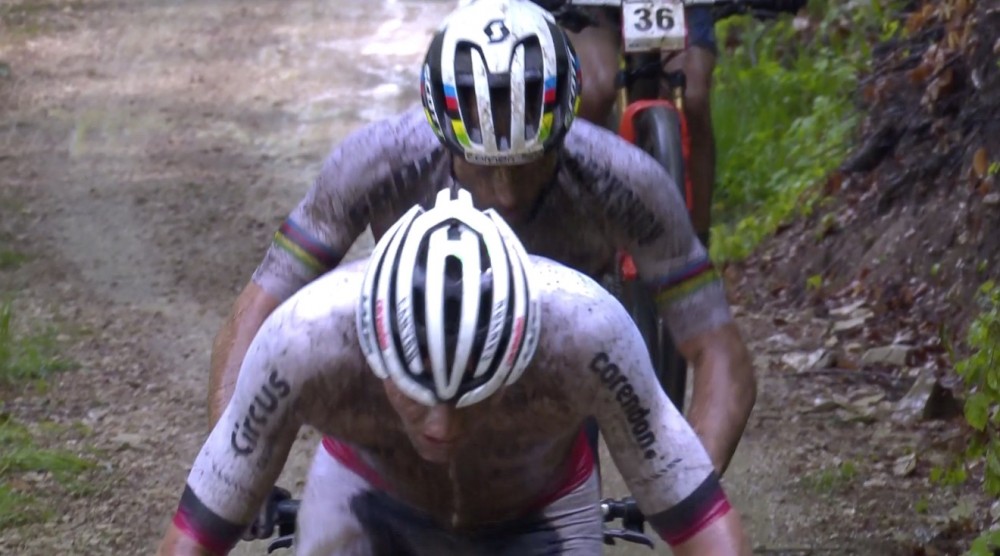 The rain, the mud and now the sun was testing the mechanics of all the mountain bikes, and the screech of the brakes echoed in the circuit of Albstadt. For anyone these conditions could be very hard but for a biker like Van der Poel they were not strange.

The last lap was reserved for surprises and Van der Poel still had something to say.

Mathias Flückiger showed over the whole race that he was the strongest and managed to win the Albstadt World Cup. Mathieu Van der Poel entered second after overtaking in one of the last descends to the French Florian Vogel, who closed the podium.

Nino Schurter came in sixth position, off the podium, and the Spanish David Valero managed to reach 10th after suffering a fall in the race.

Results of the Spanish bikers in the Albstadt World Cup 2019