The giant 36" wheels are also coming to gravel

Less than two years ago we already saw 36" wheels make their landing in mountain biking. Now there is more: they are coming to gravel.

36" bike wheels are not a novelty

A couple of years ago it was Truebikes who surprised everyone when they presented a mountain bike with a novel frame but with something that attracted the first glance: a pair of wheels of an exorbitant size. 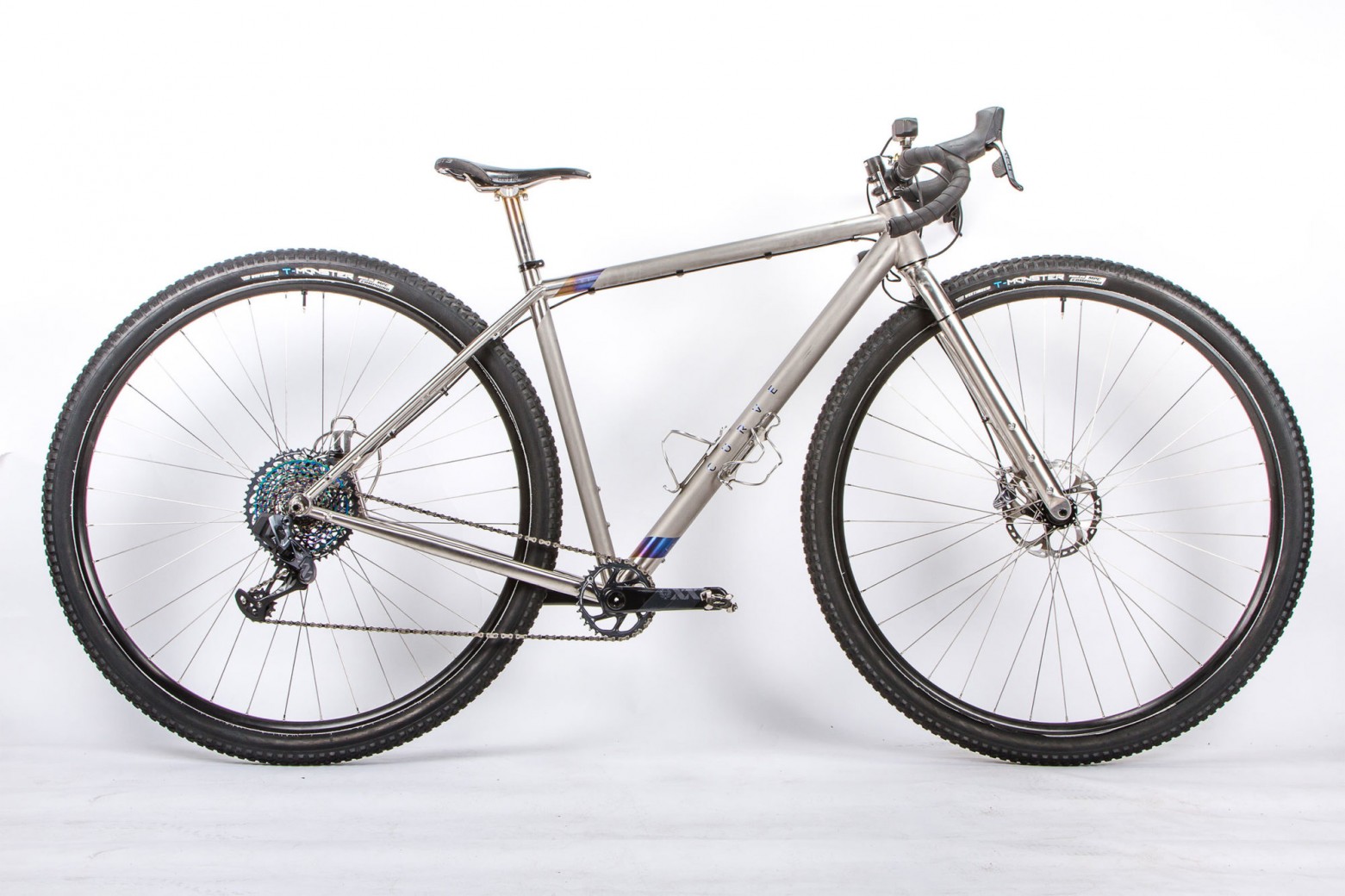 They were 36" wheels and this Slovak manufacturer had entered the eternal debate about wheel size and why use more or less inches on a bicycle wheel, mountain bike in this case. More traction and ground absorption were their arguments.

Now, this feature has arrived in the world of gravel. It's the new Curve Titanosaur, a very special gravel bike. 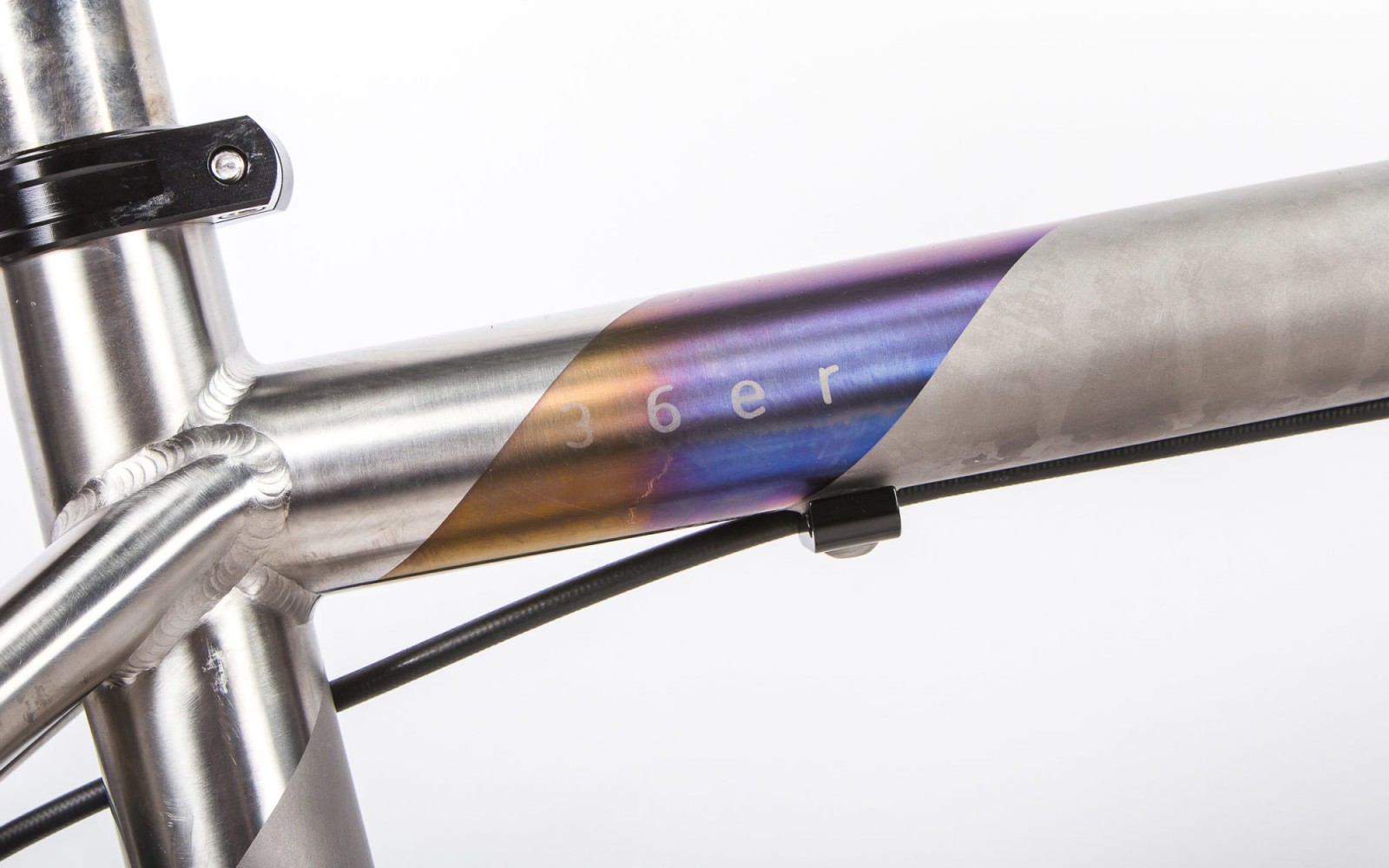 The Curve Titanosaur has two easily identifiable starting points for all cyclists who love good, long adventures. Titanium and 36" wheels. These are two aspects that sum up what this prototype and its entry into the gravel world are all about.

On a pure titanium frame weighing only 2.4 kilos (we've already talked about the great advantages of titanium for certain practices), this Titanosaur features these monstrous wheels. 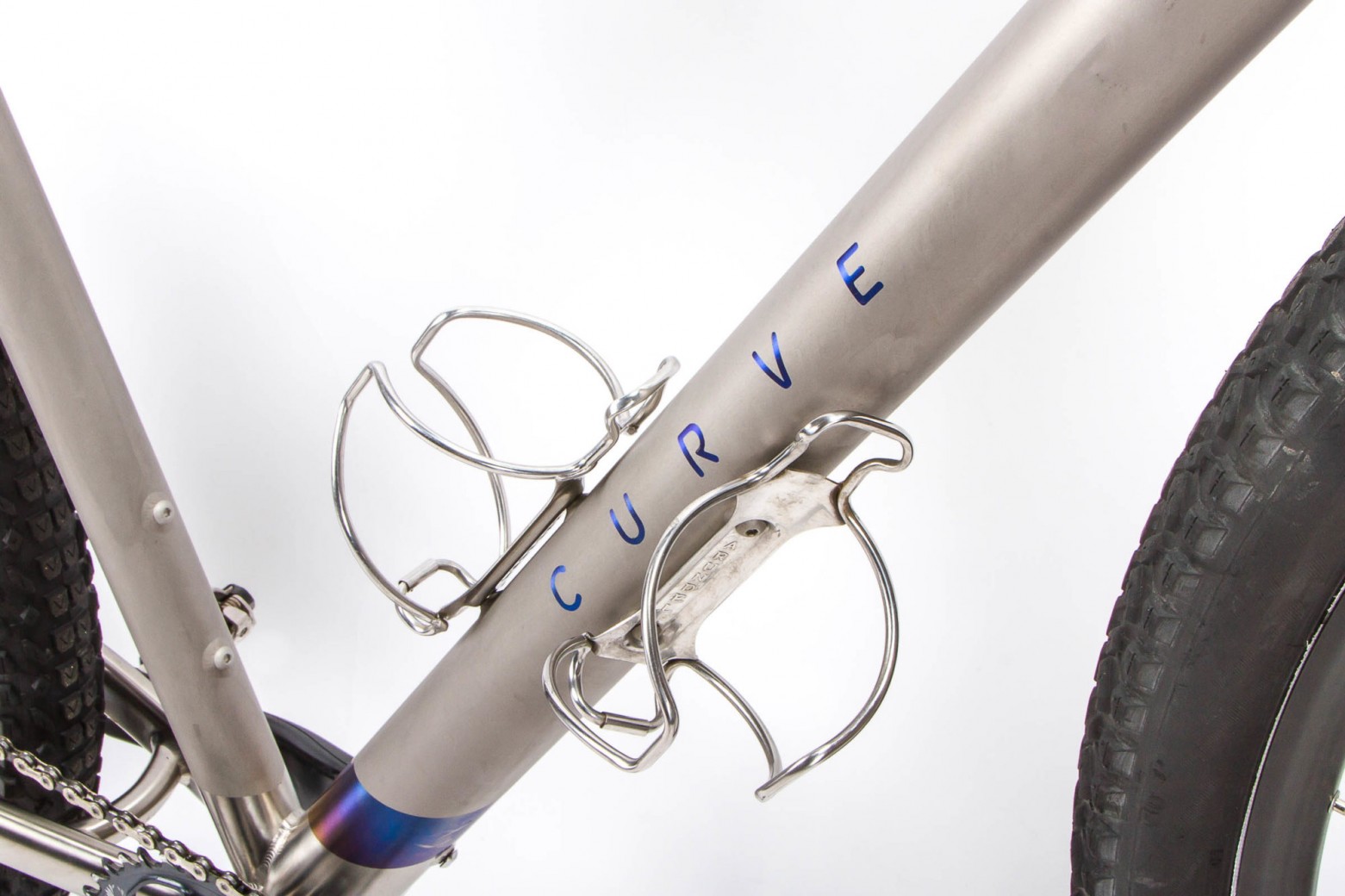 Titanosaur is already a very original name. It mixes the important thing, which is to say something about the bike (it's made of titanium) with a touch of fun, which in short is what this bike is used for, to go out and not come back for a while and have a good time on the road. 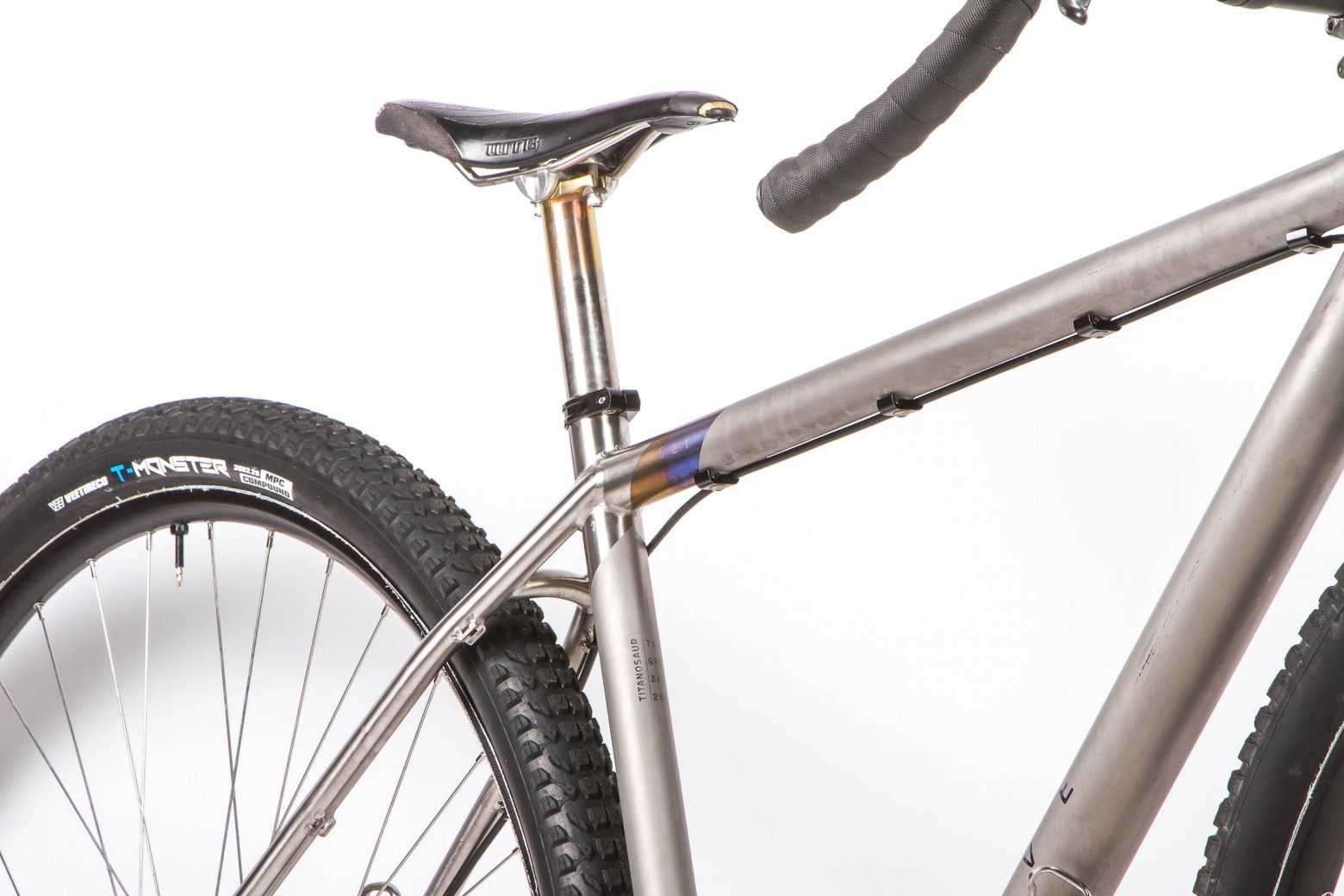 The 36-inch wheels make this gravel bike a tremendous all-rounder. It's going to be hard for this bike not to roll beautifully and absorb unspeakably well. With an extremely short power, they show off a geometry that seems to tilt the frame backwards, with a very open bottom bracket angle. This, they claim, makes the feel much more similar to riding a 29", so that the shock is not as abrupt, to have the benefits of a 36" but without the disadvantages that might come with adapting to it. 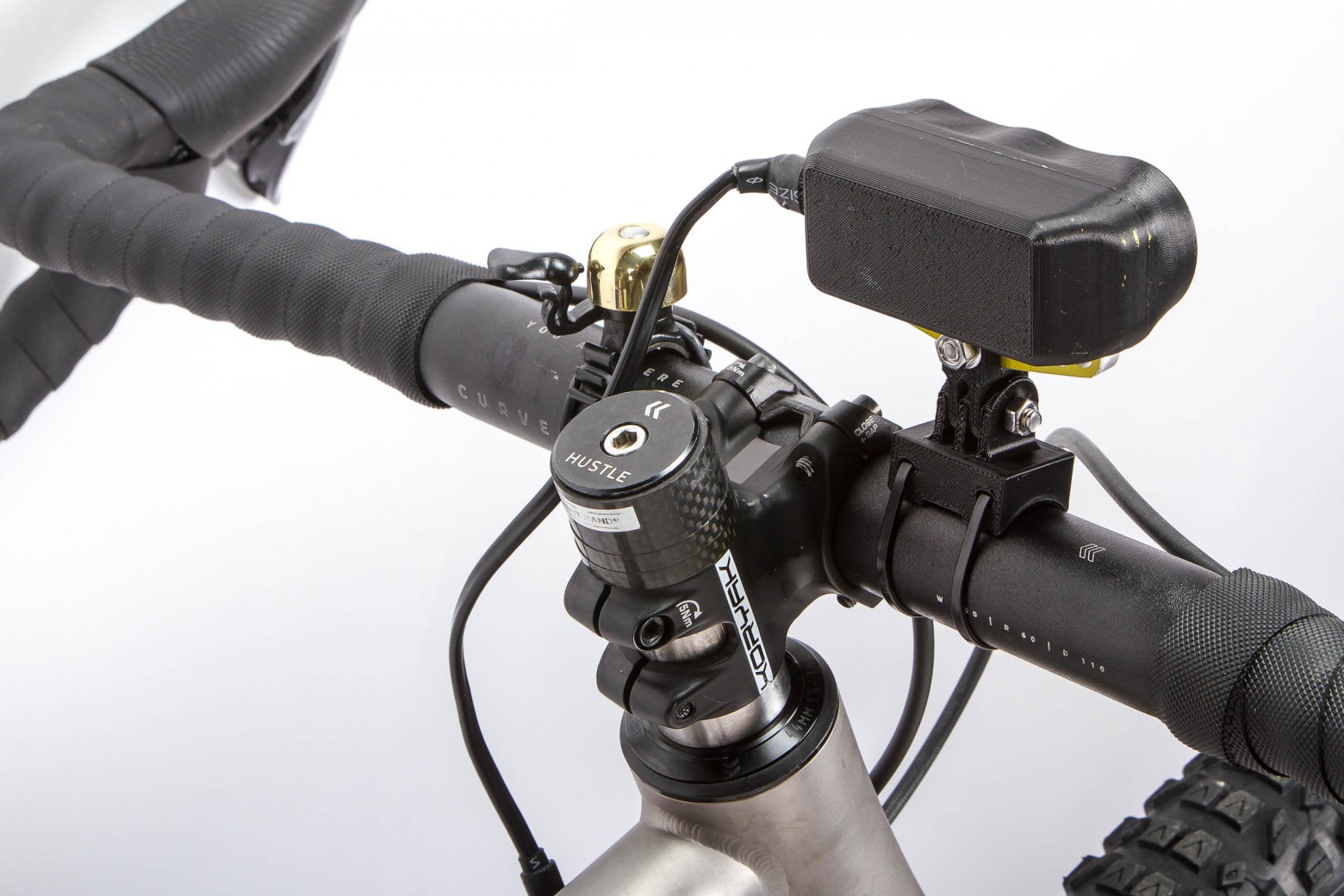 It is still a prototype. In fact, at Curve they often talk about the difficulty of manufacturing this bike in mass production, as 36" wheels are not the most common and, therefore, it is difficult to keep a constant supply of stock. In this constant testing of manufacturers, it seems that the 36" Alchemist wheel, made of carbon, has ended up being the winner. 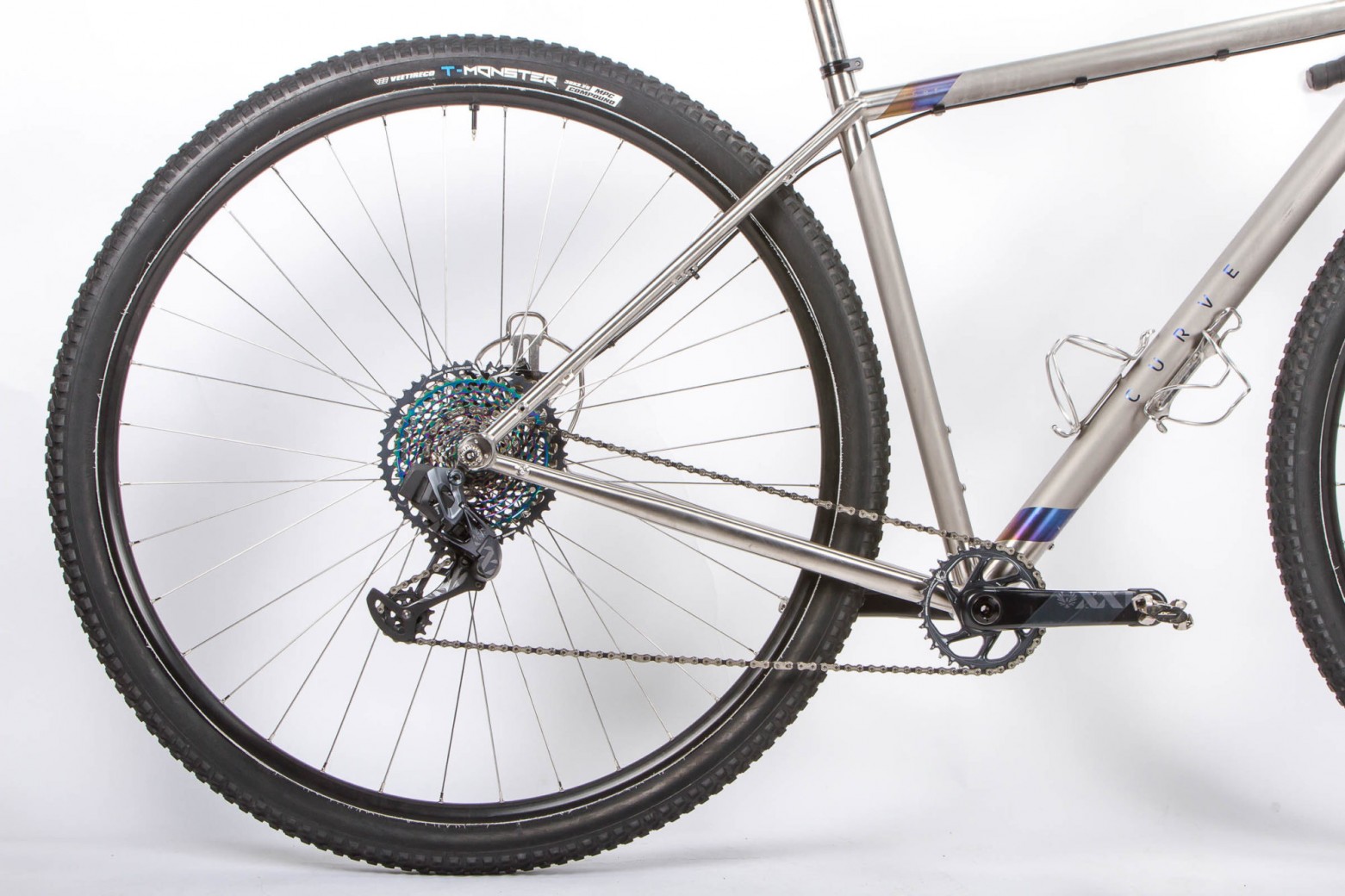 The Curve Titanosaur is not yet available. In fact, the testing phase is likely to take all of 2021, so this 36" gravel bike won't see the light of day until late 2022. It will be powered by SRAM because SRAM Australia has backed the Curve project, but that too is yet to be determined. As does its price, which remains an unknown.