The BMC Fourstroke World Champion edition of Sarrou in detail

The brand new rainbow jersey features a personalized mountain bike that reminds his victory in Leogang. Jordan Sarrou shows off BMC Fourstroke and we'll show you how it looks. 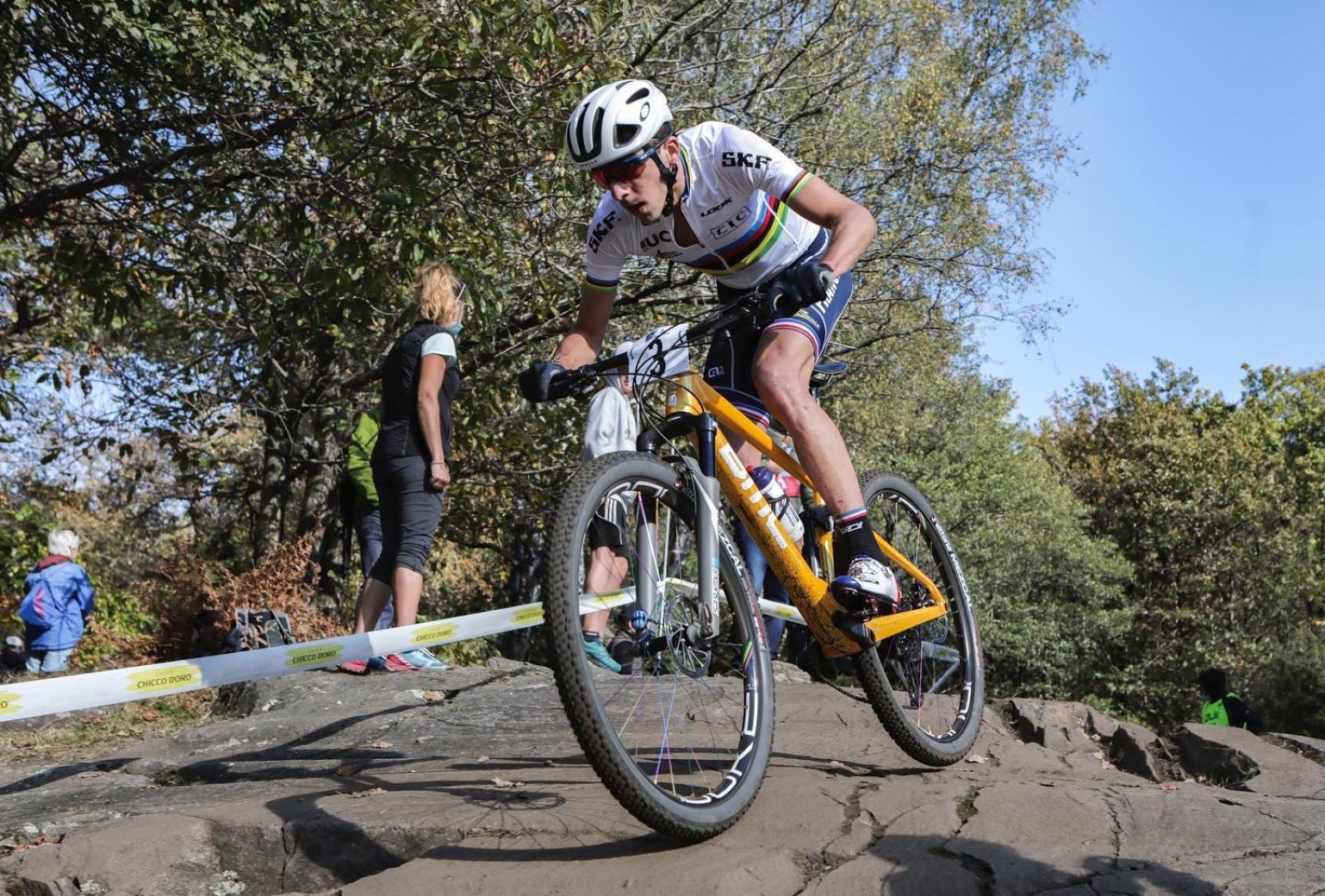 Yesterday he competed in the XCO European Championship where he could only finish fifth, but he did it with a rainbow on his chest and a personalized BMC Fourstroke that commemorates his victory in the World Championship in Leogang. Sarrou won the gold then and in BMC they didn't want to lose the opportunity to create a special mountain bike. Nino Schurter's hammer had fallen after five years and it deserved every celebration. 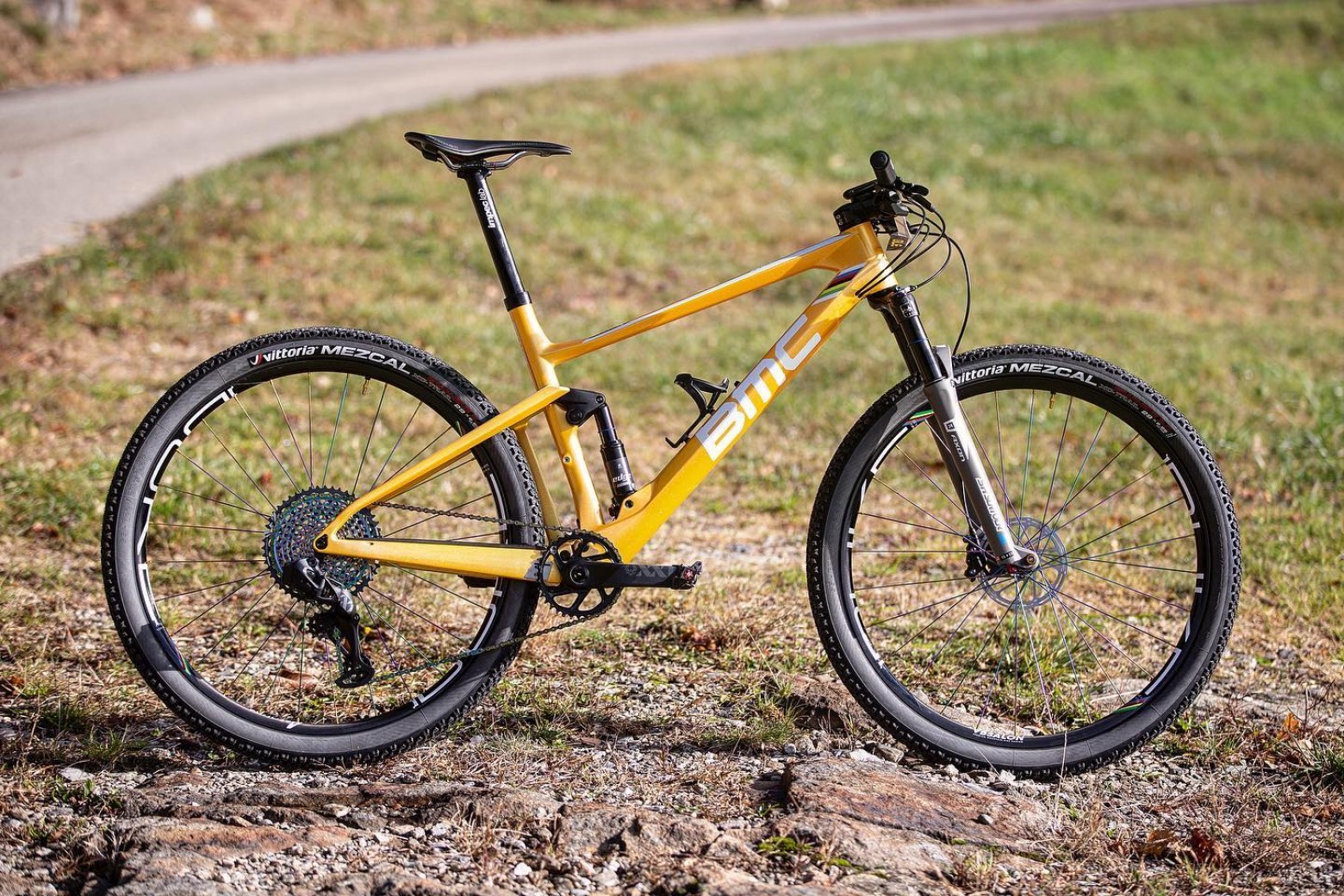 For this purpose, BMC has created an incredible mountain bike of only 10.4kg including the pedals and in the size of Sarrou himself, the L. With an exclusive colour, a yellow with a pantone that leaves no room for doubt, and that even seems to combine with the second lower band of Sarrou's rainbow. 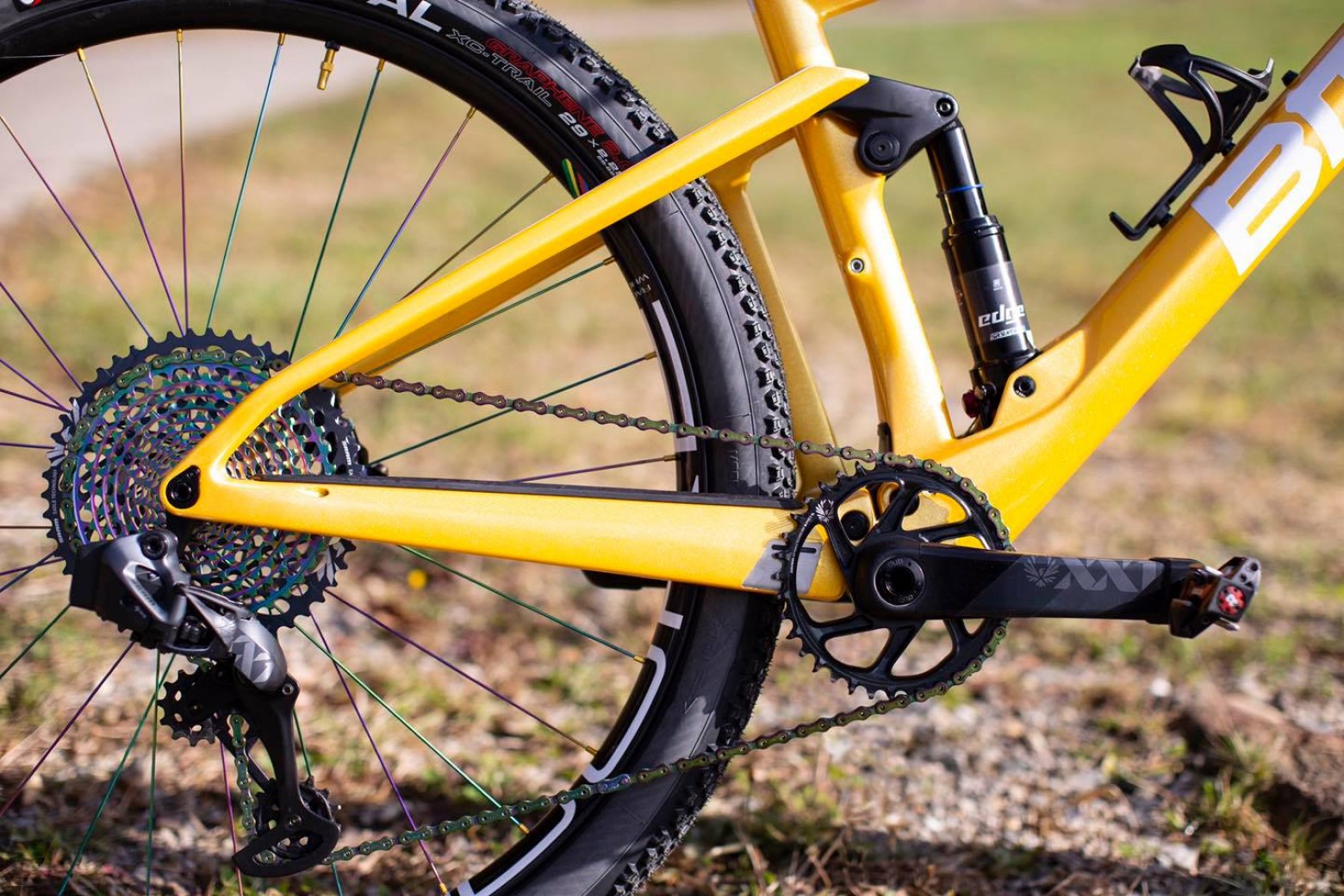 The BMC Fourstroke features a SRAM XX1 Eagle AXS with 12 crowns and a 34-tooth mono plate. 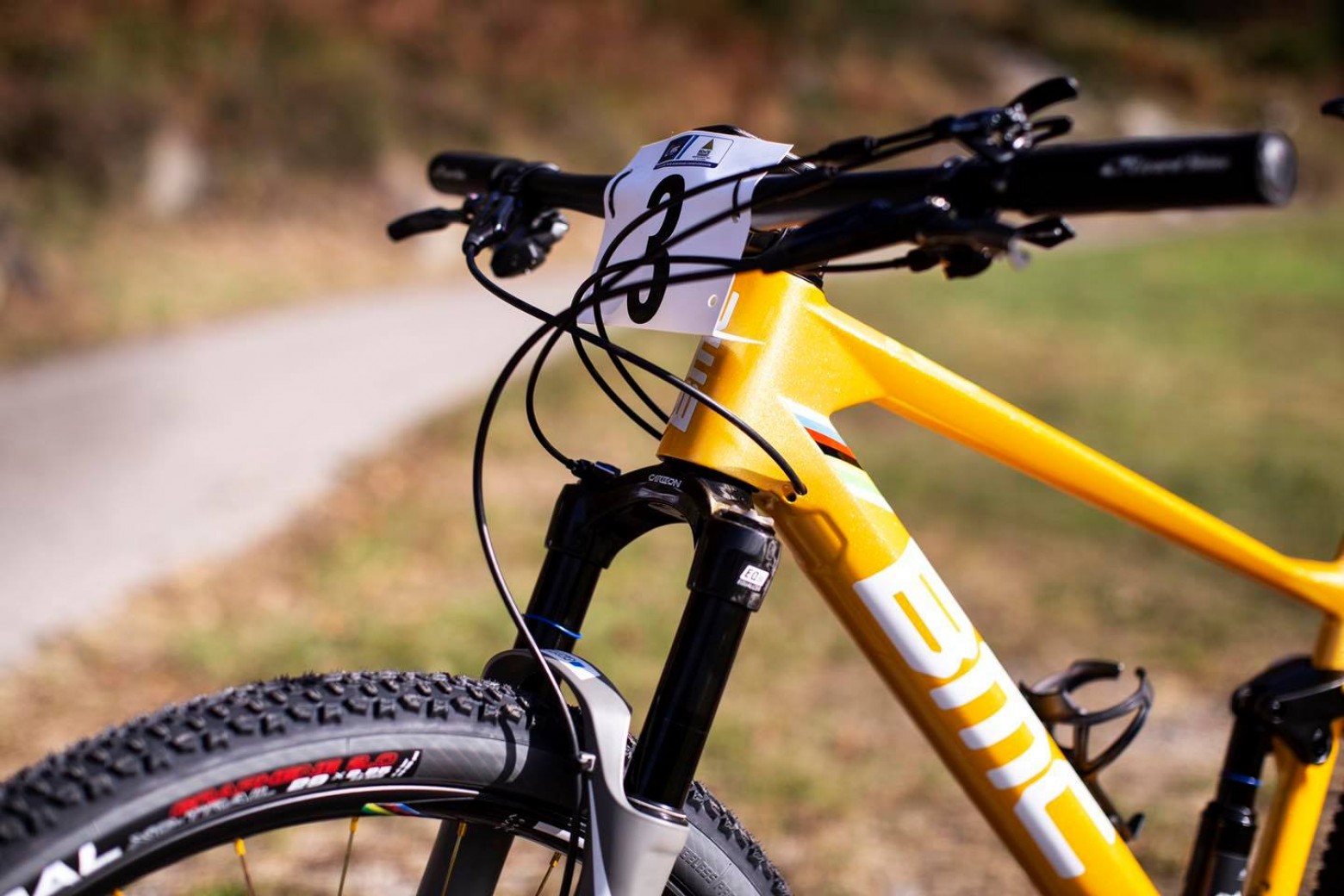 The BMC Fourstroke by Jordan Sarrou is a spring-loaded bike, with Sr. Suntour at the front and back (it should be remembered that this is a standard FOX mountain bike, but the Frenchman signed with Suntour). It has 100mm of travel both in the fork and in the rear suspension, a suspension that can be locked in the left lever of its handlebar. It incorporates the virtual pivot, the BMC APS so characteristic. 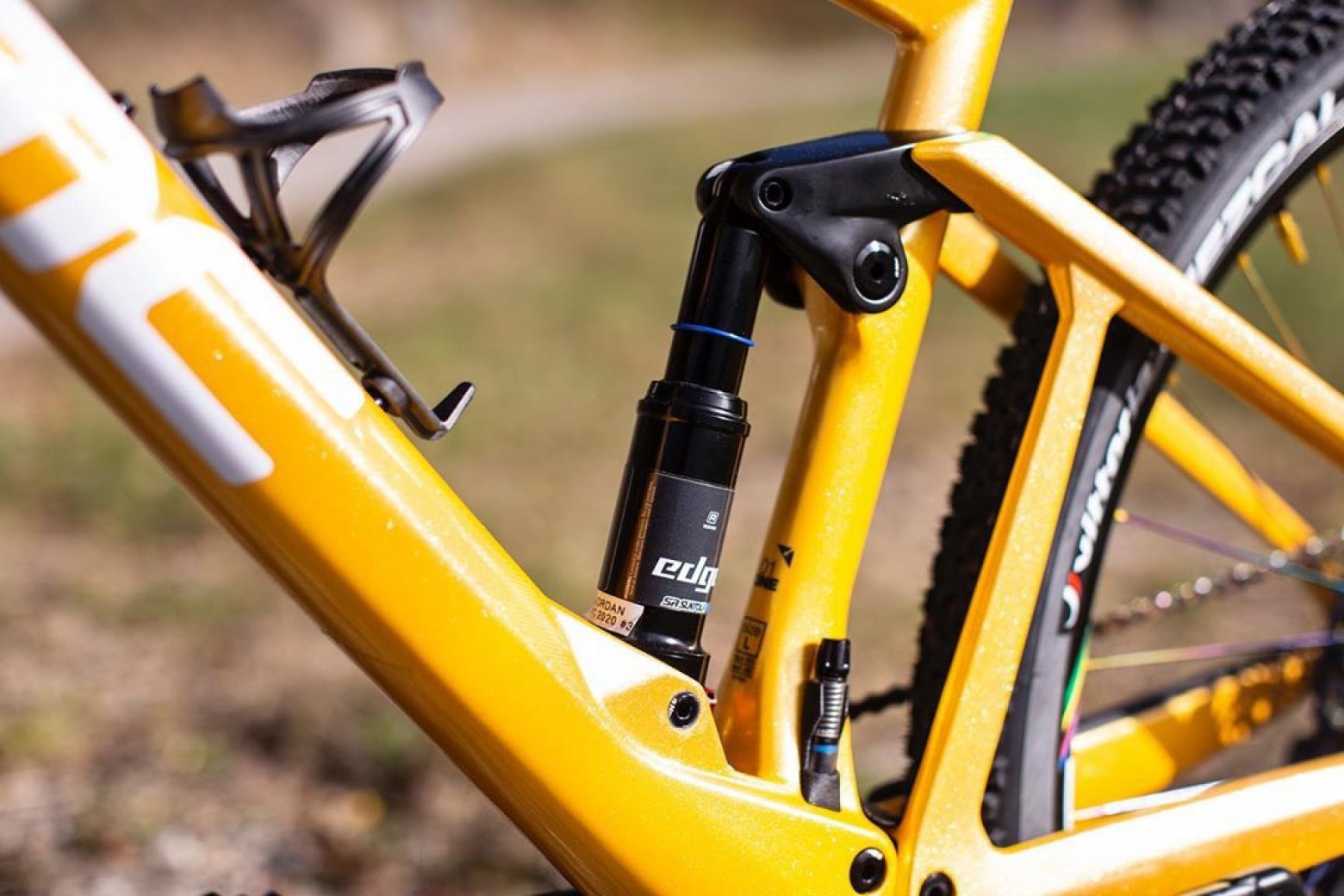 Underneath this button, that one for the telescopic seat post, there is a BMC oval with 80 mm of travel and that prototyped system that allows it to be lowered without exerting any force. 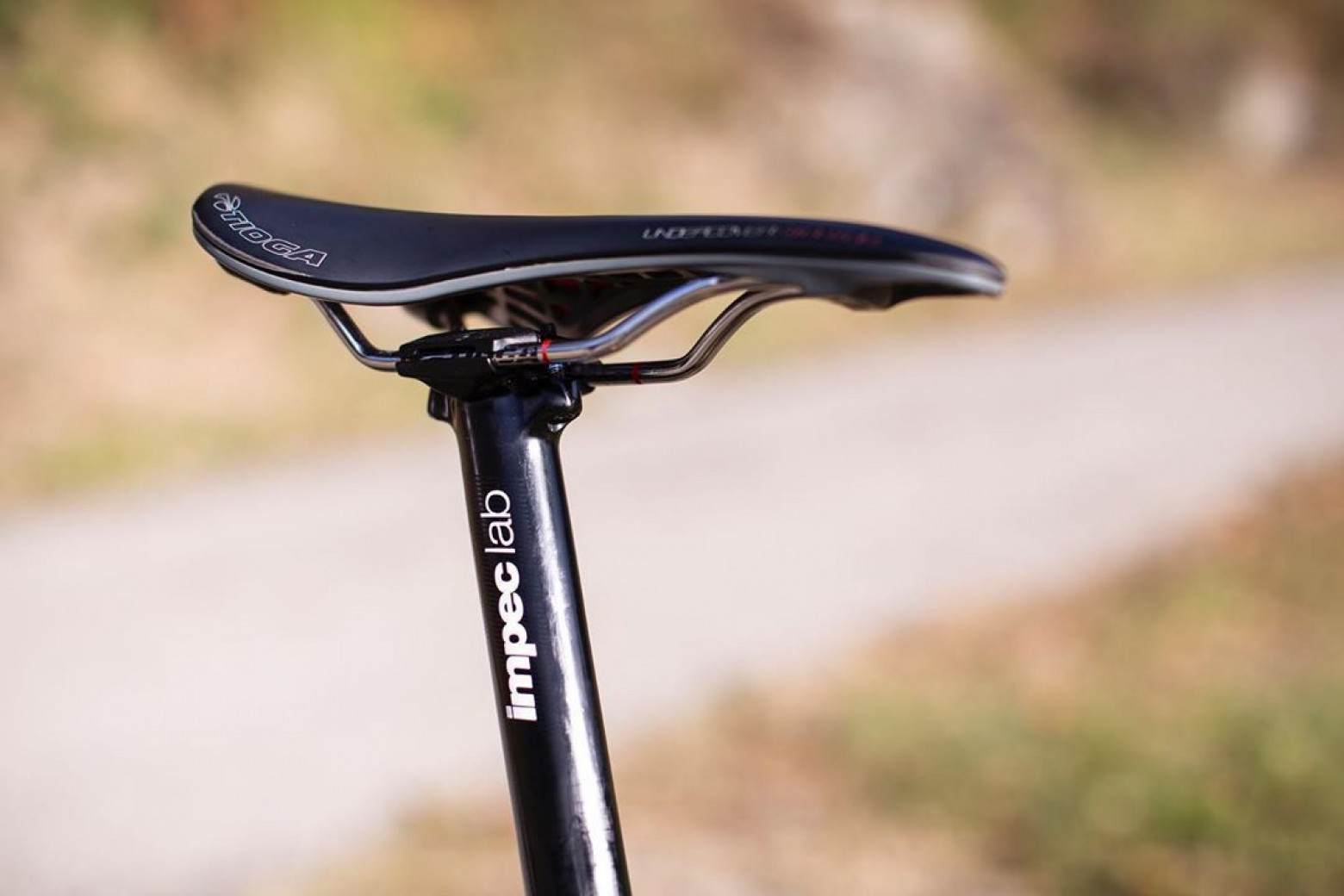 There is a small, insignificant detail in the painting that reminds us of the victory in the World Championship in Leogang, but it does so with the usual finesse and elegance of BMC, which is not usually lavished with outlandish designs and relies more on flat colours and a classic halo that is the hallmark of the Swiss manufacturer. Thus, this rainbow is added at the junction between the top tube and the diagonal of the frame: only Jordan Sarrou will be able to see it as he rolls, which will remind him of what he is capable of achieving. 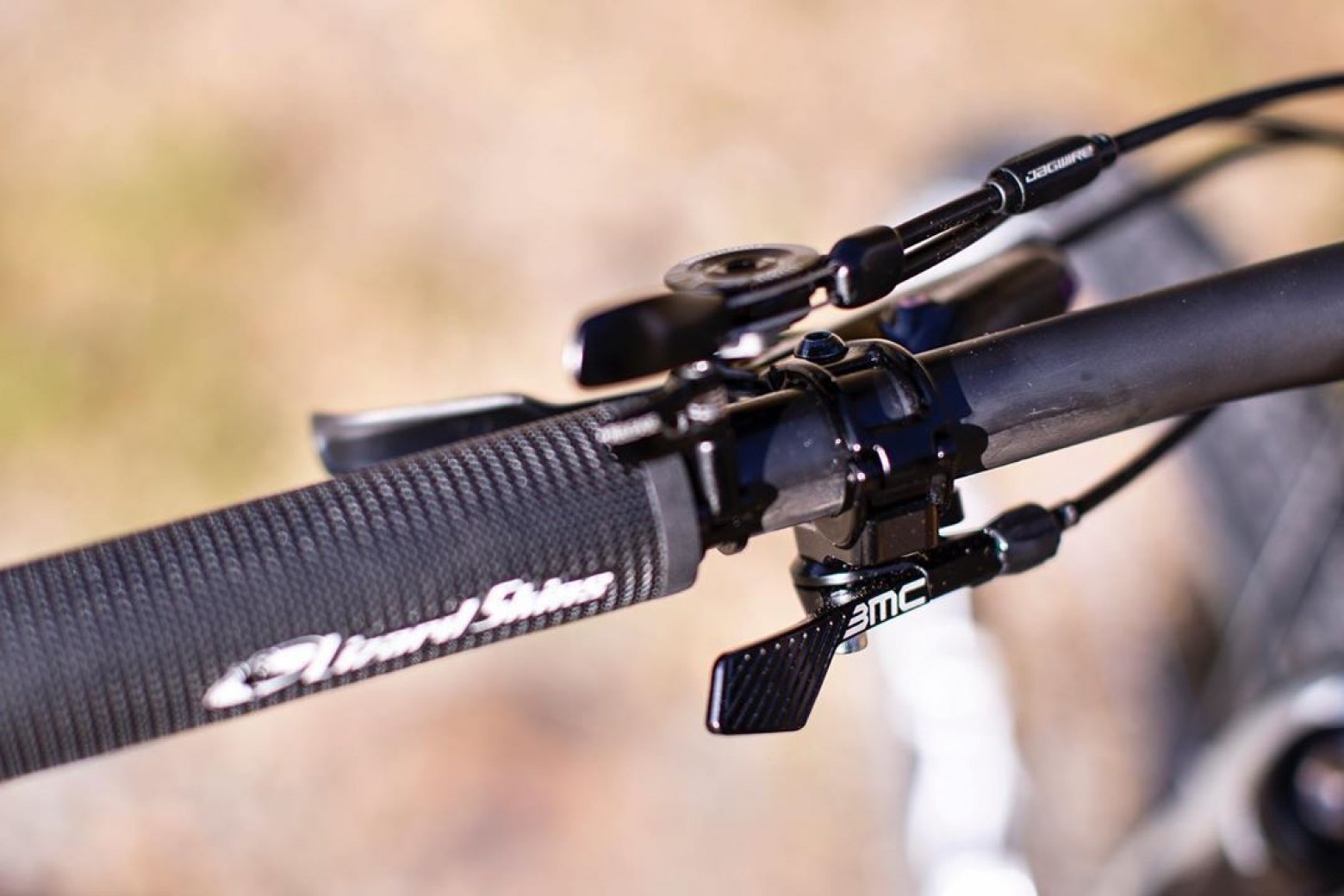 For the moment, the model is unique to Sarrou, and no similar edition is available for sale. But this BMC Fourstroke seen yesterday will probably be the preview of something similar, an exclusive print run that will commemorate something historic among its followers.