What is the most aerodynamic position on the bike? Science has the answer

In recent years, we have seen some of the most outstanding cyclists of the world risk in the descents with the most striking positions. We have reached a point where each cyclist uses a personal posture, in which he feels more comfortable or the one that works best for reaching maximum speed. But is there a perfect posture for the descent in cycling? Does it depend on the athlete? In this article, we will try to shed light on this issue and come to some conclusion.

What is the best position for the descent in cycling?

In a sport professionalized to the extreme, in which every detail is measured to the millimeter and there are millions of euros at stake, how is it possible that there is no clear conclusion about the aerodynamics in the descent?

The closest thing to this is the study carried out by Bert Blocken, a researcher at the University of Eindhoven, who compared some of the most extended positions in cycling. Blocken arrived at very clear conclusions: the percentage of speed that is gained with each one of them. In the lower image we can see the six positions compared. 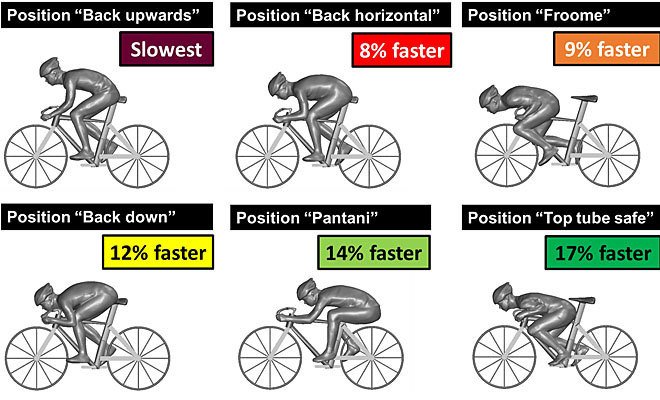 The conclusion is that the innovative position with which Chris Froome surprised everyone in the 2016 Tour de France is not as effective as it seems. The differential in that descent was marked by his legs and not the aerodynamics, which is more in favor of more classic postures.

The best position according to the study, it's in which the cyclist is placed on the handlebar covering the frame with his trunk, not only would it be the fastest, but also the safest.

The reality is that Bert Blocken's study, which brings interesting knowledge, can not be extrapolated as a law to any cyclist. The morphology of each one is decisive, as well as the descent that is faced (if it is more or less twisted, the length etc.) or, simply, how comfortable and safe the cyclist feels. The treatment is always individual, and that's why the best cyclists in the world do not impose a common position: they are aware that the best position for Chris Froome does not have to be for Peter Sagan. 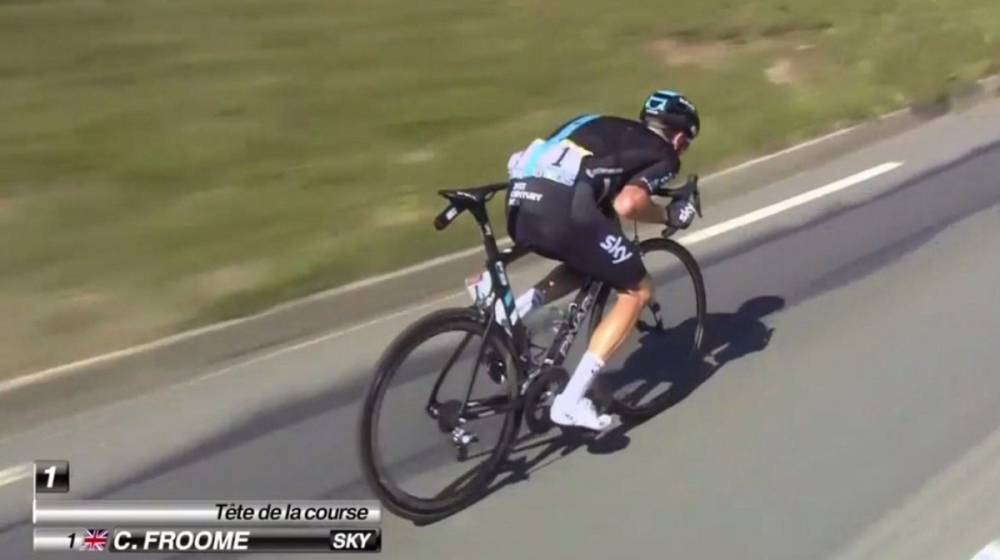 Now is your turn. What do you think is the most aerodynamic position for a descent in cycling? What position do you choose when you have to face a descent?