Hellish circuit in the 2020 Leogang World Championship. Mud, cold and an enormously complicated track were difficult to digest. The DH's elite men set off with the advantage of seeing what had happened in the women's event, a strategy summed up in one idea: standing up meant touching metal. 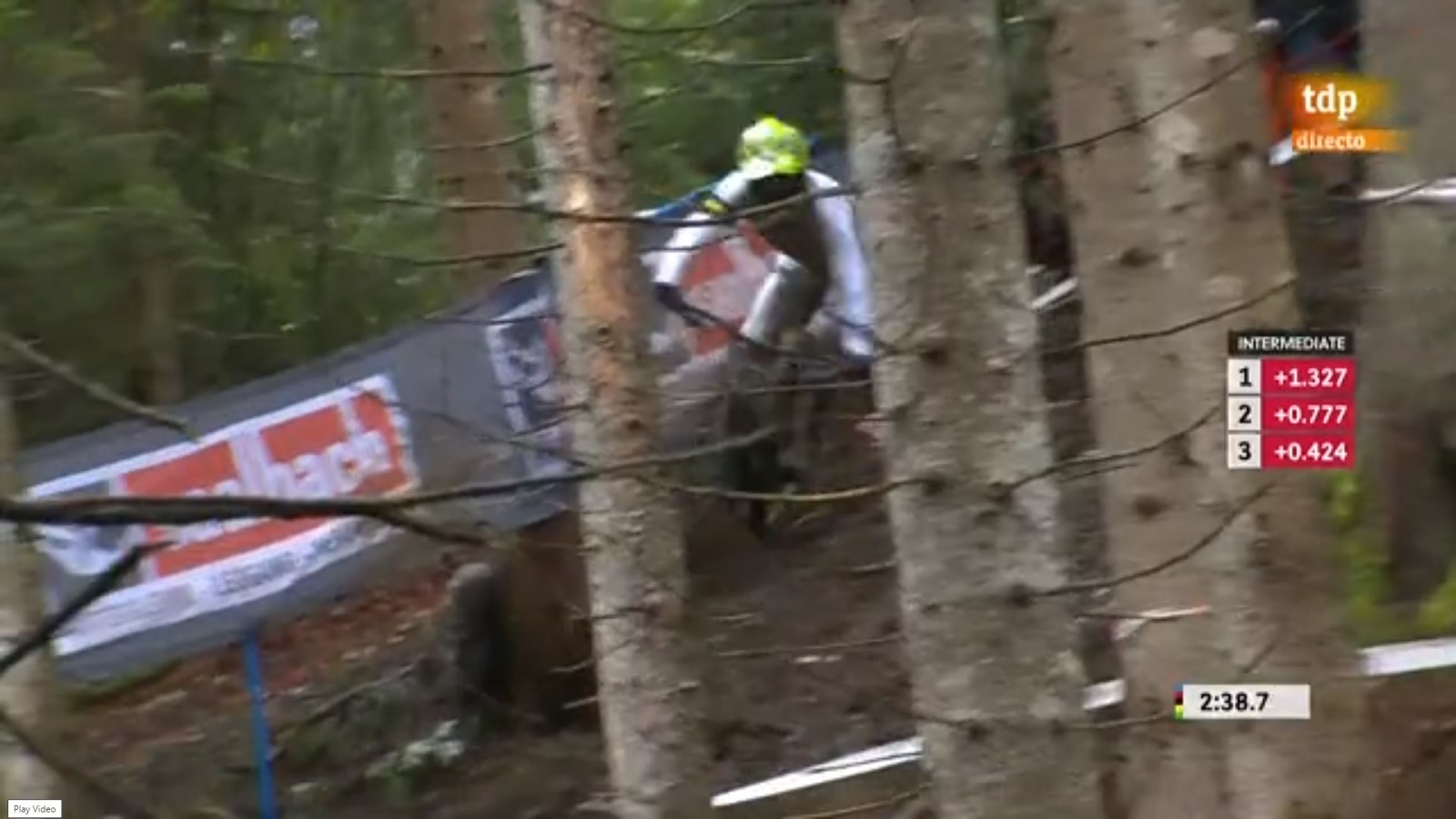 Summary of the first part of the 2020 DH World Championship

The race began with the candidates, who mostly went to the ground, one way or another, at the entrance to the forest, given the high contrast of light, the first complications were observed when it came to taking the good route. 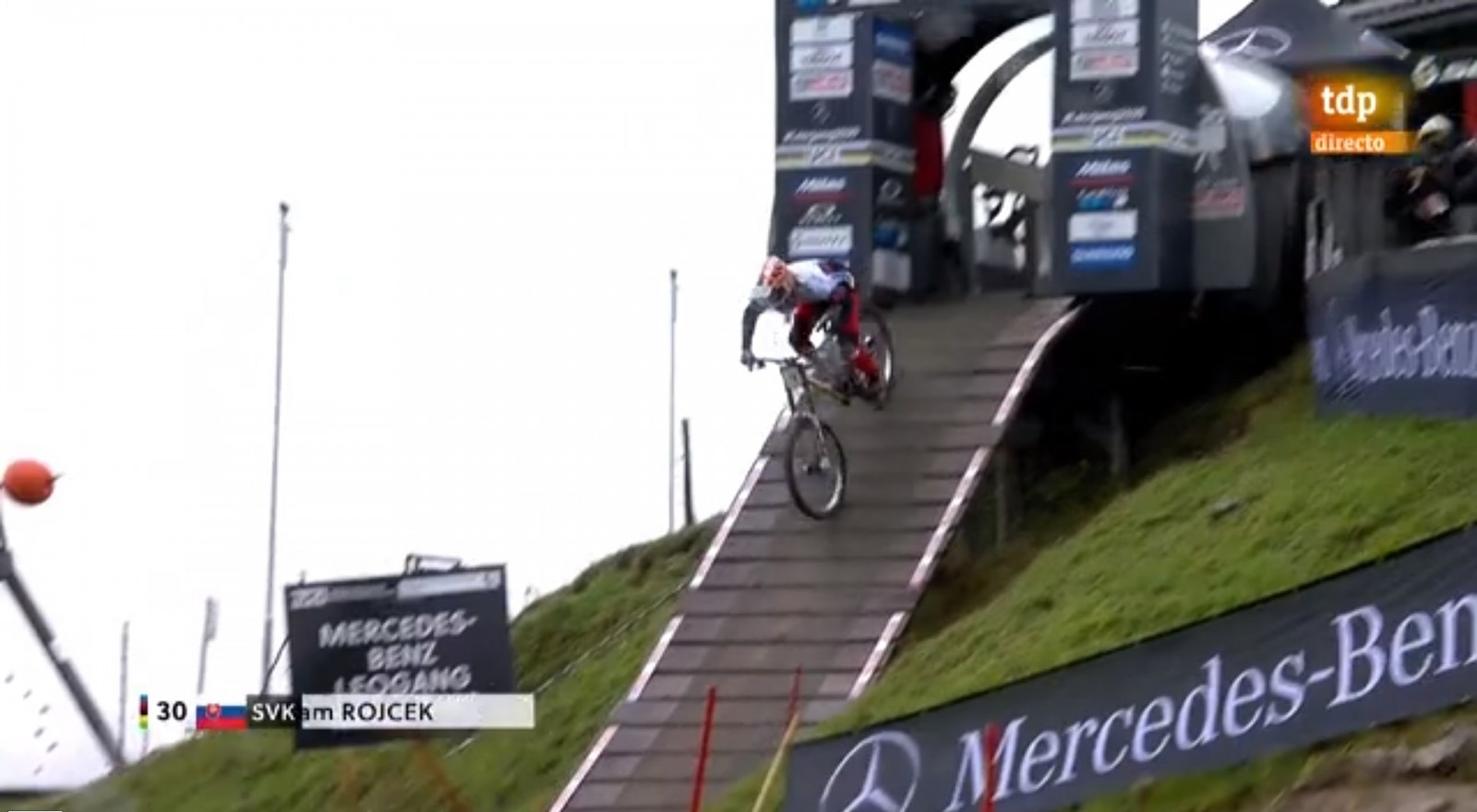 From the first arrivals at the finish line, the figure of Wilson stood out. The British man was placed in the lead position for a long time. The stretch of forest, with roots, served as a sieve: anyone who was setting similar times at the head of the race, was because he was risking and in this area there were many falls.

Gwin, one of the first on the list of favourites to enter the track, had a hard fall that took him about 20 seconds off the metals. The American entered the finish line quite angrily. Annoyed faces were a constant feature of the race. It's hard to be a great rider and assume that the circuit would send you to the ground at the first sign of change. 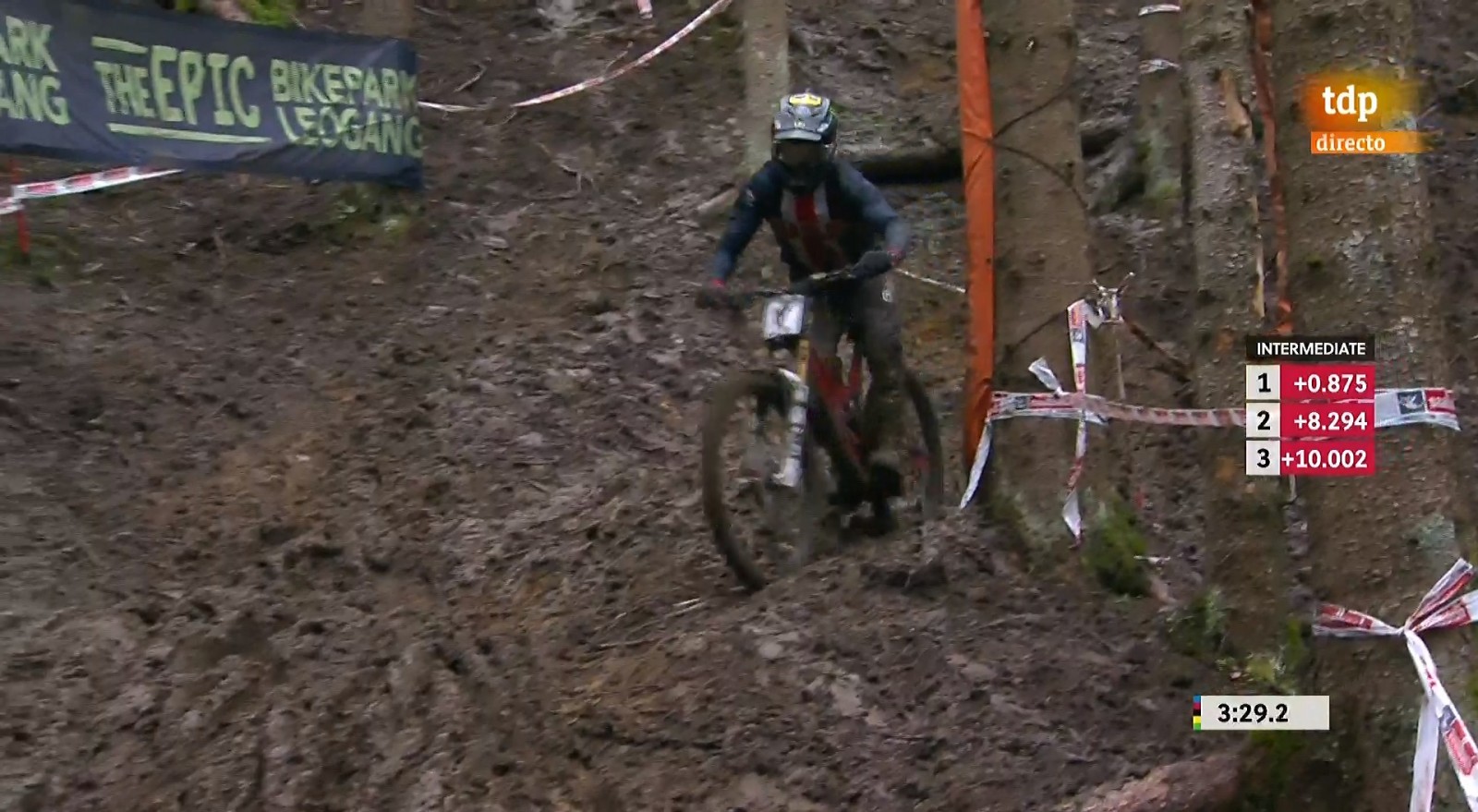 An atypical Leogang World Championship. Alex Marín, the main Spanish asset was almost all the initial stretch with his leg out and saved dignity until the last important jump in the root stretch, where he went to the ground. Marín did not look comfortable, as he was tasting the mud again before leaving the forest. So slowly he reached the end, that he had to take the escape and avoid the jump. Far away the Spaniard from the head of the race. 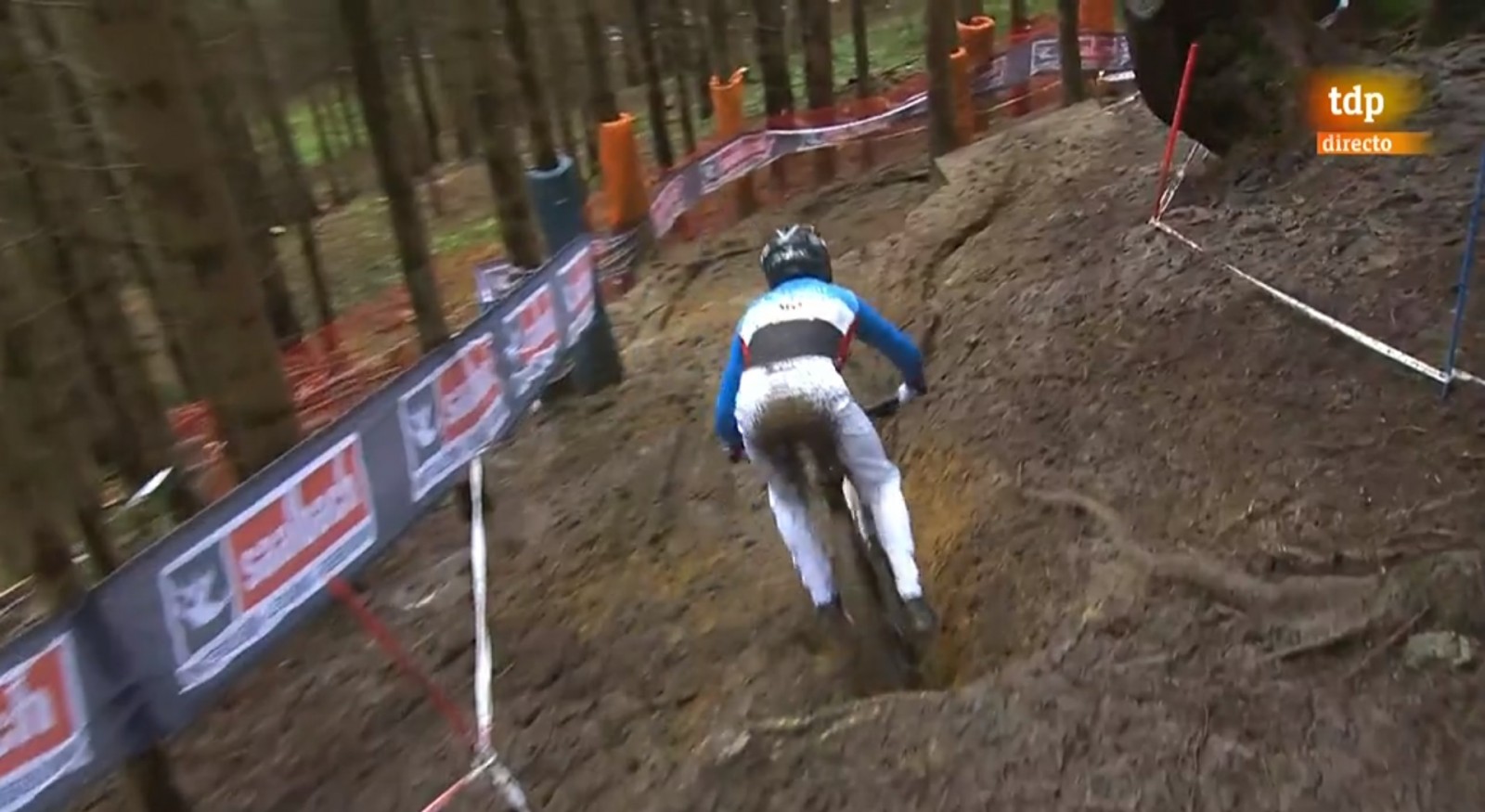 Wilson and Kerr were marking gold and silver at the first break. The British were there, but all the favourites were missing from this Leogang mudflat.

Almost everyone did take the final jump with the pit, as they arrived with a little more speed after dragging the bulk of the mud in the last curve before them, and threw away the 50 kilometres per hour, despite the fact that the snow appeared again in abundance. That's what you get when you ride a mountain bike down a ski resort. 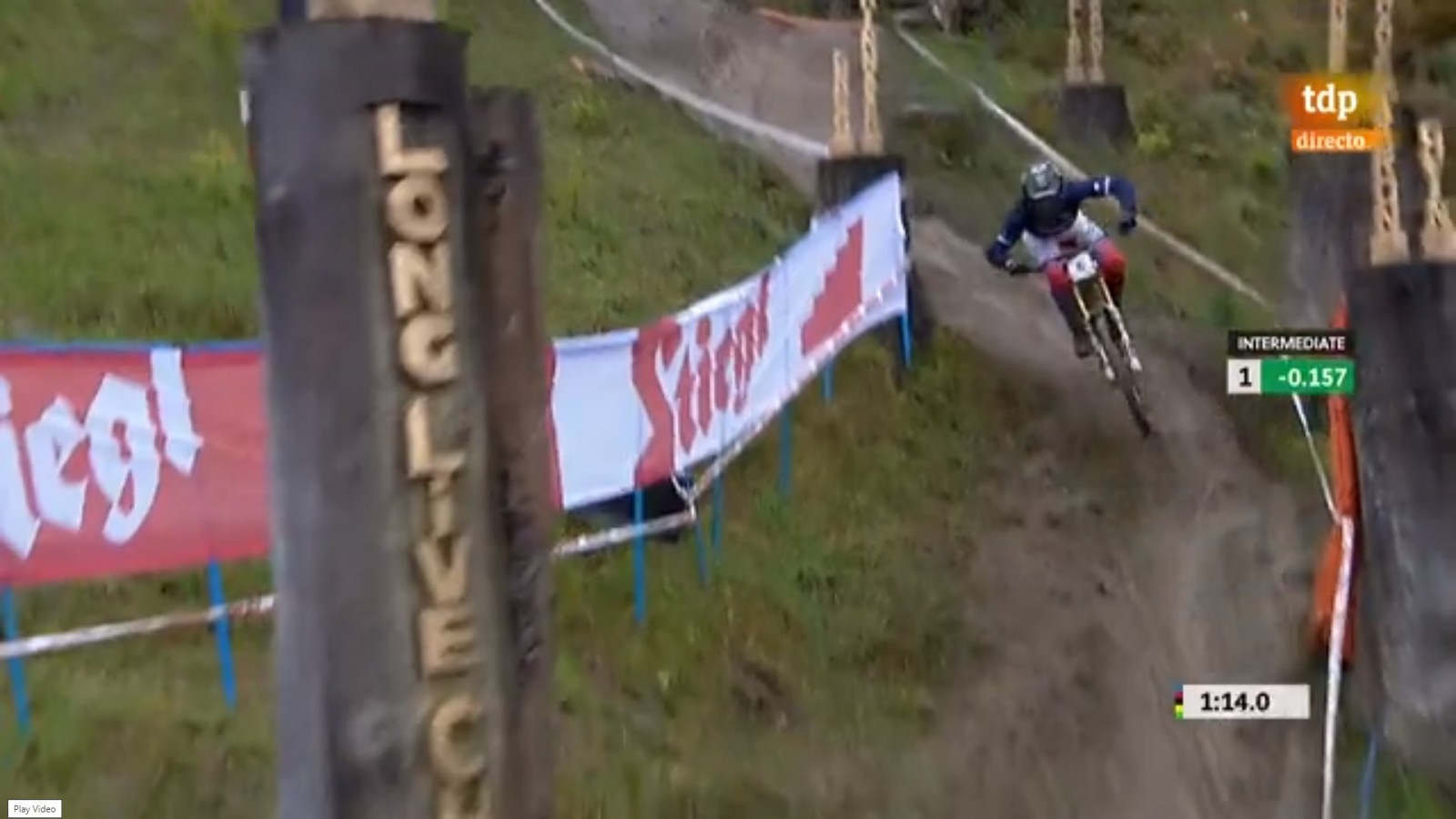 The Americans didn't have their day. Wilson would go down a couple of times and focus on preserving his physical integrity until the end of the test.

The weather was changing. More wind and more snow. After the women's event, 80 male riders were going to finish the Leogang circuit. Everything was getting complicated and the British were cheering. Everyone who went out and lowered their times in the first part, used to fall down in the second part. The best example was Jure Zabjek, with a first part in which he lowered his best time by half a second, but that was ruined by a fall on a root. The Slovenian was an example of dozens.

Kerr fell from the podium, but Wilson stayed ahead and the end of the race was near. Either he was overtaken by the favourites or the British rider was going to touch metal. Trummer made a great downhill run but the Austrian finished second. And there were only 6 riders left to go down.

Loris Vergier, the fastest in the classification, saved the fall in the first stretch and remained in the fight and on his feet the whole time, but lost more than 8 seconds before the jump from the pit. This showed that, as muddy as Leogang's route was, it was a different story. Greenland fell almost before he got out. 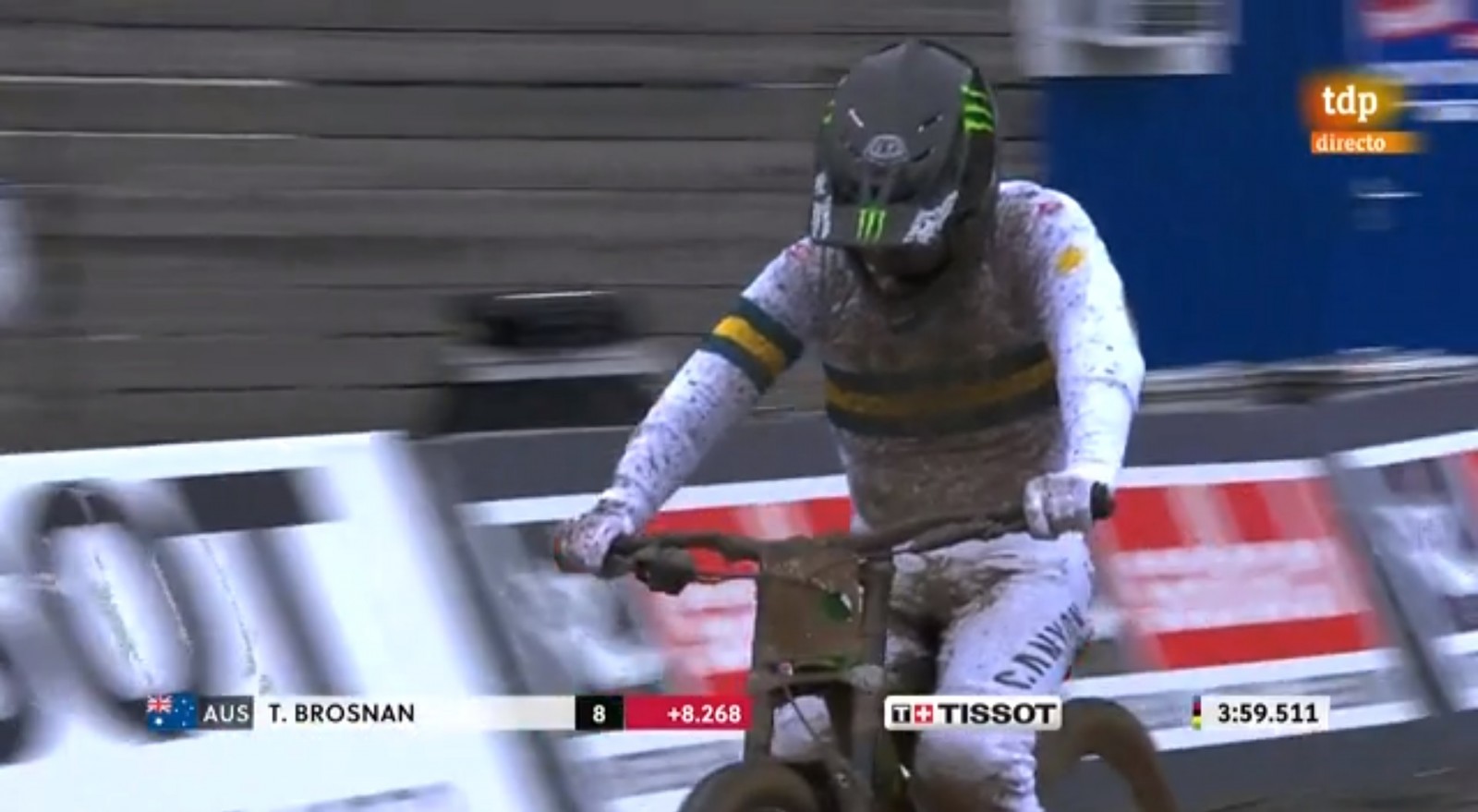 The tracks in the wooded area were getting deeper and deeper. Wilson could hardly keep his calm on the podium, he knew that the atmosphere was beginning to smell of gold. There were only four riders left. But what 4. All open in Leogang. 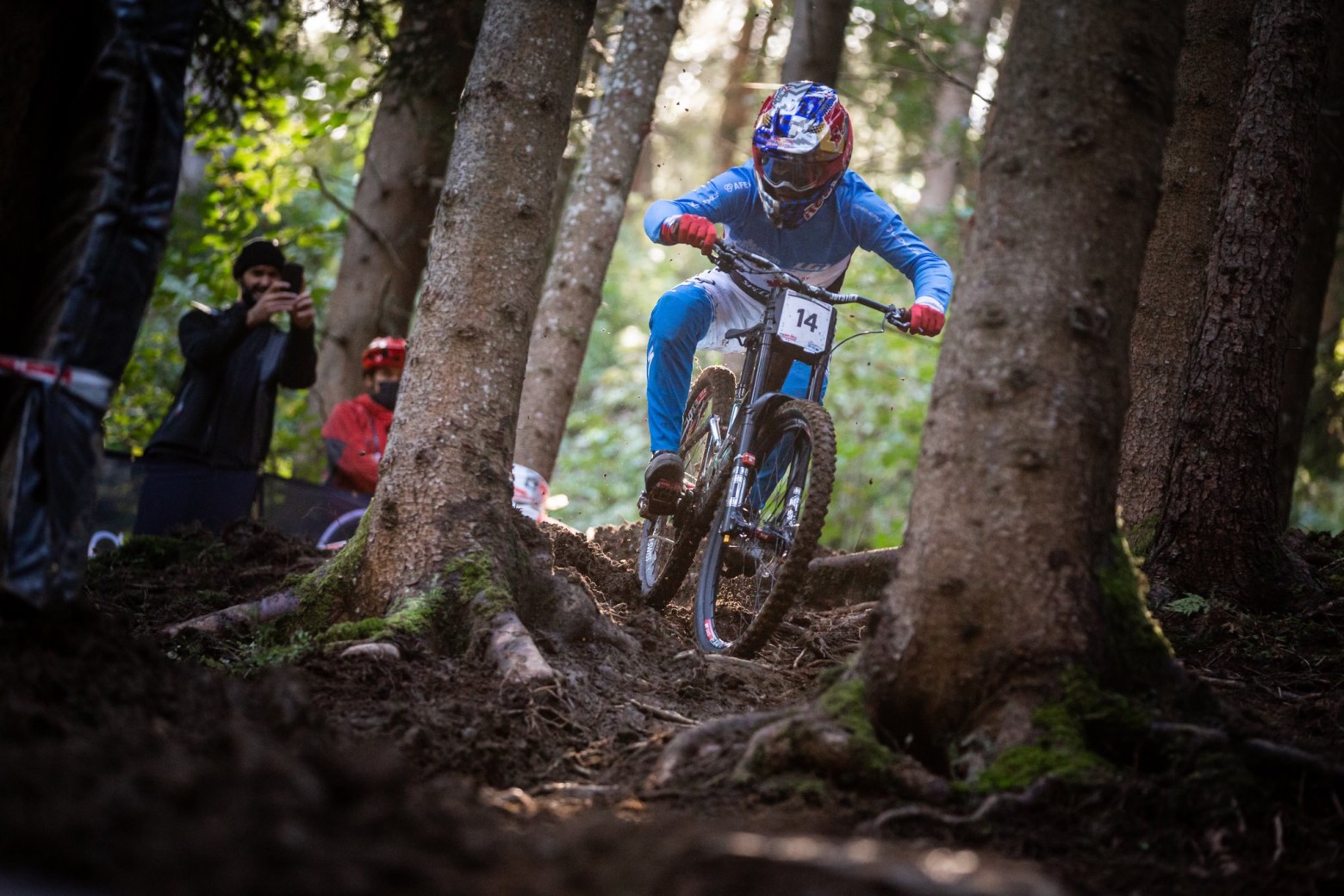 Greg Minnar had a long fall in the first stretch. The 38-year-old South African was saying goodbye to his options. The triple World Champion even fitted the fork between two pines, which showed that the circuit was unusable and very complicated. More snow, more water, more nerves and more pressure. Less options to unseat Wilson. 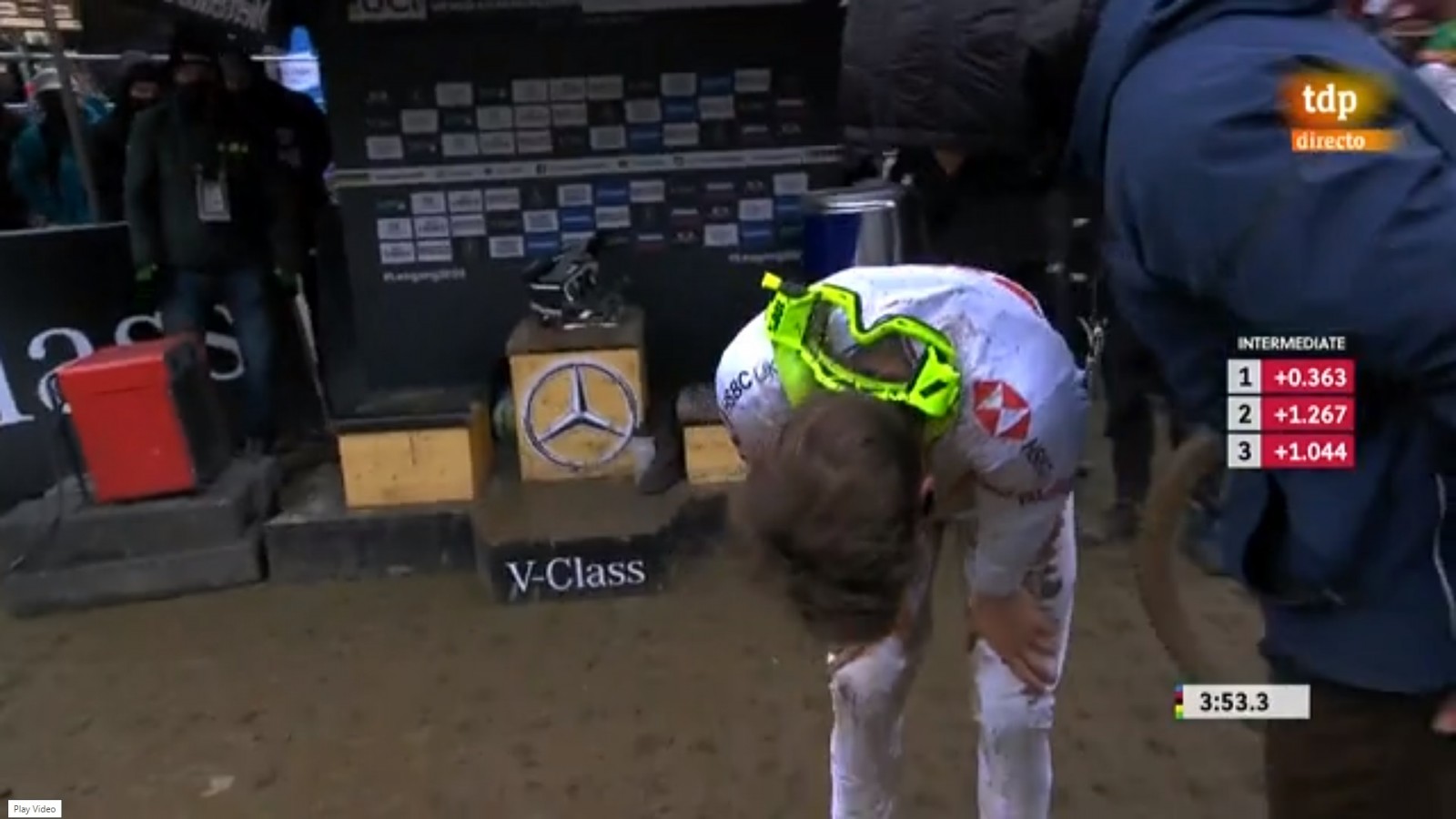 Danny Hart even went out of the Top 10. Troy Brosnan improved his times but went down as soon as he entered the woods. Loic Bruni would go down in the middle of the forest, just when Wilson was crying. Rainbow jersey for the British rider, out of the favourites. Another surprise. One more of this World Championship in Leogang. The 39th in the ranking won in DH and closed the World Championships.