In a slightly atypical season, the XCO World Championship in Mont-Sainte-Anne seemed to be the appointment chosen to settle some outstanding accounts. Here, the Swiss Nino Schurter has re-proclaimed XCO World Champion for the eighth time, fifth in a row. 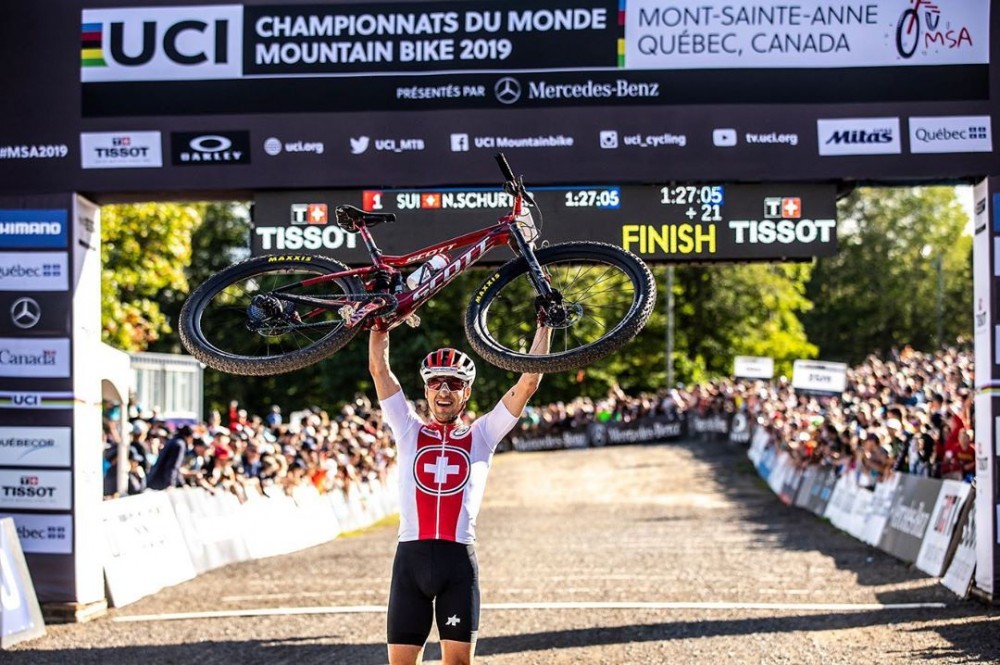 The start was very fast and Avancini took the lead first. Although the pace was strong, the group did not break but Ondrej Cink, Avancini, Nino Schurter, Jordan Sarrou, Victor Koretzky and David Valero marched first with a small gap of just 2 seconds.

The Czech Ondrej Cink sted up the pace until little by little the group was stretching and Avancini, Schurter and Cink managed to leave alone. The French Sarrou, Koretzky and Tempier followed them within 5 seconds and before finishing lap 1 they had already reached them.

The fight that Avancini and Schurter had been maintaining throughout the season seemed more alive than ever in Mont-Sainte-Anne and they both kept attacking and counterattacking, although the Swiss gave the feeling of being a little more conservative. 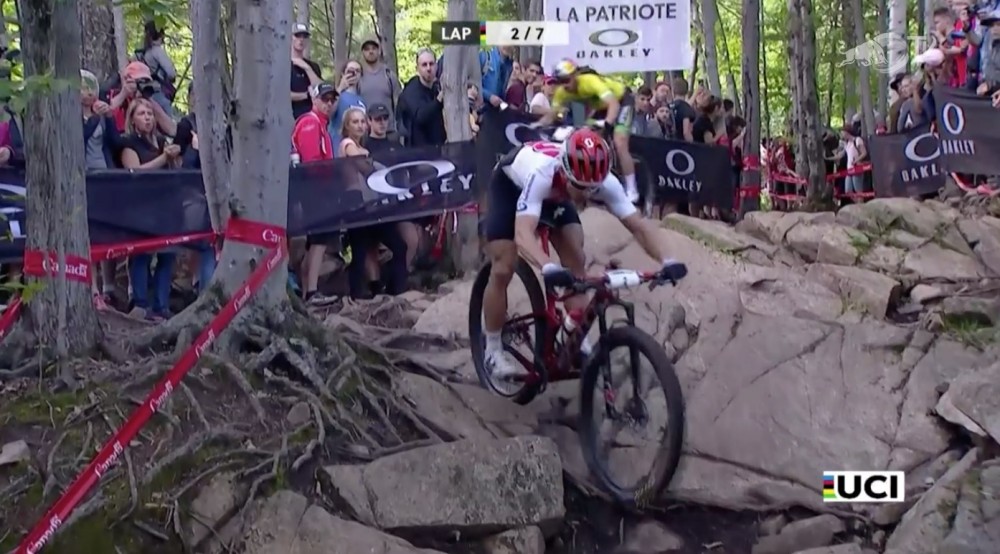 But they were only appearances, on lap 2 Schurter launched a hard attack on a very concrete climb that allowed him to take advantage of his lead down.

Avancini did not lose his temper and during lap 3 he had already managed to reach Nino and roll again first. 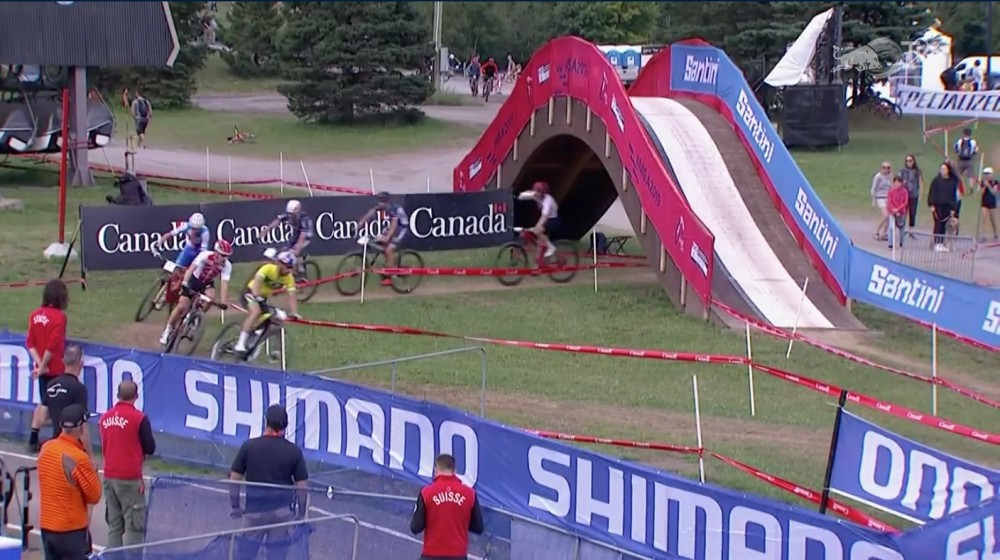 Mathias Flueckiger arrived as a lightning bolt at the head of the race during lap 3, took the lead and rose the pace once more, followed by Avancini and Schurter. 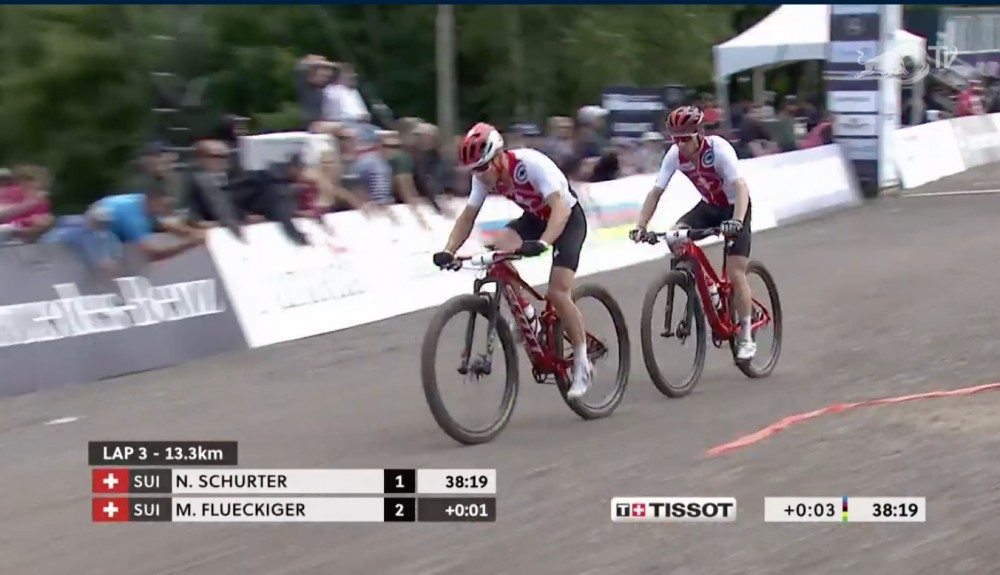 It was a sight to see how the two Swiss, Schurter-Flueckiger, flew in the most technical downhills. In fact, one of these downhills allowed them to leave Avancini who passed 11 seconds behind, together with Tempier, at the start of lap 4.

Stephane Tempier assumed the job of reaching the Swiss and did well, because during the same lap 4 he led the race.

Bad luck was presented to Flueckiger in the form of a puncture which left him out of the race head. Although Mathias is characterized by not giving anything for lost until the end. 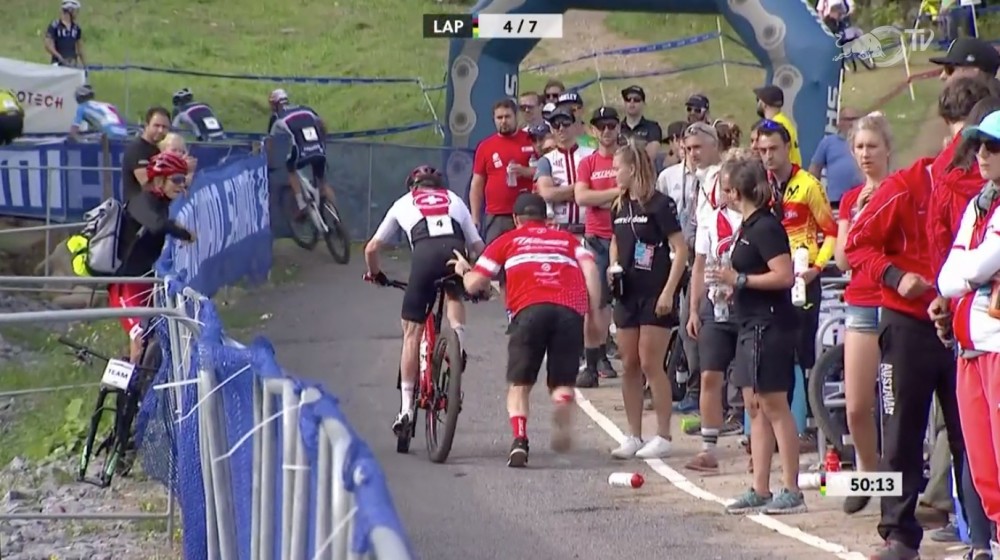 Lap 5 began with Schurter and Tempier ahead, 26 seconds away of a chasing group where Avancini, Koretzky and Carod were. 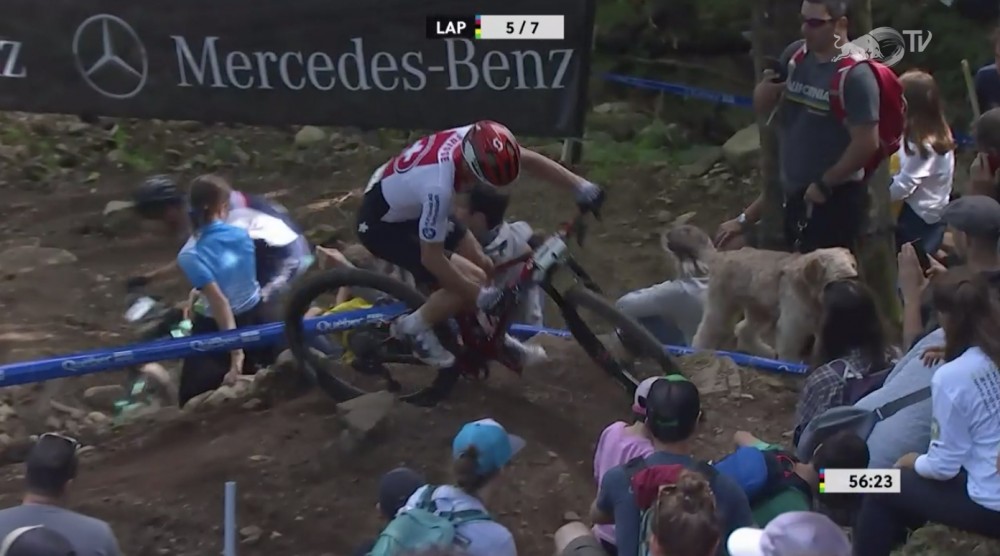 Nino Schurter, on the uphill of La Marmotte, attacked very seriously and now he left first alone. In addition, Tempier suffered another puncture that forced him to stop. 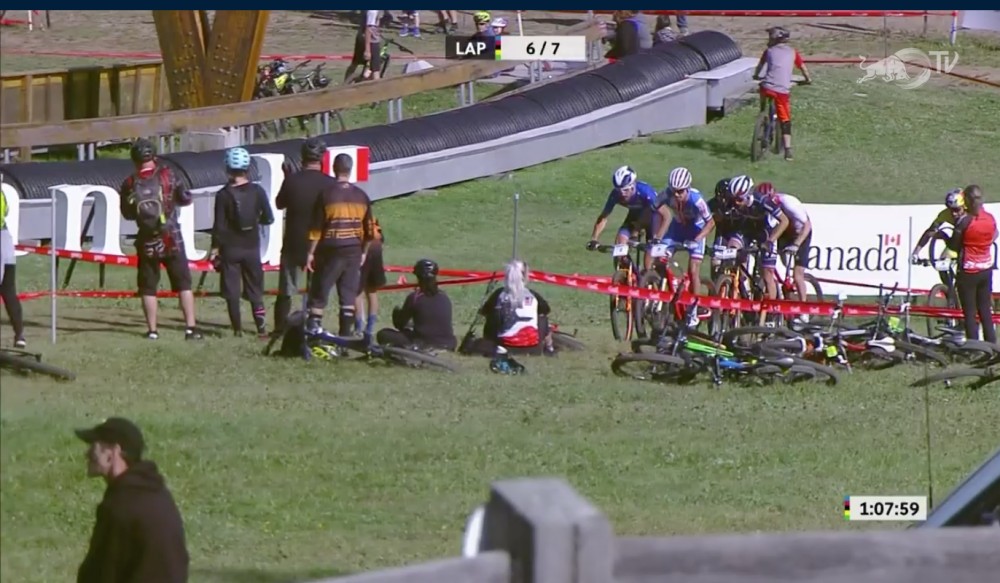 On lap 6, Nino Schurter already had a 40-second lead that he had to manage in the absence of 2 laps. Avancini seemed to be accusing the effort of the first laps and struggling not to get off the chasing group, where silver and bronze medals were being disputed. 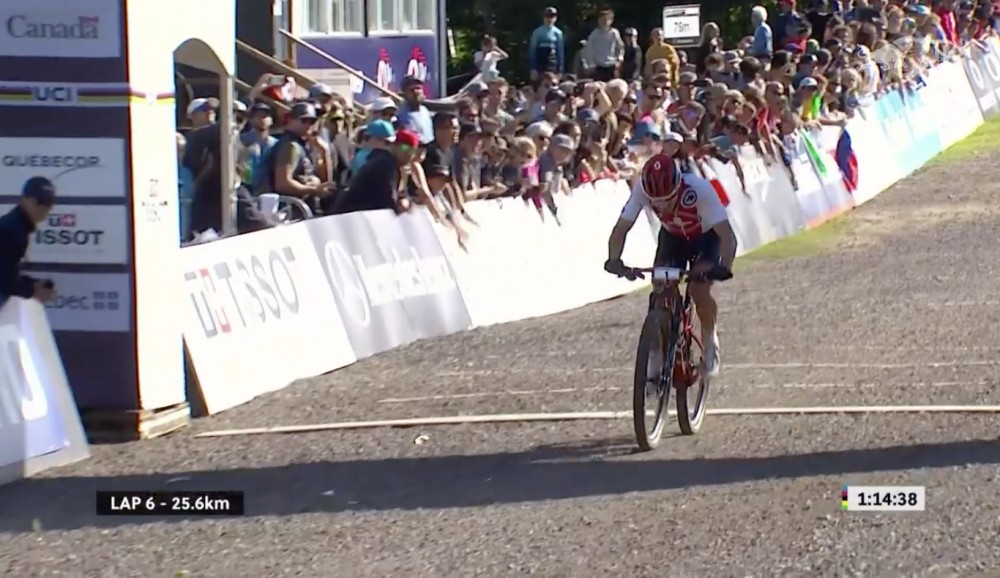 Last lap bell and Nino Schurter was still leading with authority. Behind, the Italian Gerhard Kerschbaumer marched 2nd to 40 seconds and Tempier third to 52 seconds. 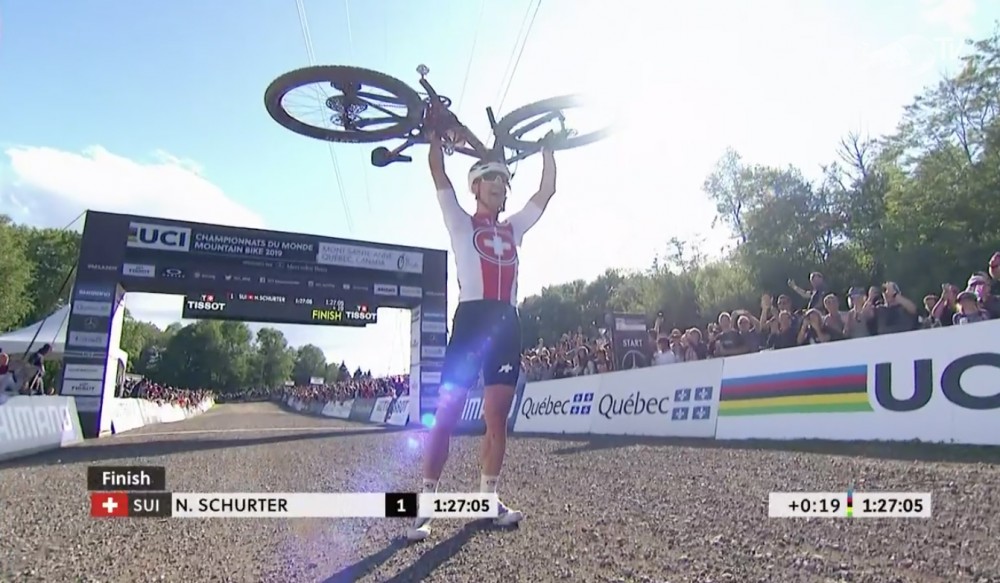 After a season in which hegemony had been questioned with the arrival of Van der Poel, Nino Schurter proclaims himself in Canada XCO World Champion 2019. His eighth title. 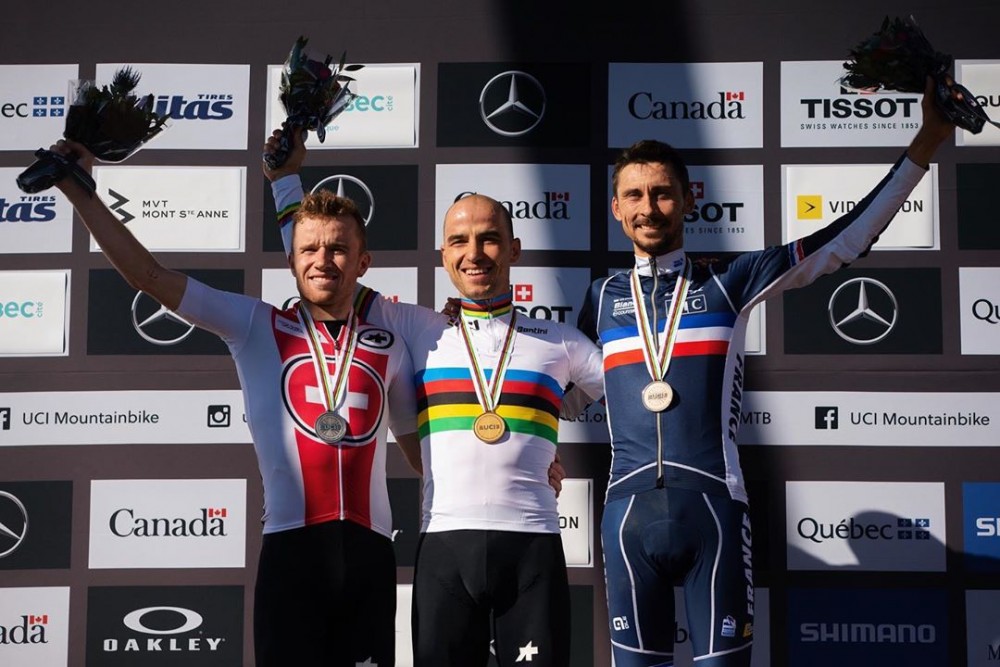 The silver medal has been for the Swiss Thomas Flueckiger who has managed to overcome like nobody else and the bronze for the Frenchman Stephane Tempier. The bad luck has been for the Italian Gerhard Kerschbaumer that a few meters from the end broke the rear wheel and had to settle for 5th place.

The first Spaniard was David Valero Serrano in position 26, Carlos Coloma finished in position 29 and Pablo Rodriguez in 45th.