The Lenzerheide World Cup meant Mathieu Van der Poel's farewell to this competition in 2019 and he did it with another victory. The second World Cup consecutive and the third this year for the Dutch biker. 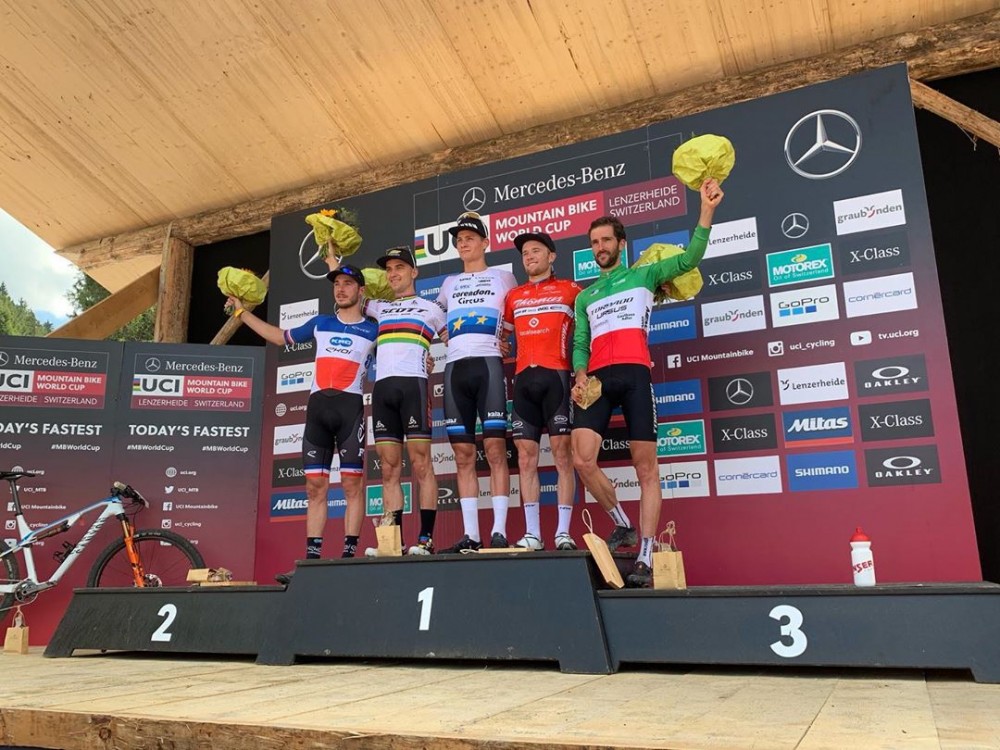 Mathieu Van der Poel was the fastest to leave and on the first climb he was already leading the race followed by Avancini and Schurter. The Dutchman of Coredon went out for all. In the initial lap he managed to stretch the group with a very high pace in climbs and downhills. 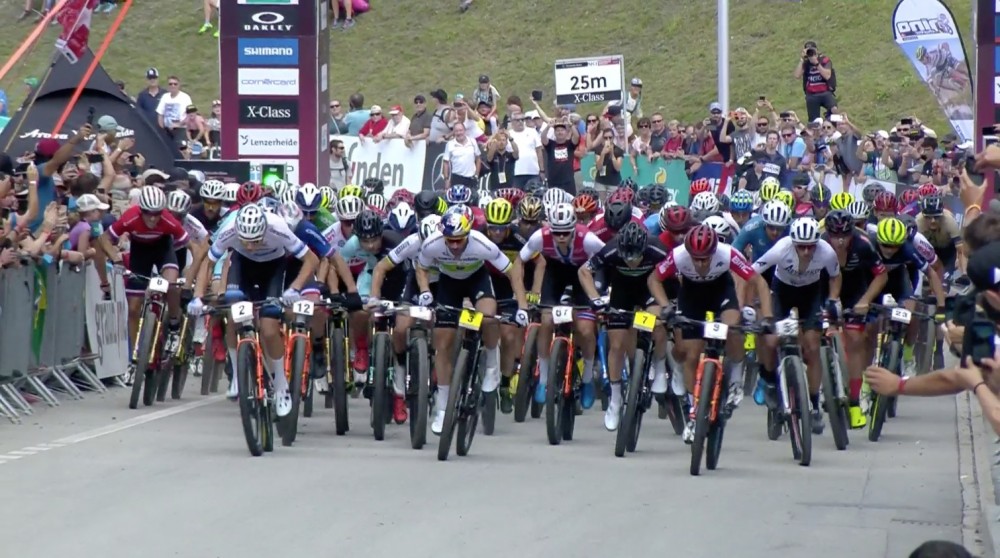 The first of the six laps started with a well-defined leading group in which Van der Poel was the leader followed by Nino Schurter, Avancini, Koretzky, Carod and Litscher.

But the group lasted until Nino Schurter attacked at the beginning of lap 1 and managed to break the race, he could not leave Van der Poel behind but both led alone, followed a few seconds away from Avancini. 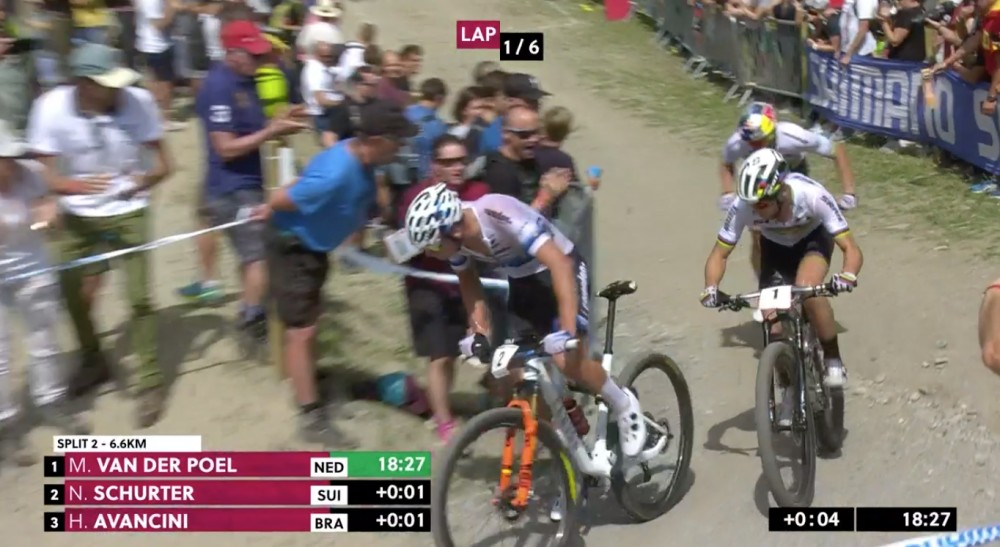 Van der Poel, Schurter and Avancini are being the three protagonists of this season and after 15 minutes of race they were already leading in Lenzerheide.

Mathias Flueckiger, another favorite in this circuit, began a chase that ended reaching the first group before the end of the first lap. 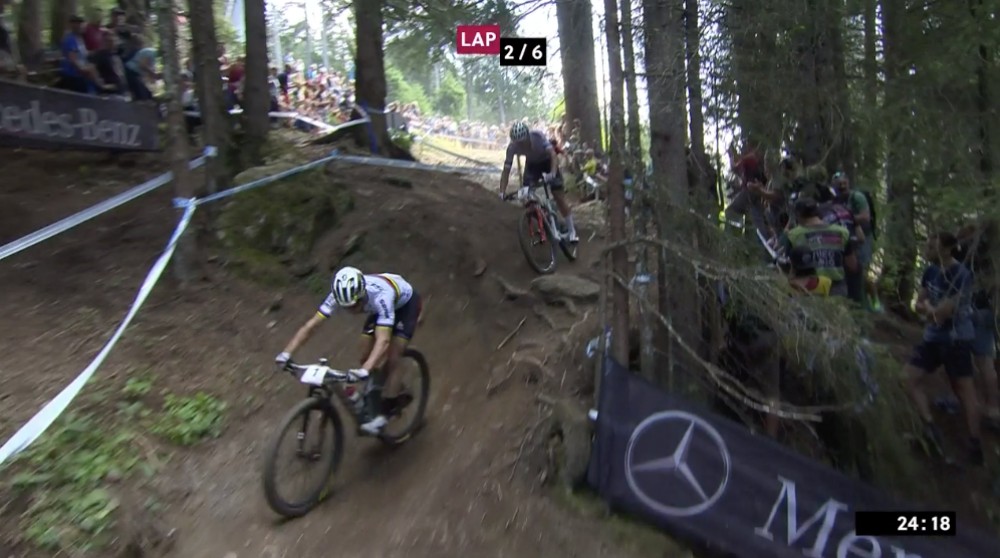 Lap 2 began with Nino Schurter attacking at the same point as the previous lap. This time it was Avancini who yielded a few meters but no decisive gaps were opened between Schurter, Van der Poel and Flueckiger.

Although no one managed to stand out in the lead the race was being very fast and intense. 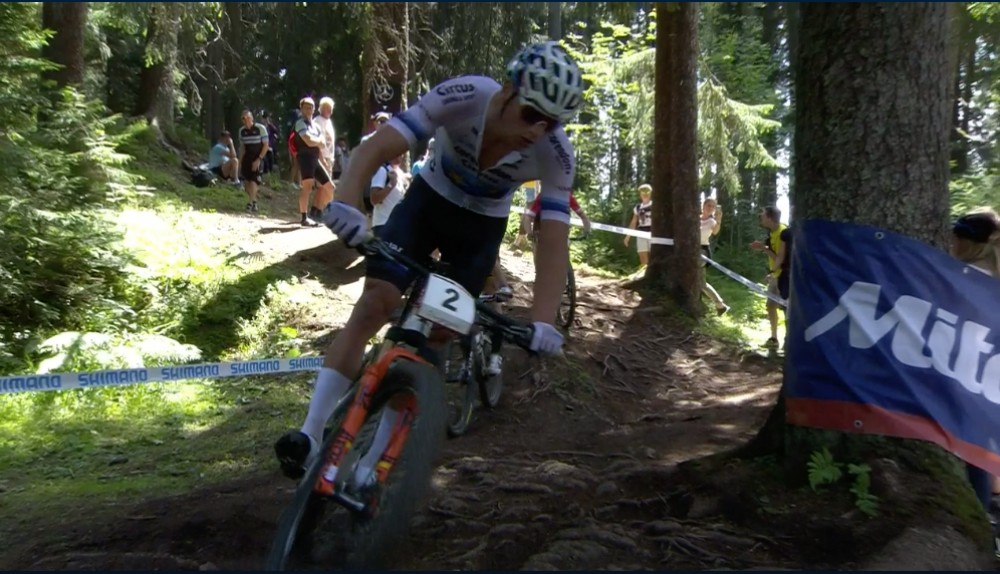 At the passage of the technical area, Van der Poel took advantage of his ability to accelerate in plain to attack hard. As if it were a final sprint, Schurter and Van der Poel accelerated frantically, one to leave and the other not to lose wheel. Those who did stay were Avancini and Flueckiger.

The difference between the two couples was 11 seconds at the start of lap 3.

The sensations of Nino Schurter in this Lenzerheide World Cup were being very different from those we saw 7 days ago in Val di Sole, he was able to withstand any attack of Van der Poel and tried to attack whenever he could. 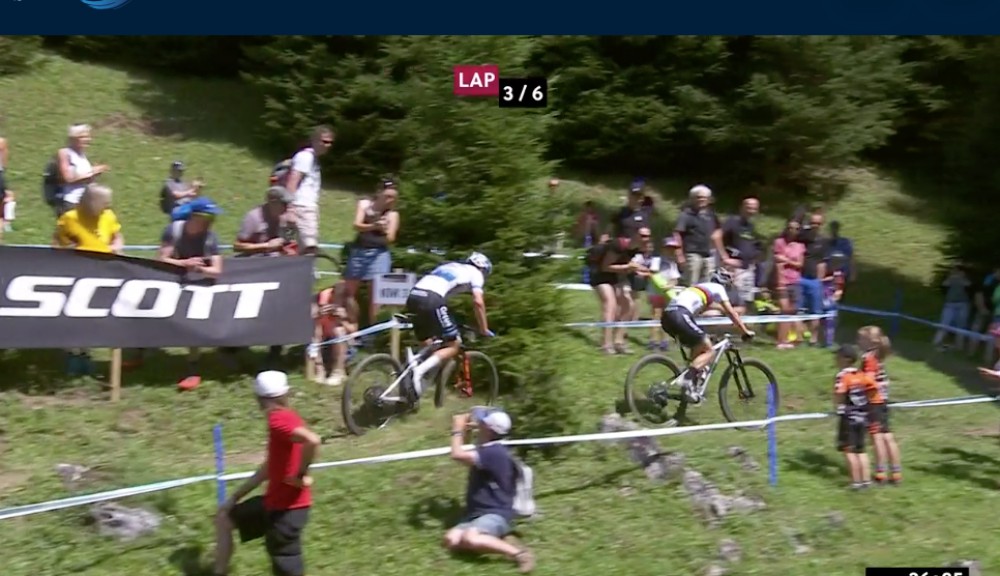 At the beginning of lap 4, Schurter and Van der Poel were 18 seconds ahead of Avancini and Flueckiger. And 50 seconds away was the first large group led by the Italian Champion, Gerhard Kerschbaumer. 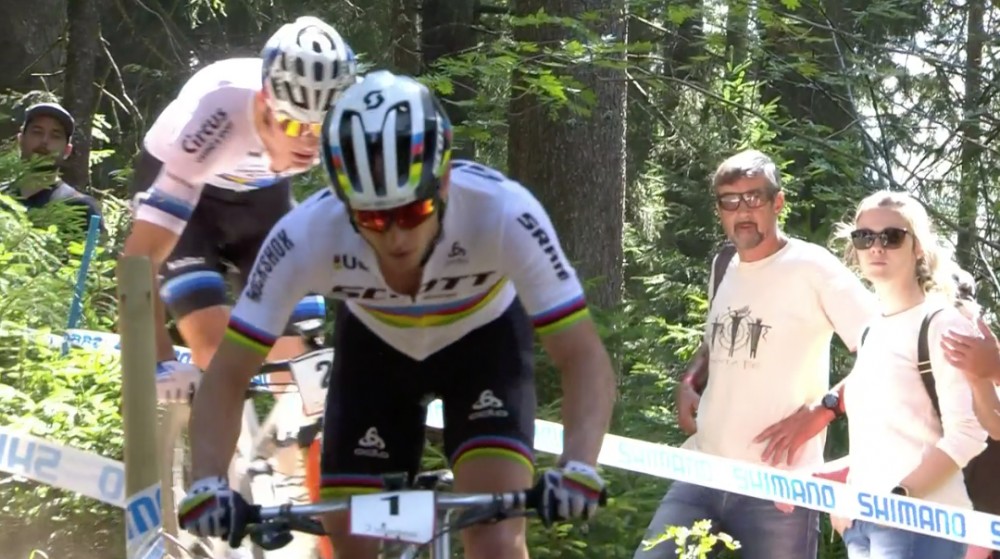 On the penultimate lap, Mathieur Van der Poel again made the same play with which he has already surprised Schurter in Nove Mesto and Val di Sole. In the middle of a climb he took advantage of a carelessness of the Swiss to launch another of his brilliant attacks with which he managed to open a 7-second gap.

The difference this time was that Van der Poel did not attack in the final lap so Nino still had time to recover. In any case, both led the race with a 1-minute lead over the third, Mathias Flueckiger. 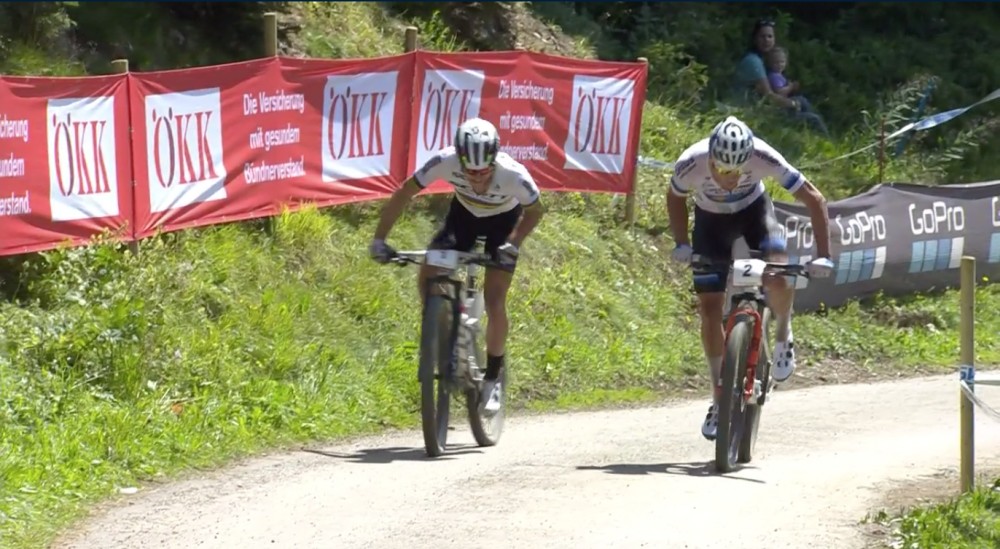 Van der Poel continued to tighten the pace and the difference with Schurter increased to 16 seconds at the beginning of the last lap.

Mathieu Van der Poel won with authority the Lenzerheide World Cup. This is the third that he wins this year but this time he did it at Schurter's house.

The Swiss Nino Schurter and Mathias Flueckiger were second and third respectively, for the enjoyment of their audience. 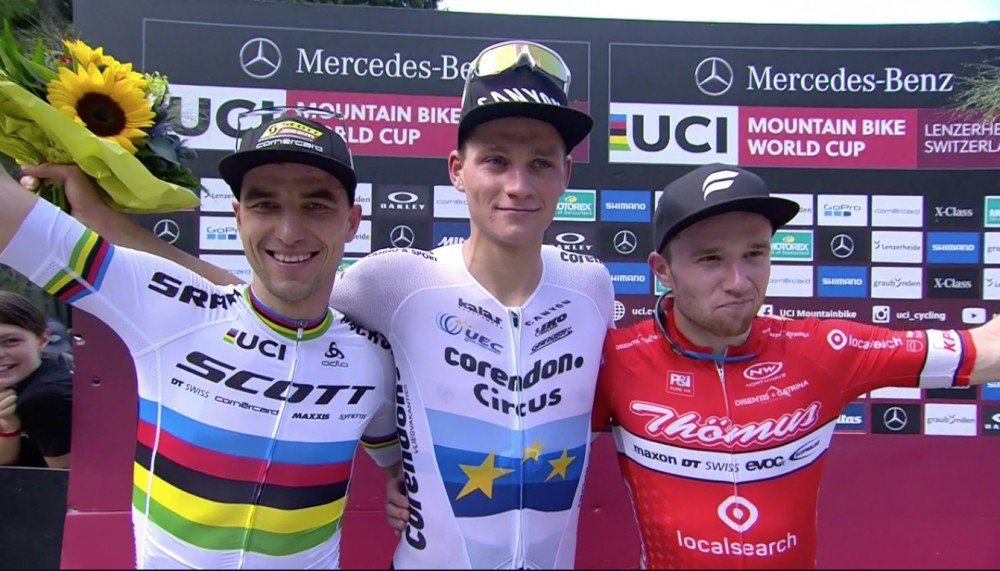 The first Spanish biker was David Valero who finished in the 18th position. 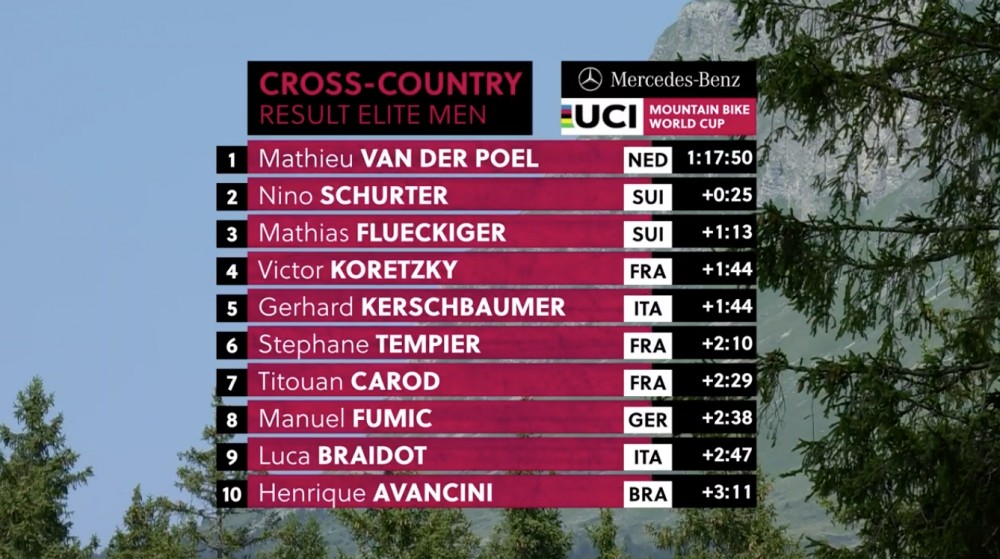