After Simon Andreassen's surprise victory in the first World Cup, the last XCO World Cup of 2020 arrived. A race held under very different weather conditions and won by Avancini, after one of the tightest events of recent years.

With Avancini leading the race after its victory in the Short Track, the last XCO World Cup in 2020 started with much to be decided. 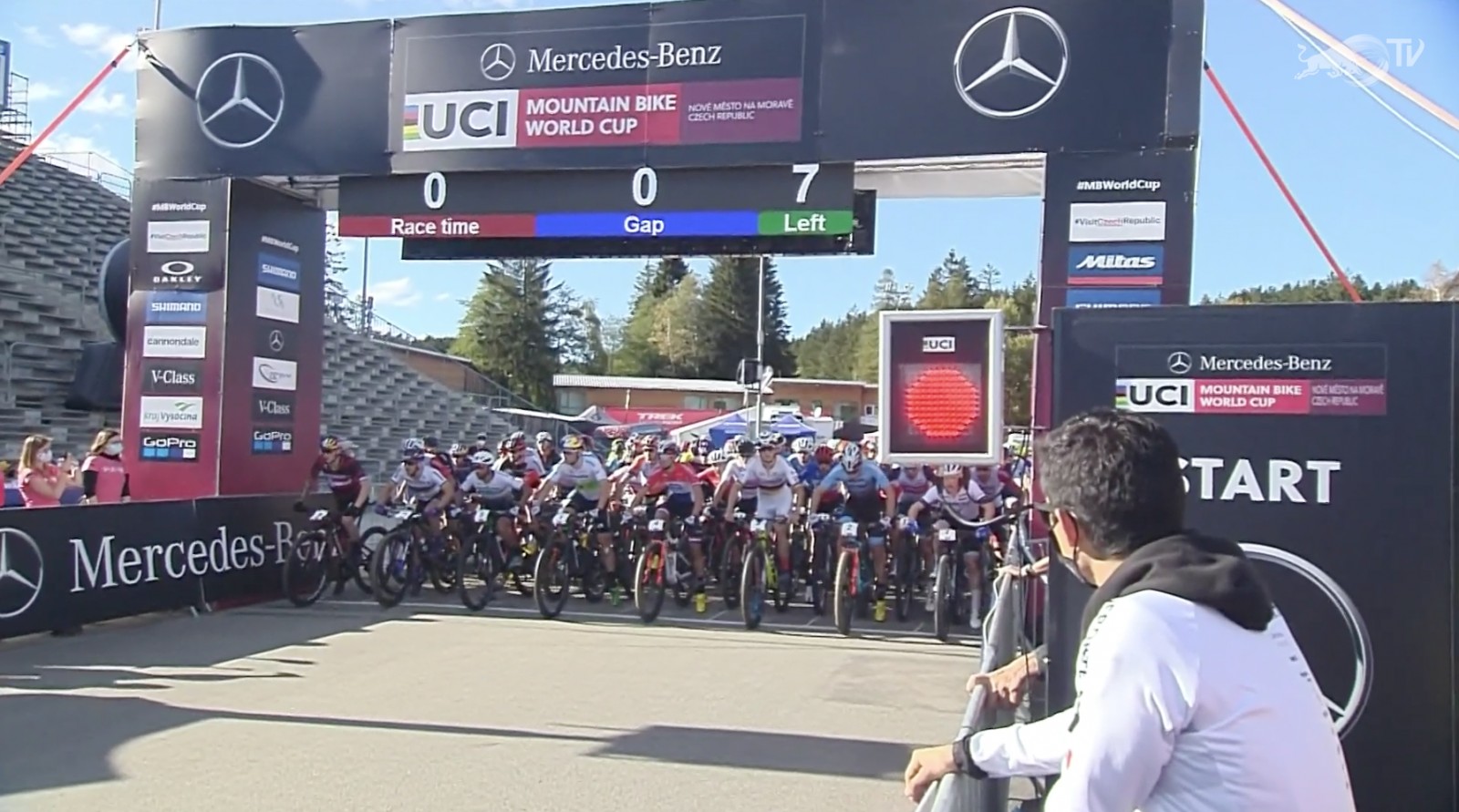 Once again the start was not good for Schurter, who had to resign himself to trying to regain positions from the side while Manuel Fumic and Henrique Avancini of Cannondale Factory Racing took the lead during the early moments of the race. 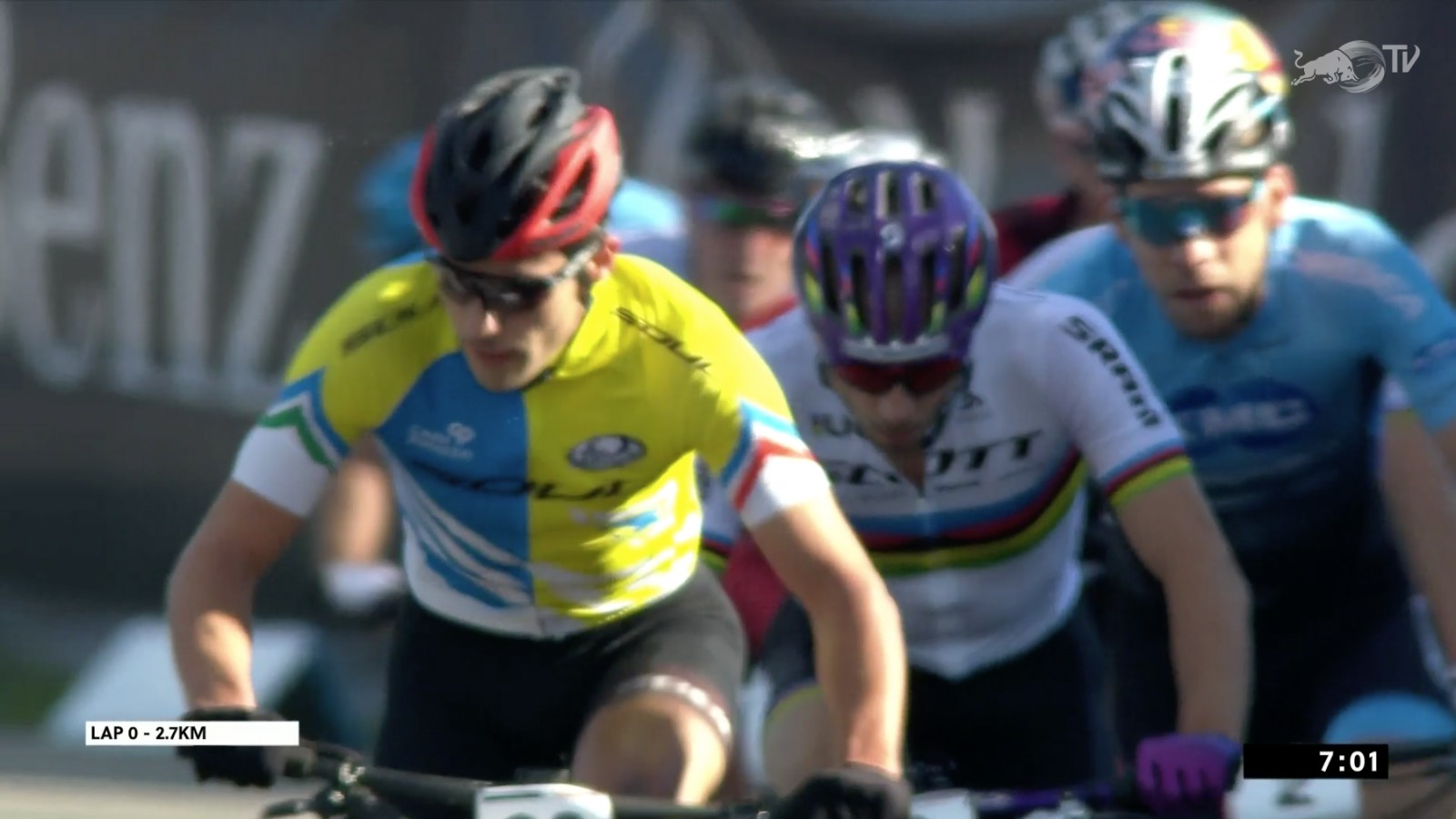 The starting loop left nobody out of the group and allowed Brazilian cyclist Luis Cocuzzi to lead the race until the beginning of the first lap. Shortly afterwards, Cocuzzi would be out of action due to a mechanical problem. 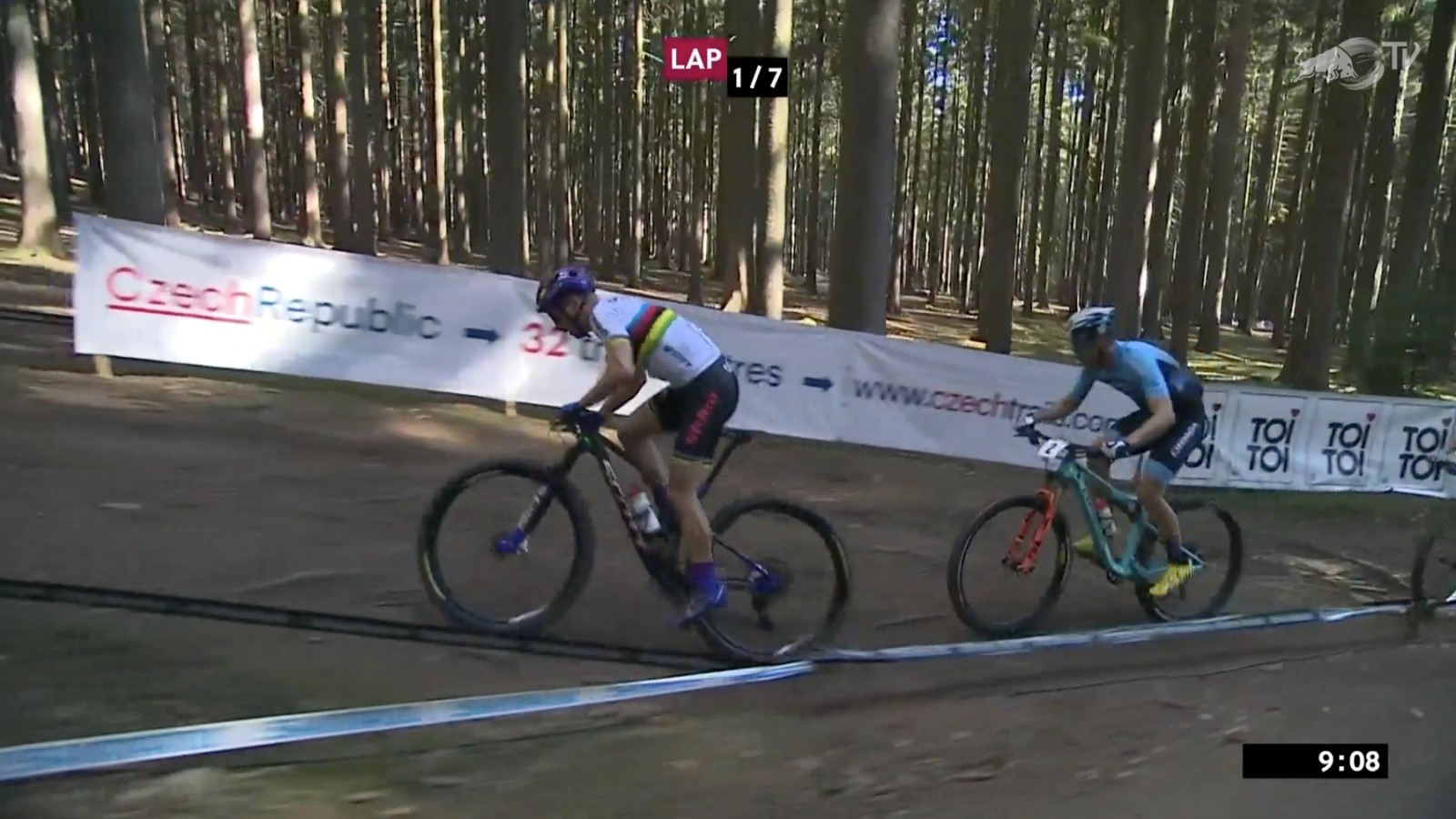 Nino Schurter decided to raise the pace and already on lap 1 he was leading with his compatriot Thomas Litscher, from Orbea KMC, behind. Henrique Avancini, Milan Vader, Simon Andreassen, Victor Koretzky and Alan Hatherly were also in the same leading group where no one managed to open up a gap. 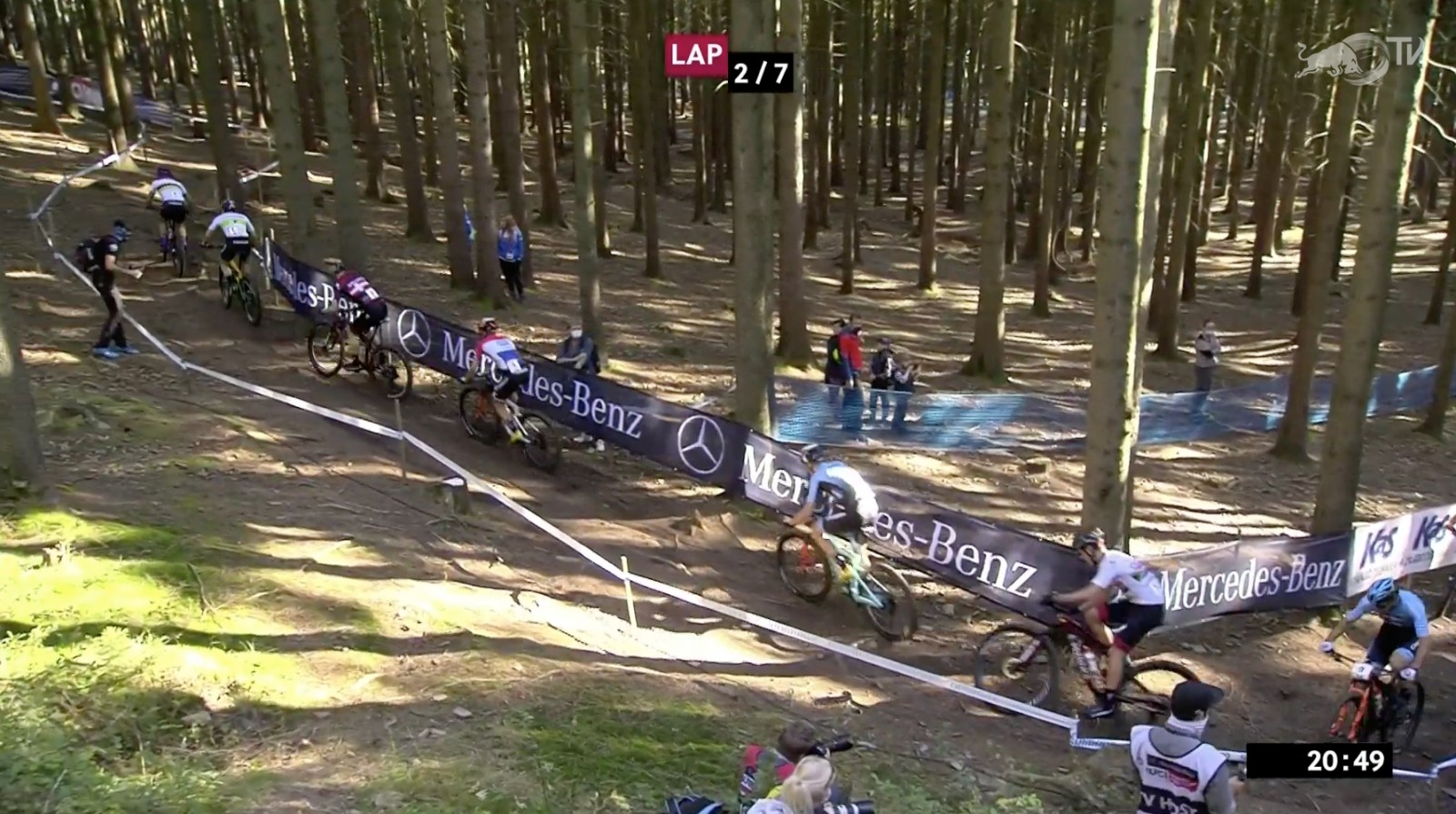 On lap 2, Schurter again tried a change of pace uphill and with it he broke the leading group of 6 cyclists. A group where Avancini remained close to the Swiss, Andreassen was trying not to lose third place and the South African Hatherly was struggling not to be cut off. 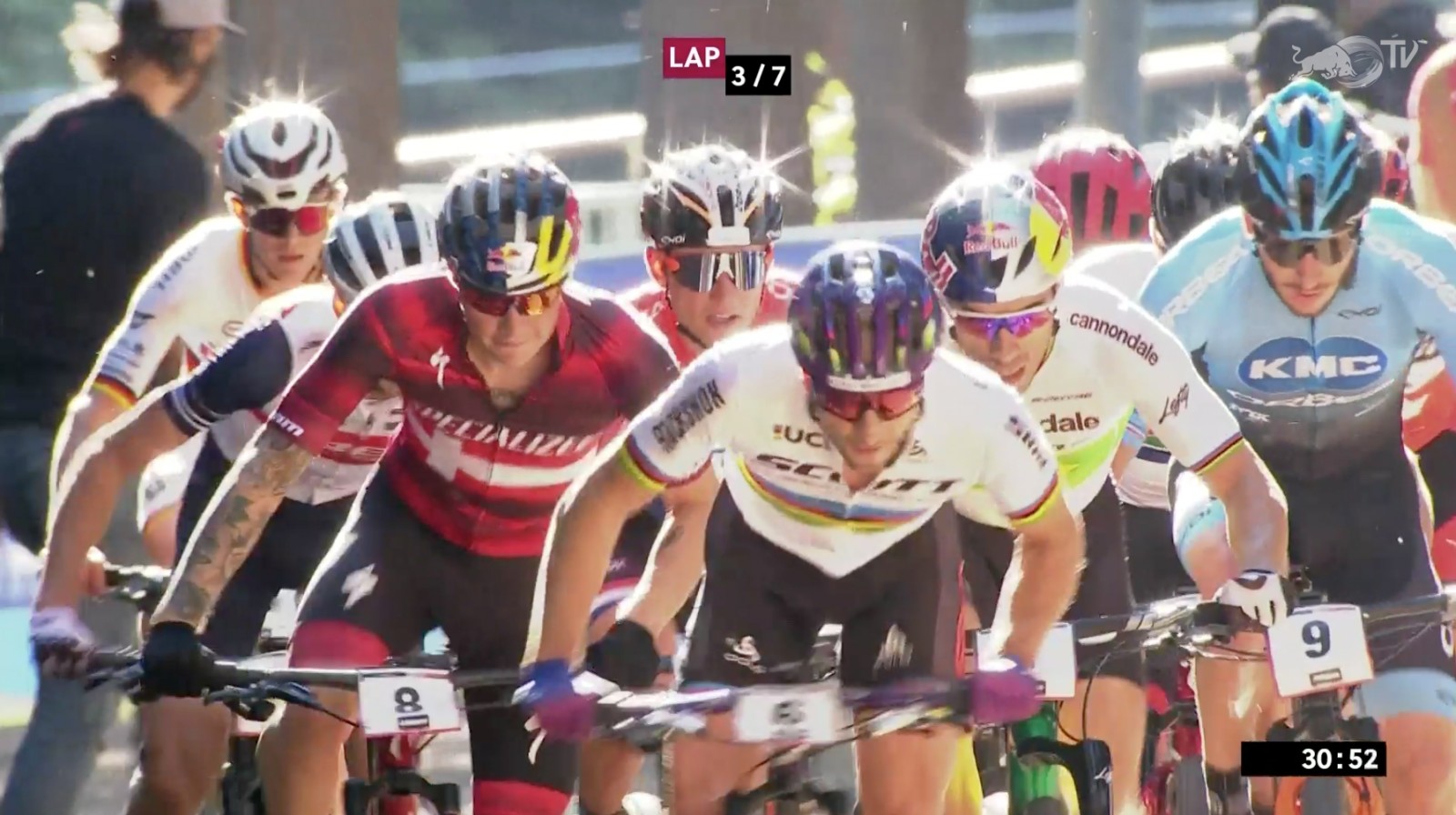 The group increased or decreased depending on the rhythm imposed by the World Champion but the truth is that at the beginning of lap 3 Schurter seemed to show a more tired face than the rest. 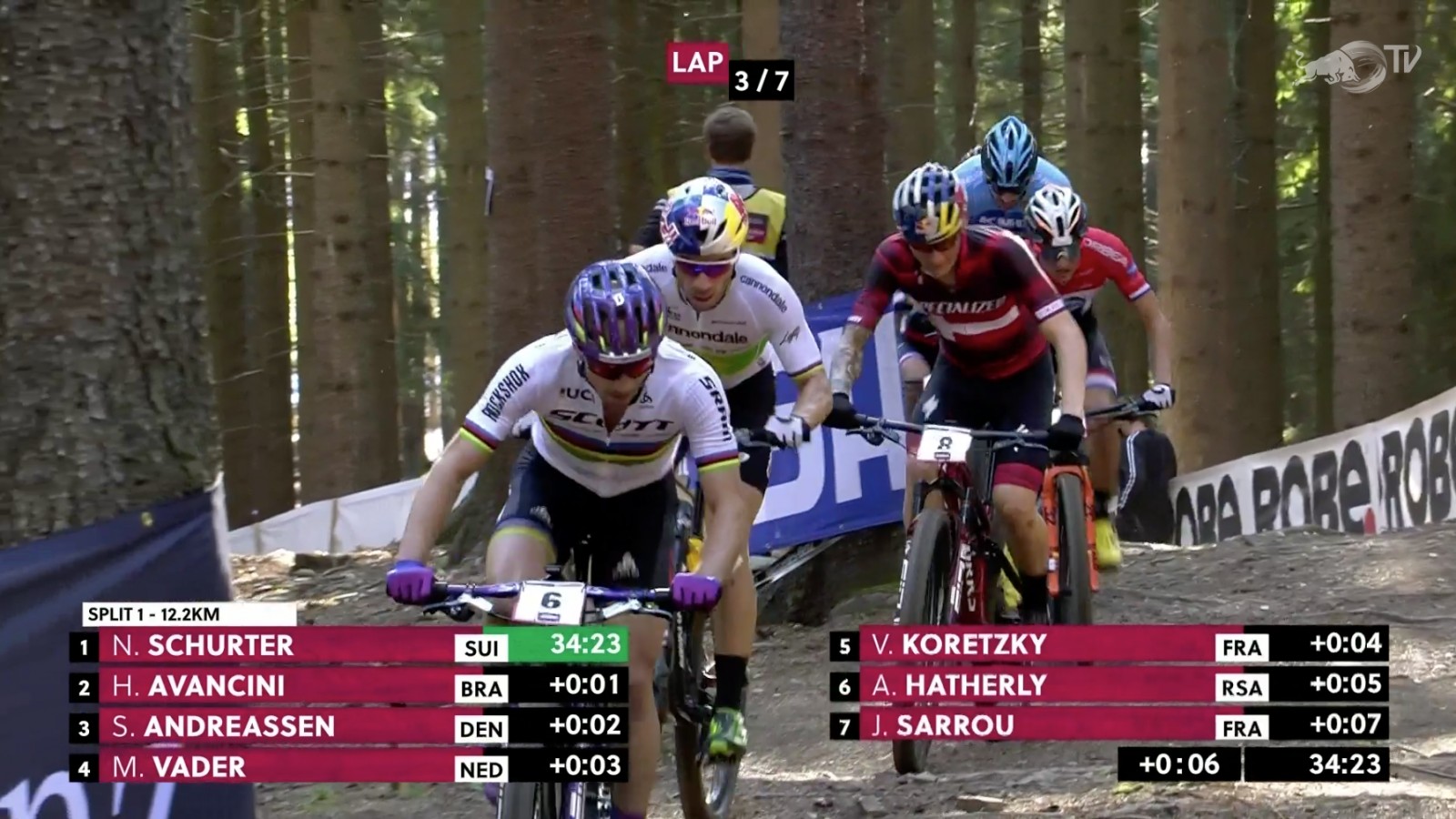 With Nino Schurter setting the pace, everything seemed to be back to normal in the last few years of the World Cup, although there was still a long race ahead and many cards to be played.

At the head of the race the only change during lap 4 was that Koretzky pulled out of the group while Avancini lost some position, but for the moment everything was still very close in the top 10 where there was only a 9" difference from the first to the tenth. 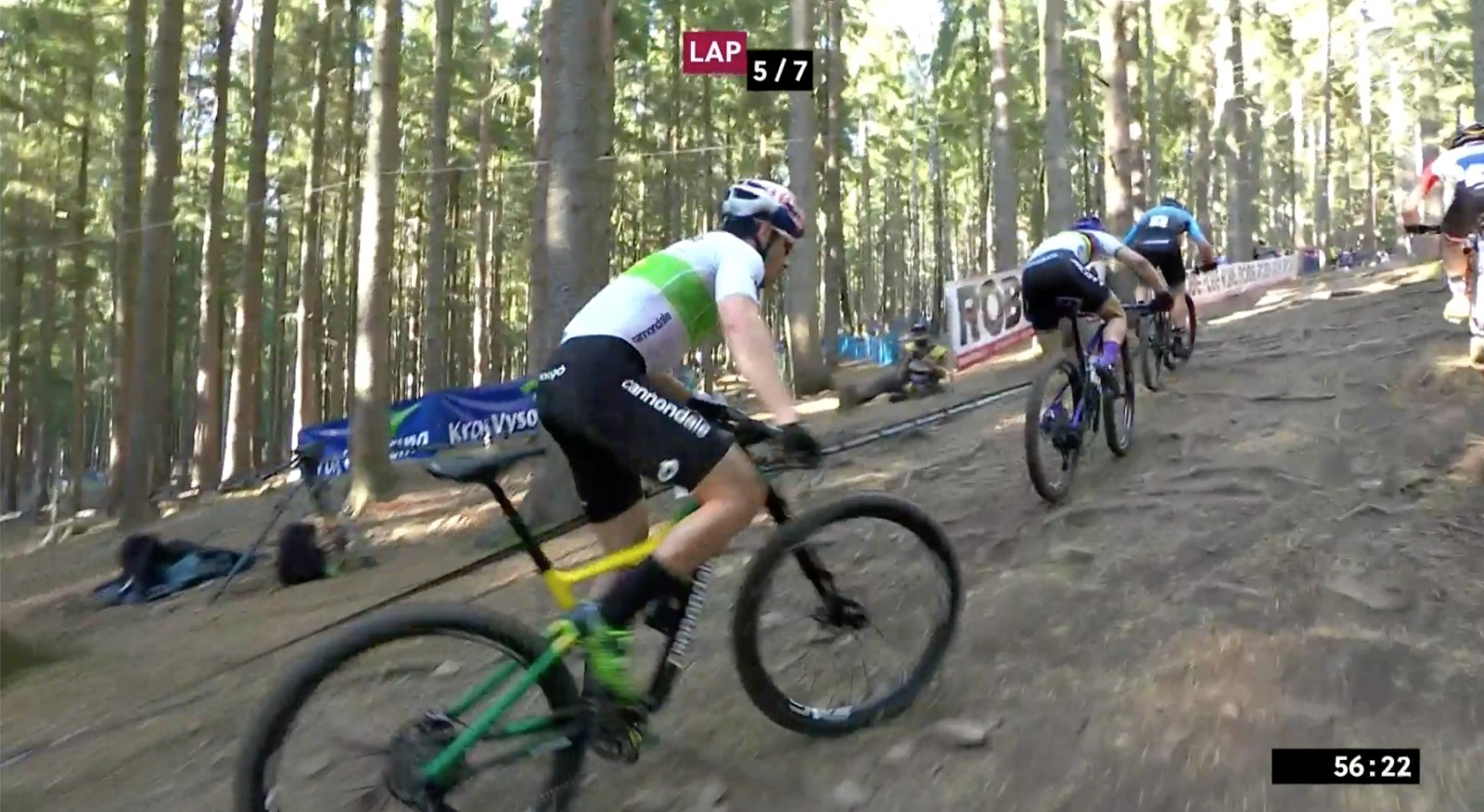 With two laps to go, the group formed by Milan Vader, Nino Schurter, Victor Koretzky and Henrique Avancini continued to boost the pace of the race and had already claimed some victims, such as Simo Andreassen who dropped to tenth position at 15" from the first. 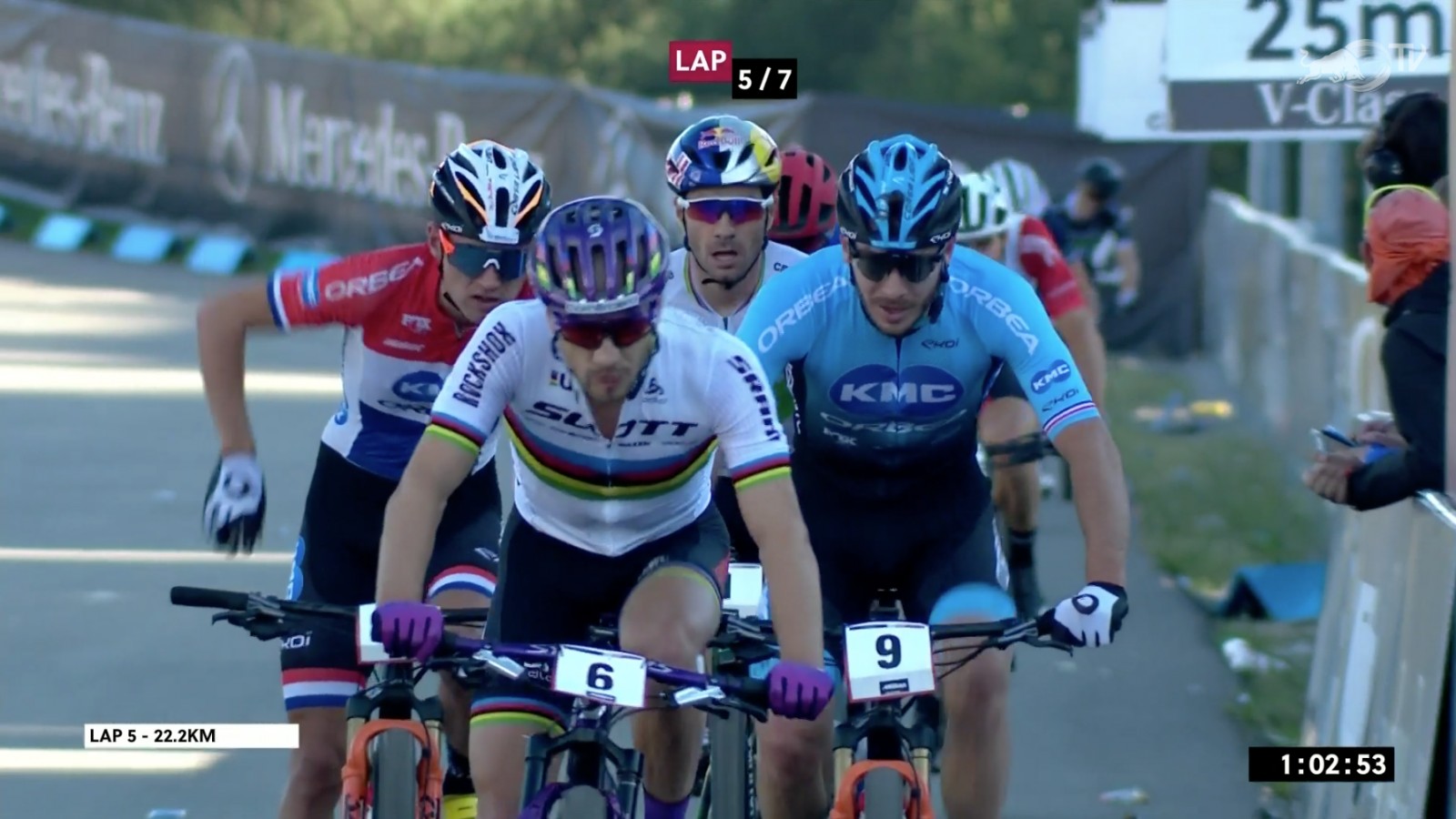 The most technical uphill section of the circuit was Nino Schurter's favourite area to attack, and on the penultimate lap he tried again without success. Avancini, Vader and Koretzky were still in the lead together and no one wanted to miss out on an end to the party that was predicted to be a great one. 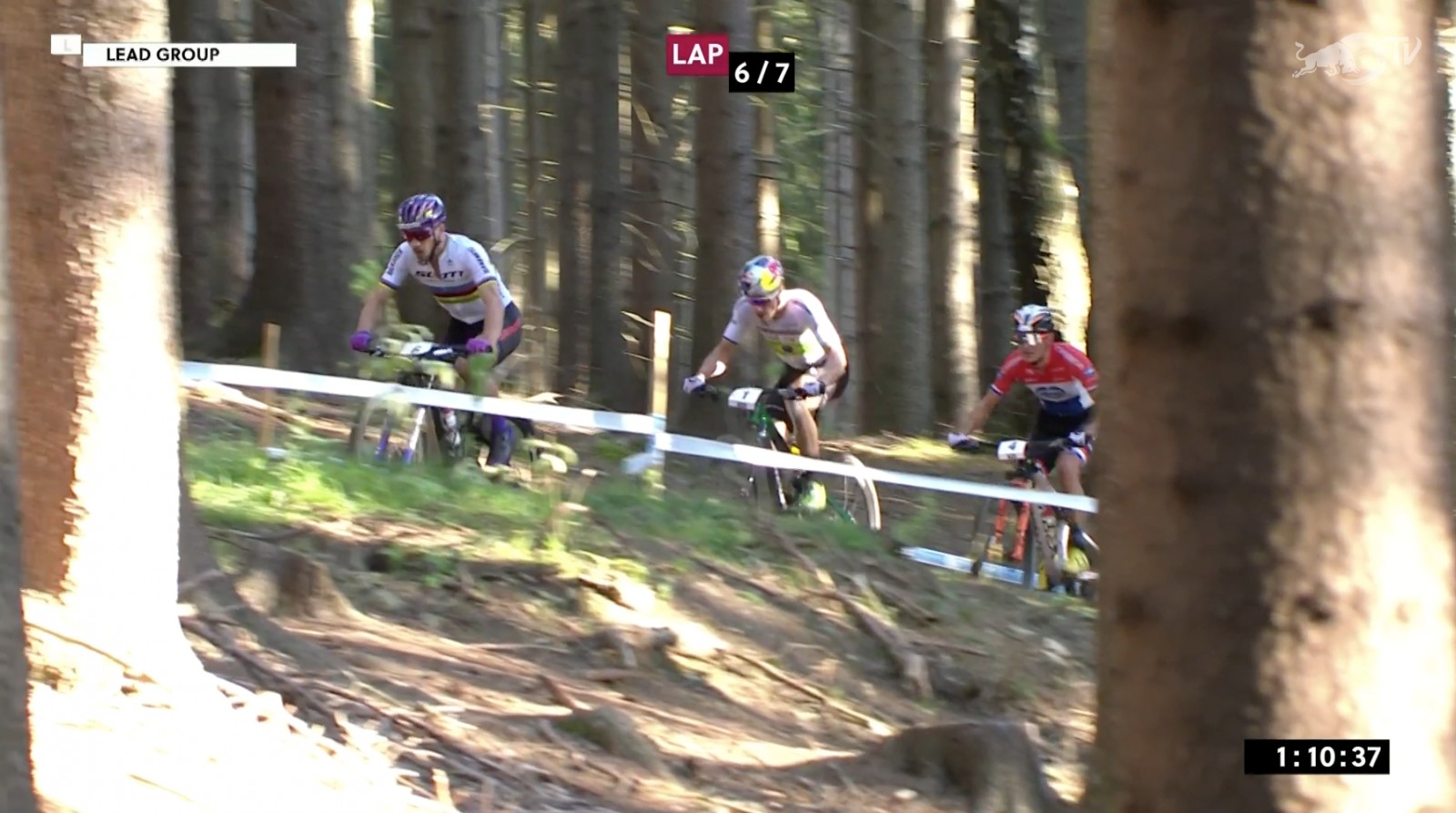 When the bell for the last lap rang, the options for victory were almost as open as at the start of the race. At the top a group formed by Koreztky, Schurter, Vader, Avancini, Sarrou, Tempier, Griot and Hatherly made it very difficult to bet on a winner. 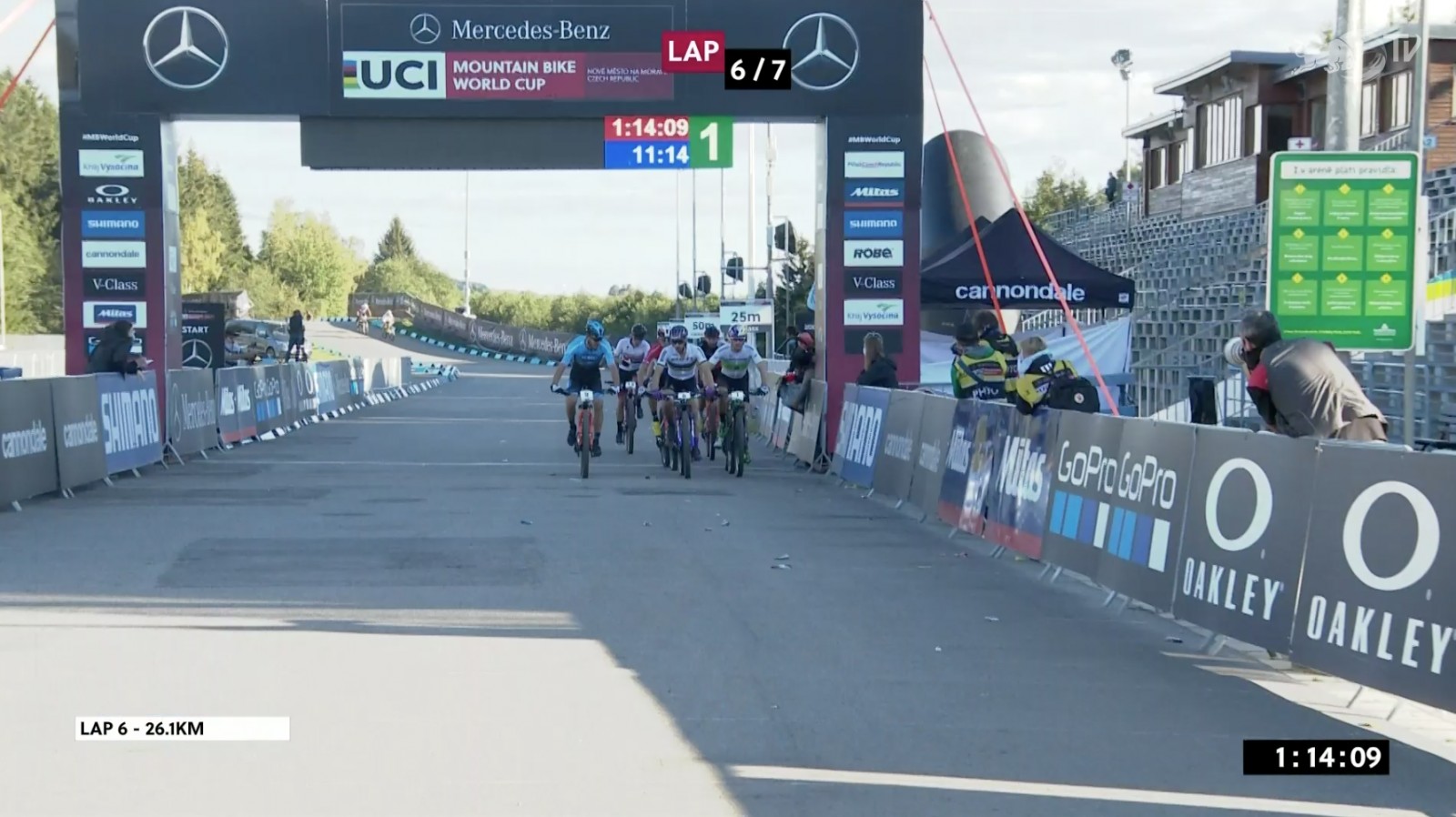 Avancini launched a modest attack at the start of the last lap, to which Nino Schurter responded with a rhythmic, uphill response, managing to stretch the group, but without breaking away.

The World Champion continued to increase the pace and we began to see a beautiful duel between the Swiss and Avancini where neither was willing to give up, and which was joined by Milan Vader. The fourth was Tempier but he was 11" behind.

The continuous attacks of Vader, Schurter and Avancini made the group finally increase again with Koretzky and Tempier, everything was going to be decided in the last meters.

Avancini sprinted from far away and no one could beat him. Avancini won after a mind-blowing finish. Milan Vader was second and Nino Schurter closed the podium.