Incredible victory for Tom Pidcock and Mona Mitterwallner in Leukerbad

The Proffix Swiss Bike Cup started in Leukerbad in cold and snowy conditions where Tom Pidcock and Mona Mitterwallner won with two spectacular performances. Both were among the favourites but few would have bet on them winning like that.

With the anticipation of seeing Pidcock compete for the first time against some of the best elite MTB riders, the race got underway in better weather conditions than the women's race. Switzerland's Filippo Colombo (Absolute Absalon) led the race at the start and the first loop, but Tom Pidcock (Ineos Grenadier) came out well placed and it only took him one lap to take the lead and start to open up a gap. 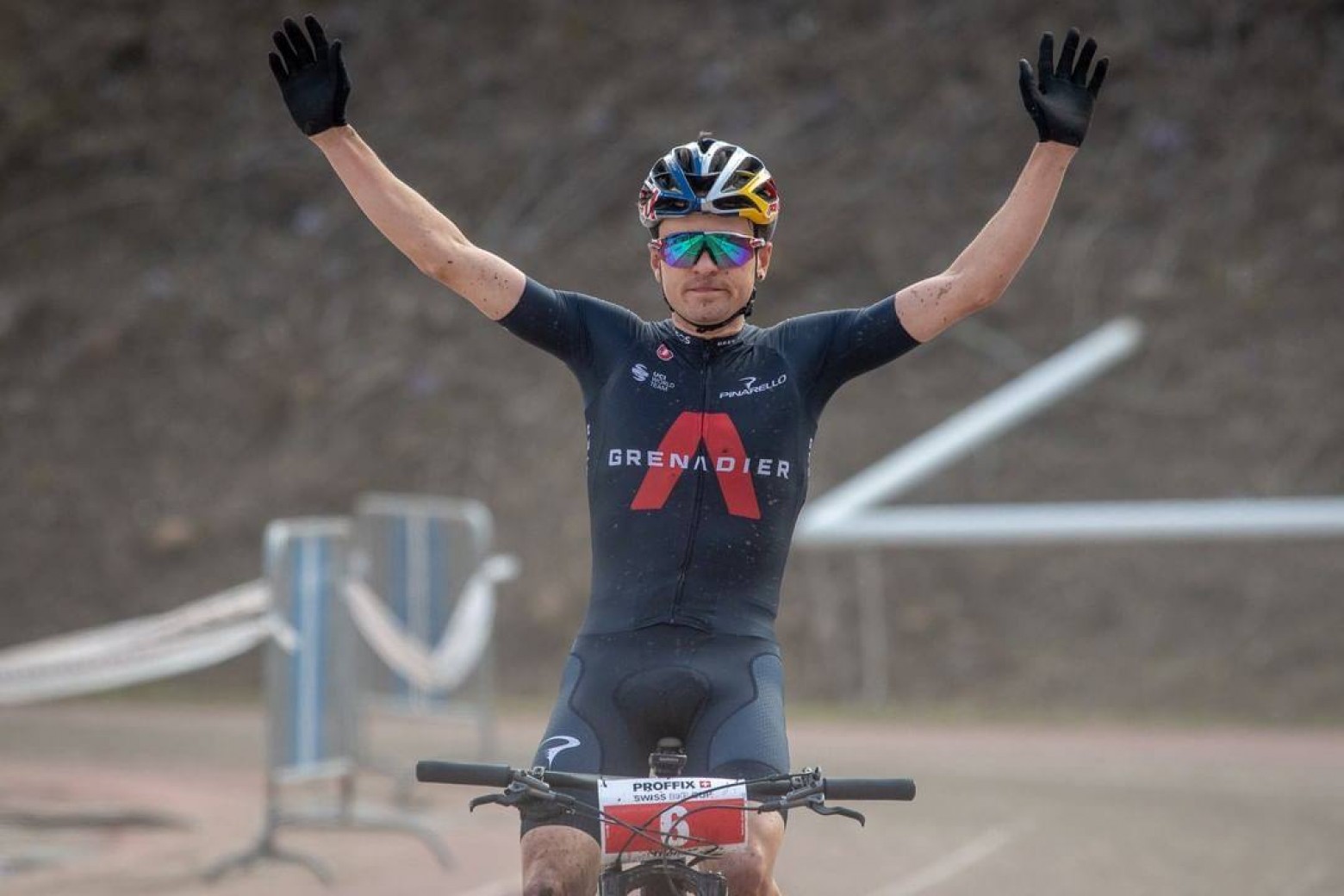 It was hard to believe, but on the second lap, Thomas Pidcock was leading the race with great authority and increasing the gap with Filippo Colombo and Titouna Carod who were more than half a minute behind at the start of lap three. It was the first time Pidcock had competed in mountain biking this year and his adaptation period after the road classics season had been just two weeks.

Pidcock's dominance silenced many who are counting down the days until the start of the World Cup in Albsdtat next weekend, where for the first time in history Pidcock, Van der Poel, Avancini and Nino Schurter will face each other in the same race.

Back to the race, the laps went by and the pace set by British rider Tom Pidcock was already impossible for any rival to follow. Titouan Carod could only hold on to second place almost 2 minutes behind, and Vital Albin (Thomus RN) reached the third position after Filippo Colombo was left far behind. Colombo still had an ace up his sleeve, but we only found that out on the last lap. 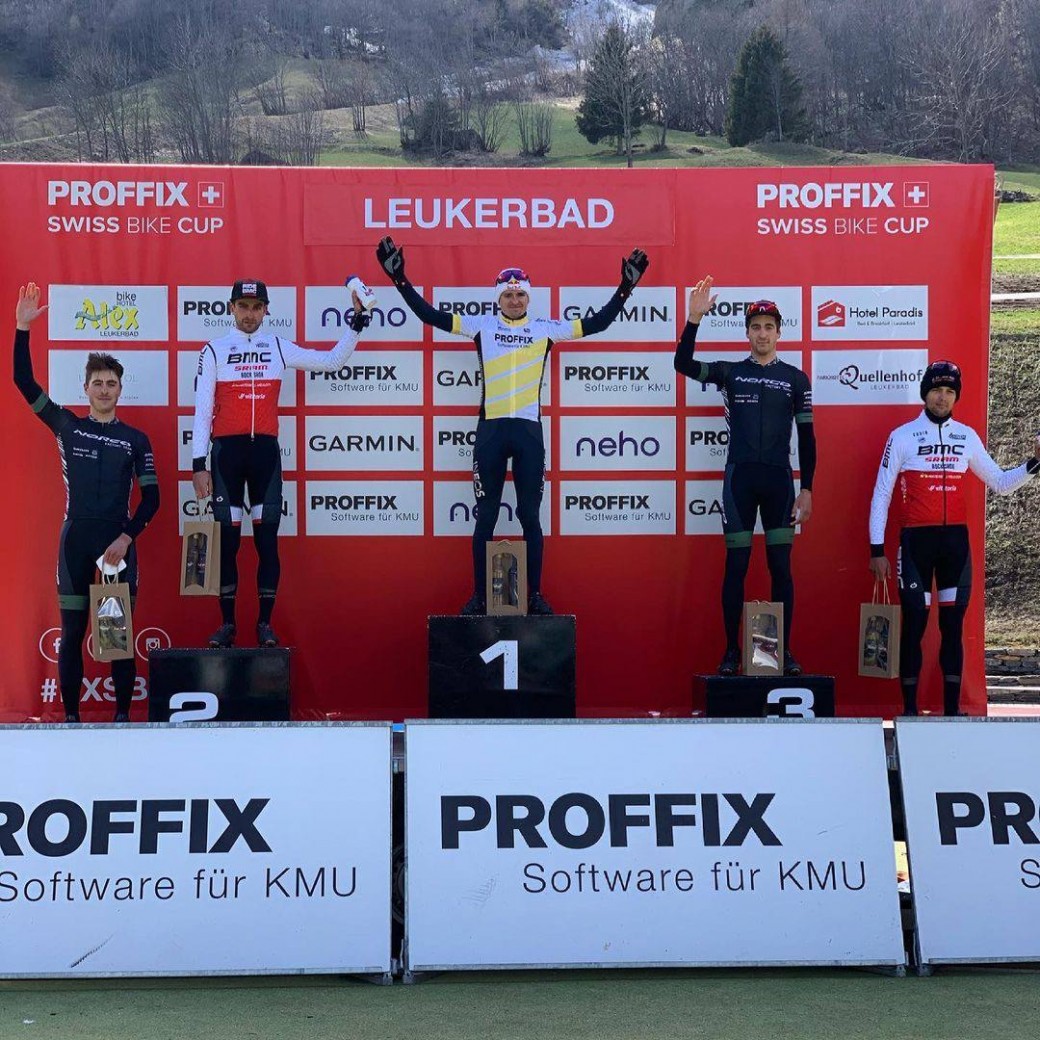 The gap only increased and Tom Pidcock won the Proffix Swiss Bike Cup Leukerbad more than 3 minutes ahead of Frenchman Titouan Carod and Canadian Sean Fincham.

Mona Mitterwallner's exhibition in front of the world's elite

The start of the women's race took place under a heavy snowfall that decreased and increased throughout the race. The weather was going to play a key role and in these cold conditions we saw a wide range of outfits chosen. Already on the first lap the favourites began to move and the young Austrian Mona Mitterwallner (Trek Vaude) took the lead with a few seconds ahead of the duo formed by Kate Courtney (Scott SRAM) and Pauline Ferrand Prevot (Absolute Absalon) who were chasing her. These three riders had opened important differences with the rest and everything indicated that the winner would be among them. Mitterwallner, wearing a long jersey and bib shorts, was riding solidly in first position while the snow was covering the area around the course in white and mud was accumulating in some areas of the circuit. In second position, Courtney in a long jersey and short bib shorts had dropped Pauline Ferrand, the only leading rider in short shorts. The gap between the three of them and the rest continued to increase and despite the tough conditions it seemed clear that it was going to be difficult to snatch the podium from them.

With no surprises other than seeing a 19-year-old ahead of the elite favourites, Mona Mitterwallner won the race. Kate Courtney was second and Pauline Ferrand Prevot third. 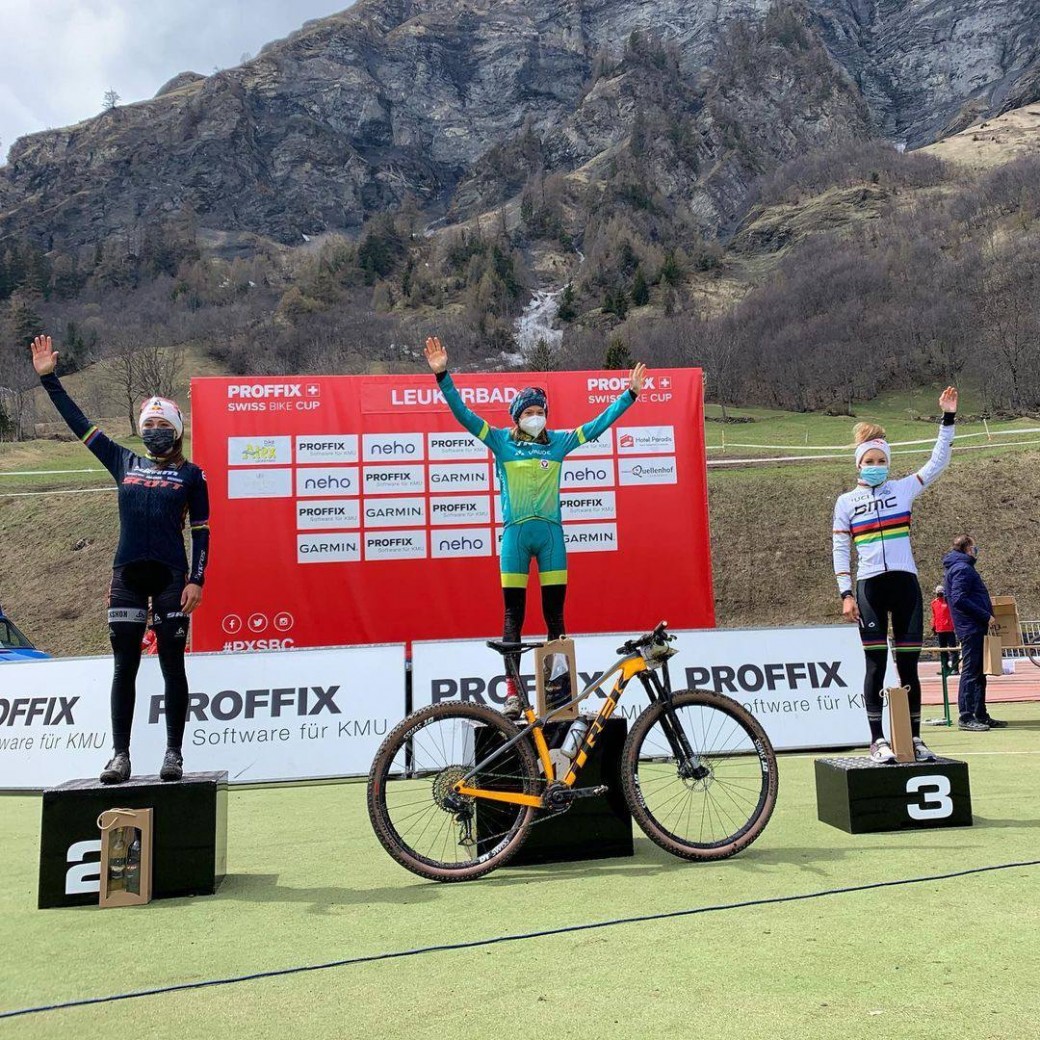