As every year, the public was one of the great protagonists. The good weather encouraged the fans to gather once again in this circuit of Banyoles. A race that brought together many of the best classifieds of the World Cup. Henrique Avancini in men's category and Evie Richards in women's category won the race.

A quick start caused several groups to form on the opening lap. But even though the pace was very high, up to five riders remained together with Victor Koretzky and Henrique Avancini at the head. Jordan Sarrou, Jofre Cullel, Filippo Colombo, Stephane Tempier, Manuel Fumic, Milan Vader or Anton Sintsov were some of those who tried not to miss the party fighting not to be cut off.

The race continued to be a tough one and with three laps to go Henrique Avancini and Victor Koretzky were already running solo in the lead. Frenchman Jordan Sarrou was the only one who could chase them but he saw how the meters between them were getting more and more.

Bad luck struck Jofre Cullel, who was having a great race when a fall made him lose a lot of time and delay. However, David Valero made a great comeback and with two laps to go he was already fourth leading a large group.

Also in the third to last lap, Henrique Avancini took advantage of a fast downhill to attack and distance himself a few meters from Koretzky while Sarrou continued to lose time in third position.

On the last lap Henrique Avancini continued to increase the advantage to reach the finish line as the winner. Koretzky and Sarrou completed the podium as second and third respectively. David Valero managed to arrive in fourth position and signed the comeback of the day. 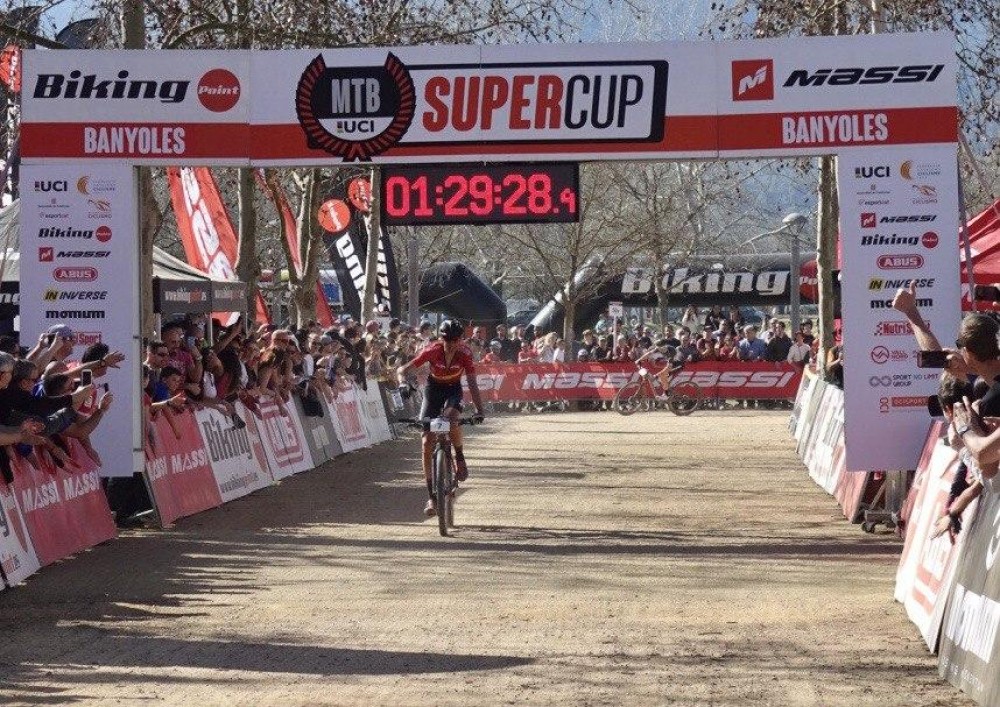 This is how a men's Super Cup Massi finished in Banyoles where we could sense the form of some riders, such as Avancini who showed why he is the current number two in the UCI ranking, or Filipo Colombo who will be his first year as an elite and we have seen that he will undoubtedly be among the favourites.

Evie Richards was the fastest in the women's race

The women's race was held on Saturday 22 February and also brought together a large line-up of favourites including world champions, Olympic champions, last year's champion Annie Last and Oceania champion Rebecca McConnell among many national champions.

On a 6.5 km circuit the Australian Bec McConnell of Primaflor-Mondraker-Xsauce was the first to attack and took some distance with a chasing group formed by Last (KMC-Orbea), the Italian Eva Lechner and Evie Richards (Trek Factory Racing) and Haley Batten (Specialized Racing).

But after a race where the pace was high and many of the favourites ended up dropping out of the lead, Evie Richards and Haley Batten put the win on the final lap. The final attack was led by Richards with two kilometers to go, where she finished first in 1:23:16. Haley Batten finished second and Annie Last closed out the podium after a great comeback in the final laps.

This is the end of what we can call the zero World Cup event and the start of the 2020 XCO season.