After five stages travelling around the Swiss Alps, the Scott SRAM team of Nino Schurter and Lars Forster have won the Swiss Epic 2020. In women, Anikka Langvad and Haley Batten of the Specialized Racing team were the best by far over their rivals. 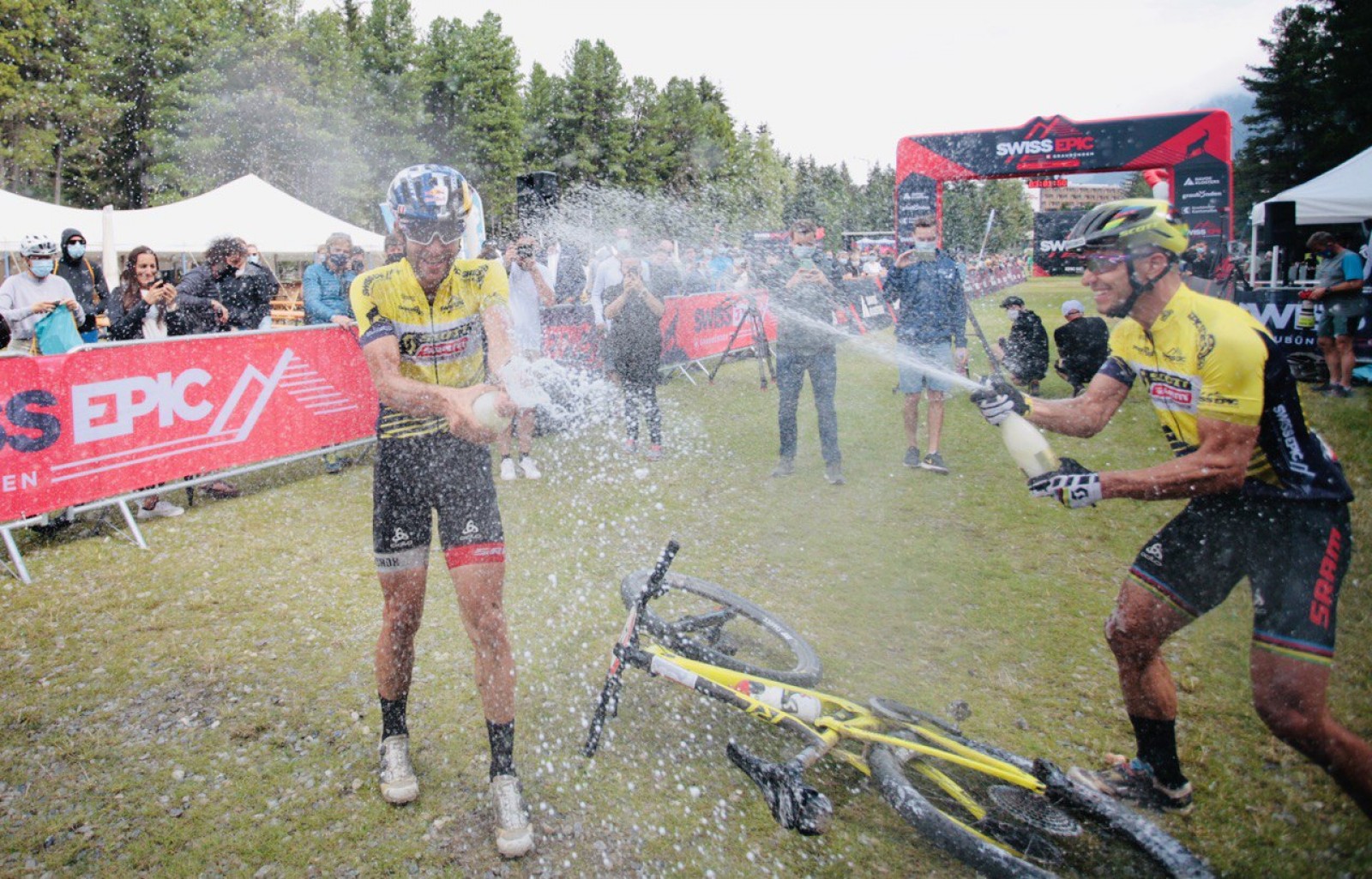 The battle lasted until the last stage. Starting and finishing in Davos, the fifth day of this Swiss Epic had a 61 km and 2550 m of vertical drop route with attacks until the end.

Nino Schurter and Lars Forster were leading the overall classification by almost 10 minutes ahead of the second place, the couple of the Trek Pirelli team: Fabian Rabensteiner and Samuele Porro. However, between the second and third places, which was formed by Kristian Hynek and Martin Stosek from the Northwave Team, there was less than 1 minute and a half difference. 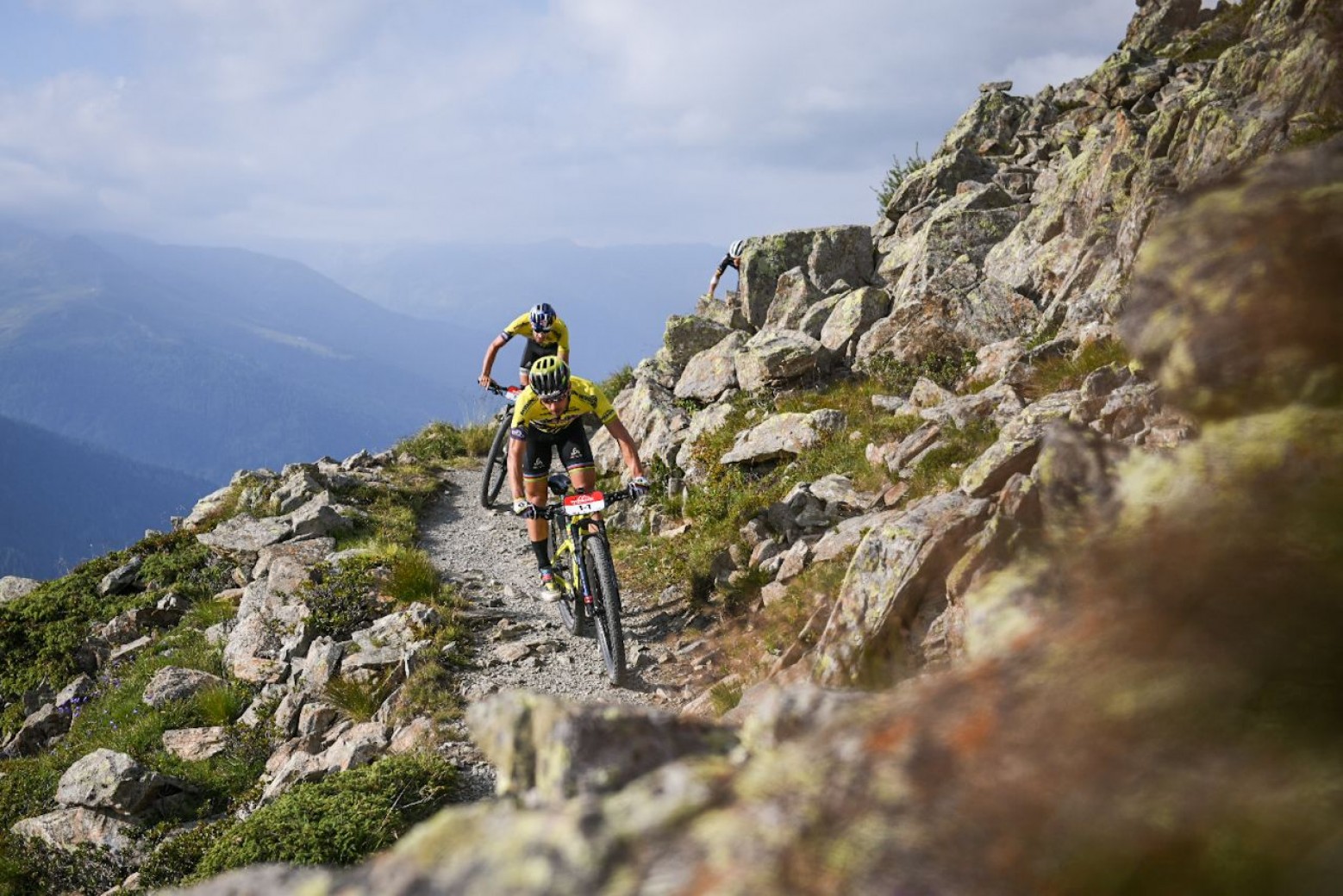 With this premise, the Scott SRAM team led the race until km 24, when Rabensteiner and Porro overtook them and began to pull the large lead group.

It was clear that the Trek Pirelli team was looking for a stage victory, but as in previous stages of this Swiss Epic 2020, Nino Schurter and Lars Forster increased the pace in the last kilometers to be victorious at the finish line. 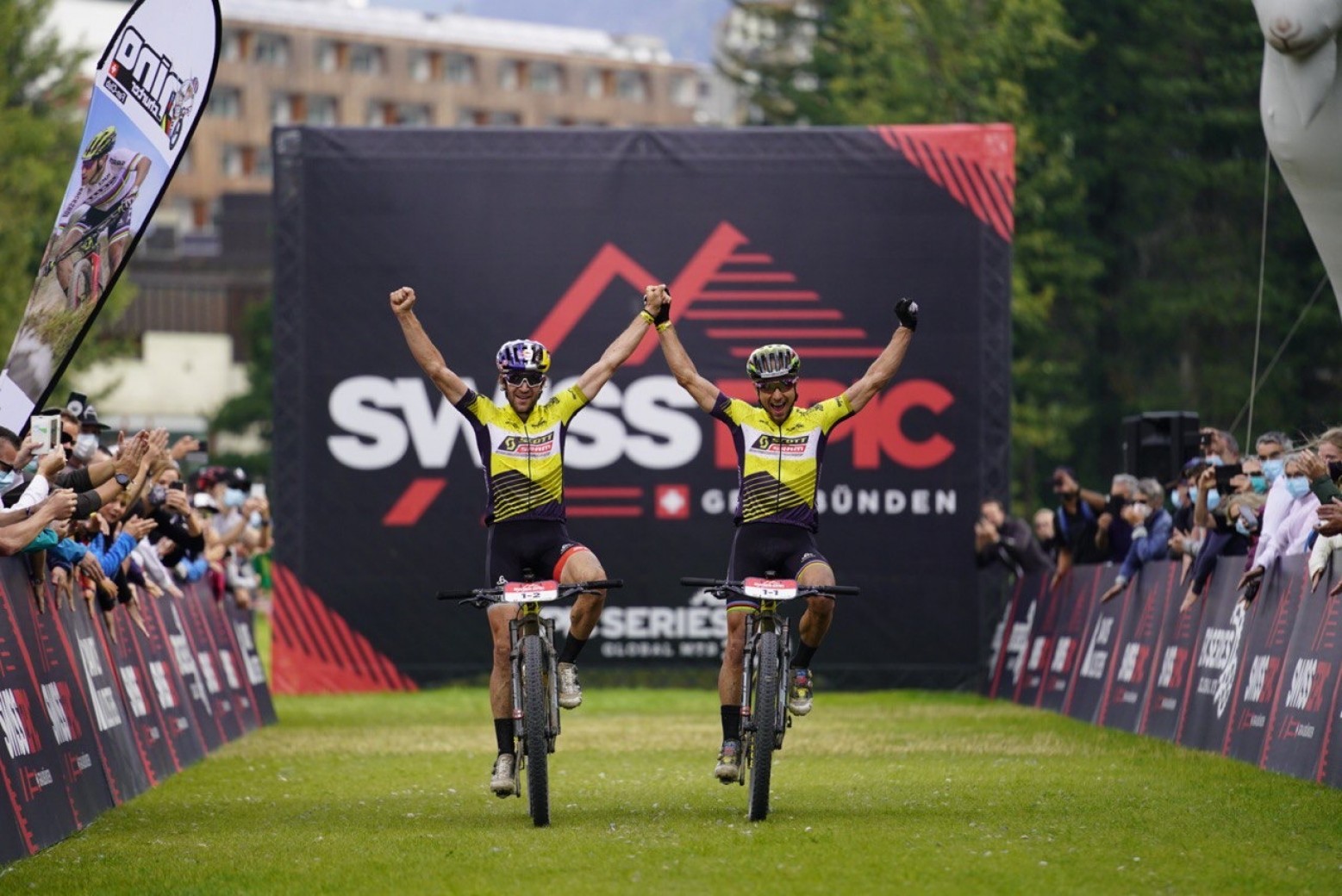 Nino Schurter and Lars Forster won the stage with a 44 second advantage over Rabensteiner and Porro who were second and consolidated their second place in the overall. Andreas Seewald and Markus Kaufmann of TExpa Simplon finished third on the podium, over 3 minutes behind. 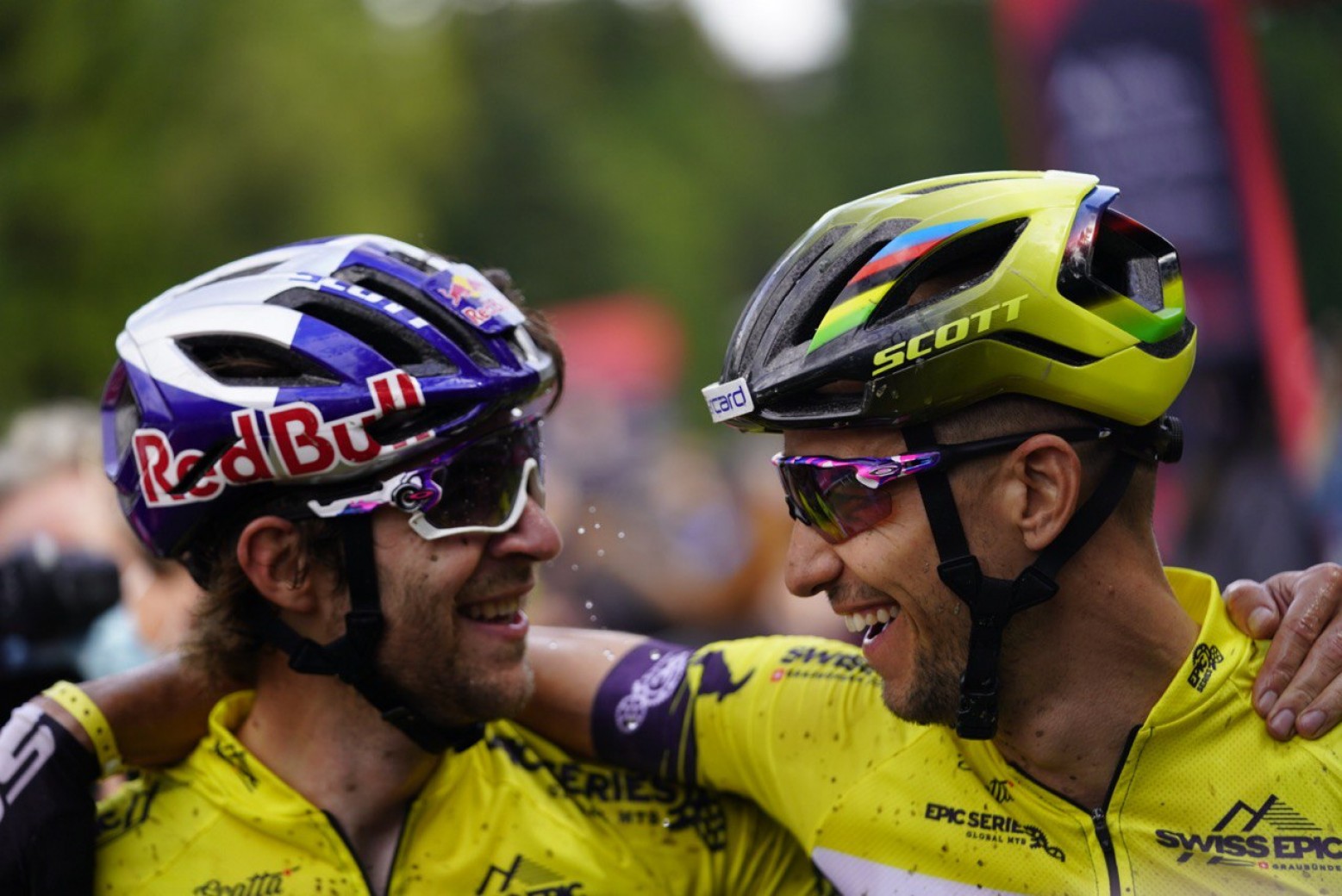 This fifth stage concludes a very special edition of the Swiss Epic in which the highest level of participants in its history have taken part. The Swiss riders Nino Schurter and Lars Forster won the most important stage race in their country, which is exceptional considering that the dates on which it is held are incompatible with the normal calendar of a mountain biker participating in the World Cup.

In the women's category, the Specialized Racing couple of Annika Langvad and Haley Batten gave a real performance from start to finish. Only in the last stage, when they were already more than 30 minutes ahead of the second place in the overall standings, they allowed themselves to slow down and manage the difference, but they also won the last stage with a 2 minute lead over Ariane Luthi and Alice Pirard who were second. With almost 6 minutes remaining, Stefanie Dohrn and Elisabeth Brandau closed the stage podium. 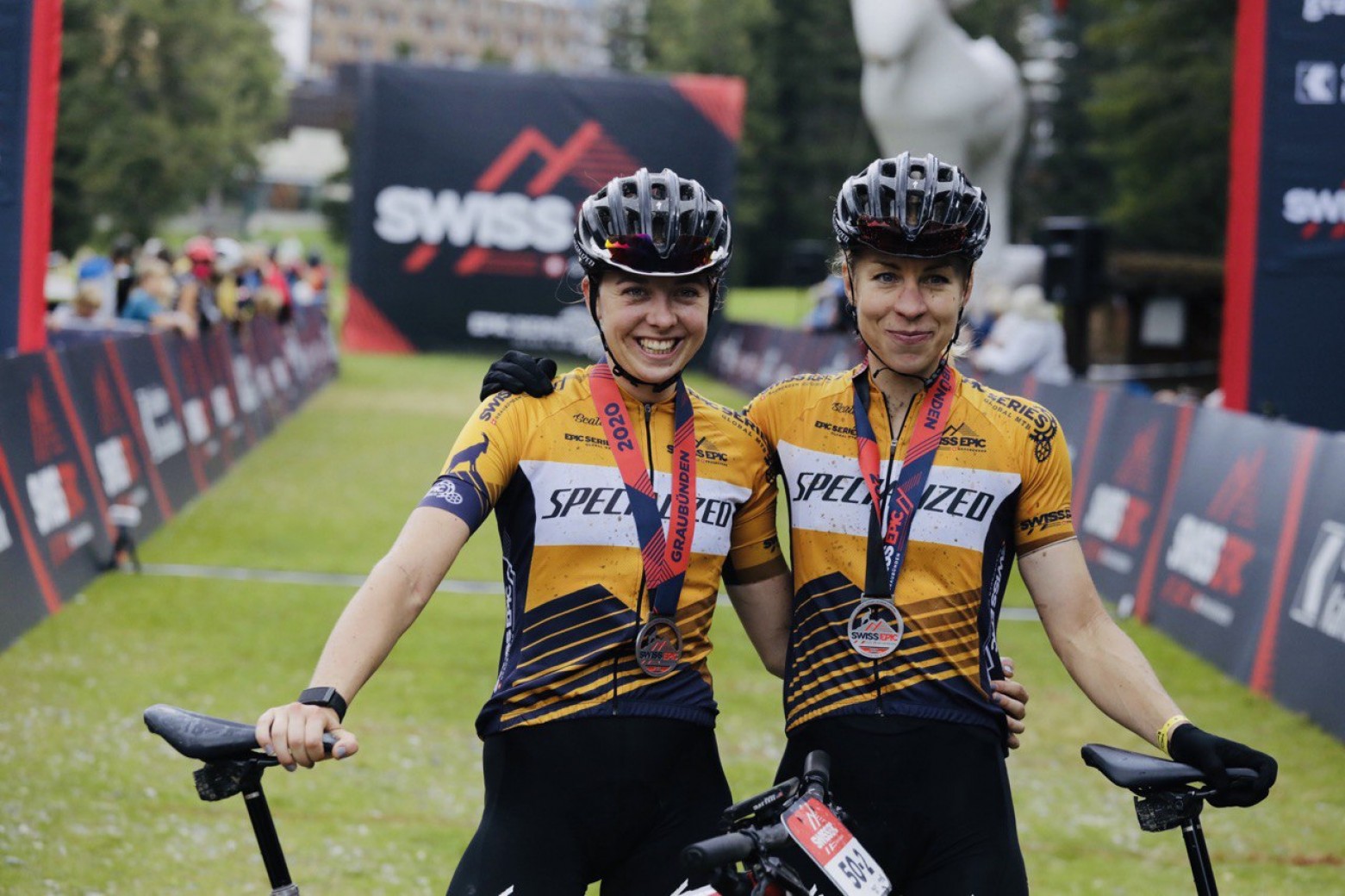