After Friday's Short Track in which Courtney was stronger than the rest, it was the turn of the Les Gets 2019 World Cup. Kate Courtney fulfilled her announcement and won with authority leading the race from lap 1.

Kate Courtney wins the MTB World Cup of Les Gets 2019

As soon as the light turned green, Jolanda Neff took the lead and set a high pace on the first climb. Kate Courtney remained stuck to her wheel and already during the downhill both could distance themselves a little from the rest of the group. 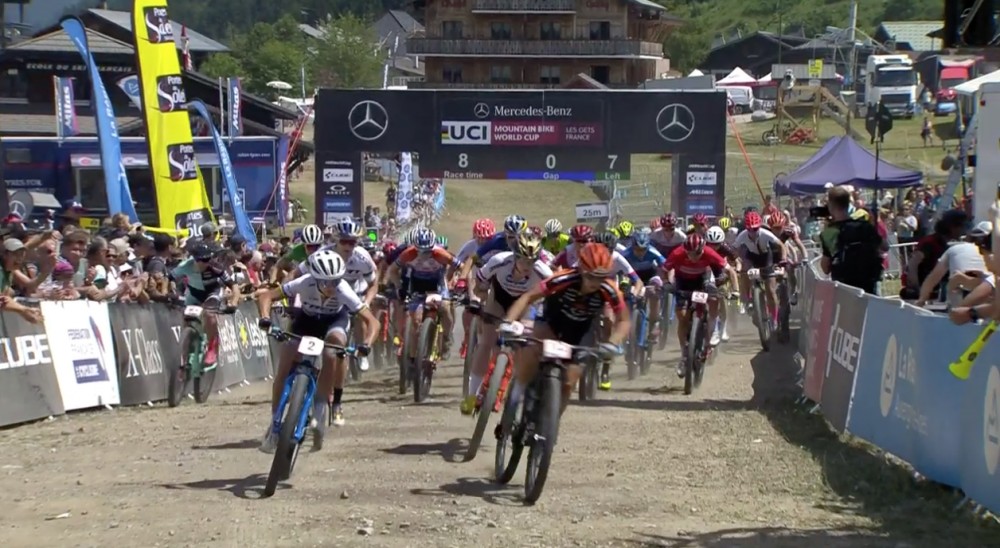 This early escape was short lived and the group got back together and the head of the race was alternated between bikers like the German champion Brandau, or the French Ferrand Prevot.

But before finishing lap 1, Kate Courtney tried a new attack and again left first and opened a gap of 7 seconds with the pursuer group. In the group were Brandau, Ferrand Prevot, Lechner, Terpstra, Frei and a reborn Jenny Rissveds who led the peloton. 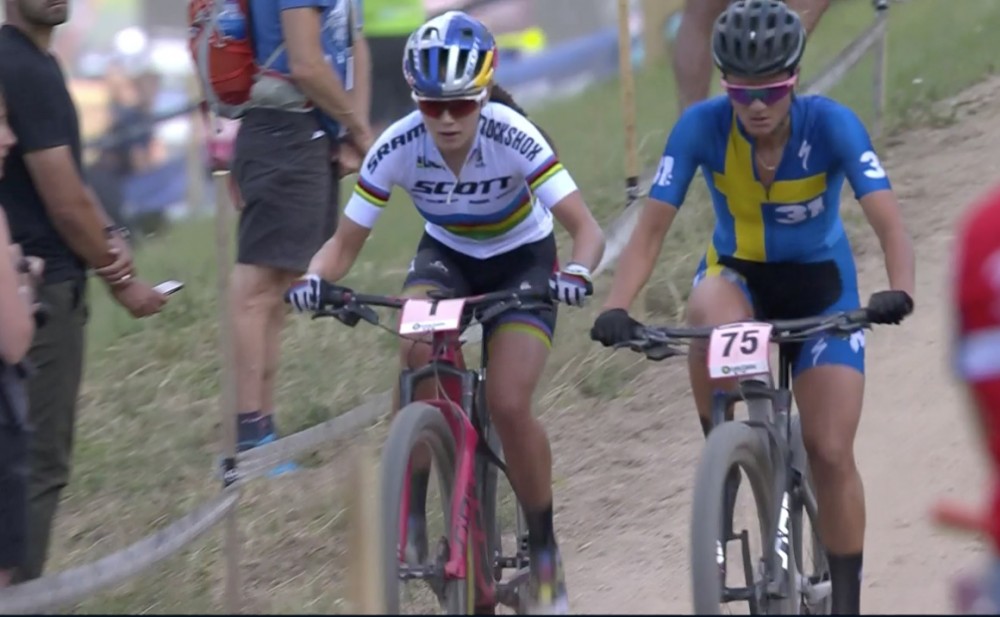 Swedish champion Jenny Rissveds left the chasing group alone and chased Courtney on Lap 2. But at the head of the race, Rissveds had to slow down and Courtney left again.

The start of lap 3 showed a very broken race in which Courtney began to take too much advantage and Jolanda Neff, who paid the overexertion of the start, rolled almost a minute away from the head. Rissveds held the second position and began to give signs that the Olympic champion has completely returned to high level mountain bike.

she rolled without a can of water and only drank in supplies, she went for it

As she did in the Albstadt World Cup, Kate Courtney followed the strategy of taking the lead alone and not looking back. She even rode without a can of water and only drank in supplies. 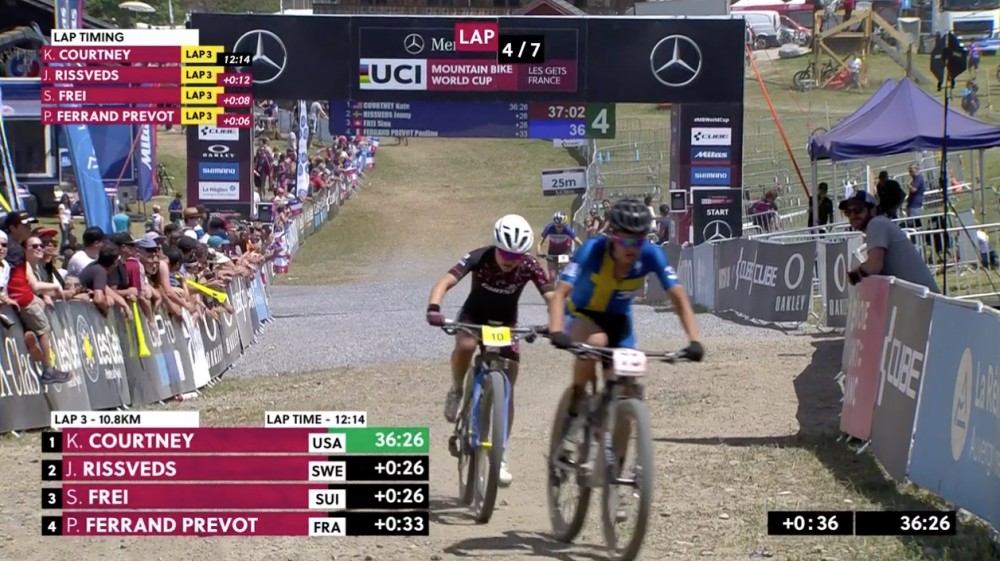 Behind, Sina Frei tried to pass Rissveds on the ascent but the Swedish held the attack and did not give up the second place.

Jolanda Neff began to recover good sensations and on lap 5 she was already in second place, 40 seconds behind Courtney, along with a chasing group that included Jenny Rissveds, Pauline Ferrand Prevot and Sina Frei. 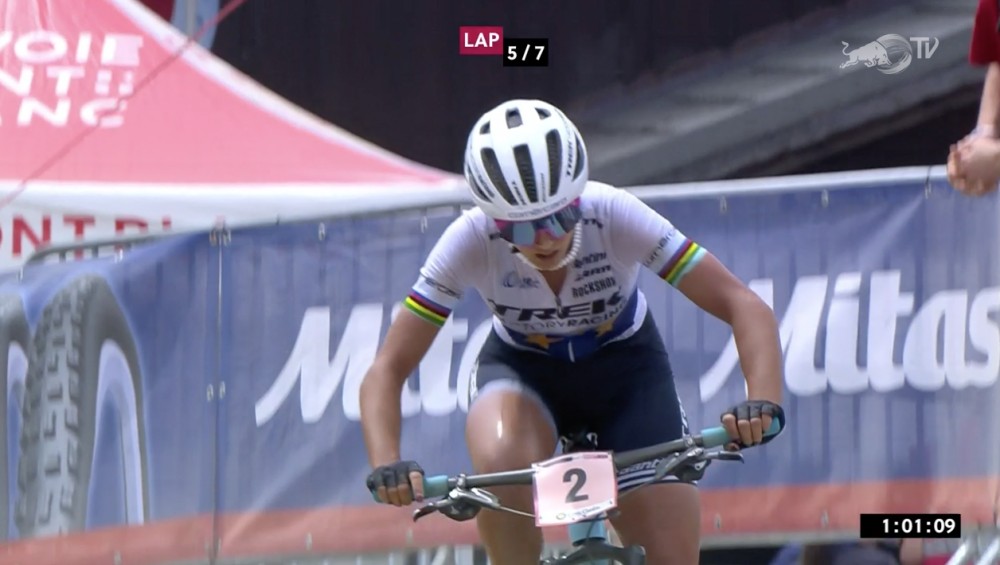 The Swiss begins to have us accustomed to these incredible comebacks and after a first half of the race in which she had rolled far behind, Jolanda Neff was launched by the head of the race, where Kate Courtney did not show her best after almost an hour of racing pulling alone. 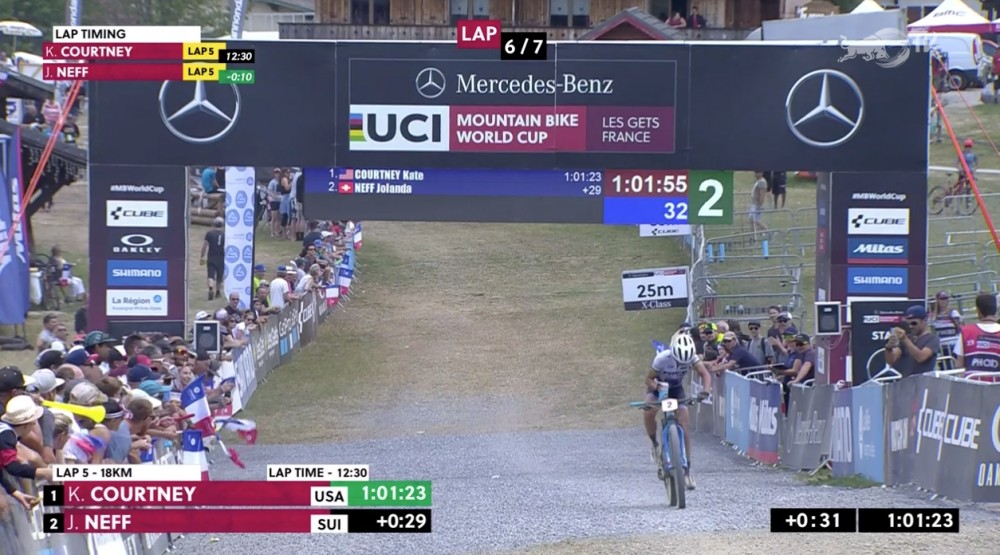 In one lap Neff cut the distance with Courtney by 10 seconds. Pauline Ferrand and Sina Frei fought for third place and Brandau won the fifth position to a Jenny Rissveds who suffered the effort of previous laps. 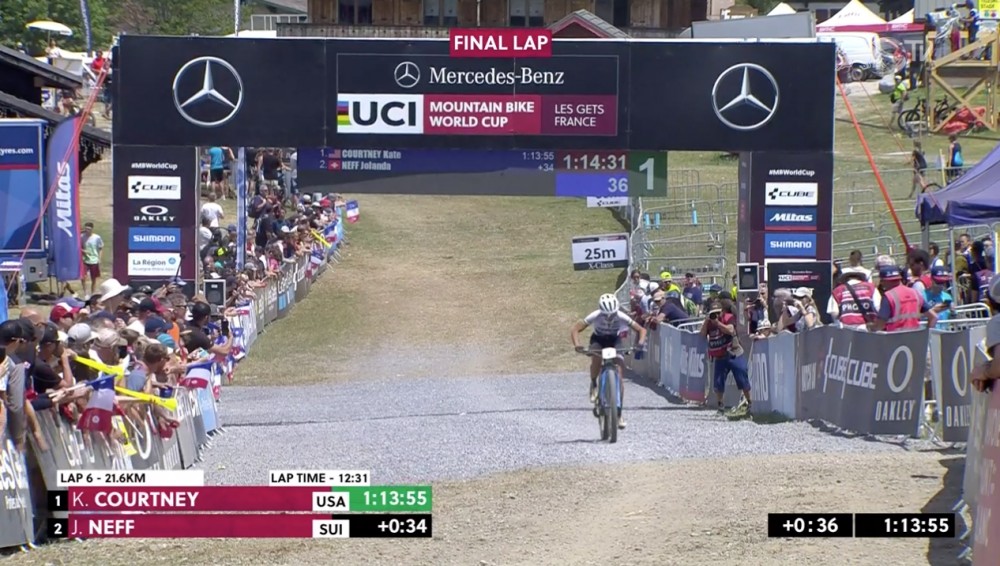 The last lap started with a very steady Kate Courtney in the race, Jolanda Neff in second position but not getting close to Kate, and Brandau in third position after attacking Sina Frei and Pauline Ferrand.

True to its strategy, the American team Scott SRAM maintained a high pace also on the last lap. Jolanda Neff tried to reach Kate Courtney but she couldn't. 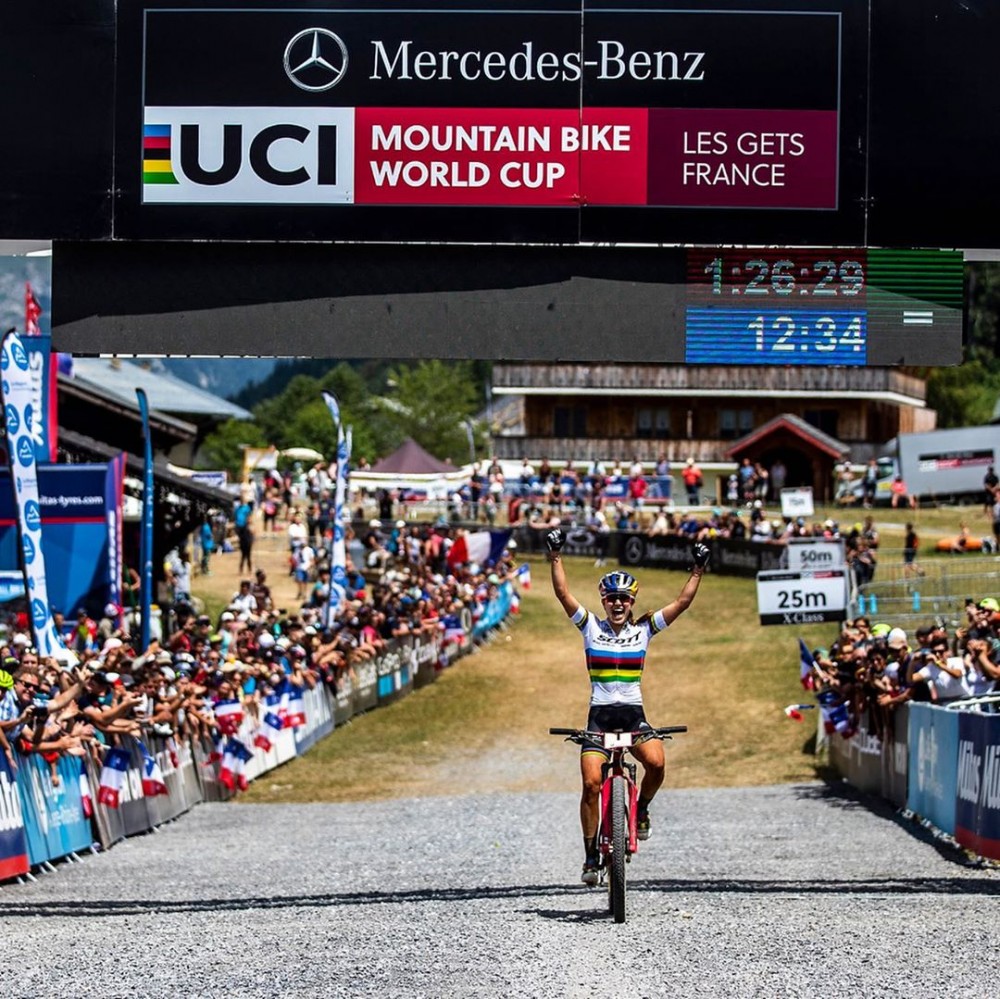 Kate Courtney won the World Cup of Les Gets 2019 with authority, leading the race from lap 1 and almost without giving any option to dispute the race to her competitors.

Jolanda Neff was second after a bad start and the German Elisabeth Brandau closed the podium after a few laps in which we saw her saw very strong. 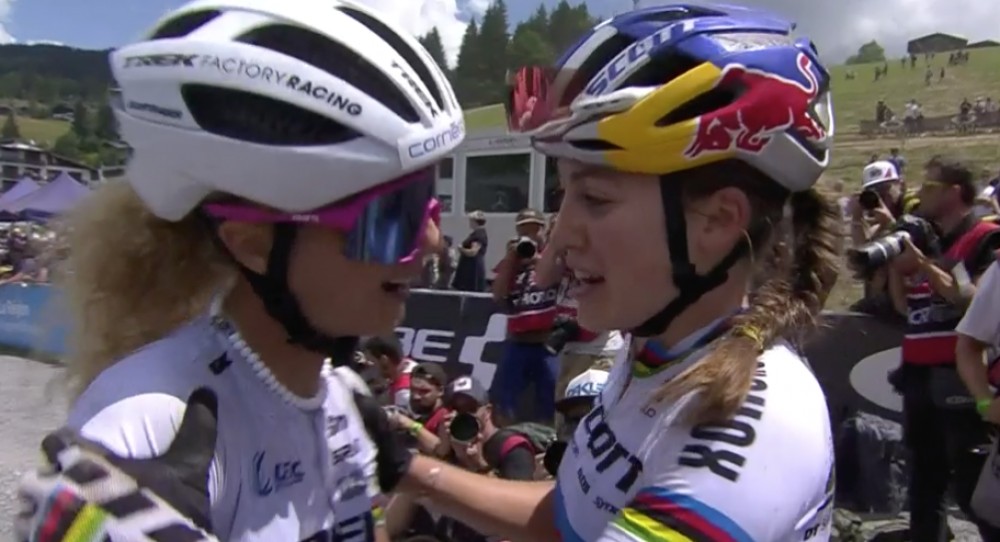 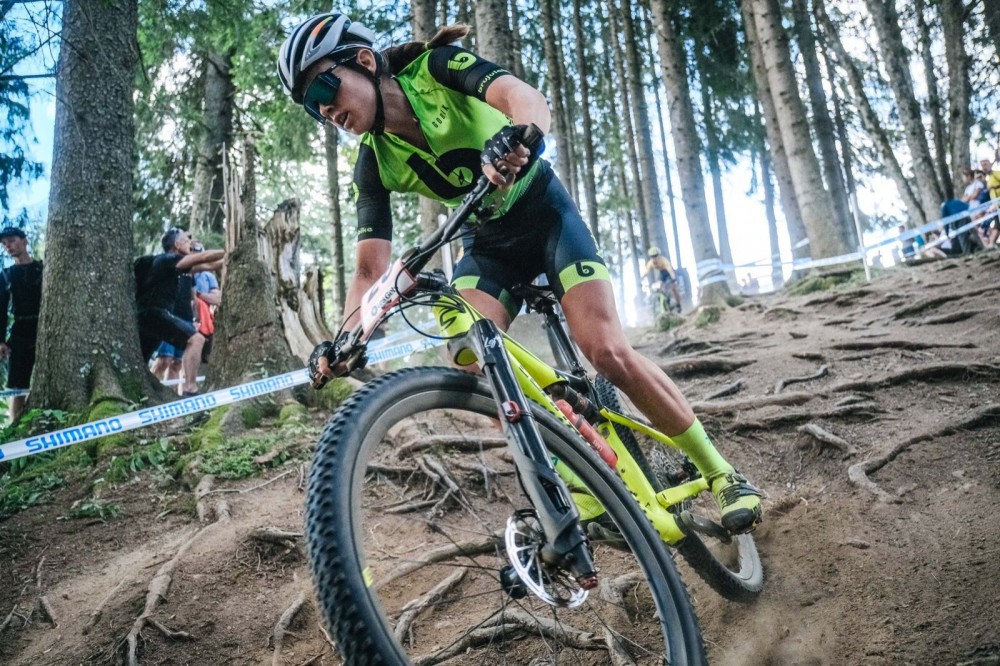