The Dutch Anne Tauber gave a lesson of skill and strength riding her mountain bike in the World Cup Nove Mesto 2019, but bad luck was rekindled with it. Kate Courtney won the 2019 Nove Mesto World Cup after an epic comeback.

After a "slow" exit, with respect to Albstadt, Annie Last took the lead to enter first in the wooded area, but the group was still very numerous and the favorites like Kate Courtney, Jolanda Neff and Yana Belomoina were well positioned. 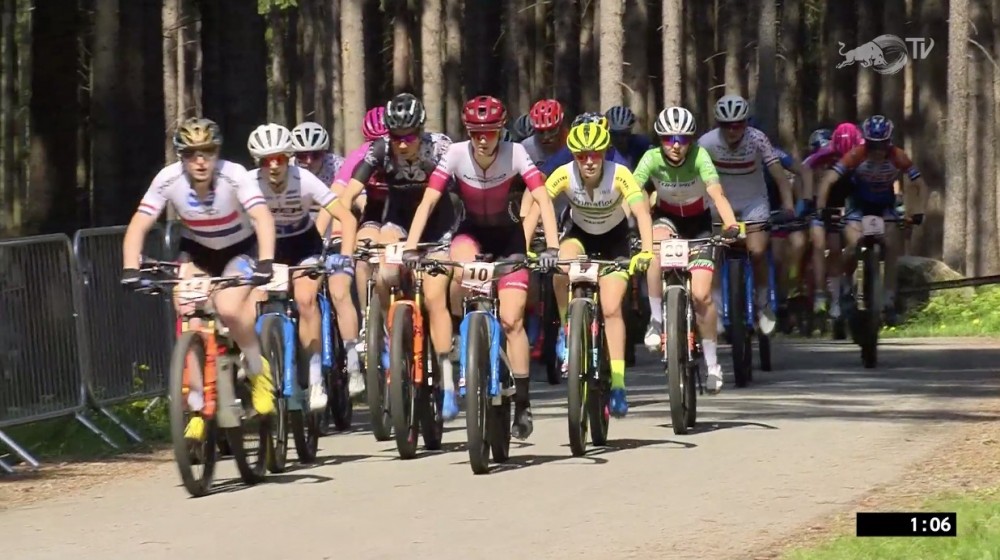 The Spanish Rocio del Alba was also riding in the head of the group when a mechanical problem with his handlebar forced her to stop with the consequent loss of positions.

The Australian Rebecca Mcconnell was the first to try her luck with a great attack that segmented the race and managed to form a first group joined by Courtney, Jolanda Neff, Anne Tauber and Sina Frei.

Already in lap 1 began to happen several attacks by Anna Tauber and Kate Courtney that eventually made the Australian Rebecca Mcconnel out of the first group. And before the round was over, Tauber and Neff understood each other to accelerate again and go solo. 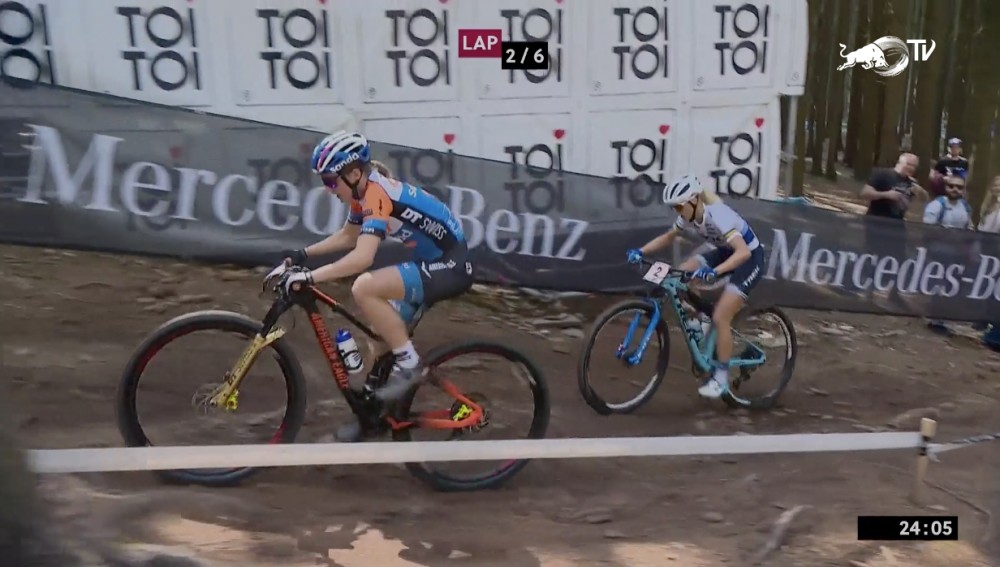 The Dutch Anne Tauber was riding very agile throughout all the areas of the circuit, while Jolanda Neff and Kate Courtney were suffering in some steps through the technical areas.

At the start of lap 3, Anne Tauber and Jolanda Neff had a lead of 22 seconds over Sina Frei and 34 seconds over Kate Courtney and Rebecca Macconel. 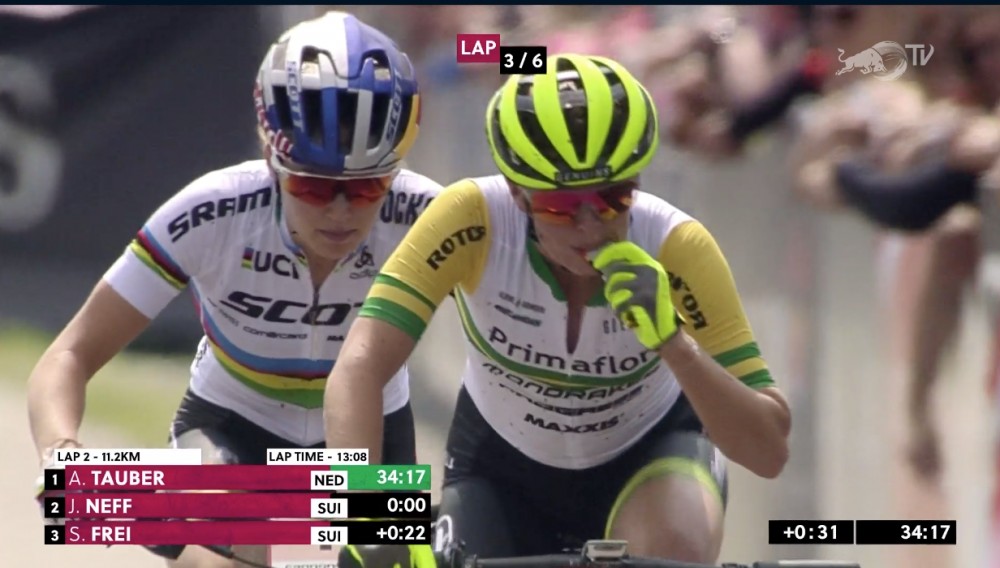 During lap 3, Jolanda Neff exchanged the first position with Anne Tauber on several occasions but both stayed together. Behind, Sina Frei began to accuse fatigue and Courtney took advantage to recover the third position.

The World Champion, Kate Courtney, upped the pace on lap 4 and managed to catch up with Jolanda Neff, pass her quickly and go in search of Anna Tauber, who was already riding solo at the head of the race.

The distance between Courtney, second, and Anne Tauber, first, was only 7 seconds on lap 5/6. Kate Courtney had started the hunt a little late but there was still time to reach her goal. Meanwhile Jolanda Neff was fighting fifth place with Sina Frei.

With the bell warning that it was the last round, Courtney accelerated again to try to catch up with Tauber and problems began to emerge. 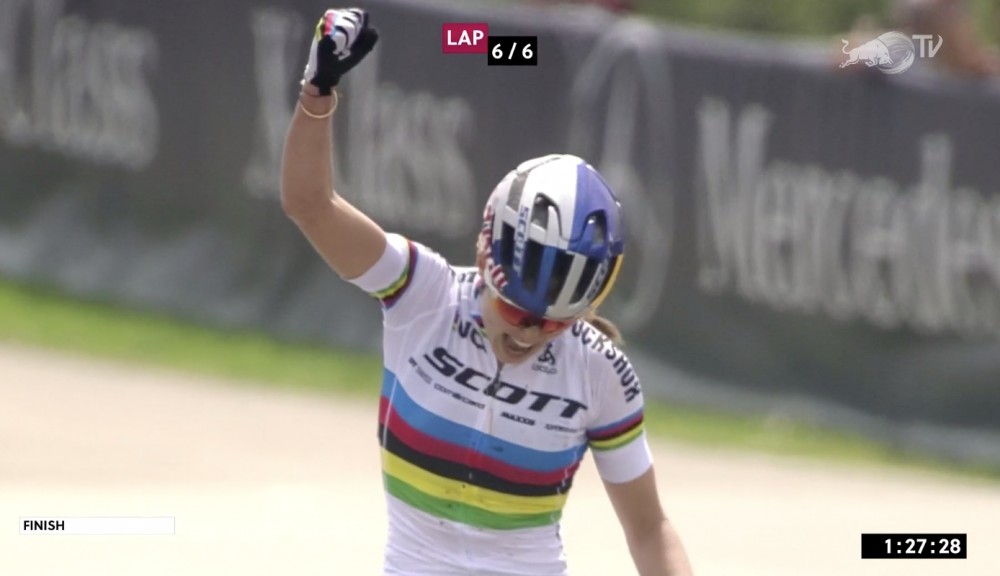 Bad luck caused Tauber to break her transmission in Albstadt when she was first and again on the last lap of Nove Mesto, and after leading the whole race, she lost any chance after suffering problems in one of the last rocks garden. 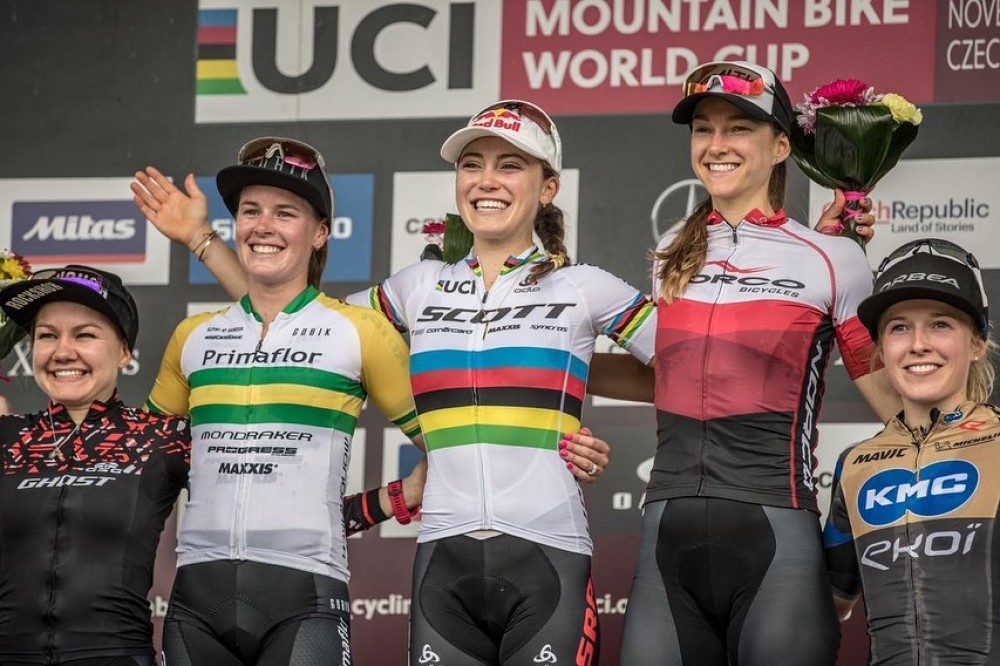 Jolanda Neff also suffered a mechanical problem in the last lap that caused her to enter in the 8th position. Olympic champion Jenny Rissveds reached in 30th place.