Only 20 points separated Jolanda Neff from Kate Courtney in the general classification, this meant that practically whoever was ahead in Snowshoe would take the victory of the 2019 World Cup. 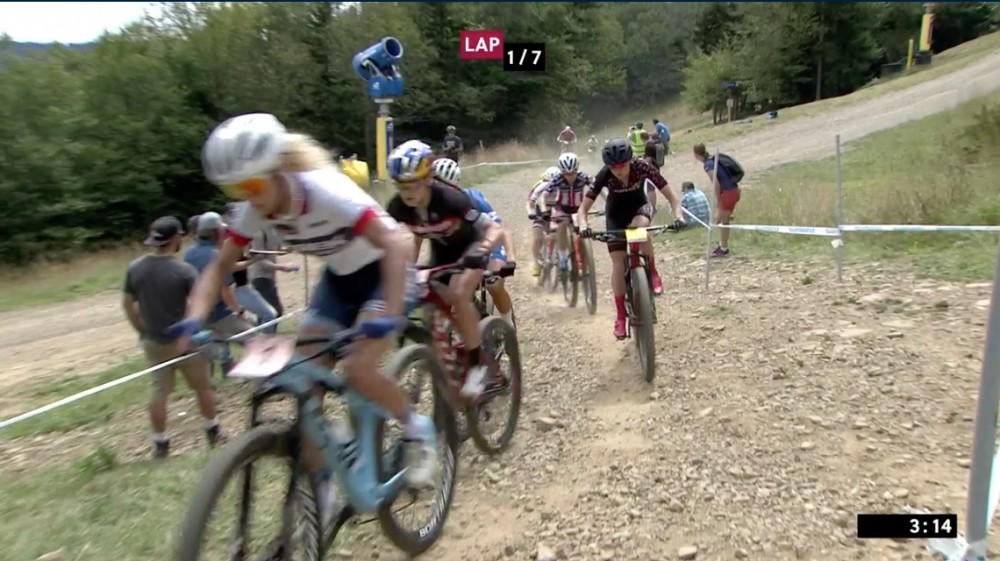 Jolanda Neff was again the first to take the head of the race at the very beginning. A strategy that had not gone well in previous races but that the Swiss insists on following. Soon it was Kate Courtney who took the lead and Jolanda Neff and Jenny Rissveds were at the wheel of the American. 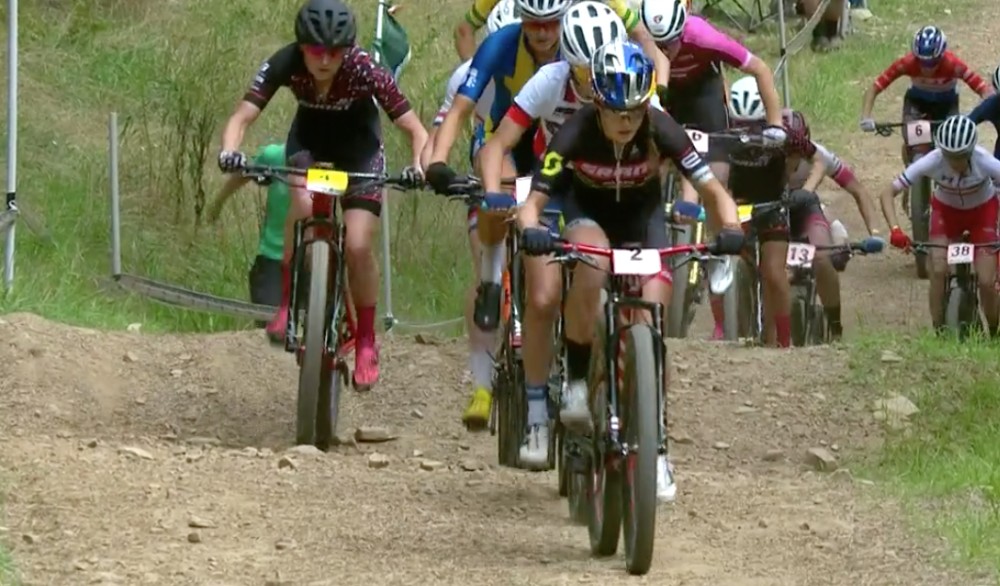 Lap 2 began with a group of 7 cyclists led by Kate Courtney in which Jolanda Neff was, but the Swiss lost contact completely in a few meters. After a rise in the pace of Courtney, Jolanda Neff dropped to the 10th position over 20 seconds ahead of the race. 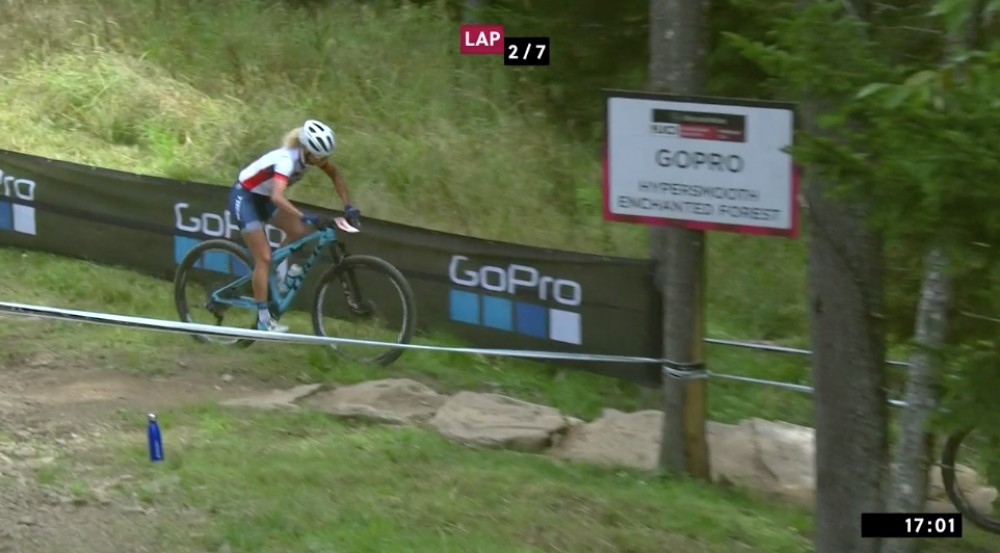 Meanwhile, Kate Courtney kept pulling the first group and looked focused and looked the same as she showed during the first races she won at the beginning of the season. 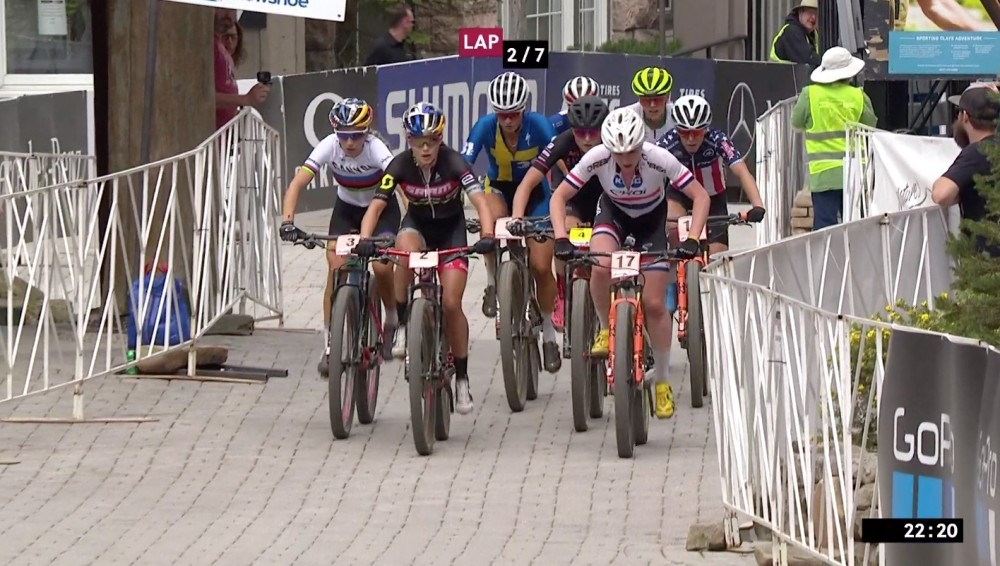 Annie Last relieved Courtney at the beginning of lap 3 but the front group remained compact while Jolanda Neff sank to position 18 more than 1 minute away from the head of the race. 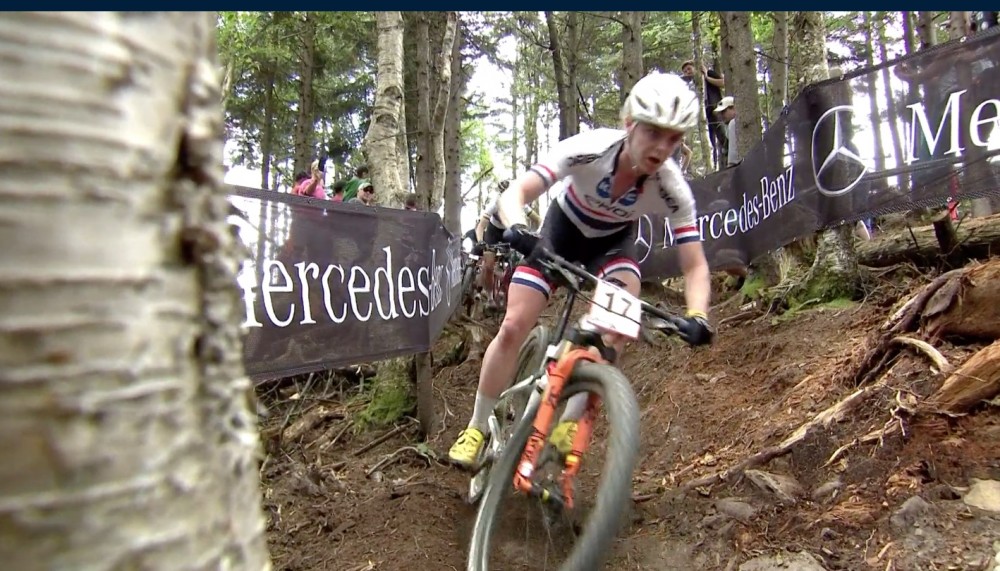 Pauline Ferrand Prevot, Annie Last, Kate Courtney, Jenny Rissveds, Anne Terpstra, Rebecca McConnel and Chloe Woodruff remained in the lead for almost 20 seconds ahead of the rest of the race.

But Kate Courtney's good performance collapsed at the beginning of lap 4, when she saw how she had to get off the front group when she couldn't keep up. Although the American managed to reach the group again, before finishing the lap and as soon as the pace rose, she was again out. 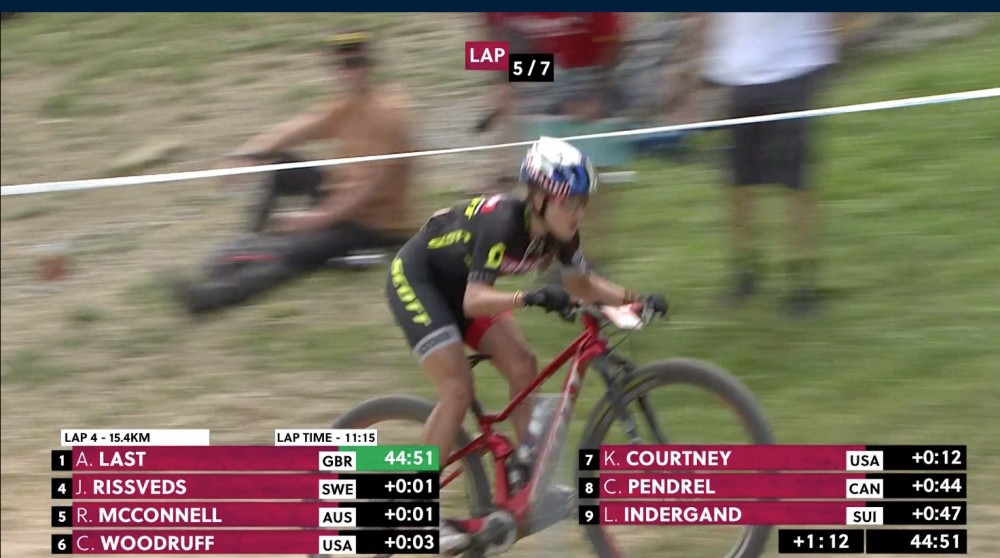 Behind Jolanda Neff was reaching position 12, but she was still more than 1 minute and a half away from the first biker.

The American public witnessed the suffering of their national heroine, Kate Courtney, for staying in the 7th position that was worth to take the jersey of the 2019 World Cup leader.

Meanwhile, at the top of the race, World Champion Pauline Ferrand-Prevot began launching attacks to eliminate rivals for victory. But she could not open large gaps with Anne Terpstra, Jenny Rissveds and Annie Last. 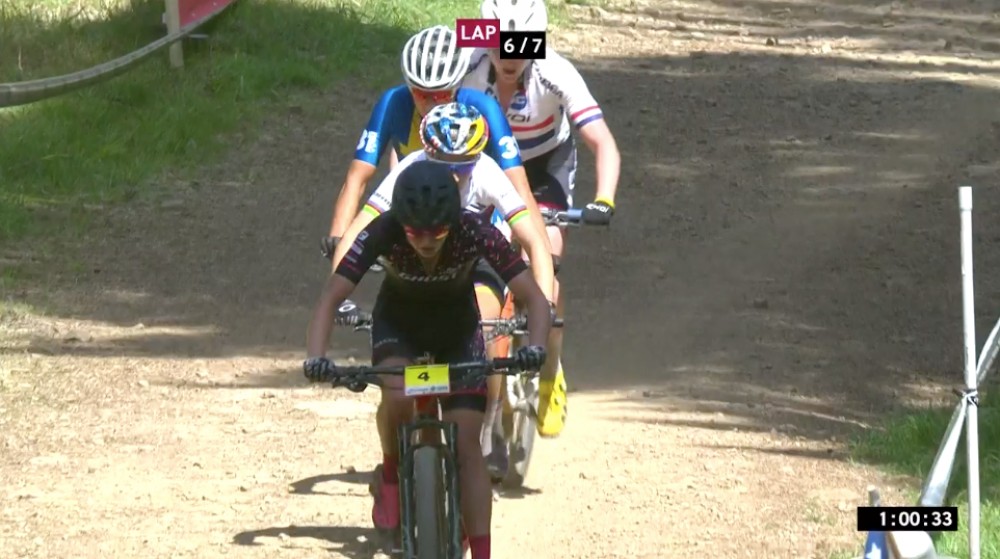 The only one who could take Courtney's general classification off was Switzerland's Jolanda Neff and in the absence of 2 laps she was still more than 2 and a half minutes from the race head and 2 minutes from Courtney.

The last lap started with a hard attack by Anne Terpstra that left Pauline Ferrand Prevot stuck and 22 seconds behind Annie Last. Just then, Jenny Rissveds suffered a puncture away from the maintenance zone, which practically left her out of the race. 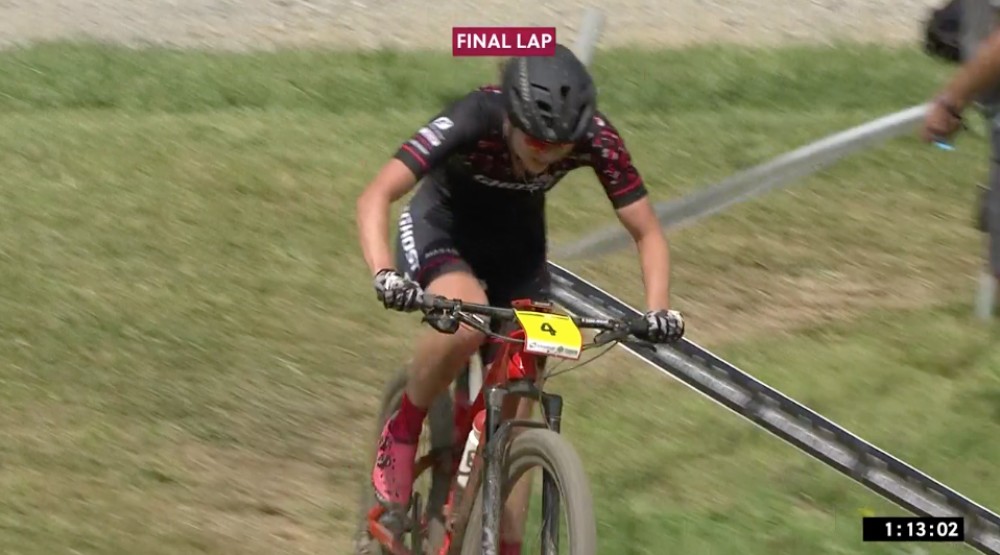 The Dutch Anne Terpstra continued to keep up the pace but Ferrnad-Prevot was not willing to make things easier for her and was struggling to reach her, she was still less than 8 seconds away. What seemed resolved was the victory of the general for Kate Courtney, who followed 5th and Jolanda Neff 11th. 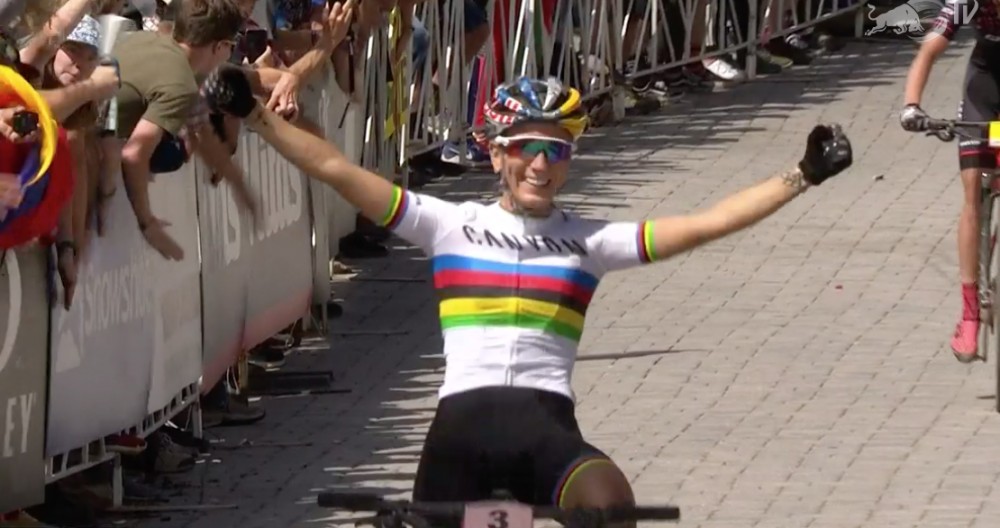 Pauline Ferrand-Prevot showed off his explosive race finals and after overtaking Terpstra on a climb she managed to win the Snowshoe World Cup. Anne Terpstra was second and Annie Last third. 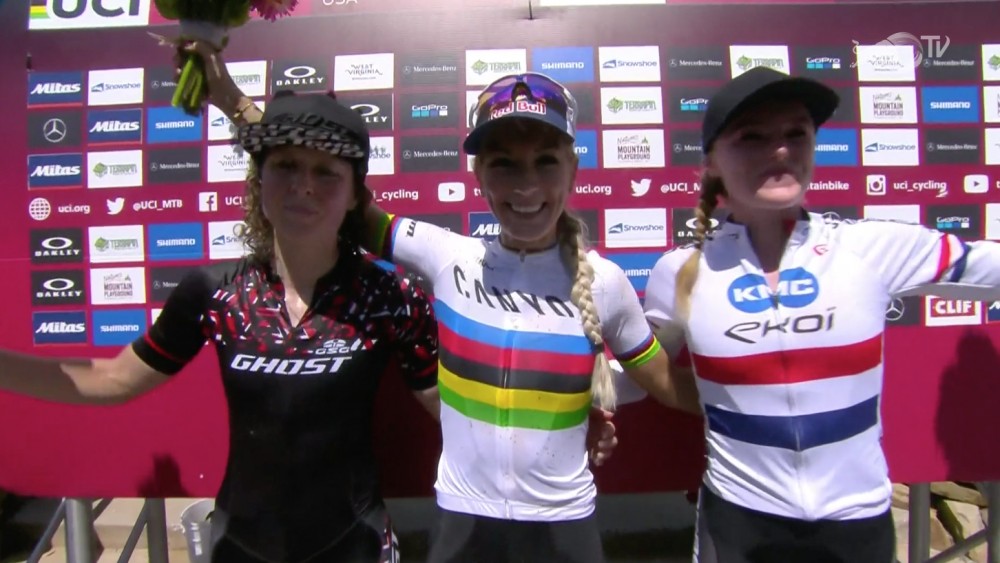 Kate Courtney arrived in fifth position and thus achieved the victory of the general classification of the 2019 World Cup. 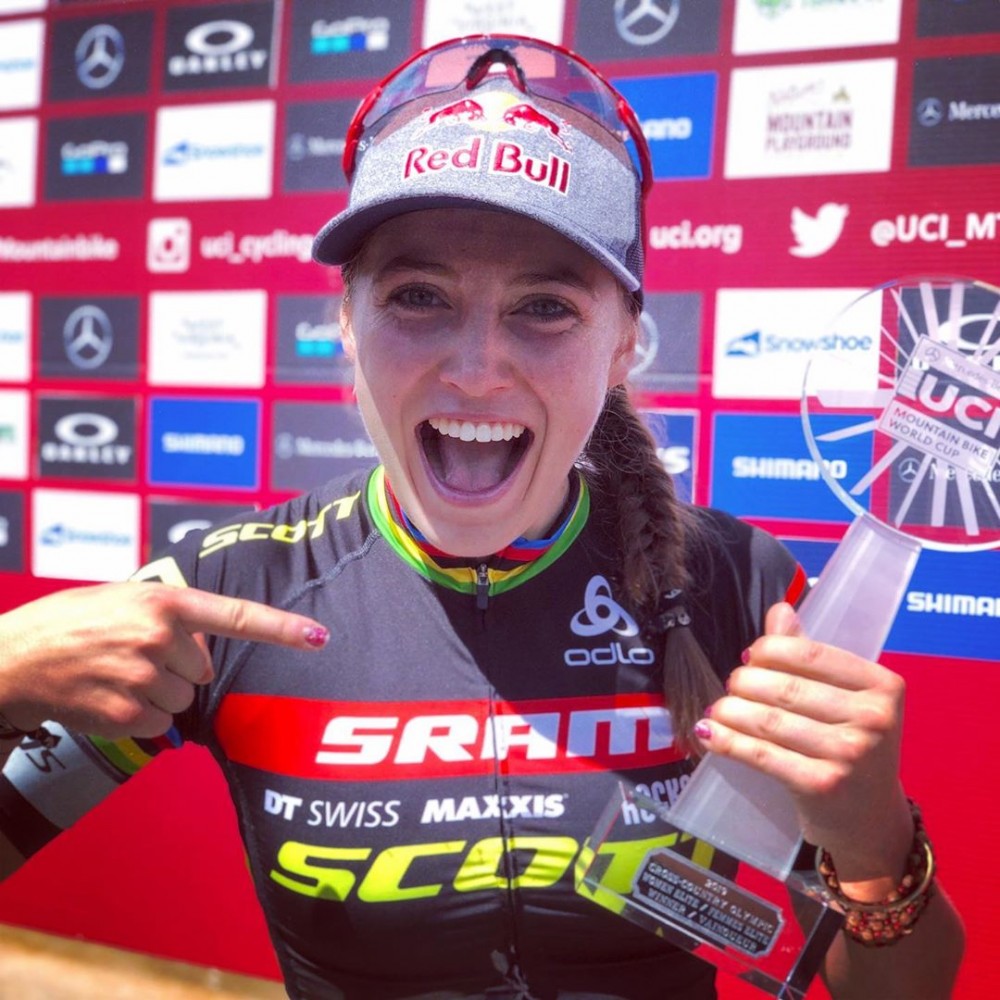 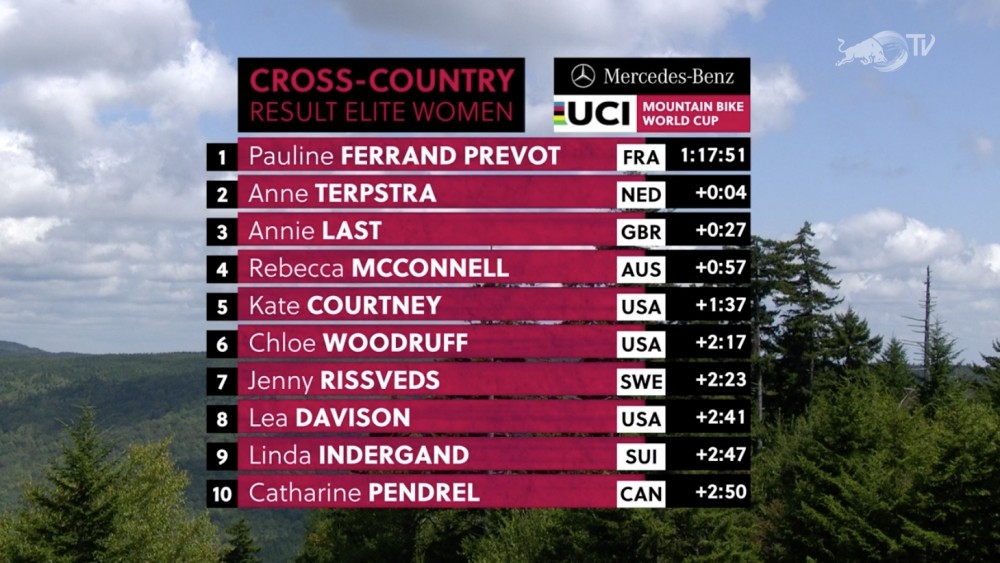