After a Short Track won by Pauline Ferrand Prevot last Friday, the Lenzerheide circuit received the great women's final with a very wet circuit. A plot that has been the protagonist of the definitive return of Jenny Rissveds. The Swedish has won the 2019 Lenzerheide World Cup after leaving the mountain bike almost permanently due to a severe depression. 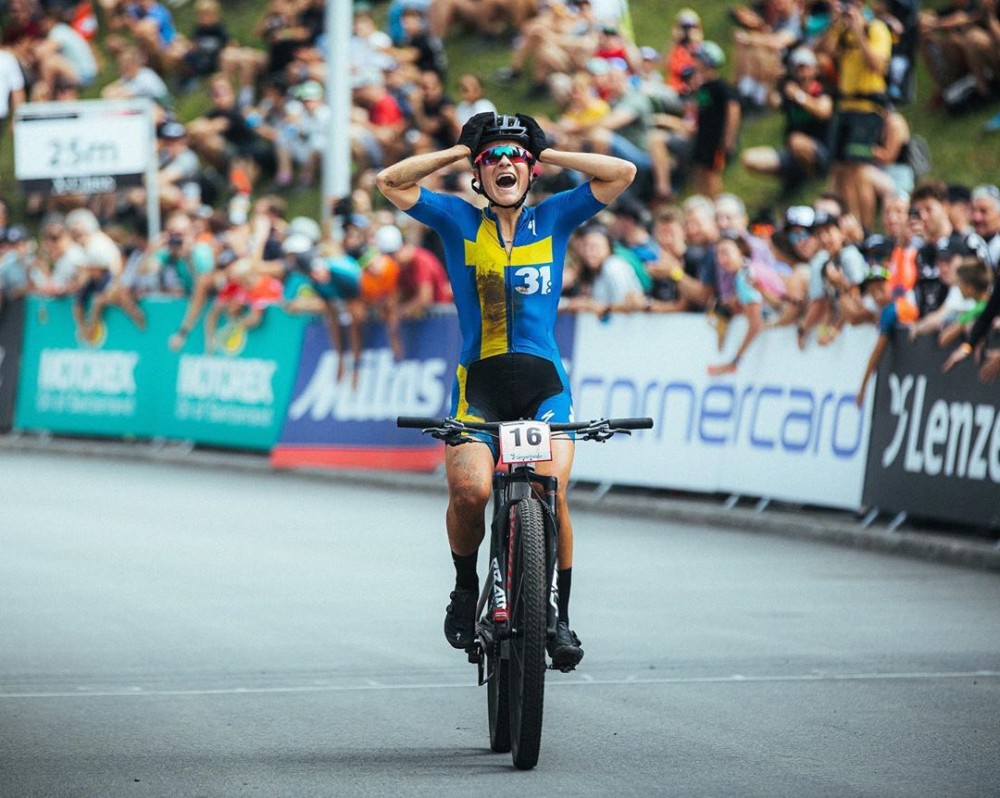 The Olympic champion Jenny Rissveds was the first to take the head of the race as soon as the light turned green, but with her were all the favorites to victory, such as Jolanda Neff, Kate Courtney or Pauline Ferrand Prevot. The Spanish Rocío del Alba also managed to get into the best group since the beginning. 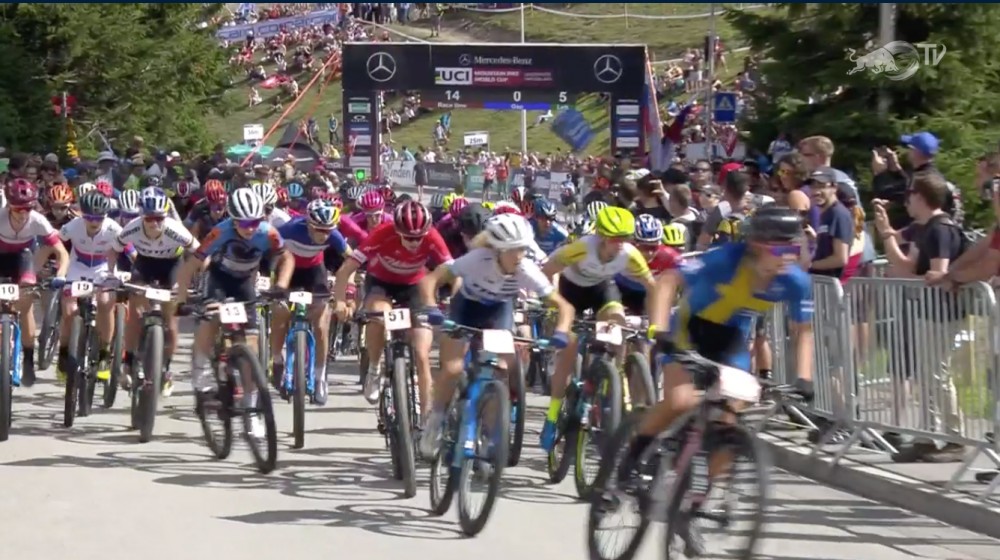 A spectacular fall of Rissveds in the first downhill caused the Swedish to delay and Jolanda Neff could take a little advantage, followed by Anne Terpstra and Kate Courtney. Rocío del Alba held between the fourth and fifth position, 11 seconds away from the first. 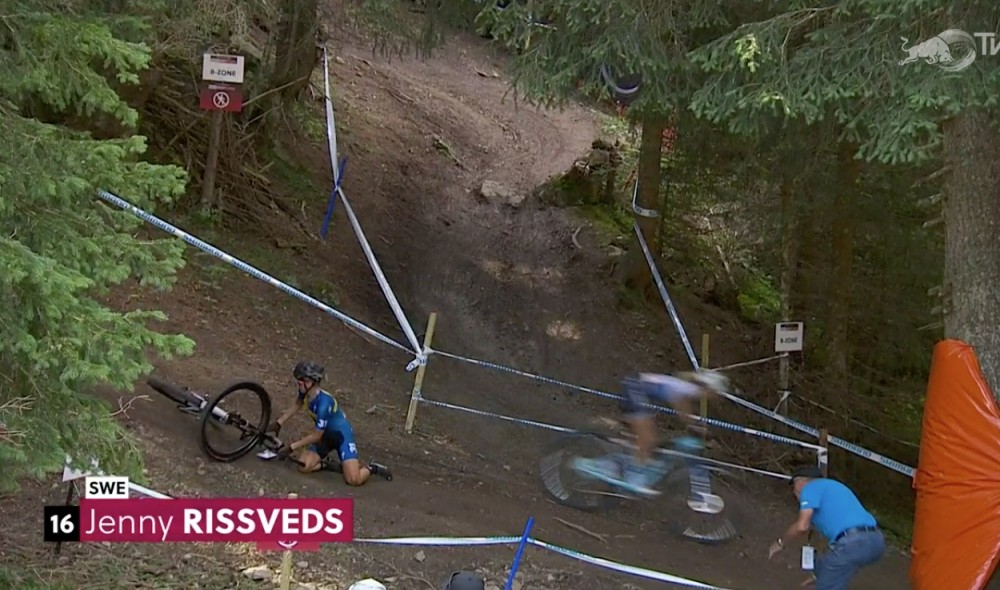 At the beginning of the first lap, Neff and Terpstra took the head of the race 3 seconds ahead of a chasing group in which were Rissveds, Courtney and Rocío del Alba. But in a few meters they all reagrouped and formed a large group of 8 bikers. 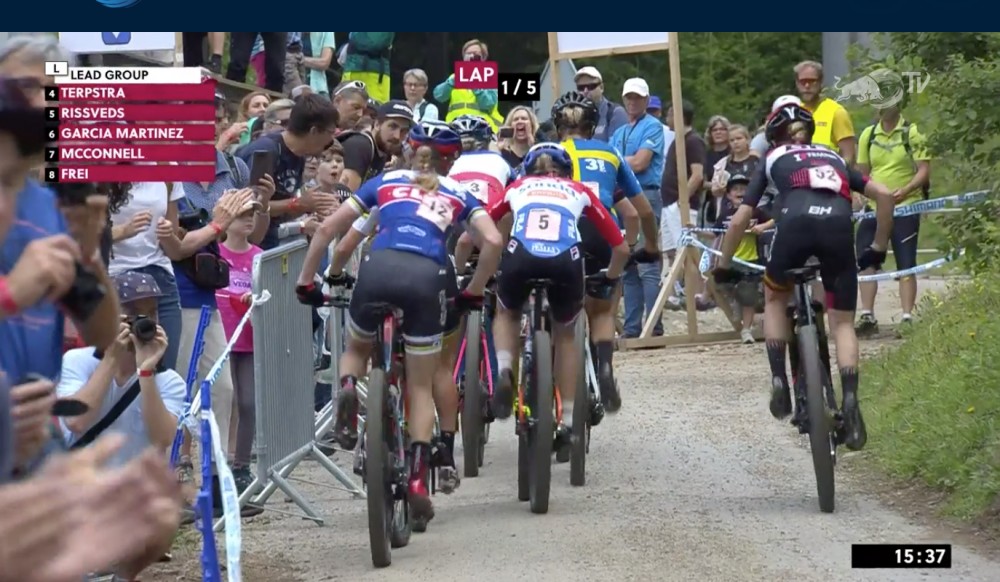 Jolanda Neff was confident and gave no one the first position. While Kate Courtney did not seem to have good sensations and had a hard time going through some technical areas, Jenny Rissveds continued to gain confidence after her fall and looked firm in fourth position. 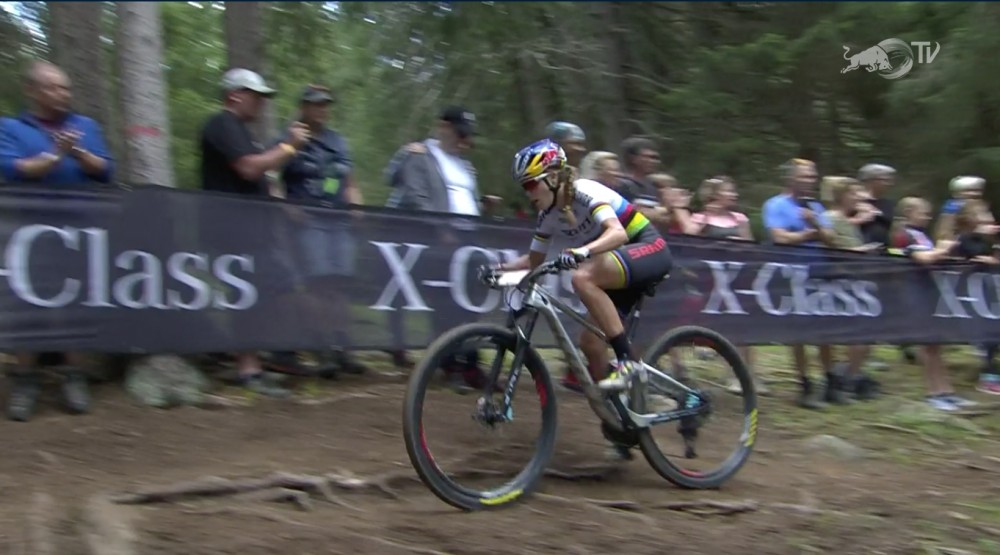 Lap 2 started with Rissveds in first position and leading a group that included Pauline Ferrand Prevot, Jolanda Neff, Anne Terpstra and Catherine Pendrel. Courtney was already in 9 position and 20 seconds away from the first. 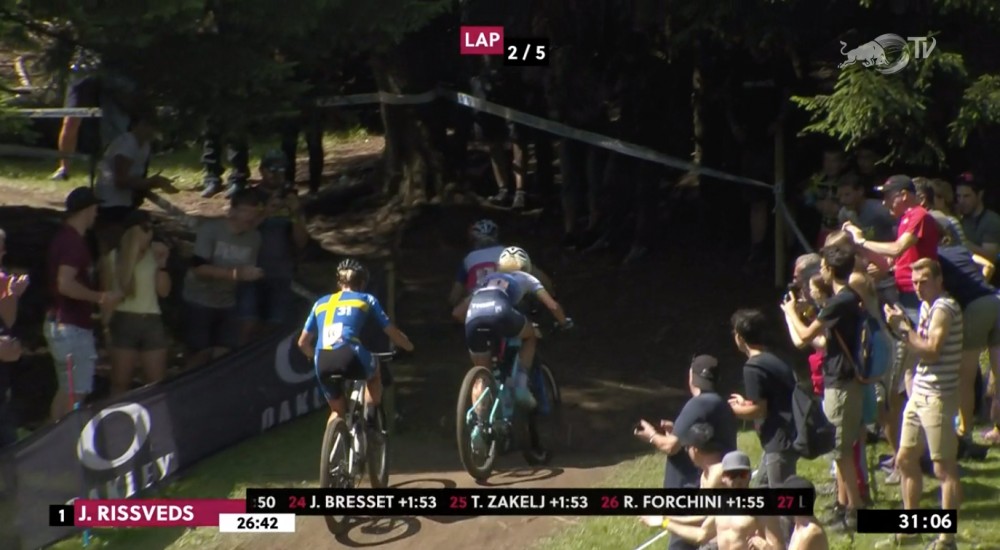 During lap 2, the fight was between Jolanda Neff and Pauline Ferrand Prevot. There were hardly any differences on the climb and each downhill looked like a final downhill in which none of the two were able to open large gaps. 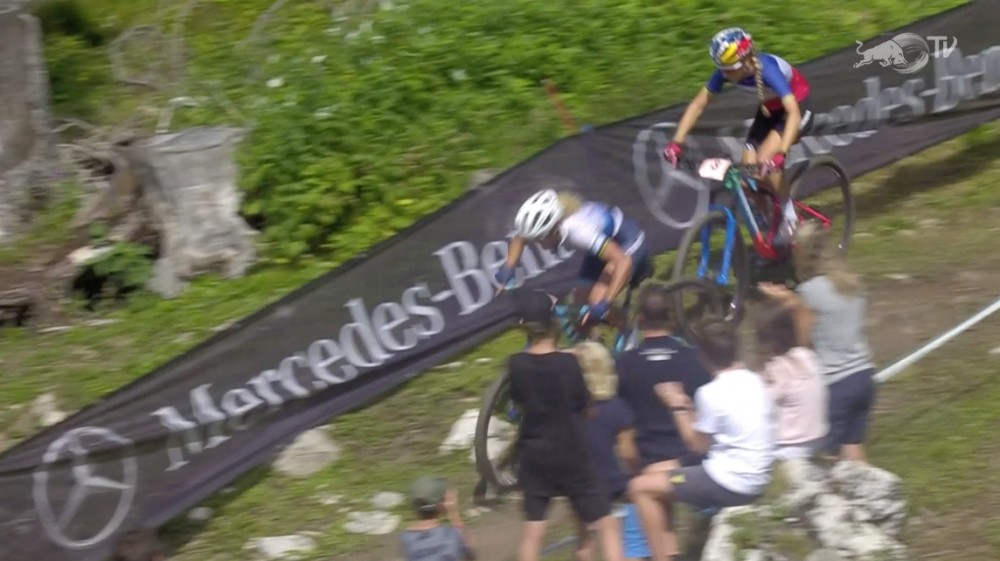 It is worth remembering that Jolanda Neff was running at home and has never achieved a victory in Lenzerheide before. But the Swiss was competing against Pauline and Jenny, two cyclists who have returned to the elite in a few races and are at the best moment of the season. 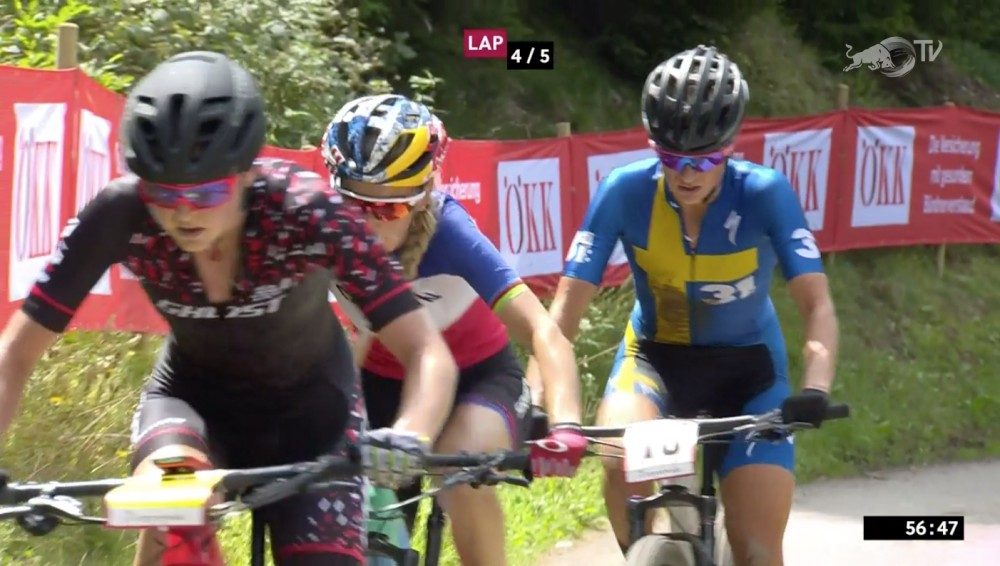 On lap three, Anne Terpstra surprised taking the head of the race and together with Rissveds and Ferrand Prevot they managed to open a half-minute gap with Jolanda Neff. The Trek Factory Racing seemed to be accusing all the effort to lead the first laps.

Kate Courtney marched 8th, more than 1 minute and a half away from the head of the race and engaged in her own struggle to not lose positions and thinking about the general. 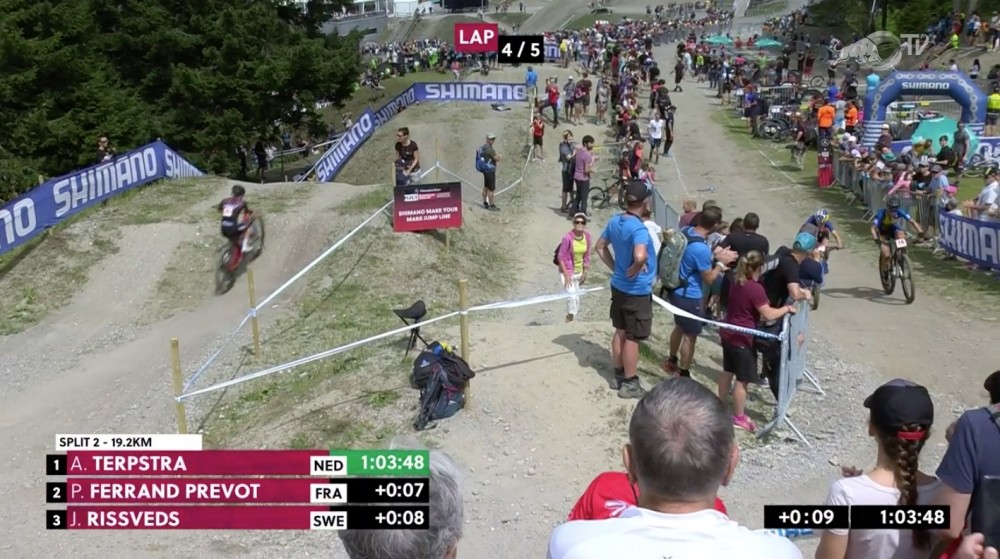 At the end of the penultimate lap, the Dutch Terpstra picked up the pace again and only Jenny Rissveds could follow her. Ferrand Prevot relented and Jolanda Neff continued to widen its gap with the former.

The last lap of the 2019 Lenzerheide World Cup came with one of the most open finals of the season and with the audience fully delivered and encouraging all cyclists. 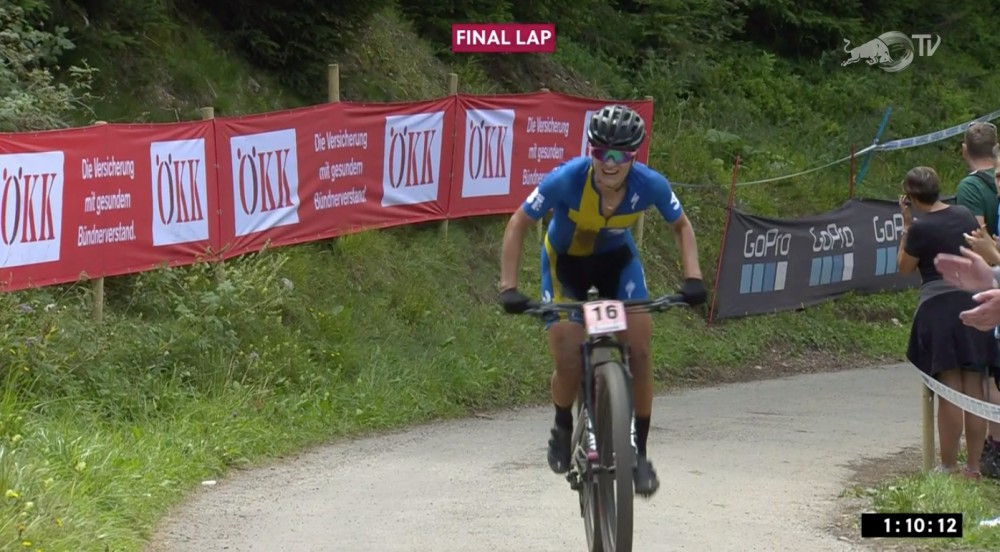 The Swedish Jenny Rissveds tried it soon and in the first meters of the last lap she attacked first. With a face of suffering she sped up and was able to get rid of Anne Terpstra.

The Swedish was determined to win and looked very fast in the downhills but Terpstra was managing to reduce differences and was only 8 seconds away from Rissveds.

Jolanda Neff was still in trouble and was forced to stop by a flat tire, just when Kate Courtney caught up with her. 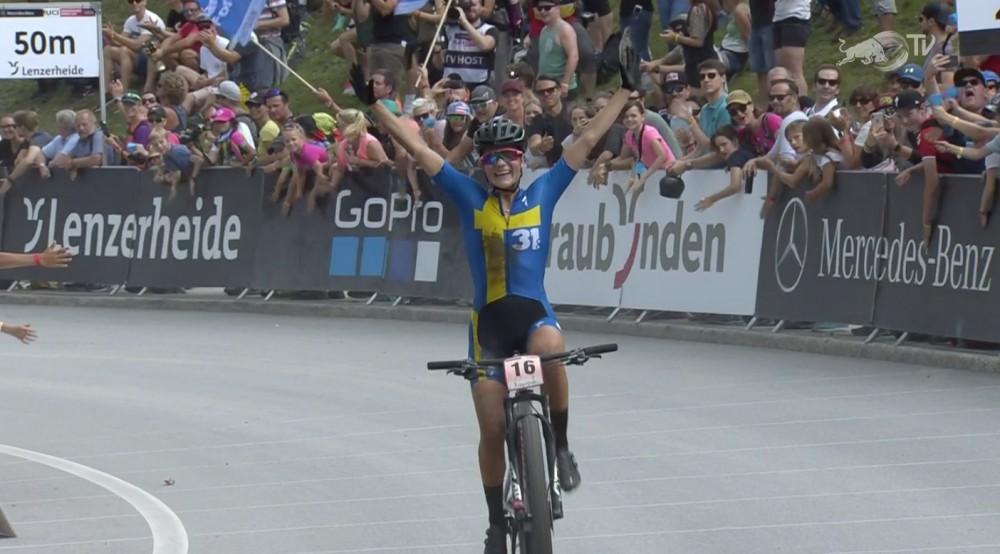 But Rissveds has had to suffer a lot to be here and no one could stop her. 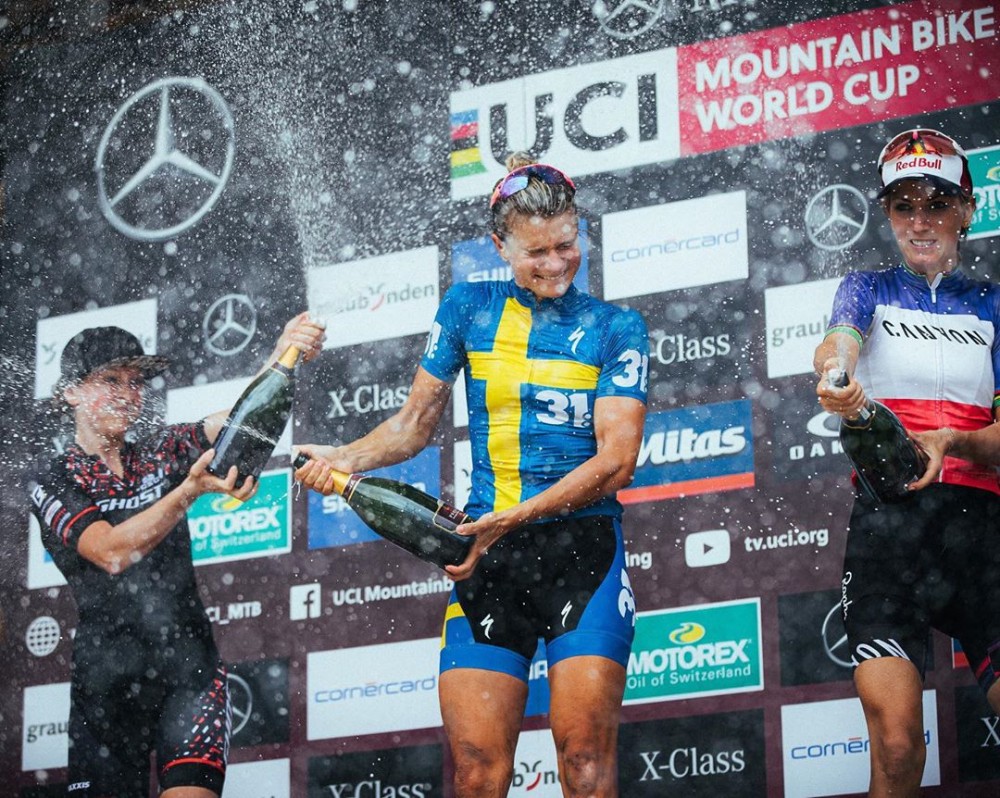 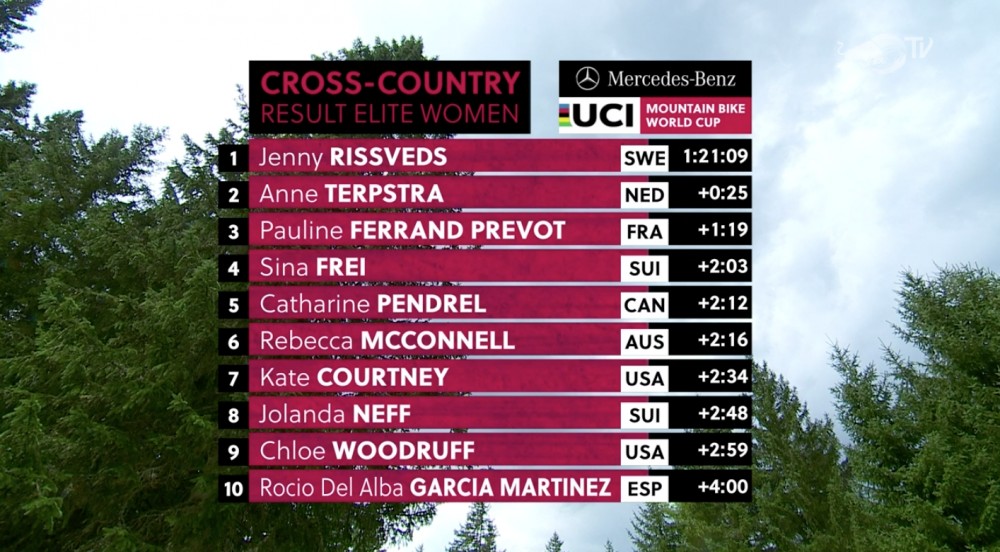