The second and last Women's XCO World Cup has been held in Nove Mesto na Morave with the expectation of seeing if there really has been a generational change among the top favourites. But Pauline Ferrand Prevot has won brilliantly to confirm that her rainbow jersey is not the result of mere chance.

The second Women's World Cup in Nove Mesto, Czech Republic, started with excellent weather conditions. Already from the beginning the Frenchwoman Loana Lecomte took the lead, but the current World Champion Pauline Ferrand Prevot claimed her place by winning the position, increasing the pace and breaking the race from the first meters. 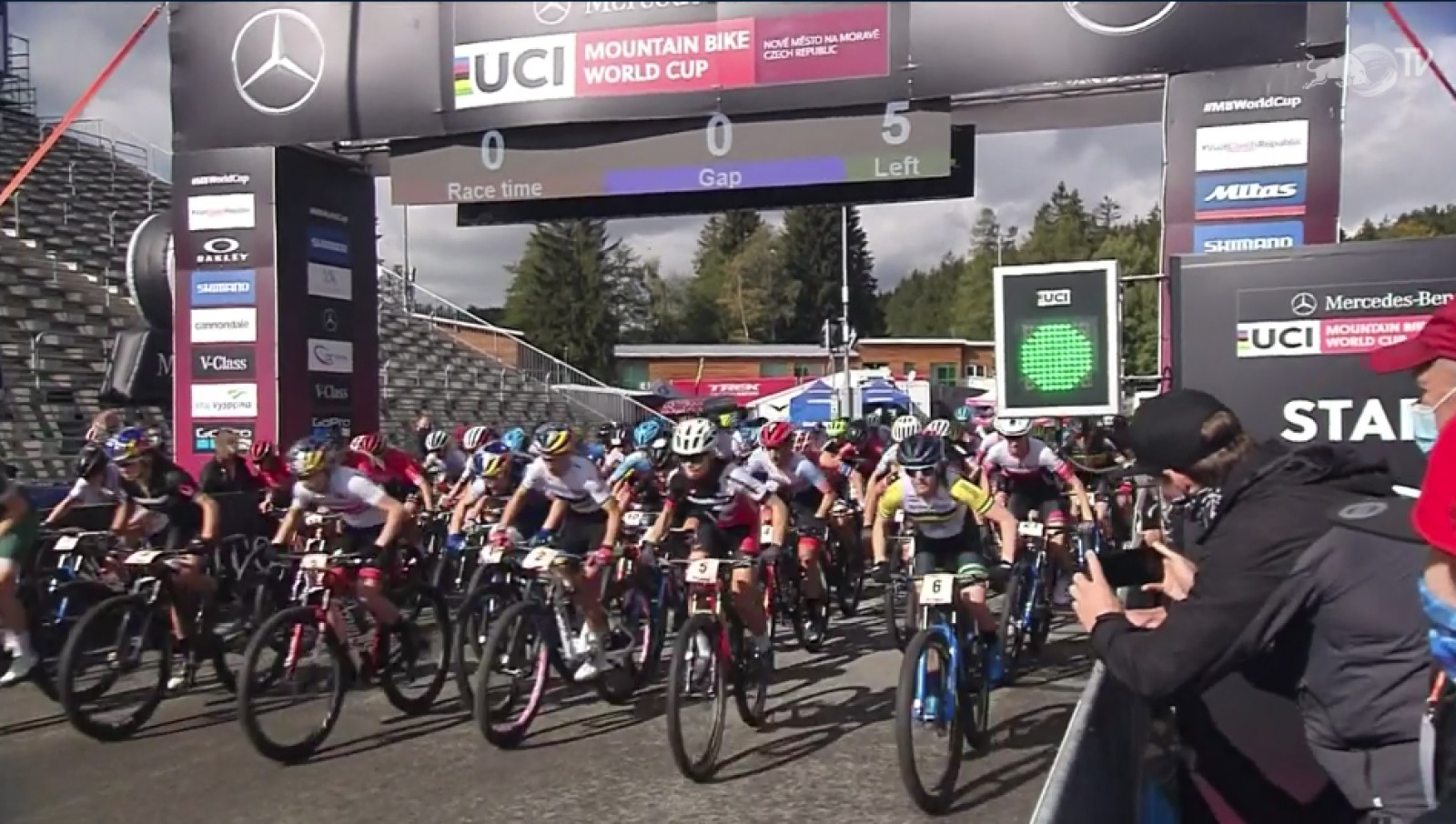 At the beginning of the first lap the leading group was formed by 7 cyclists who had already opened up a considerable gap with the rest. Among them were Ferran Prevot, Evie Richards, Loana Lecomte, Rebecca Macconell, Sina Frei and Laura Stigger.

But the battle during the first lap seemed to be only between Lecomte and Ferrand Prevot, and the World Champion was ready to give her all in this race to take the victory she had been chasing for days.

Pauline Ferrand Prevot's pace on the first lap was so high that she managed to go solo and open up an 11 second advantage over the next chaser, Anne Terpstra. Lecomte was paying for trying to follow Pauline's pace and she was left in third position almost half a minute from the lead. Alongside Loana were Laura Stigger and Evie Richards. 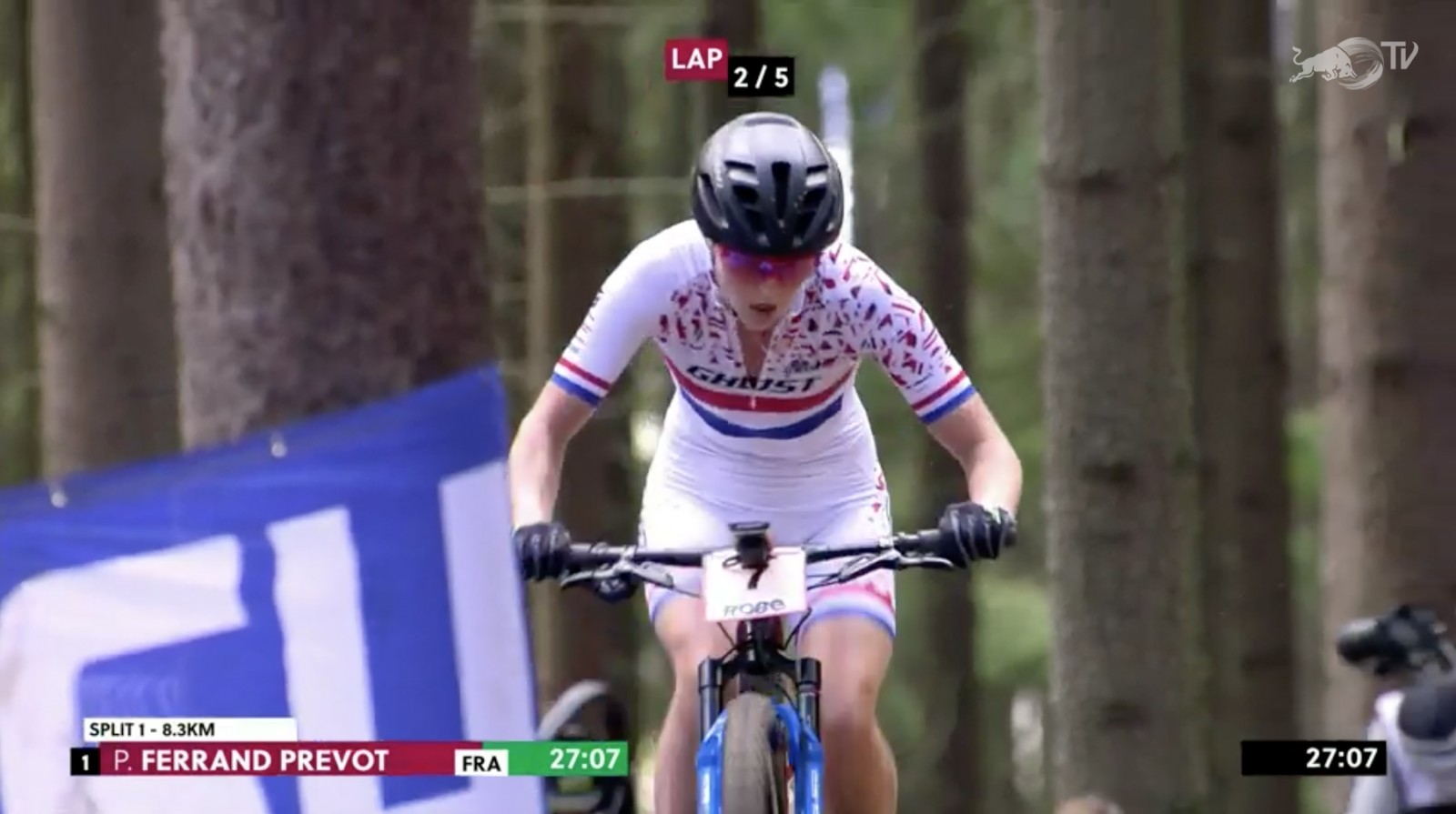 During lap 2 Pauline Ferrand Prevot far from relaxing continued to increase the gap with Anne Terpstra, who tried to reach her without success. Right behind, Lecomte launched into an attempt to get to Terpstra and on her way she left behind Evie Richards and Laura Stigger who were already over 40" away from the leader. 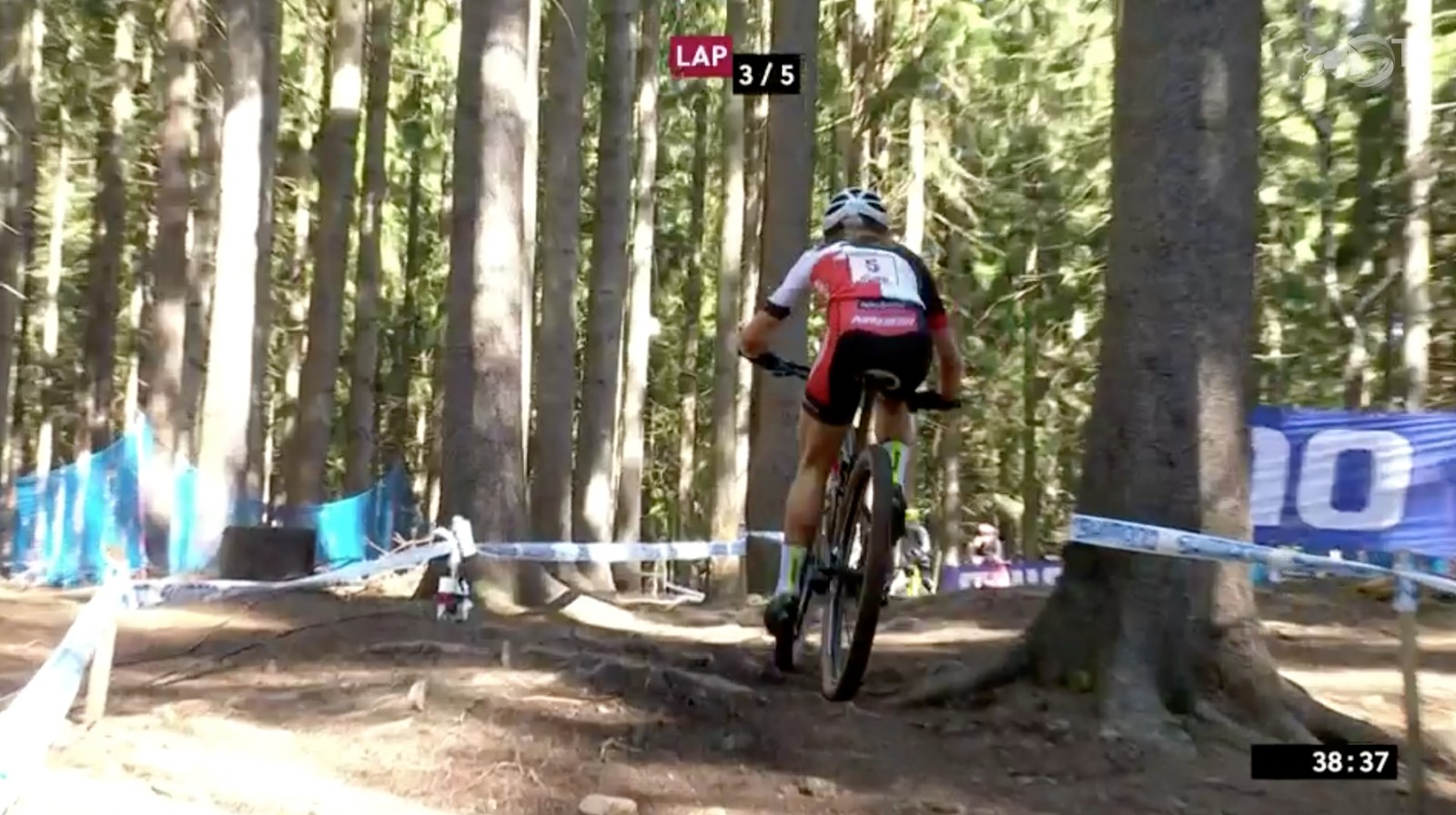 With 3 laps to go, Pauline Ferrand Prevot was signing a perfect race but there was still the question of how the fatigue of the previous days would affect her in the final laps. In second position Anne Terpstra was holding on tightly keeping the time difference between her and Pauline around 20". 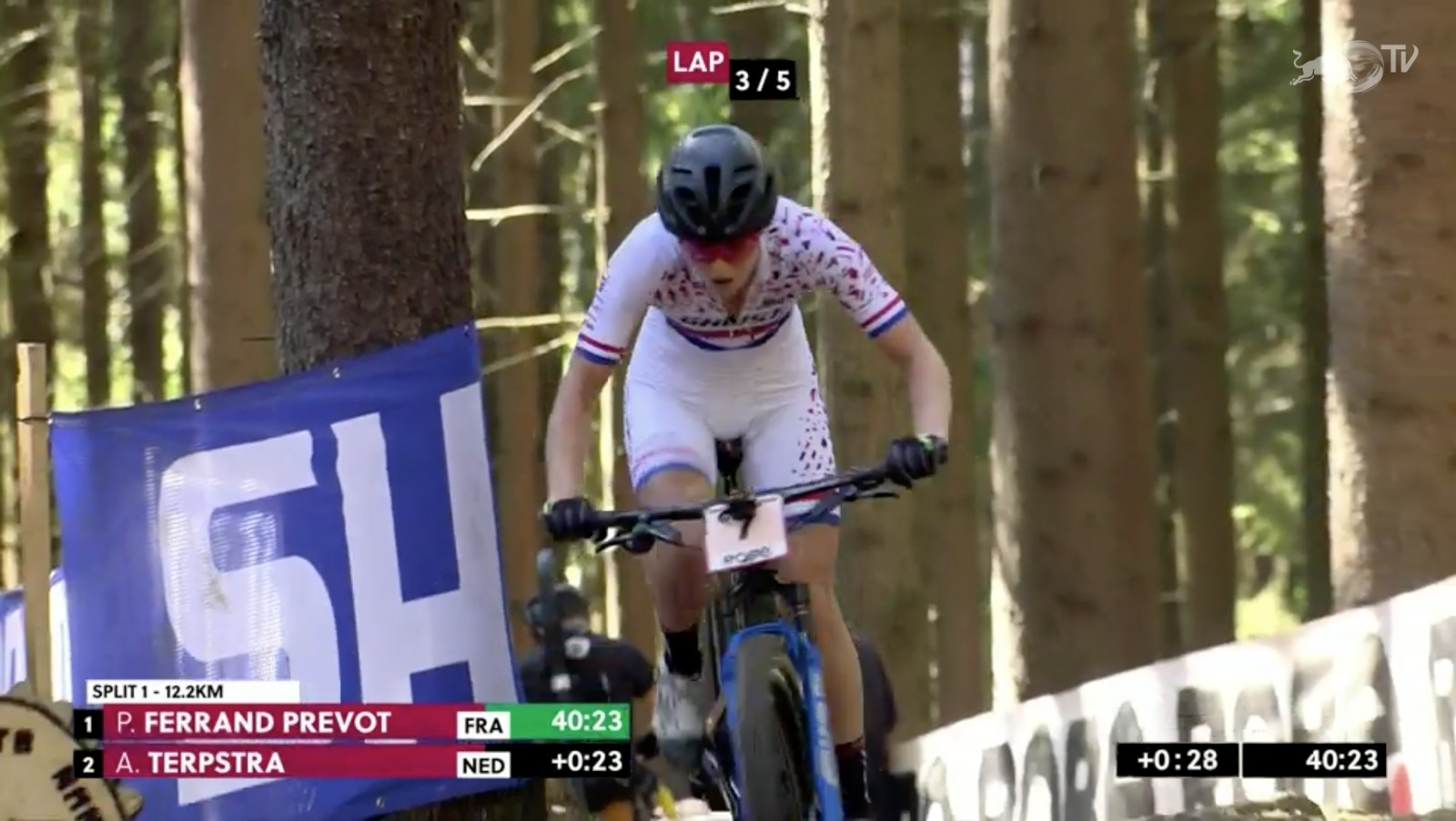 During lap 4 everything remained the same, nobody could reach Pauline Ferrand Prevot. Terpstra remained in second position and Loana Lecomte in third at 20" and 55" respectively. Far behind them we found some of the favourites in very late positions, like Jenny Rissveds over 5 and a half minutes away in position 34 or Kate Courtney in position 35. 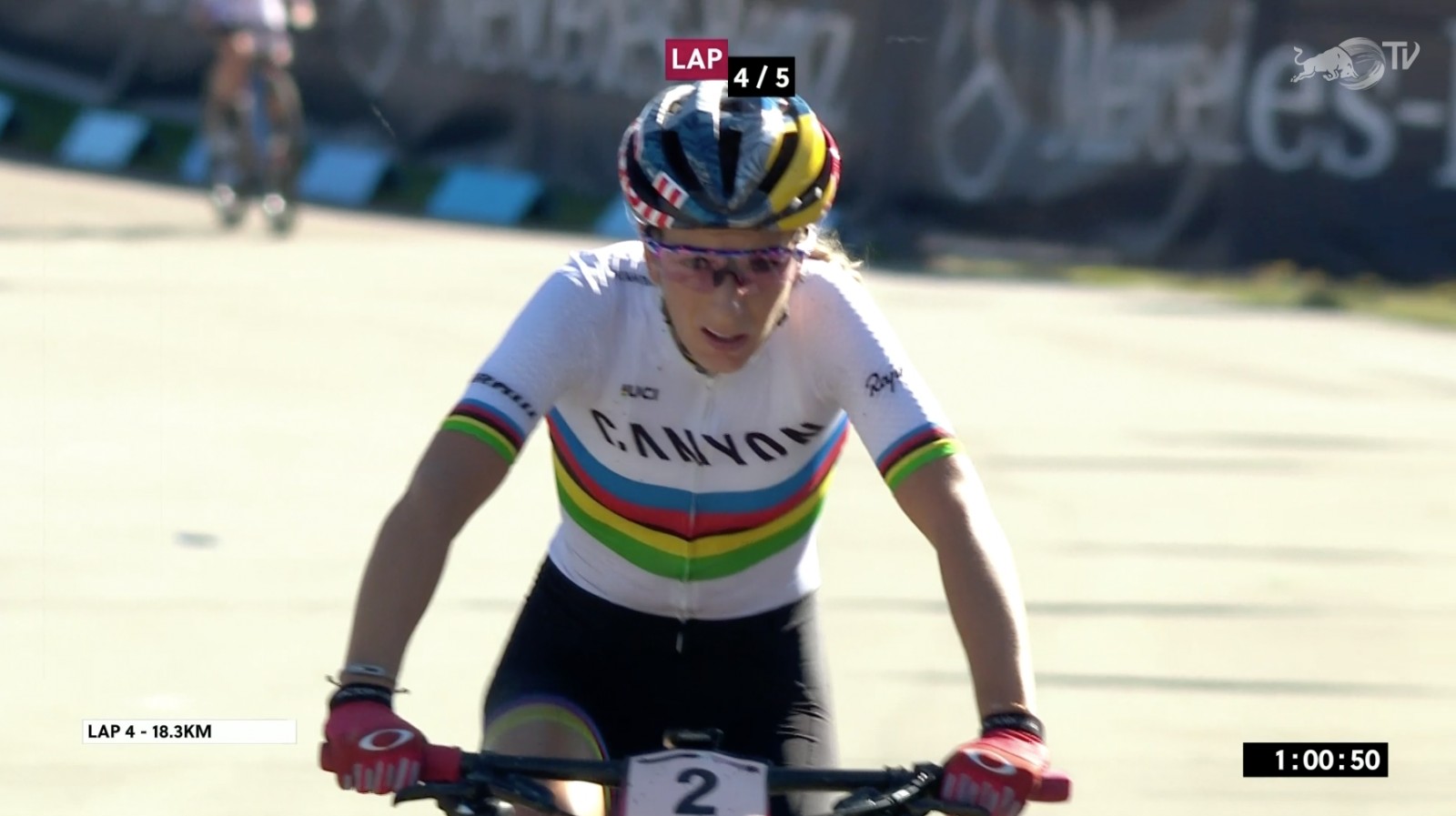 The last lap bell rang as Ferrand Prevot passed in first position but his face was beginning to show signs of fatigue and for the first time Anne Terpstra approached her and managed to enter second at 16". Lecomte was already 1 minute behind in third position.

Luckily for Pauline, fatigue also took its toll on her pursuer Anne Terpstra, and on the more technical parts of the uphill both of them were struggling. Loana Lecomte was securing the podium in third position but just behind her Mcconnell was making a final effort to conquer the third place on the podium. 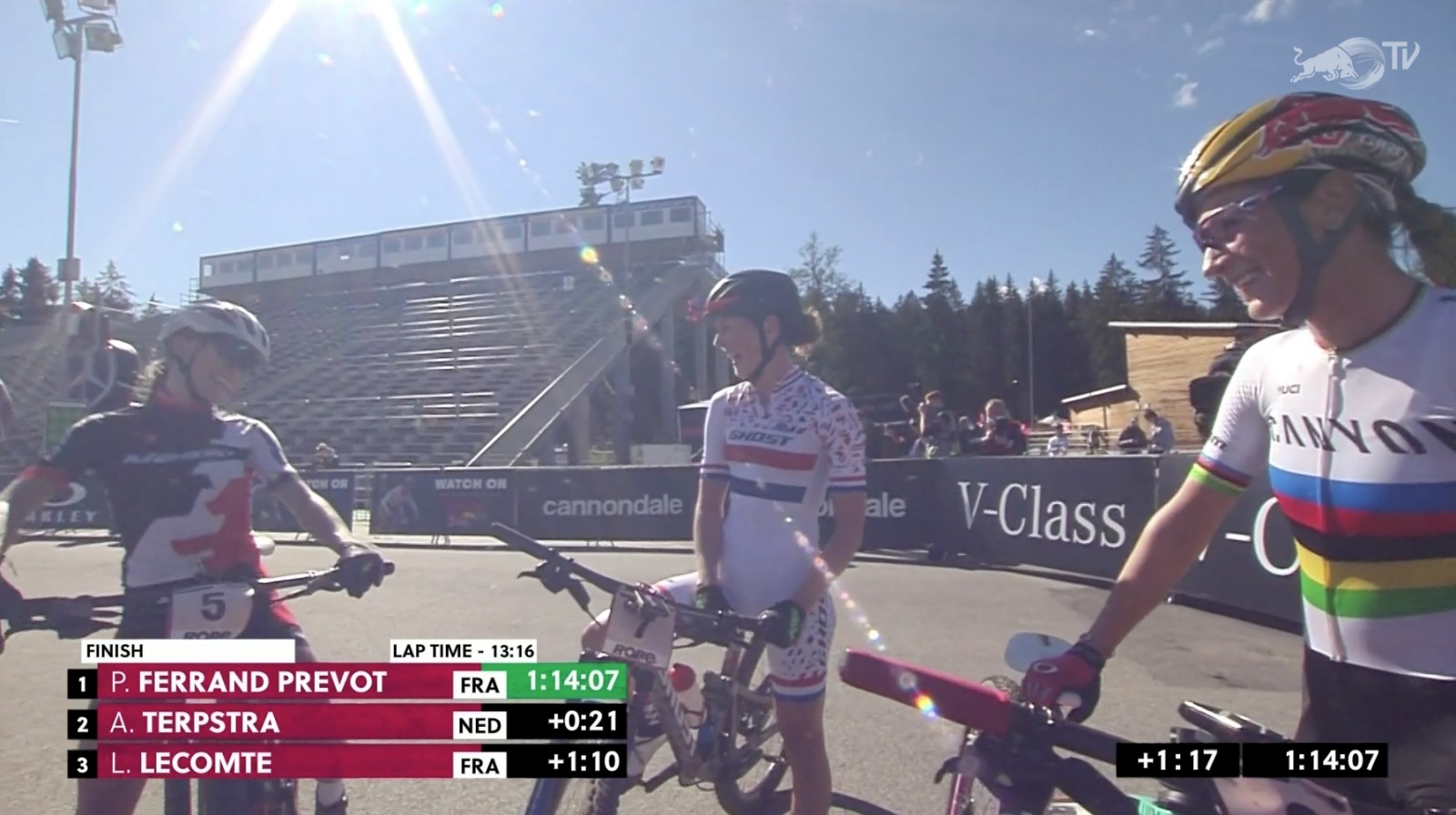 Finally Pauline Ferrand Prevot entered the finish line as the winner after a brilliant race in which she set the fastest pace on each lap.