Custom bike builder Dangerholm is well known for pushing some of Scott's most popular models to the limit. If we already saw him introducing the two lightest mountain bikes of the moment in 2018, now he has come up with his most ambitious project: the Scott Hyper Spark. It is an MTB with which he has tried to bring to the present the bikes that we will see in 5 or 10 years. 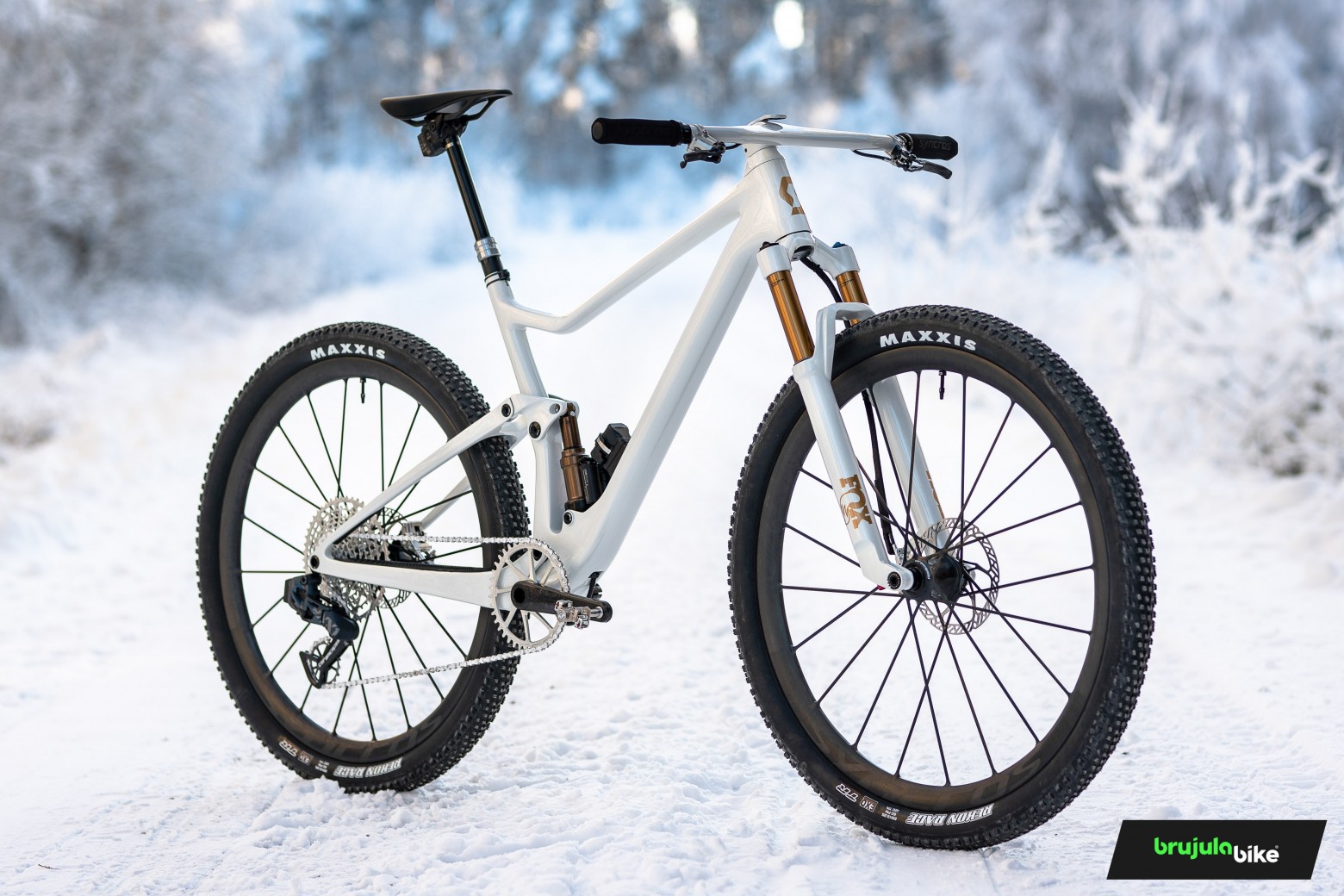 Scott Hyper Spark, a futuristic MTB ready to be ridden

Dangerholm himself explains that he was inspired by modern road bikes and hyper cars to build the Scott Hyper Spark, and he wanted to give the same elegant, clean look to a full-suspension MTB.

For this it was important that all the wiring was integrated inside the handlebars, but without sacrificing any of the features, such as the telescopic seatpost or a race ready lock-out suspension system. 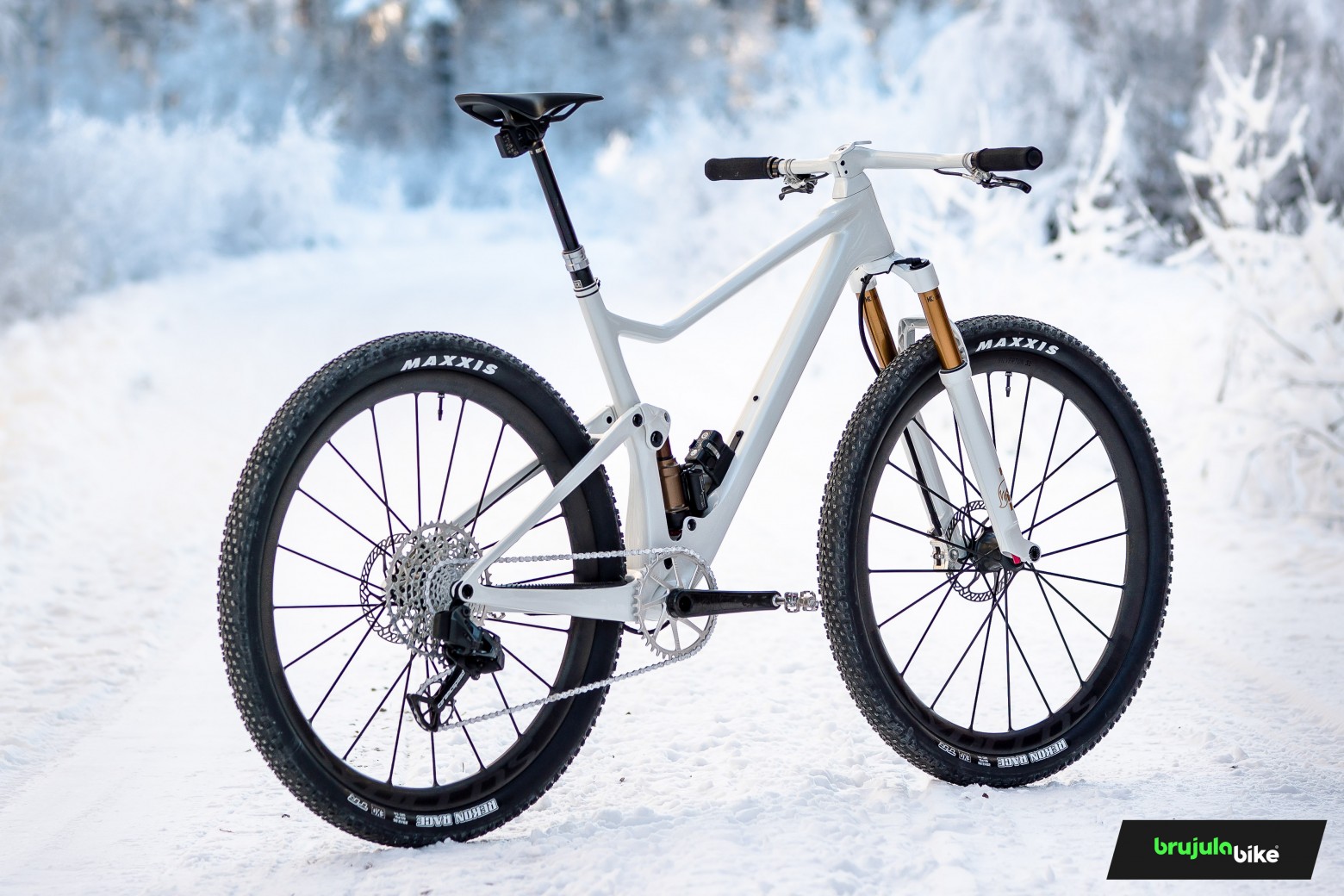 Although the SRAM AXS wireless shifting and FOX LiveValve electronic automatic suspension were helpful for this purpose, the Hyper Spark required a lot of ingenuity and modifications.

Starting from a Scott Spark RC SL, a customised steering stop system was moulded into the frame to avoid damaging the internal routed cables and extensive changes were made to the handlebars and fork to facilitate internal cable routing. All of these aesthetic modifications were accompanied by structural reinforcement so as not to compromise rider safety. 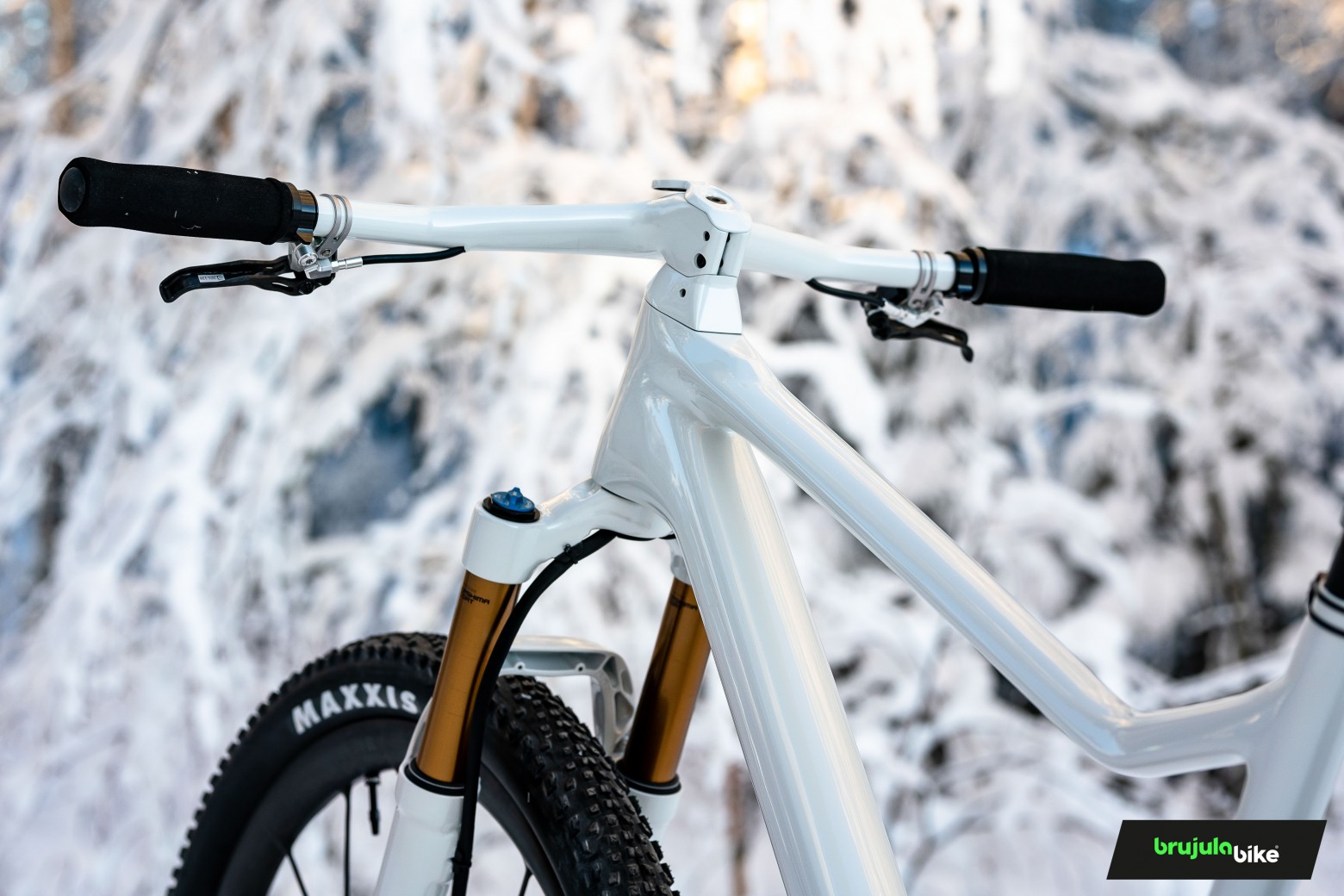 With this MTB, Dangerholm wants to take a look at the models of 5 to 10 years from now, but this is not a show bike, but a bike that is 100% ready to be ridden in the mountains and on the most fun trails.

On the frame, all of the outlets that are no longer useful on this Hyper Spark have been covered up and the pearl white colour it is painted in is called Oryx White, which actually comes from the Volkswagen colour palette. 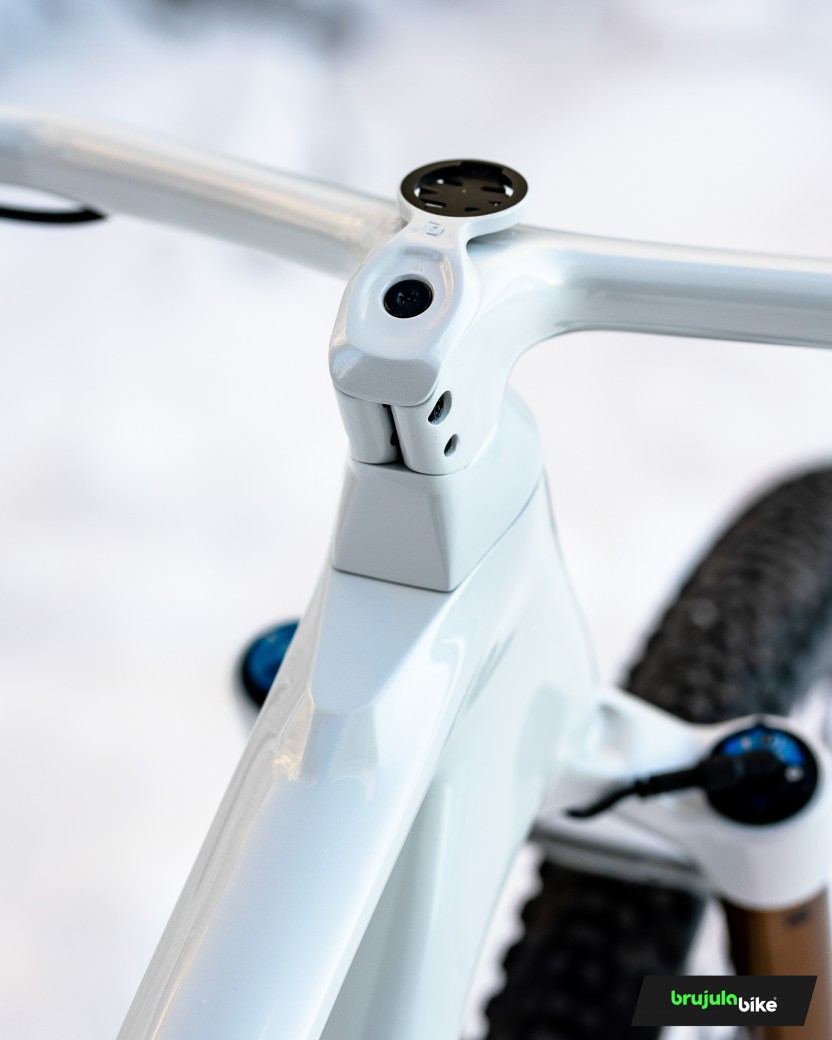 The steering stop, in order not to damage the new internal wiring, was constructed using a handmade aluminium plate, and the whole system is wrapped in carbon.

The handlebar and stem were perforated to accommodate the new brake line routing and the new holes were reinforced with carbon. 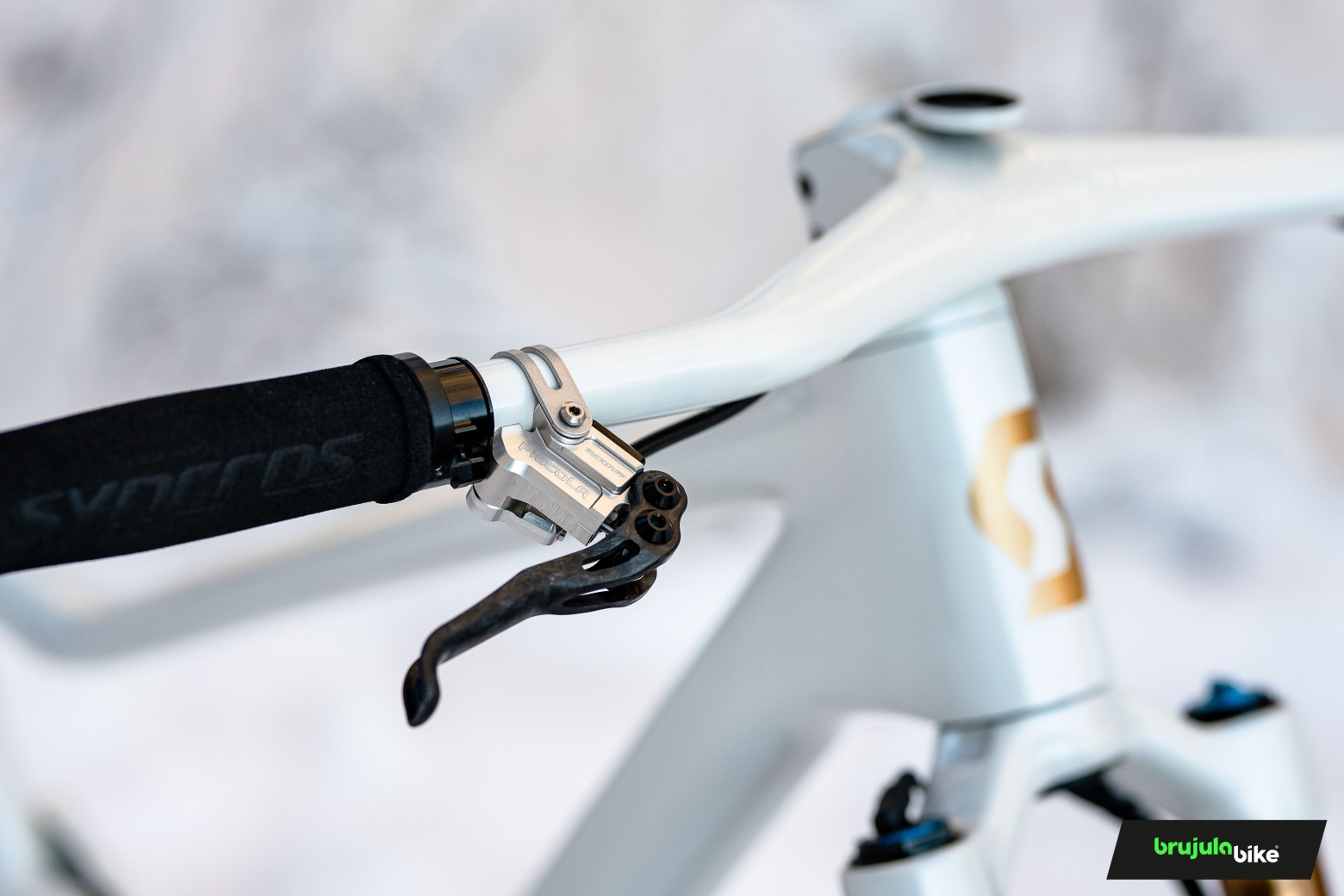 It has a Fox 34 SC Factory Live Valve fork with 120 mm of travel, which has also undergone important changes, such as perforations in the head tube to redirect cables or the change of the Fox LiveValve front sensor, which is now located in the brake calliper to favour cable concealment. 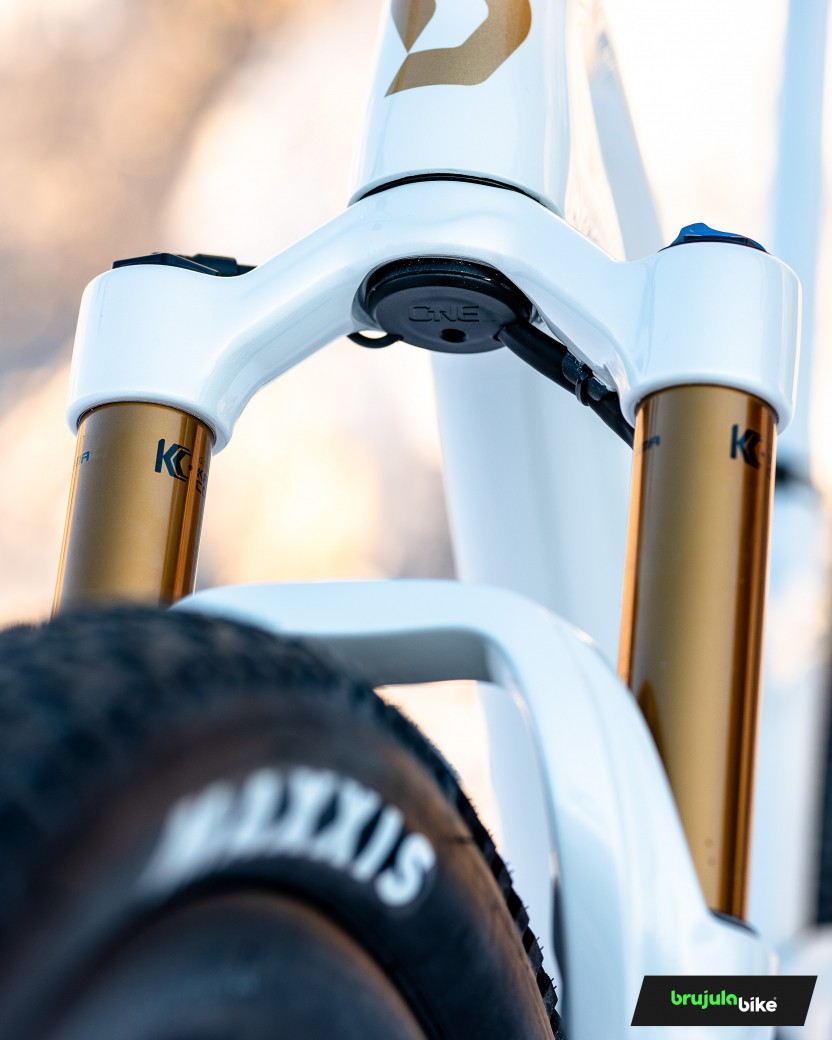 The Fox LiveValve system is electronic and fully automatic. It has a sensor in the fork and one in the swing arm, and when it detects an impact, it opens the suspension in just 3 milliseconds, which is 100 times faster than the human eye can blink. It also detects jumps and the suspension opens in the air, the system has 5 setting options and if the battery runs out, the suspension stays open and works like a normal one. 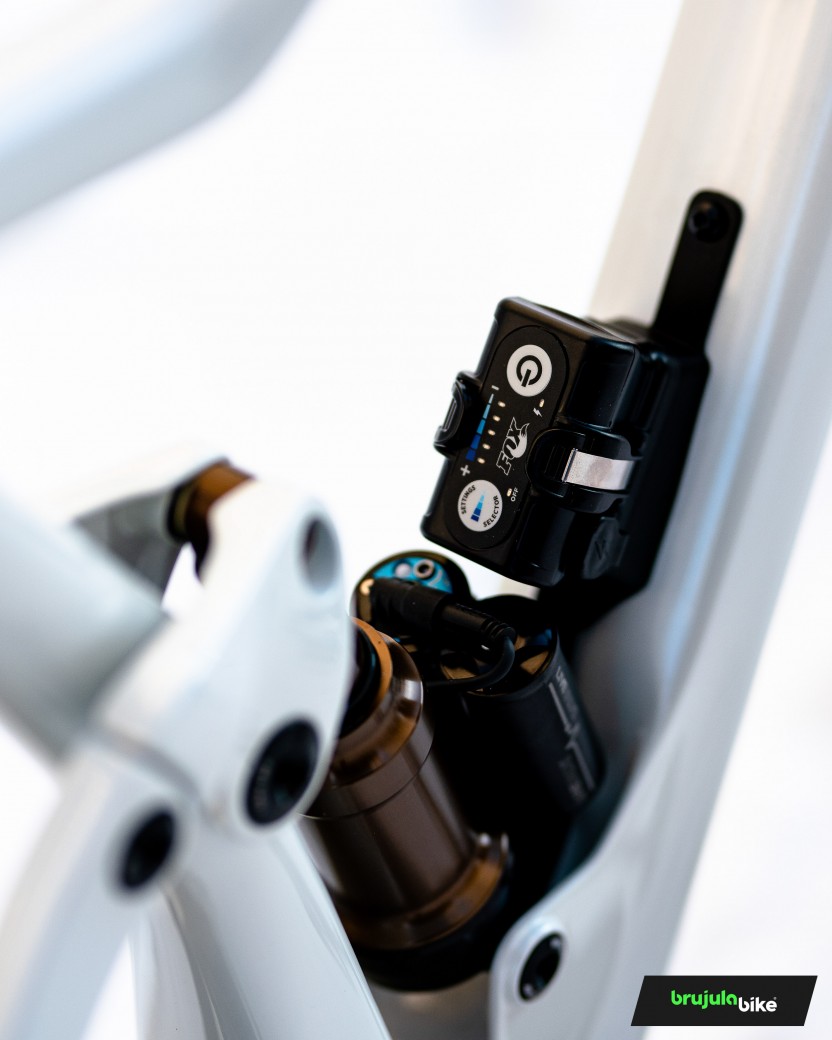 The wheels on this Hyper Spark are Syncros Silverton SL wheels, made entirely of carbon. The rim and spokes are moulded in one piece, which means there are continuous fibres running from one end of the rim to the other rather than separate spokes. They have an inner rim width of 26mm and features a trusty DT Swiss ratchet freehub system. 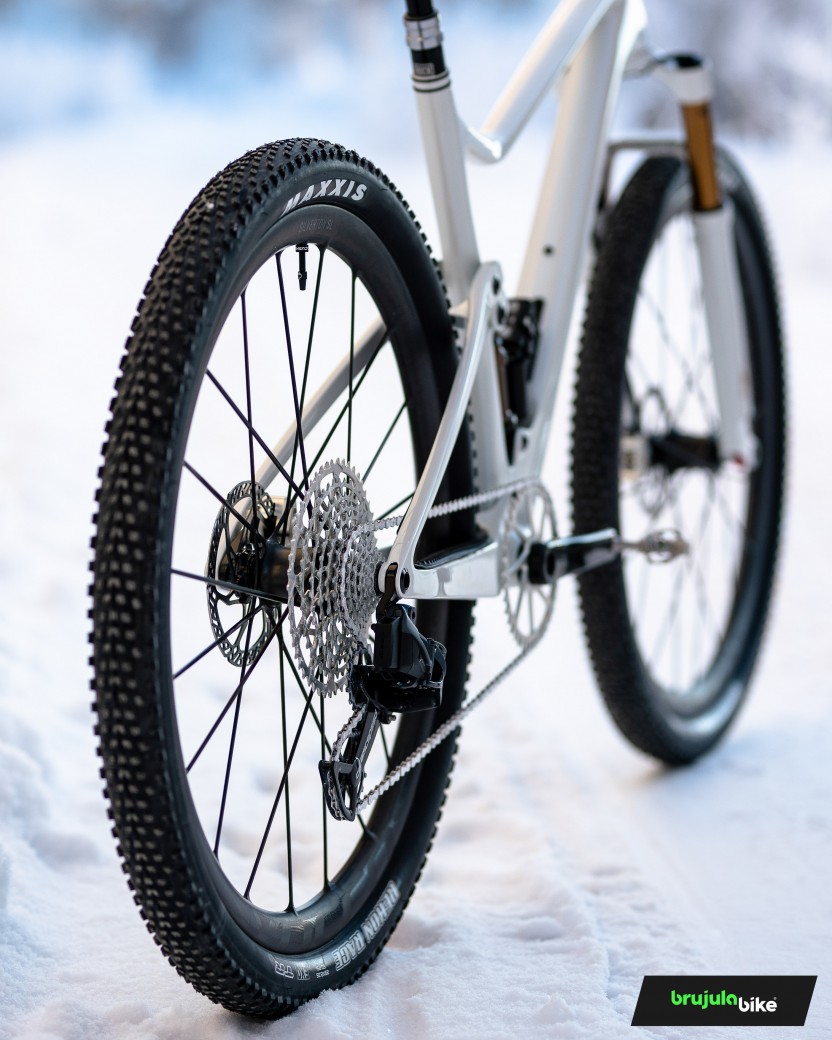 The controllers for the AXS derailleur and dropper posts are Zirbel Twister WE01 and all electronic components have been modified to fit inside the handlebars. 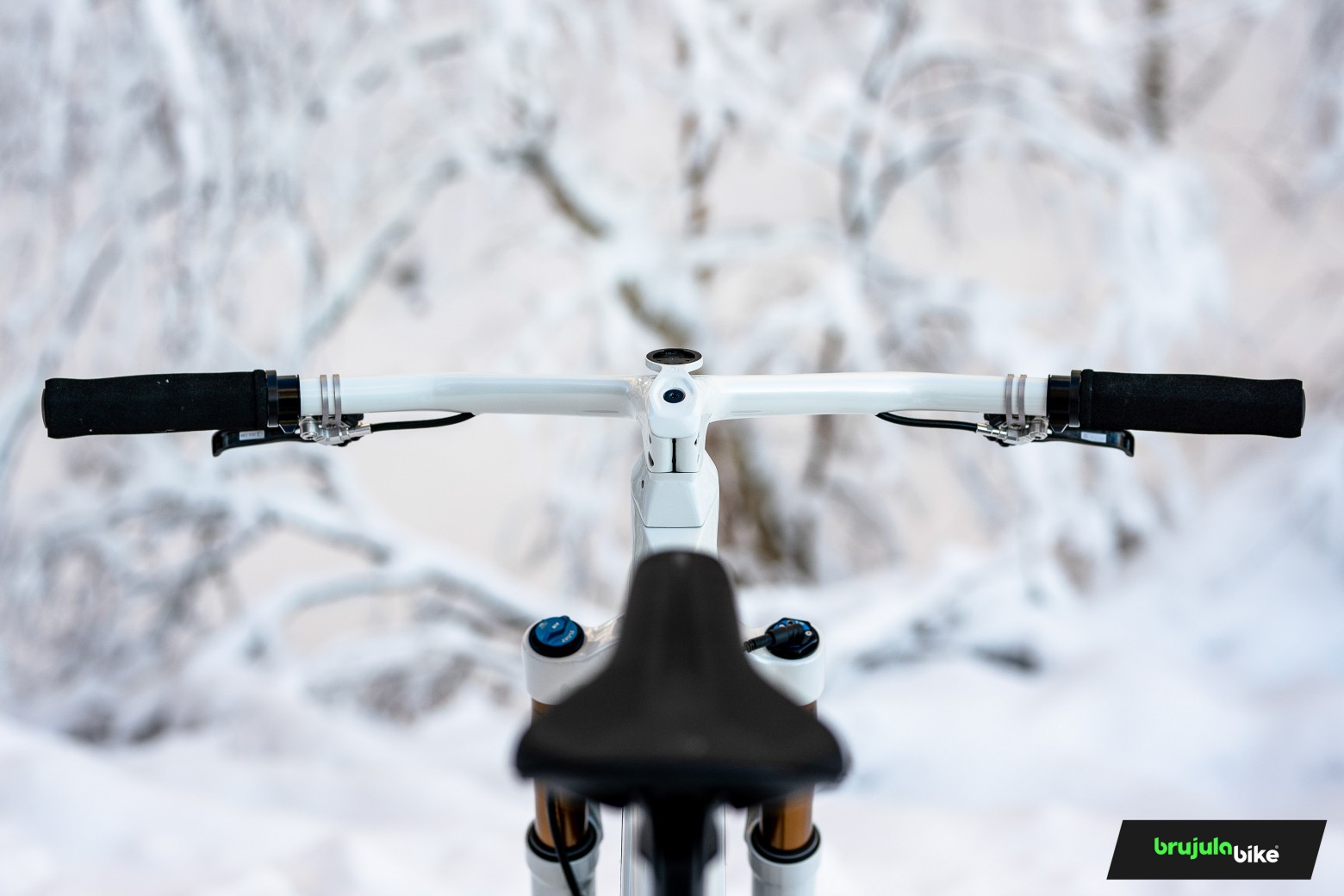 For the brakes of such an exclusive MTB as this one, Trickstuff Piccola brakes have been chosen, extremely light but powerful, exclusively for integrated handlebars. Trickstuff Dächle UL 160mm brake discs are perfect for braking this exclusive mountain bike. 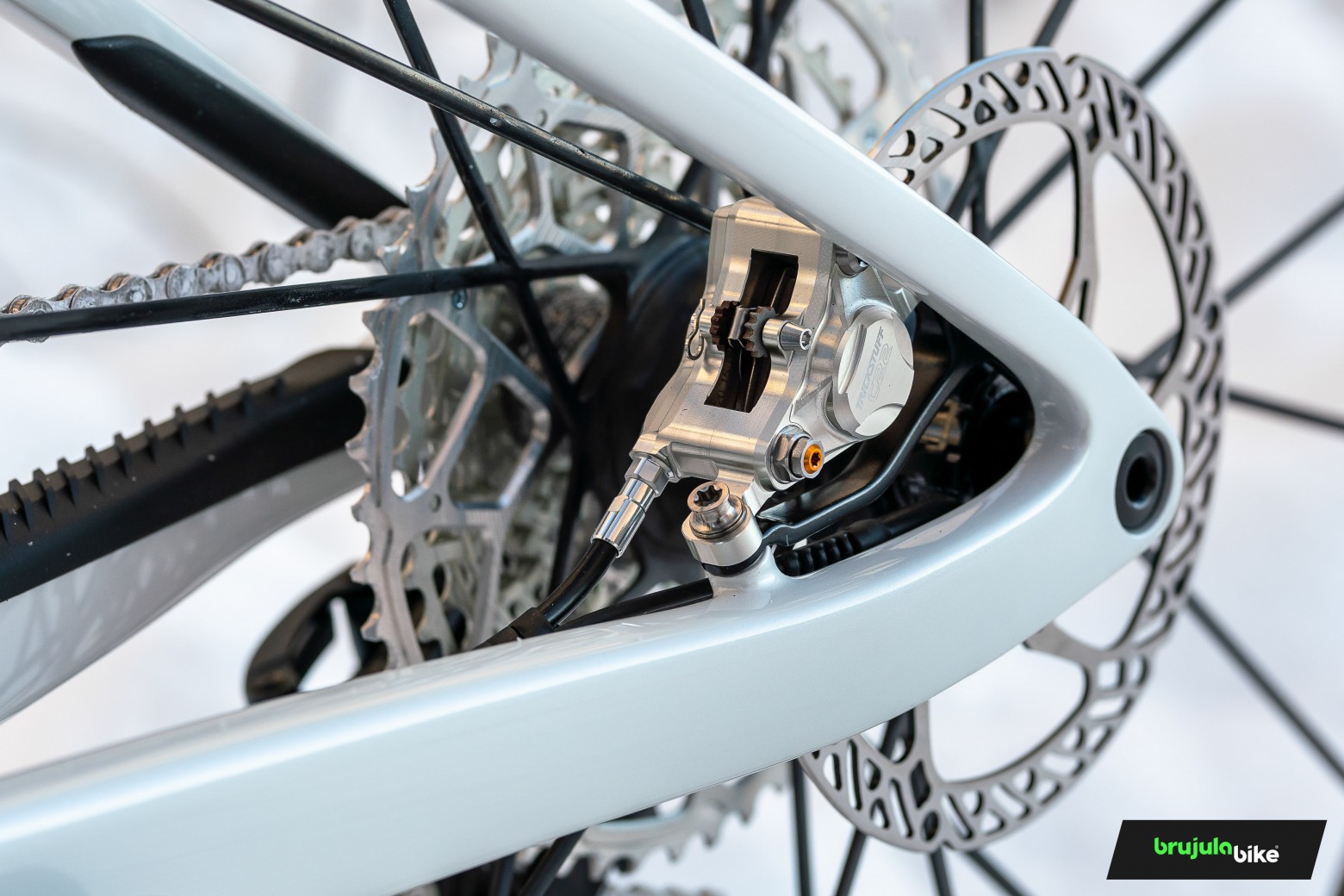 Regarding the drivetrain, this Scott Spark RC SL has a 40T chainring with a 10-50T cassette, both handmade, a CeramicSpeed OSPW system in the front derailleur to reduce friction and a Ceramic Speed UFO chain. 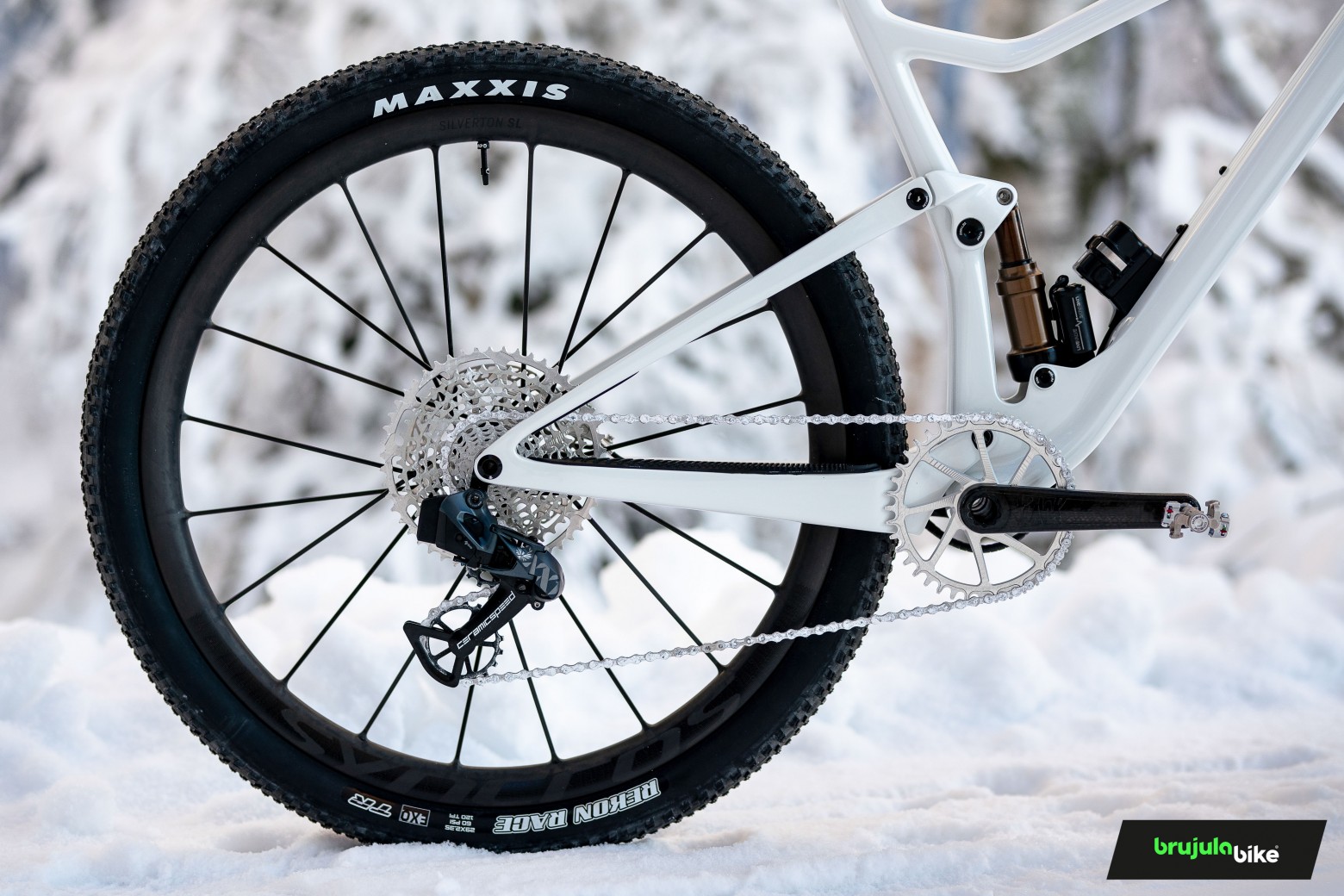 The 170mm RockShox Reverb AXS seatpost with Syncros Belcarra R SL seat is the most versatile version of this Scott Hyper Spark. But it has two even lighter and sleeker options, both made by Berk in Slovenia. 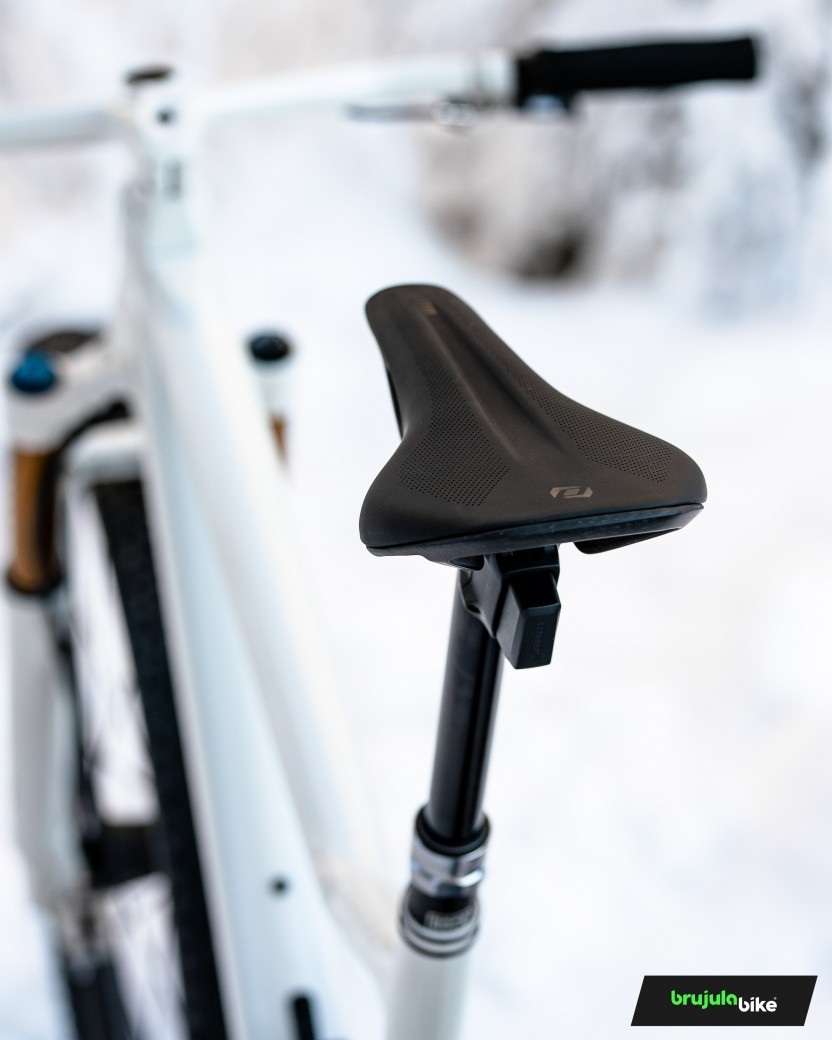 One in white with the seat post and a "traditional" rail saddle that allows the seat shell to flex. And another in black even lighter, but at the cost of having no rails and therefore being stiffer with a little less comfort. 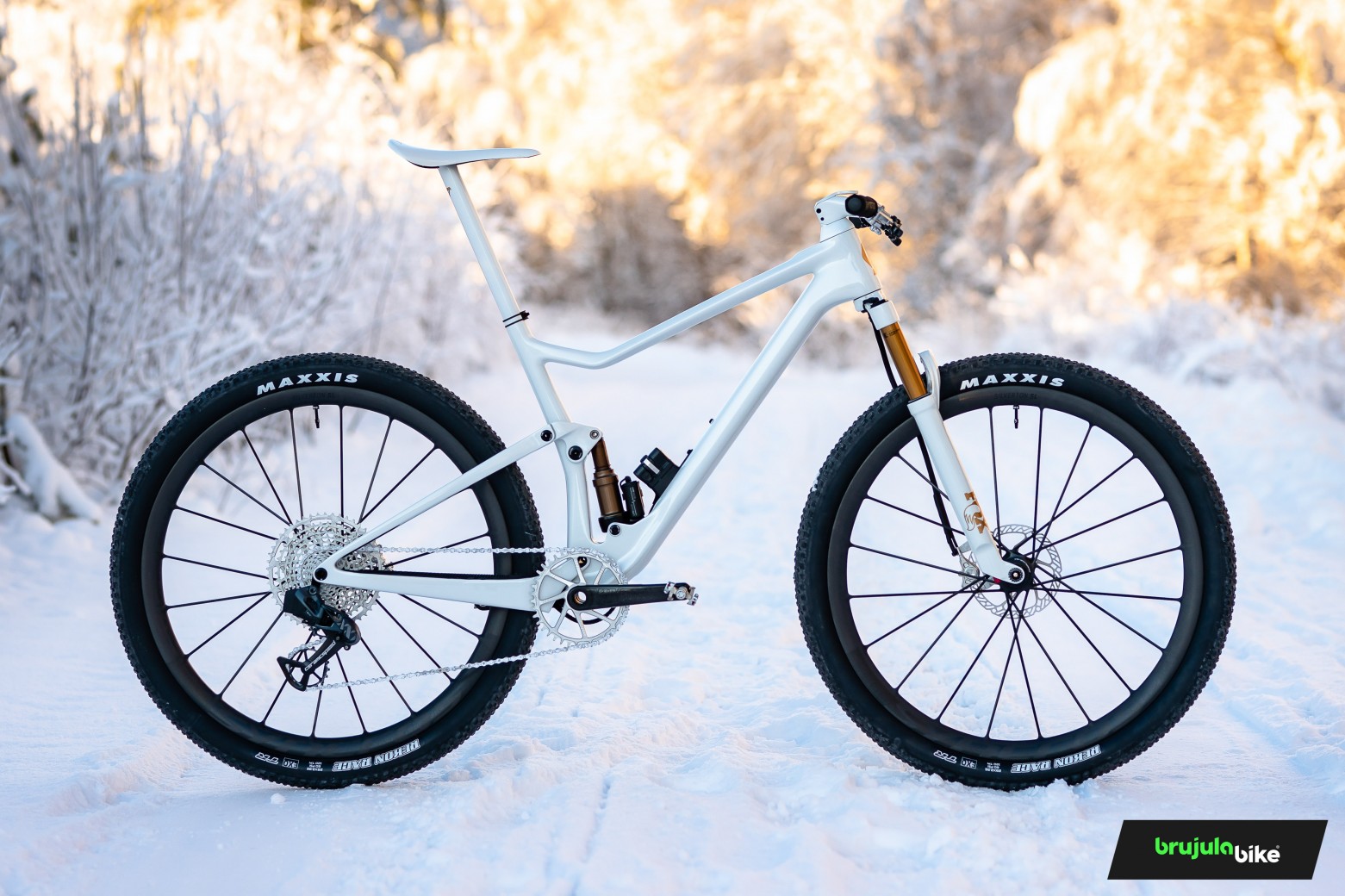 What do you think of the Scott Hyper Spark? Could you imagine that the limits of a factory mountain bike could be stretched so far?