A week ago, the Scott SRAM team presented a new edition of its full suspension mountain bike, the Scott Spark. And just before the start of the Les Gets World Cup in France, Nino Schurter has just received a new rigid MTB, a Scott Scale also personalized in silver. The face of the World Champion on receiving his new bike says a lot. 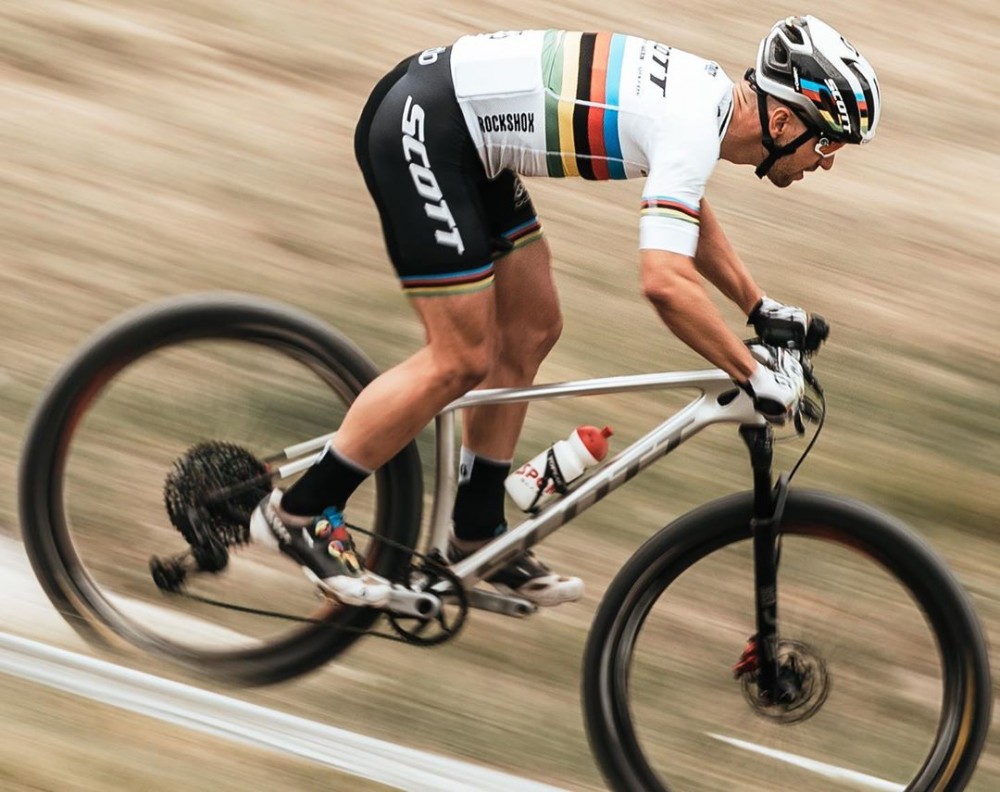 We assume that for a World Champio like Nino to receive a brand new bike will be something more common than for the rest of fans, but from what we see in these images it looks like the illusion is the same for everyone. The moment in which Yanick, his mechanic, gives him the new Scott Scale personalized in silver colors, Nino's face is the same as tha of a child who receives a bike. 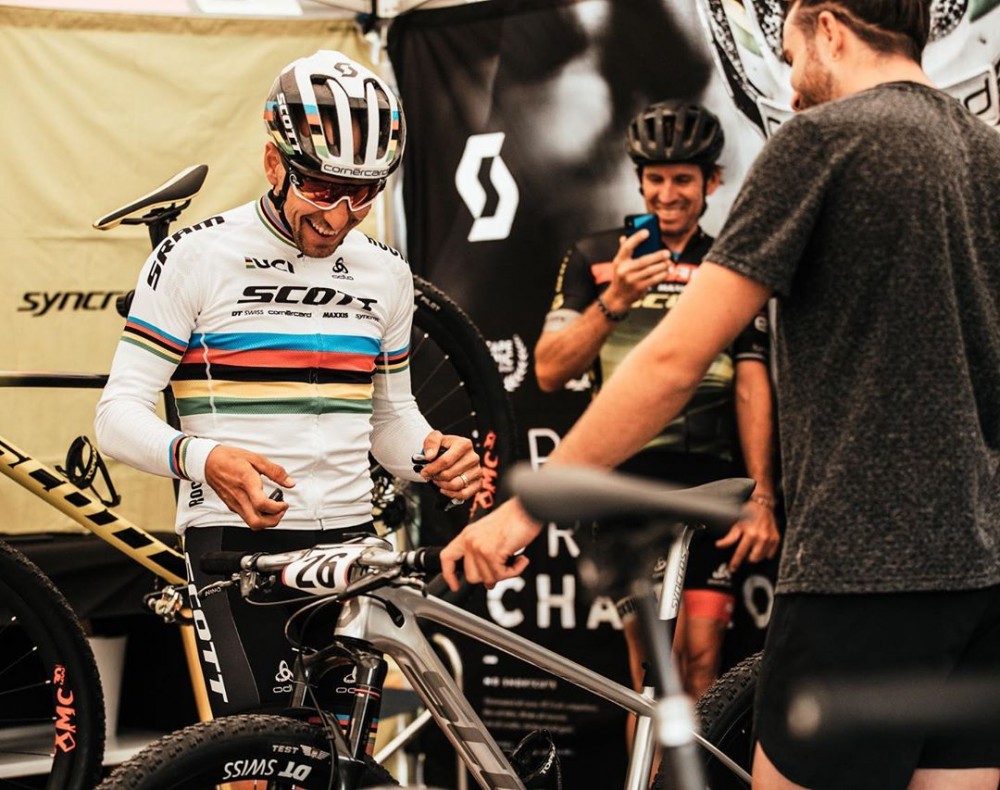 Everything points to Nino Schurter will ride in Les Gets World Cup with a rigid MTB because it is not a technical circuit. In every case we will see it in a few hours when the Short Track starts. 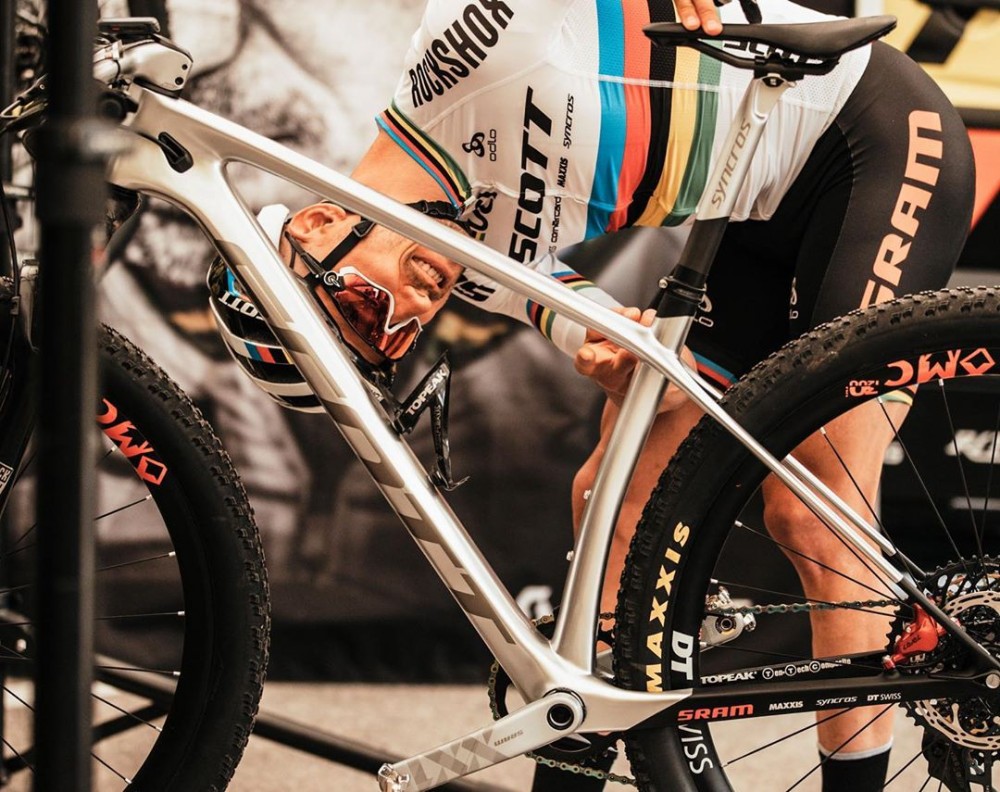 The Scott Spark N1NO's Edition is for limited sale until the end of July but we have no information if this edition of the Scale will also be for sale.