Just recently we saw SRAM bring its wireless technology to its most economical mountain bike groupset, and now it's the turn of the road. The infallible and popular SRAM Rival mechanical groupset has evolved into the new SRAM Rival eTap AXS 12-speed. A new road groupset that offers at an unbeatable price all the technology that new trends demand: wireless shifting, an innovative gear ratio, integrated power meter and AXS connectivity. 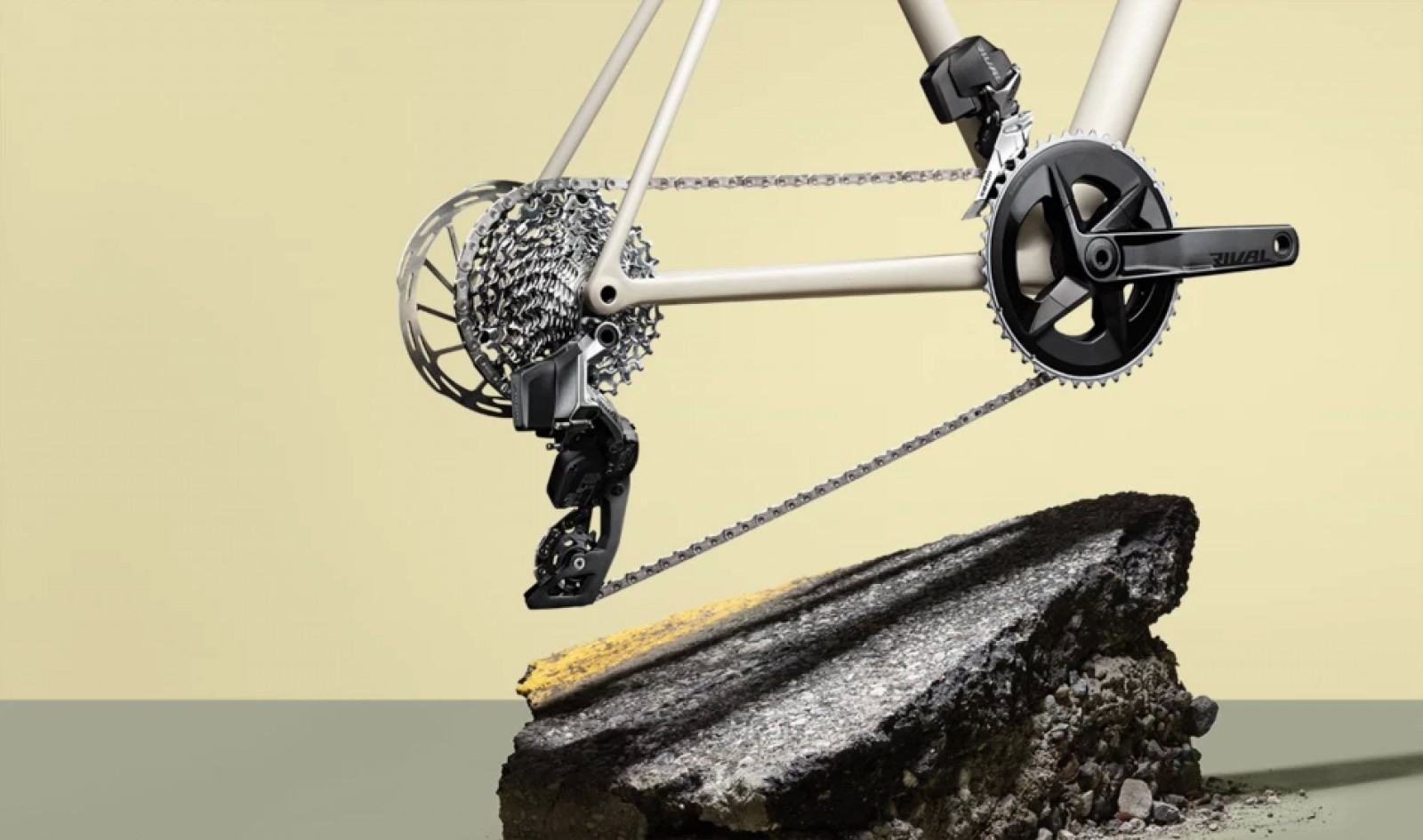 This groupset arrives in SRAM's catalogue as the most economical wireless road option below the Force AXS and RED AXS. The price doesn't sacrifice any performance, although it adds 300g more than the Force, and this is one of the combinations that will probably be most in demand when it goes on sale during April.

In addition to the reliability, smoothness and shifting precision offered by eTAP AXS technology, we like to point out that the ease of installation of this type of groupset together with the aesthetic aspect it adds to the set, removing some cables from the equation, meant that many cyclists were thinking about mounting one of SRAM's electronic options. The new Rival eTAP AXS is sure to win over a good number of those undecided riders.

The shape of the levers has been optimised to fit all hand sizes and the raised surface provides more control and comfort. In addition, AXS technology now makes it easy to brake comfortably and in a controlled manner in any position. Furthermore, the AXS technology allows great customisation and solves any shift intuitively and reliably. 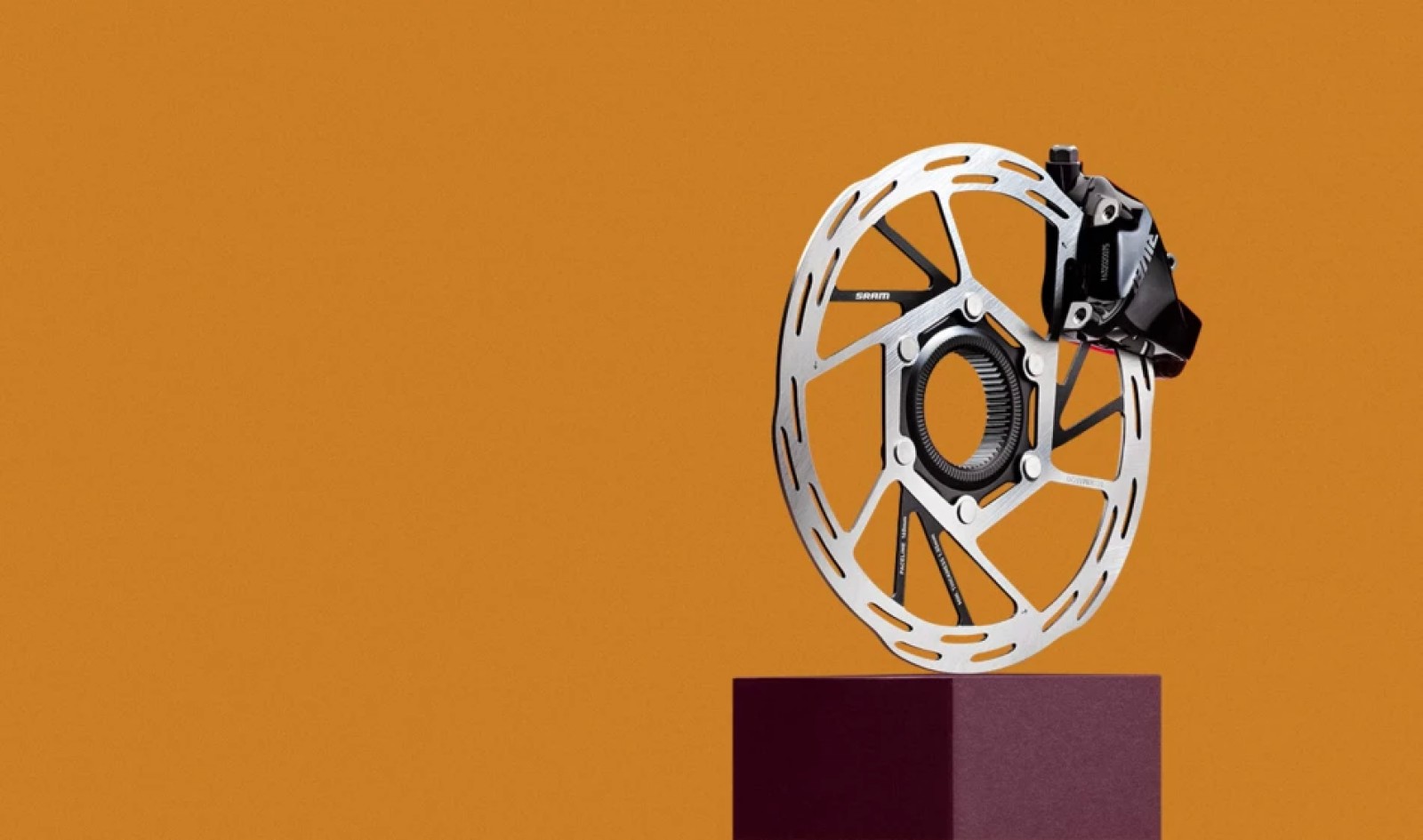 The popular Quarq power meter is fully integrated into the new Rival AXS, located inside the DUB bottom bracket and more closely matched to the bike than ever before. This unit measures left side power to calculate total watts with Quarq's proven reliability and accuracy.

The estimated autonomy is over 400 hours and its AAA lithium battery is easy to replace by the user. The weather resistance of this power meter is beyond doubt with an IPX7 certification that allows it to be submerged to 1 metre for 30 minutes. 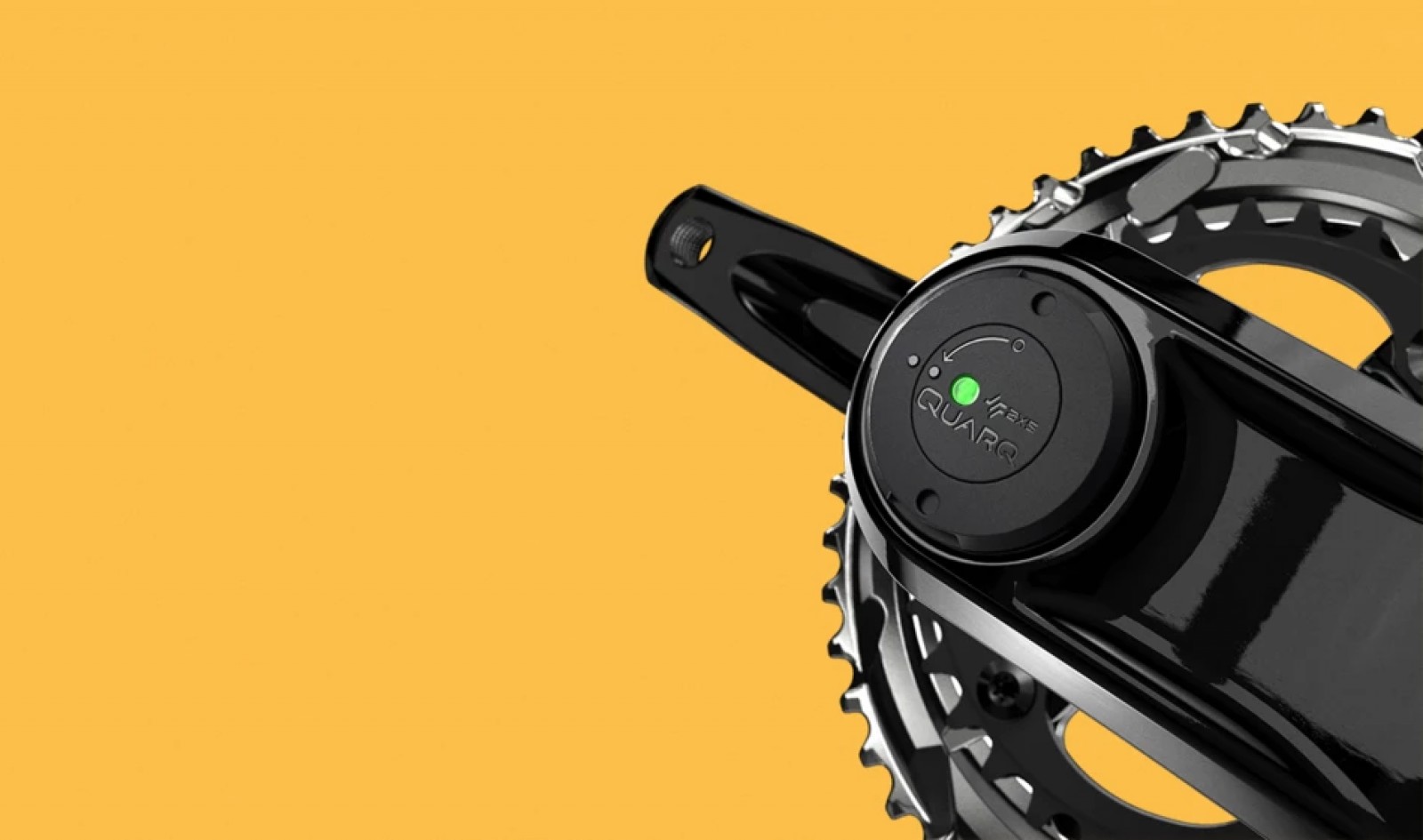 Power every output. From SRAM we've taken the reliability, elegance and features of the legendary crank-based Quarq power meter and applied the best technology to the pricey input. This new power meter platform is fully integrated inside the DUB bottom bracket for clean integration and fits more bikes than ever before. 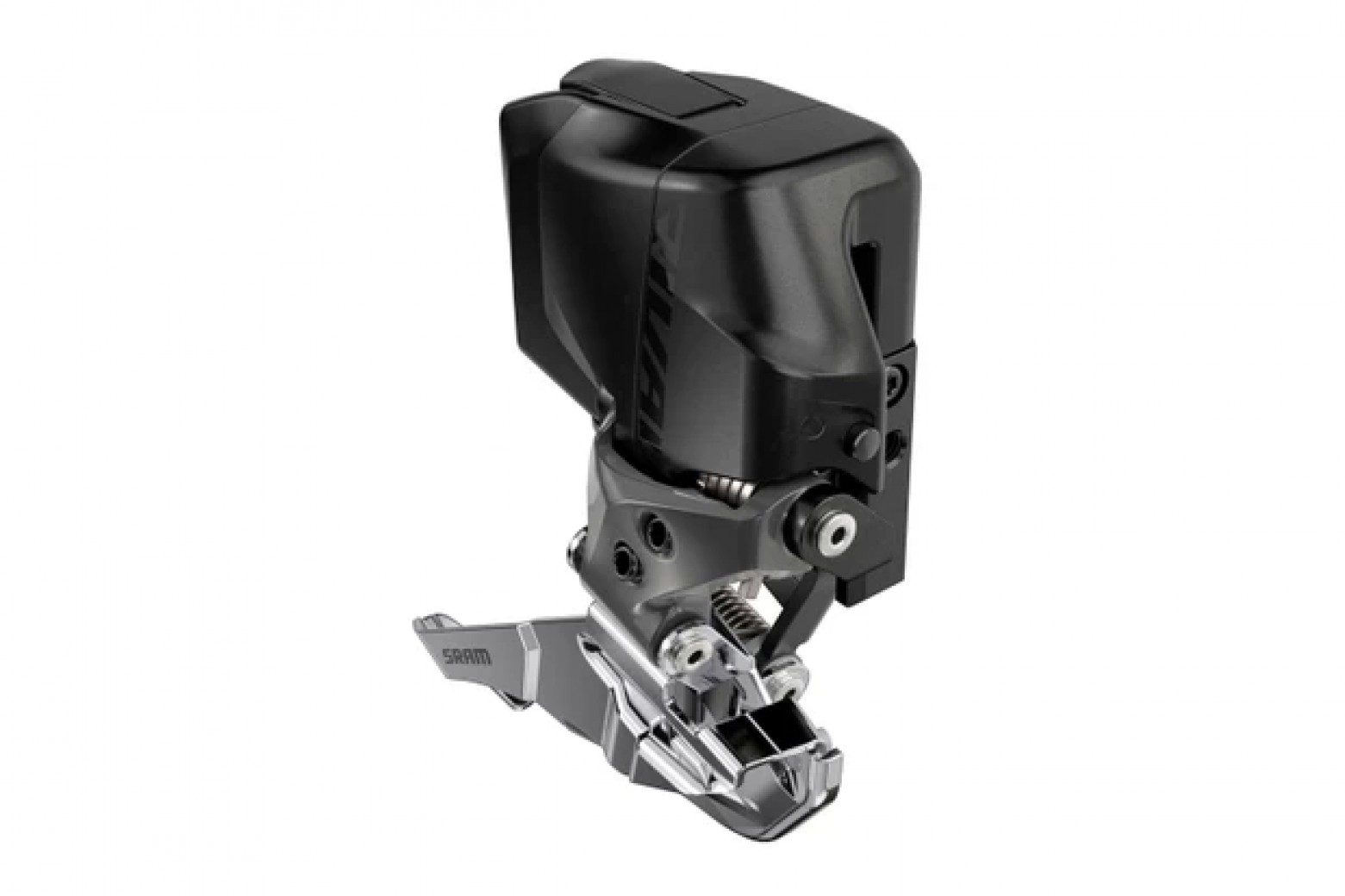 Basically it is exactly the same as the Force and RED models, but in the case of the Rival, slightly more steel has been used in its construction to reduce costs.

There is also a wide version of the front derailleur and both are priced at 180€.

The Rival eTap AXS 12-speed rear derailleur is just as efficient and reliable as the Force and RED models, but the technology is simpler due to a spring-based clutch, which in turn lowers the price of the component. It can be used with up to 36T sprockets and is therefore compatible with 1 or 2 chainring drivetrains. 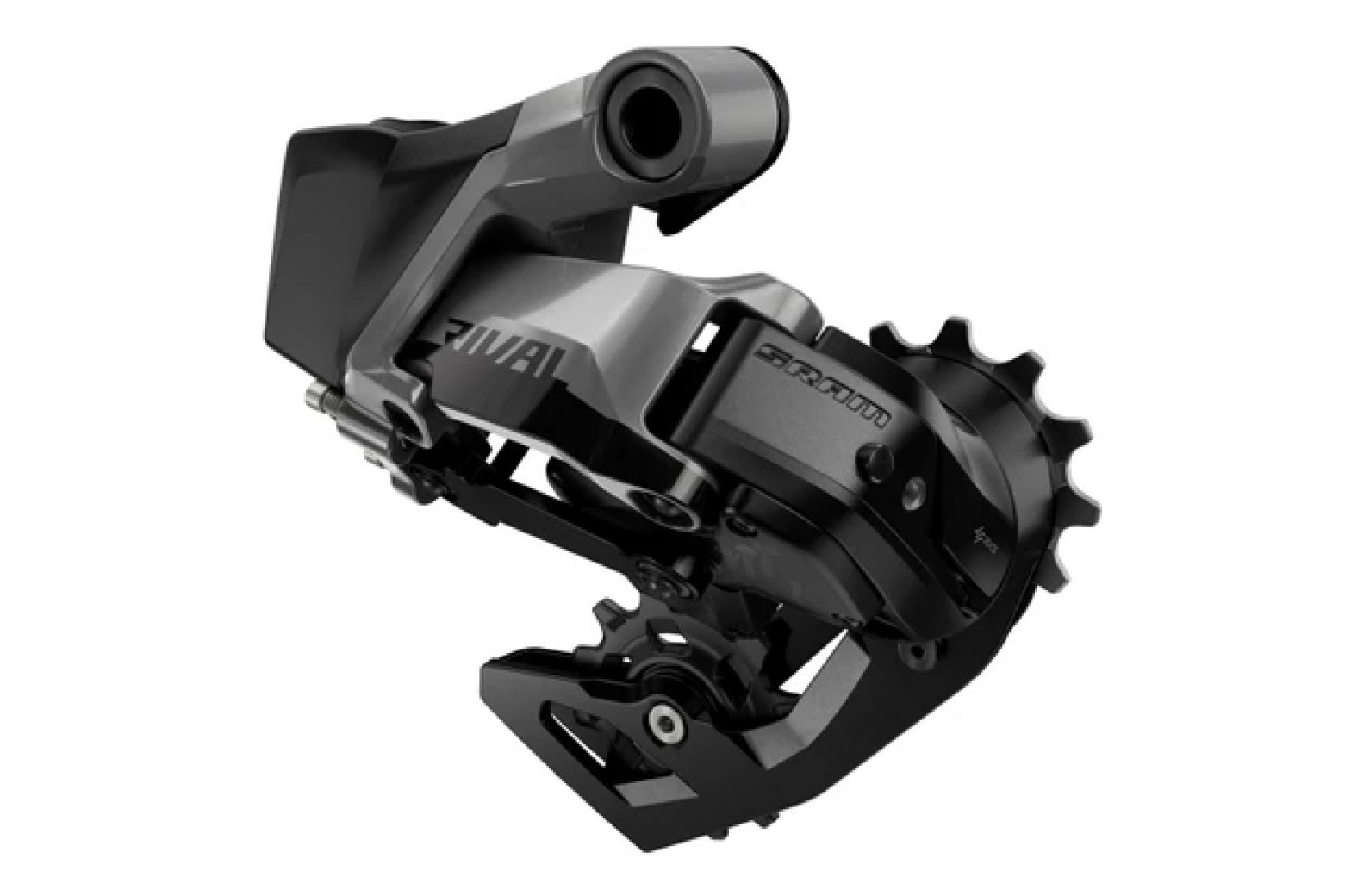 The new Rival X-Range cassette offers a wide range using small dips between sprockets that make it very progressive. It is built from steel and nickel chrome plated, and is designed to work with the XDR core and is available in 10-30T and 10-36T. 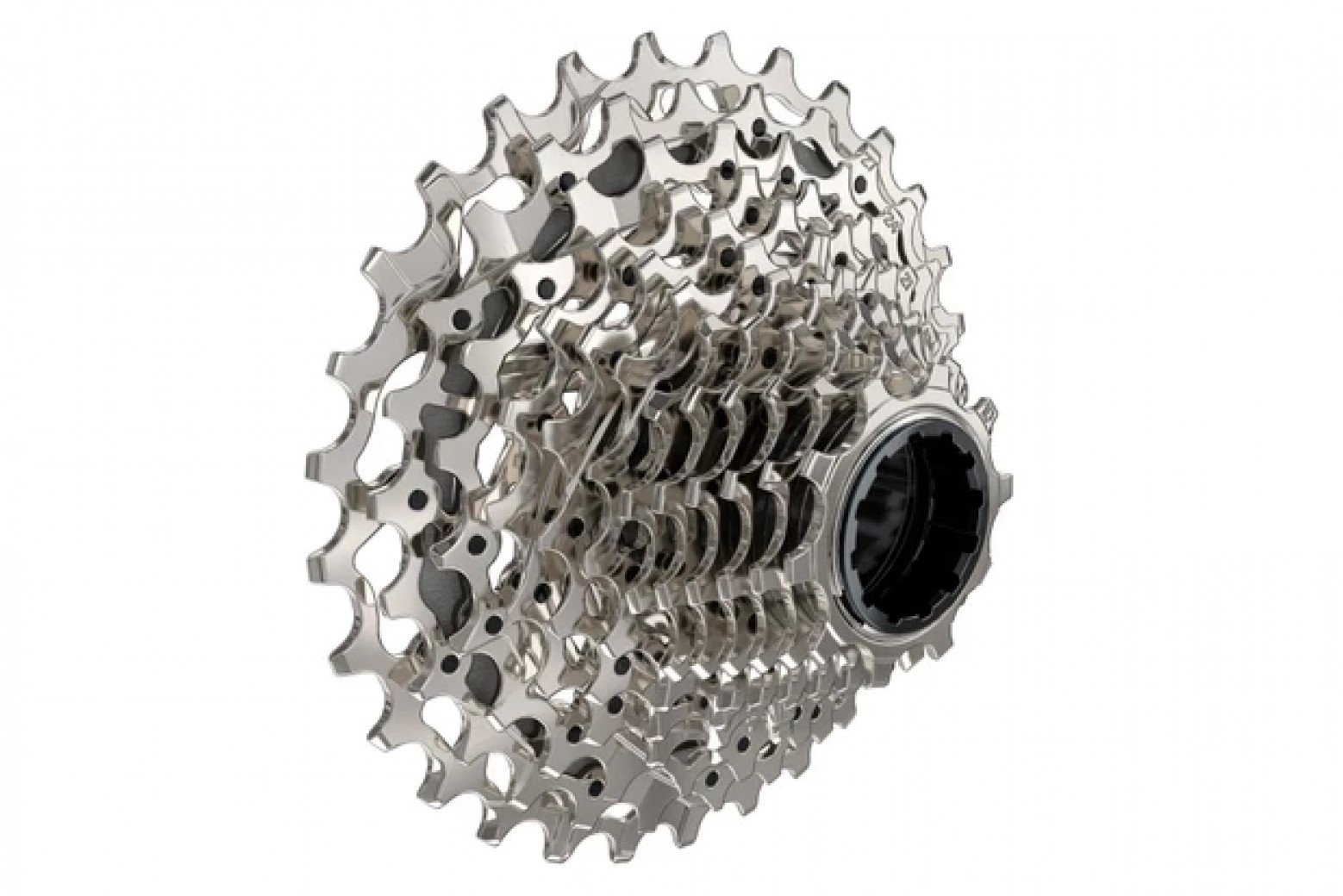 Meanwhile, the Rival chain with Flattop technology makes it light, quiet and strong, as well as being compatible with 1x and 2x drivetrains. 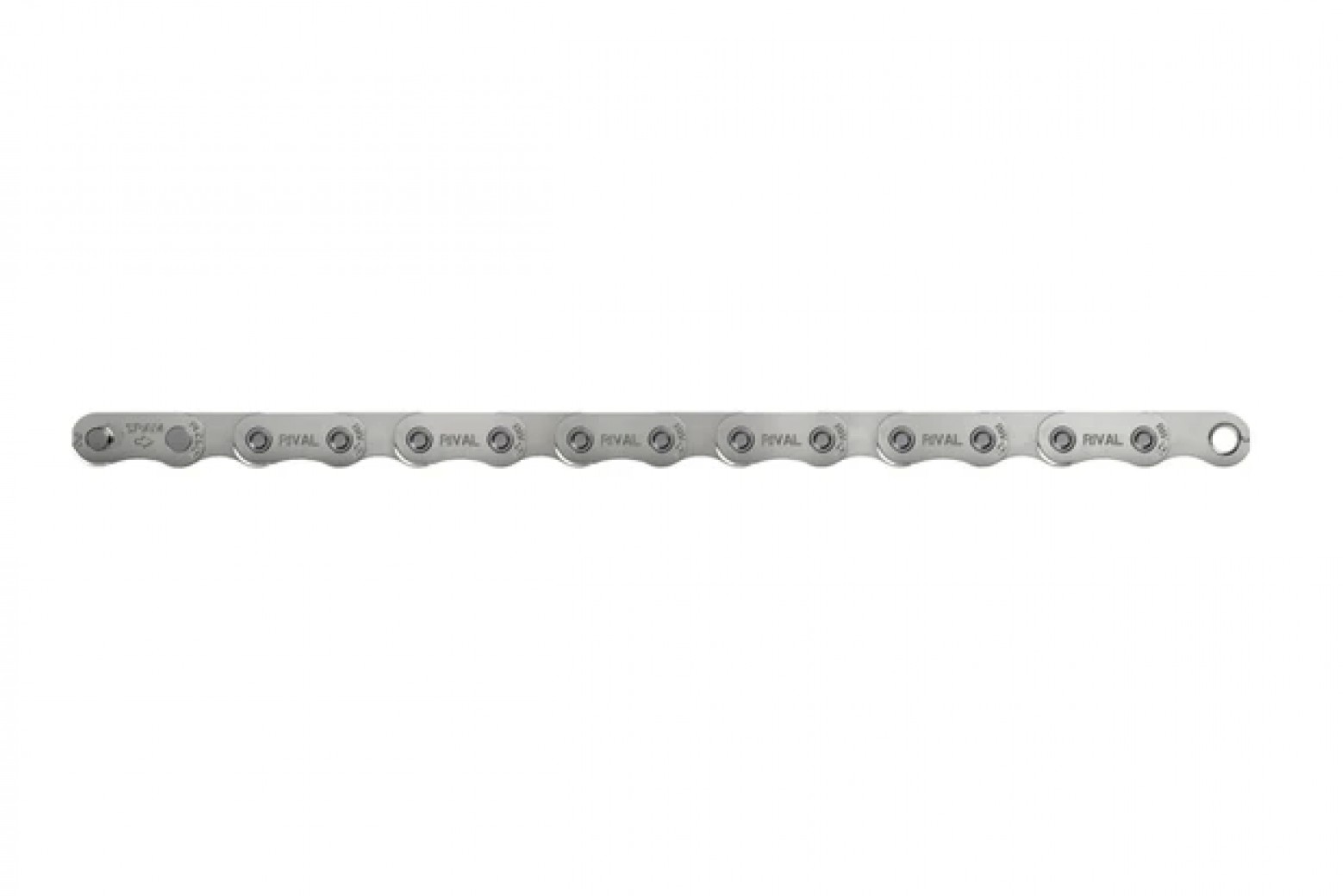