It is very complicated to choose the stages that you should not miss from this 2020 Tour de France. We are going to give it a try, and we are going to attempt to leave them at only 4. 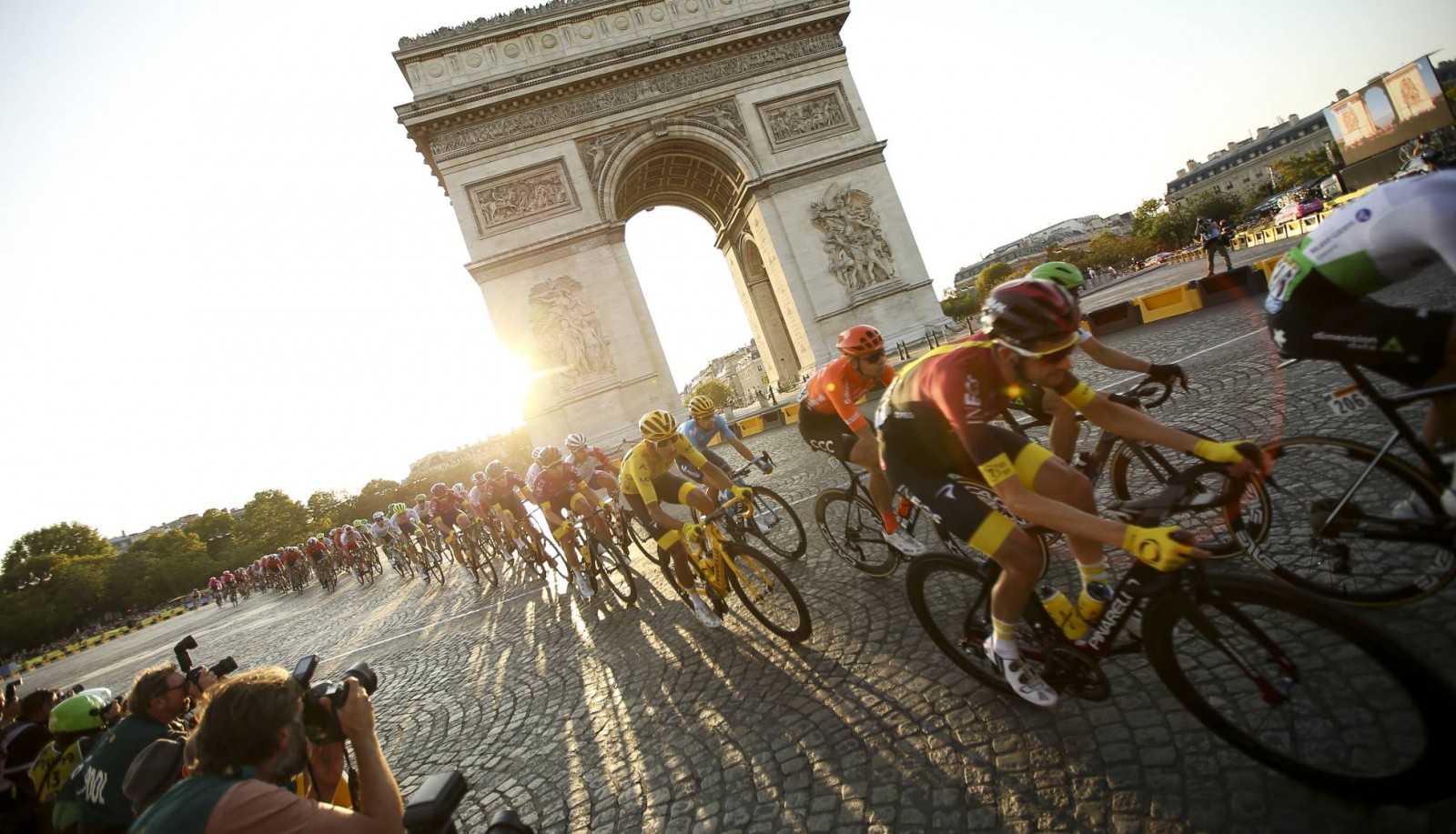 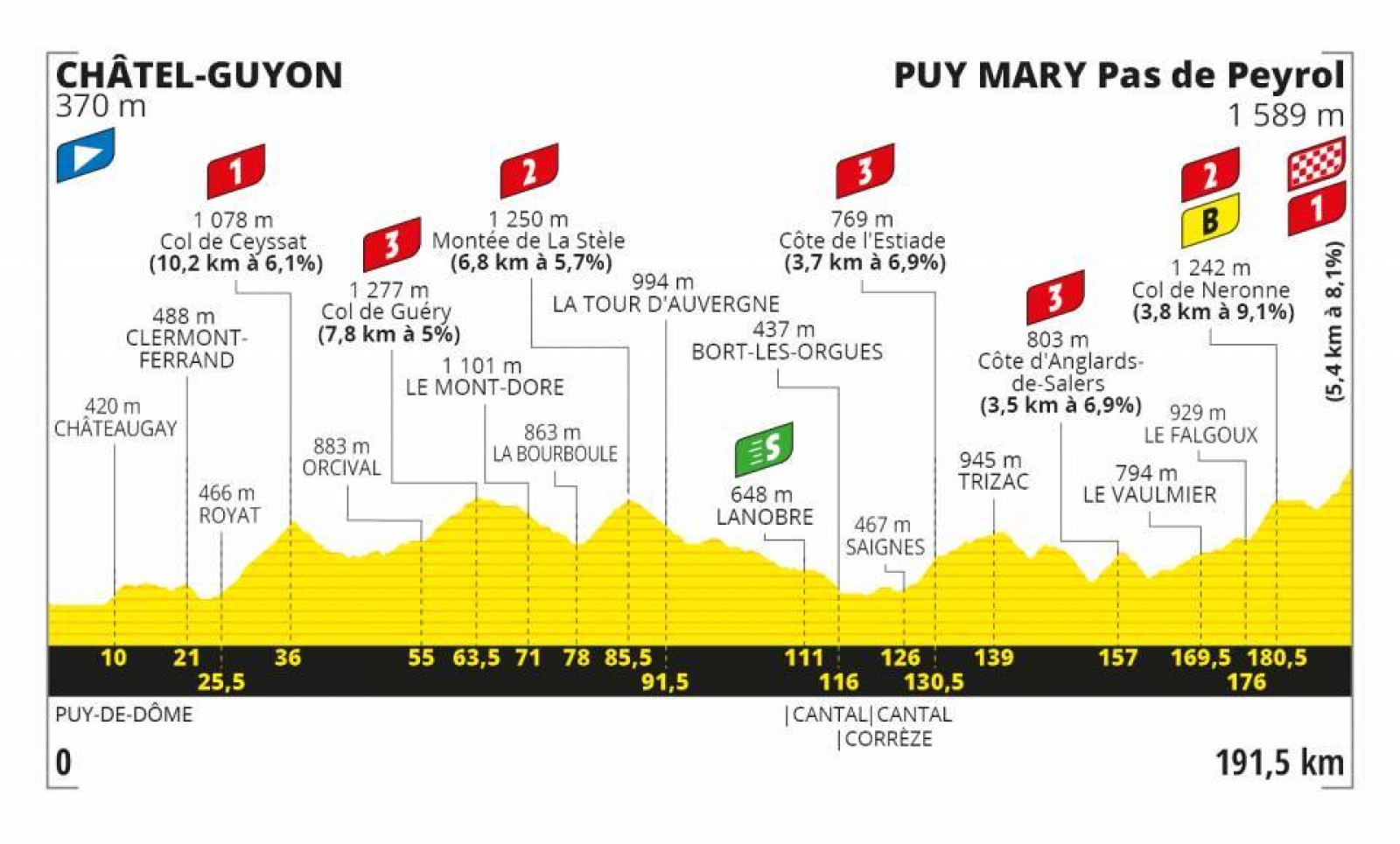 A couple of weeks after the beginning of the race, you'll be able to find out what cards each cyclist carries. This stage between Chatel and Guyo to Puy Mary will then appear, with almost 200 kilometers and the largest accumulated of all the Tour de France 2020. The Central massif of France will see the climbers trying to fight these more than 4400 meters of accumulated and take shape for the final phase of the Tour with the possibility of winning or playing an important role. Climbers like Pinot, Bernal or the Spanish Enric Mas will be able to test the strength of the peloton. 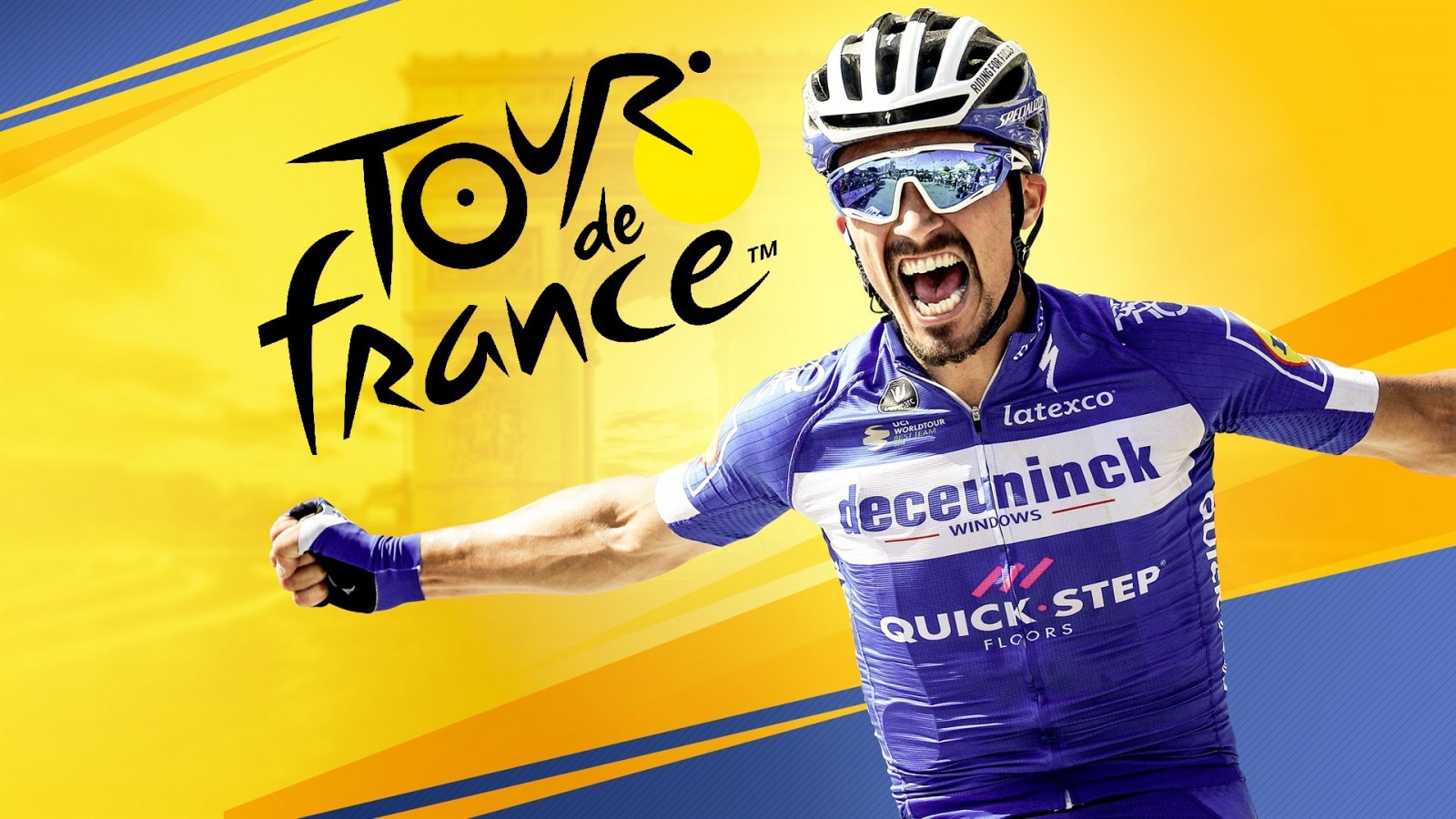 An end at the peak of the Puy Mary, an extinct volcano that will be just the opposite of the attacks that can occur in the 7 mountain passes it has: two first class, two third class, and three third class among which the Col de Neronne and the Puy Mary itself stand out, both with more than 8% on average (the Neronne with 9.1%) which are also the last two. 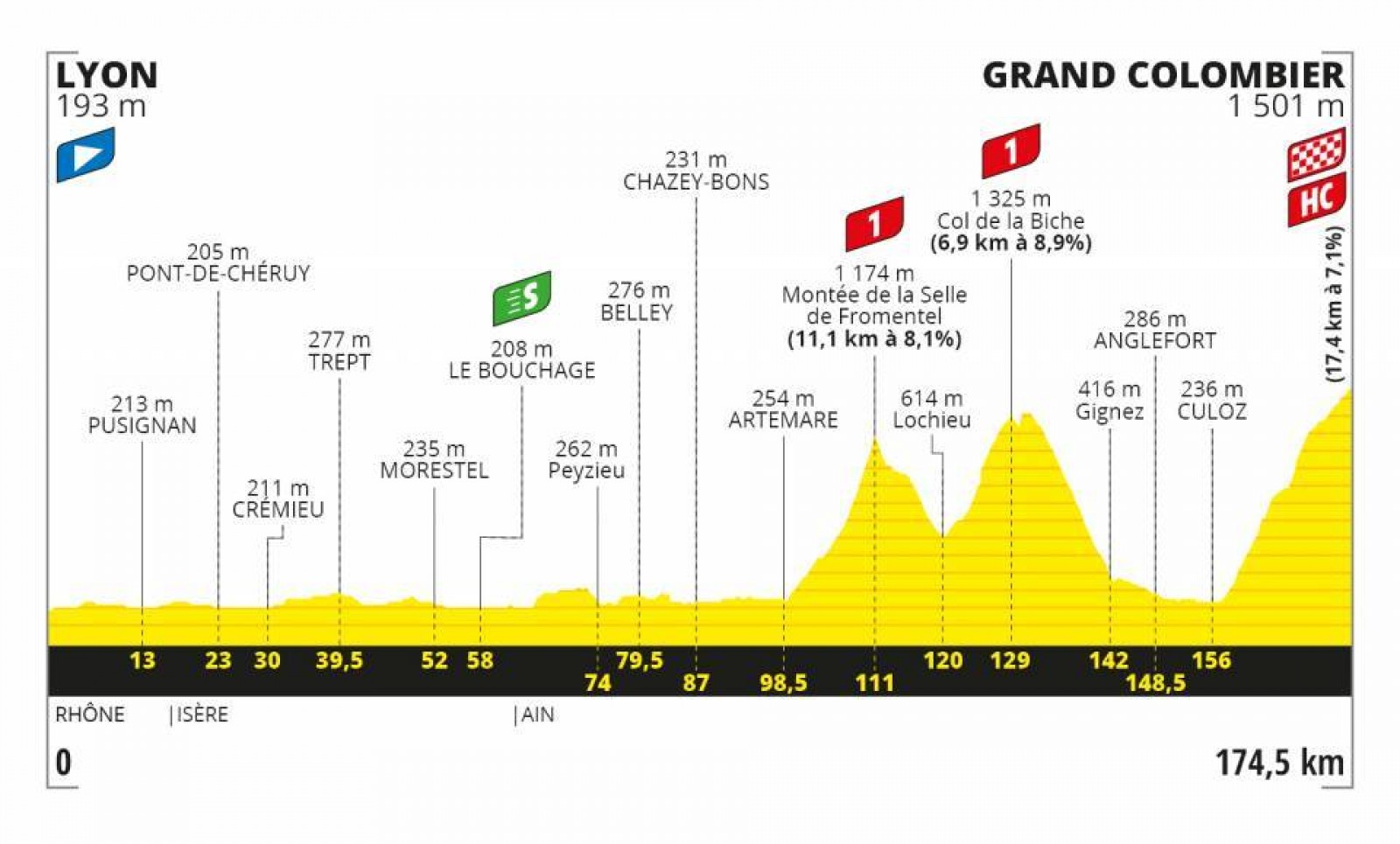 As soon as the Puy Mary is passed, the cyclists will be planted in the Jura mountains, with that Jurassic modeling that geologically has baptized a very peculiar type of relief. Its antiquity will contrast with how young the legs will have to be to face the wall that this stage with a high finish entails.

There are fewer ports, but which ones: Montée de la Selle, with 11km at 8.1%; Col de la Biche, with 7km at almost 9% (both first category); and the Grand Colombier, 17.4km at 7.1% on average in a special category port that also crowns at an altitude of about 1500 meters above sea level. An outrage that arrives at the halfway point of the 2020 Tour de France and that will surely decide who stays out of the final fight for the podium on the Champs-Elysées. 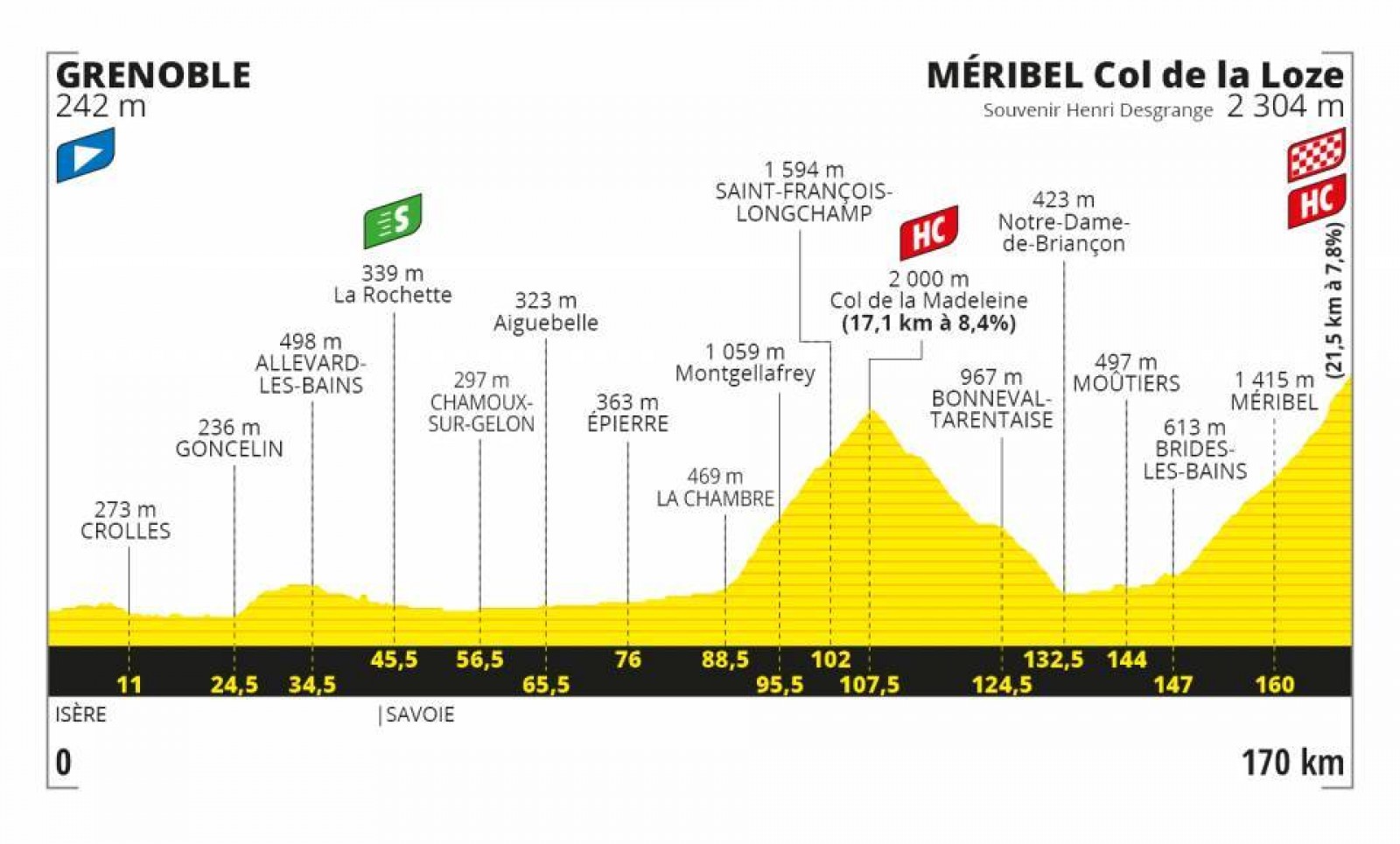 And just another couple of days later (with a rest in between) will come what is considered the final battle. Because the peloton will return to the Alps (they return because they will have already passed during the first week of the Tour de France 2020) to touch the sky of the Tour. Or rather, for only one to touch the sky, because whoever comes out in yellow from here will surely take the victory.

Stage 17 is part of a trinomial that will end up decanting all the scales: on the highest roads in France (an important detail because the lack of oxygen when 17 stages have already been played will also leave the cyclists exhausted), the terrain will be heated until we reach La Chambre, at whose feet begins the ascent to the Col de la Madeleine, with more than 17km at an average slope of 8.4%. Whoever survives the ascent and downhill of the Bonneval-Tarentaise slope will have a little more than 10 kilometers to drink something and let his legs go, because the Col de la Loze arrives immediately.

Take a look at the data from the Col de la Loze: 21.5km at almost 8% and a final height of more than 2300 meters. Winning this stage alone is worth entering the history of the Tour de France. 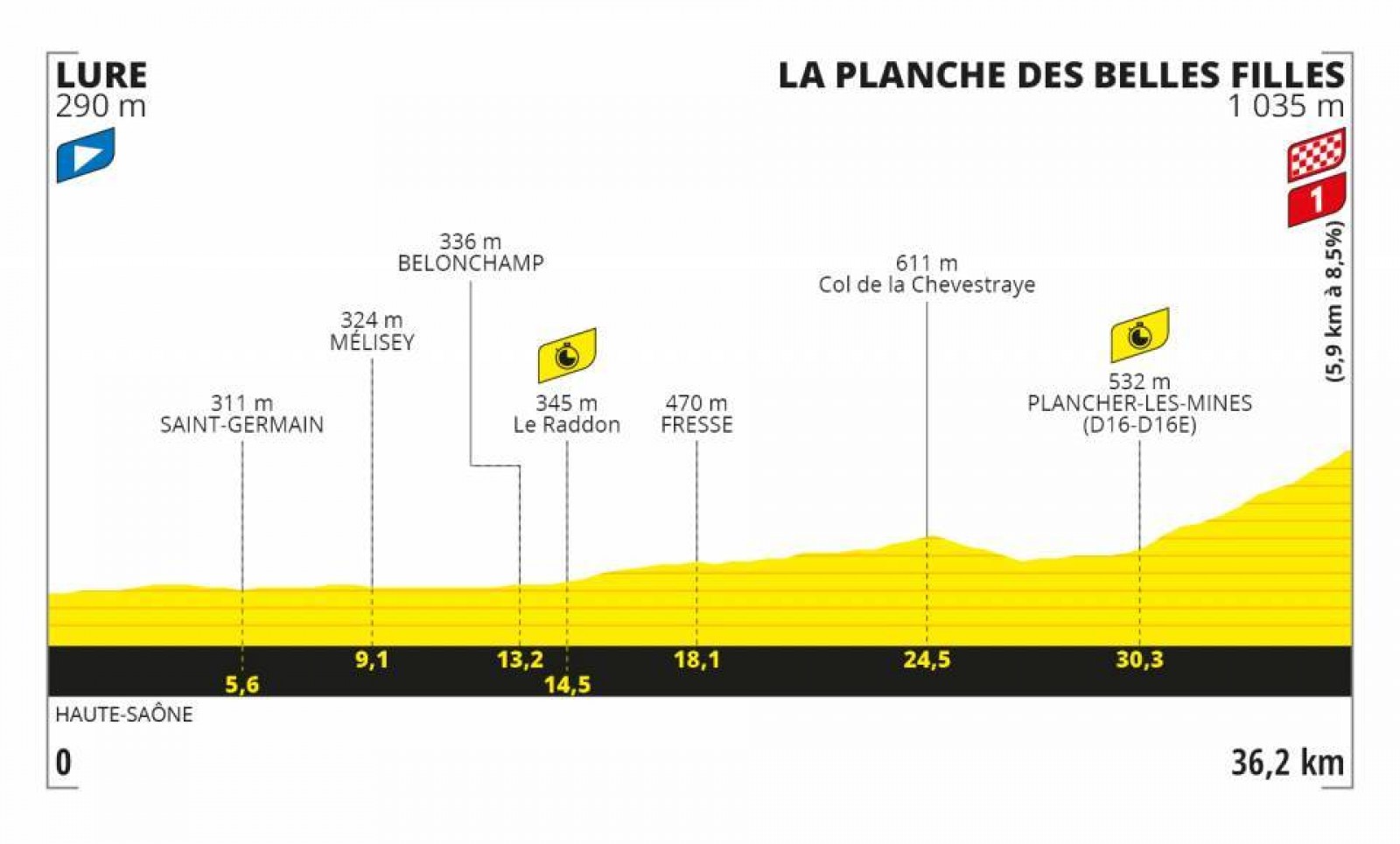 And because even though the mountain will decide the winner of the 2020 Tour de France, if the differences are not very noticeable, especially for the good time trialists, the 20th stage arrives, with a 36km time trial in a whole or nothing that benefits possible survivors like Roglic or Alaphillipe.

Because they are 36km far from being true, as the stage is a real false leg-breaking plain, with a couple of elevations, the Col de la Chevestraye and La Planche des Belles Filles to reach the finish line, which makes it everything but a usual time trial. The latter, La Planche des Belles Filles, is 6km to 8.5%. A short but very hard climb that will put everyone in their place. From there to Paris and Glory. 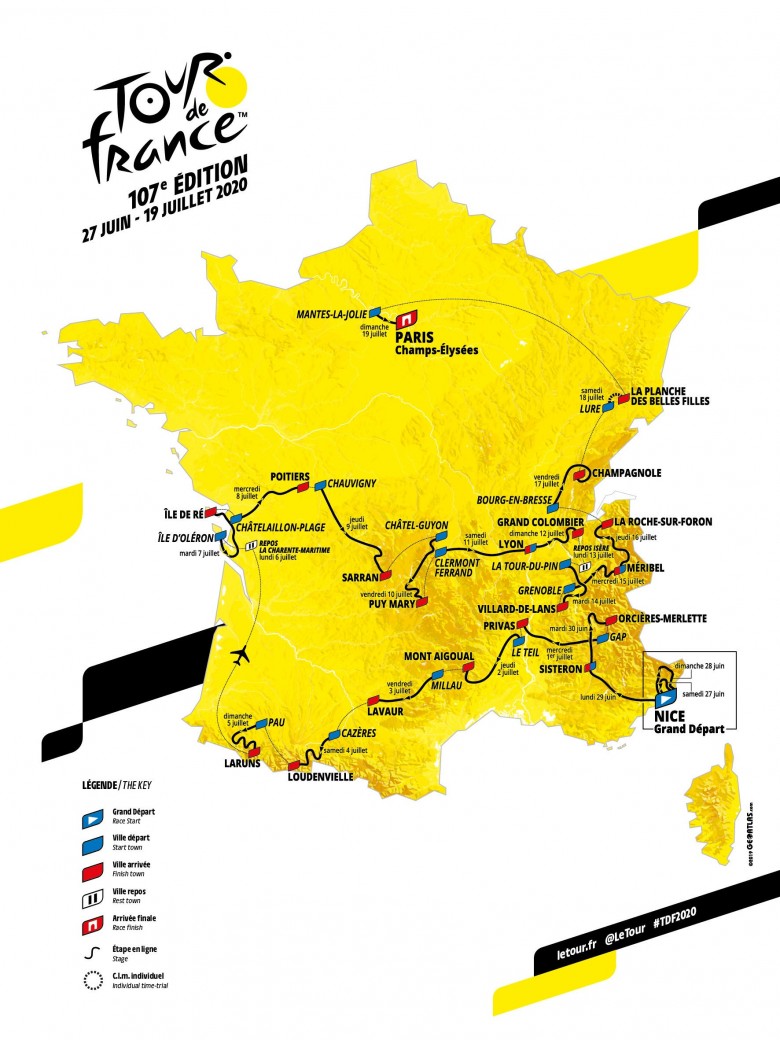 A tour that is very evenly matched, with huge absences and with the particular circumstance that the coronavirus can completely change everything. 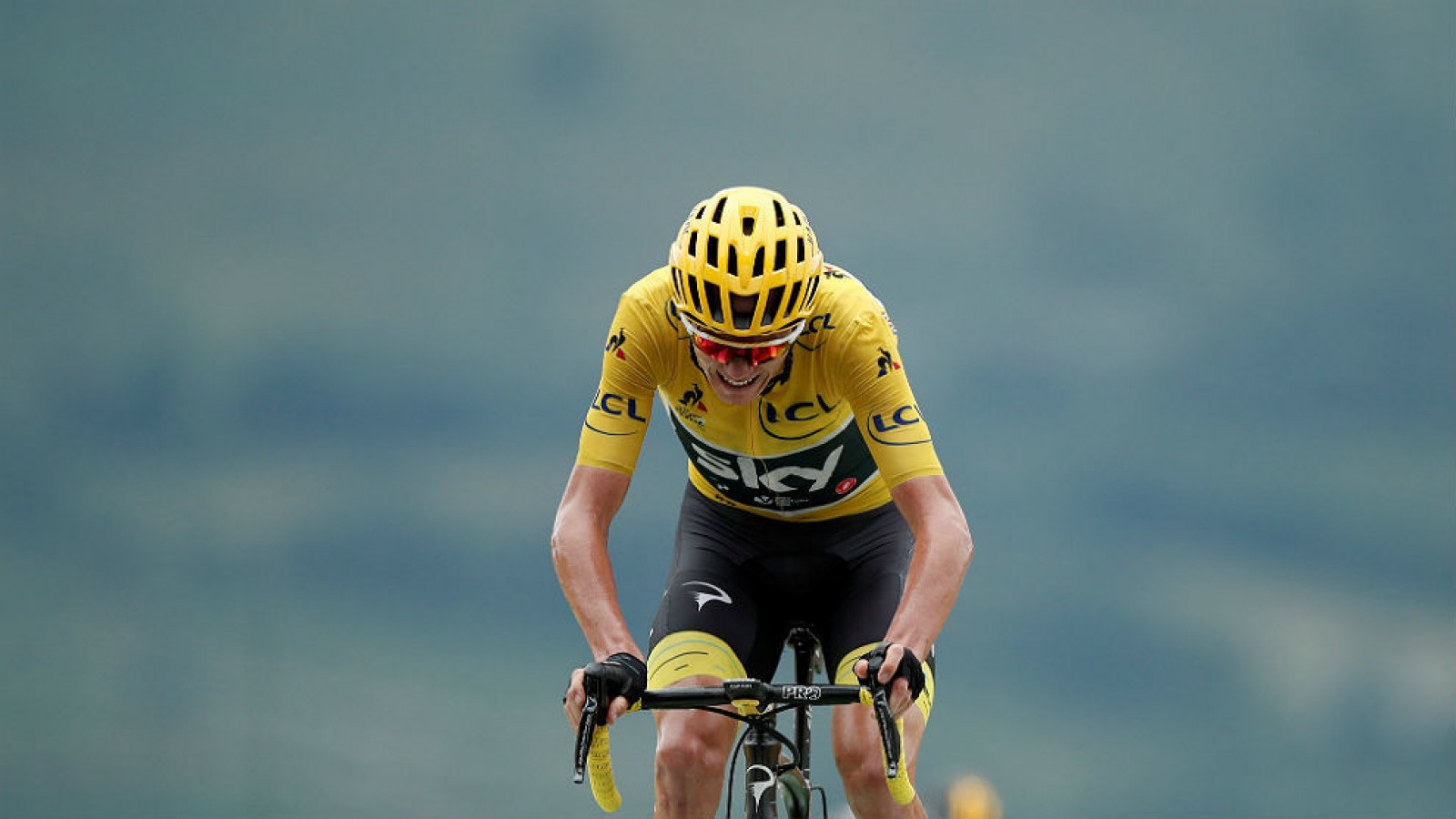 We already discussed it in Brújula Bike: the security bubbles of the UCI as well as its strict measures against COVID-19 can alter the result. And the absence of cyclists like Froome or Thomas will make Bernal an undisputed leader but, at the same time, he will lack a couple of good allies at any given time. All remains to be seen. We''re already looking forward to it.