We could say that we said it, but we didn't say it at all, because in our list of favourites for this 2020 Tour de France Tadej Pogacar did appear, but behind the main list in which Primoz Roglic featured. And the fact is that this Tour has left us with an anthological race that is now part of the history of the French round. 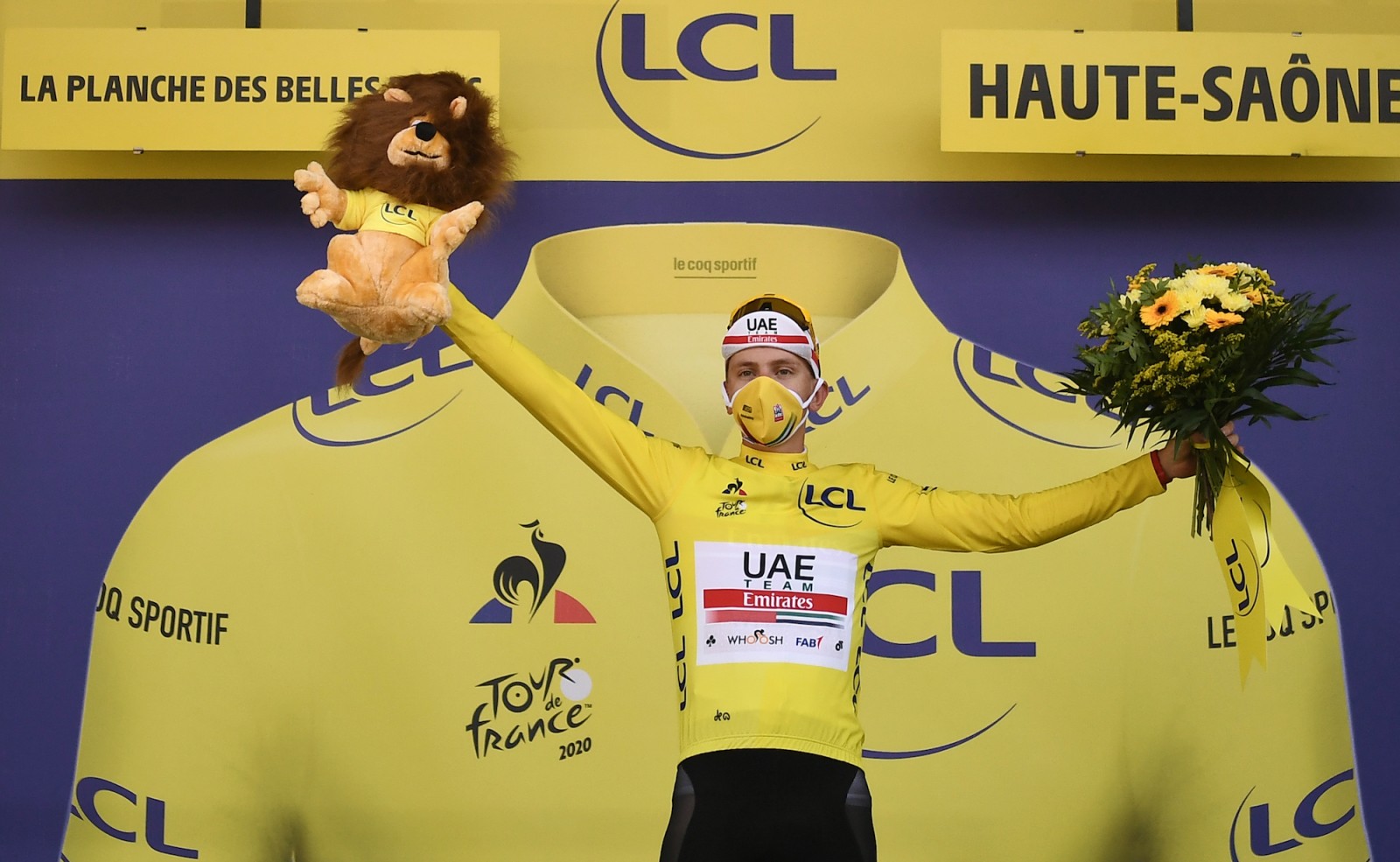 Tadej Pogacar breaks with everything in the Tour de France 2020

We are going to tell this story backwards, from back to front. The 2020 Tour de France went according to plan and the final time trial saw the main favourite, Primoz Roglic, arrive with almost a minute's lead over his compatriot Tadej Pogacar. 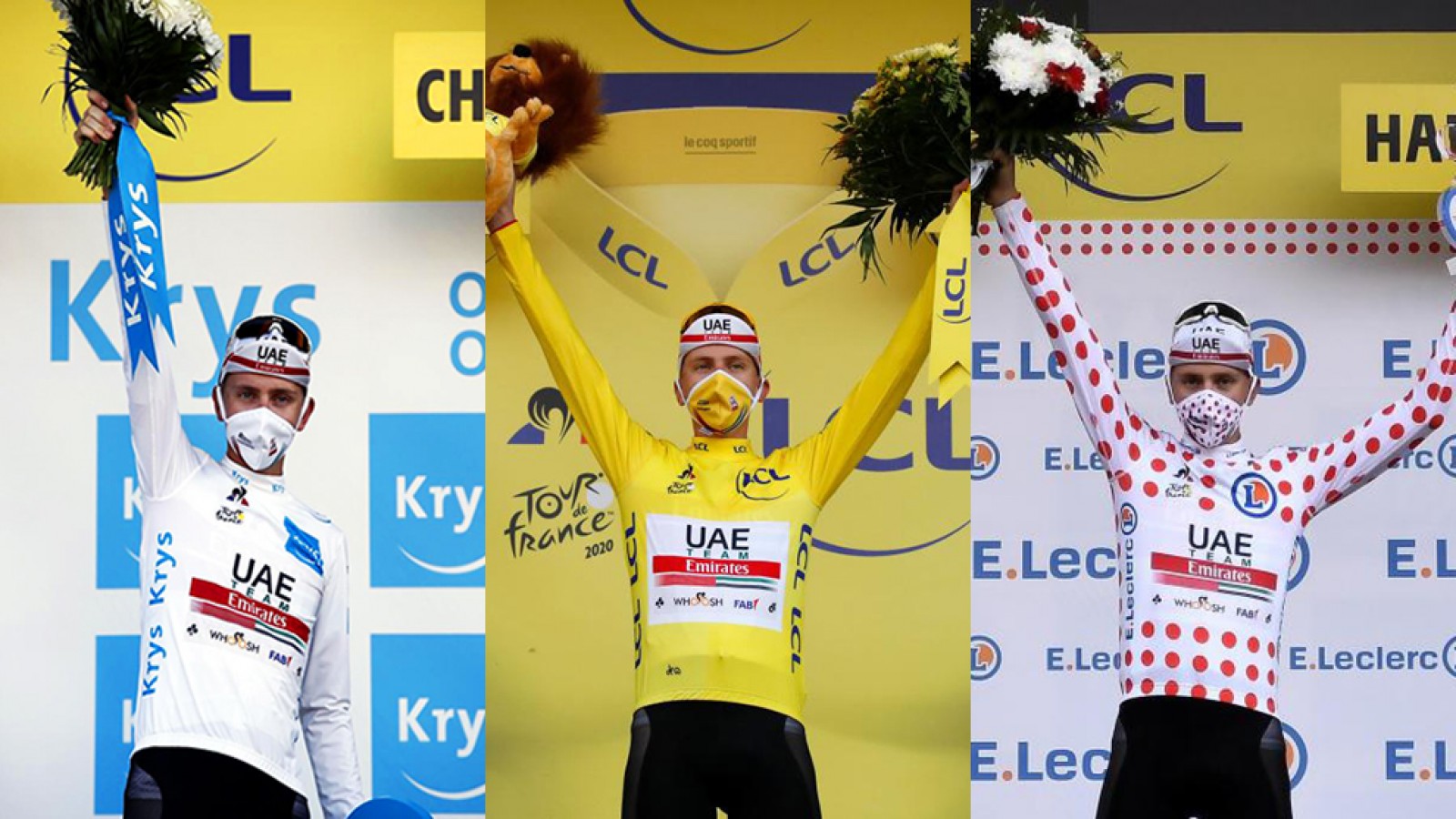 The odds on Roglic's victory were very low for many reasons. He had shown himself to be stronger than anyone else, even a little stronger than Pogacar on the stage that Superman Lopez masterfully took on the Col de la Loze, where he knocked the young Pogacar off his feet but could only get 11 seconds. The Jumbo Visma rider is also a specialist in time trials. In the Tour of Spain he took everyone by surprise. 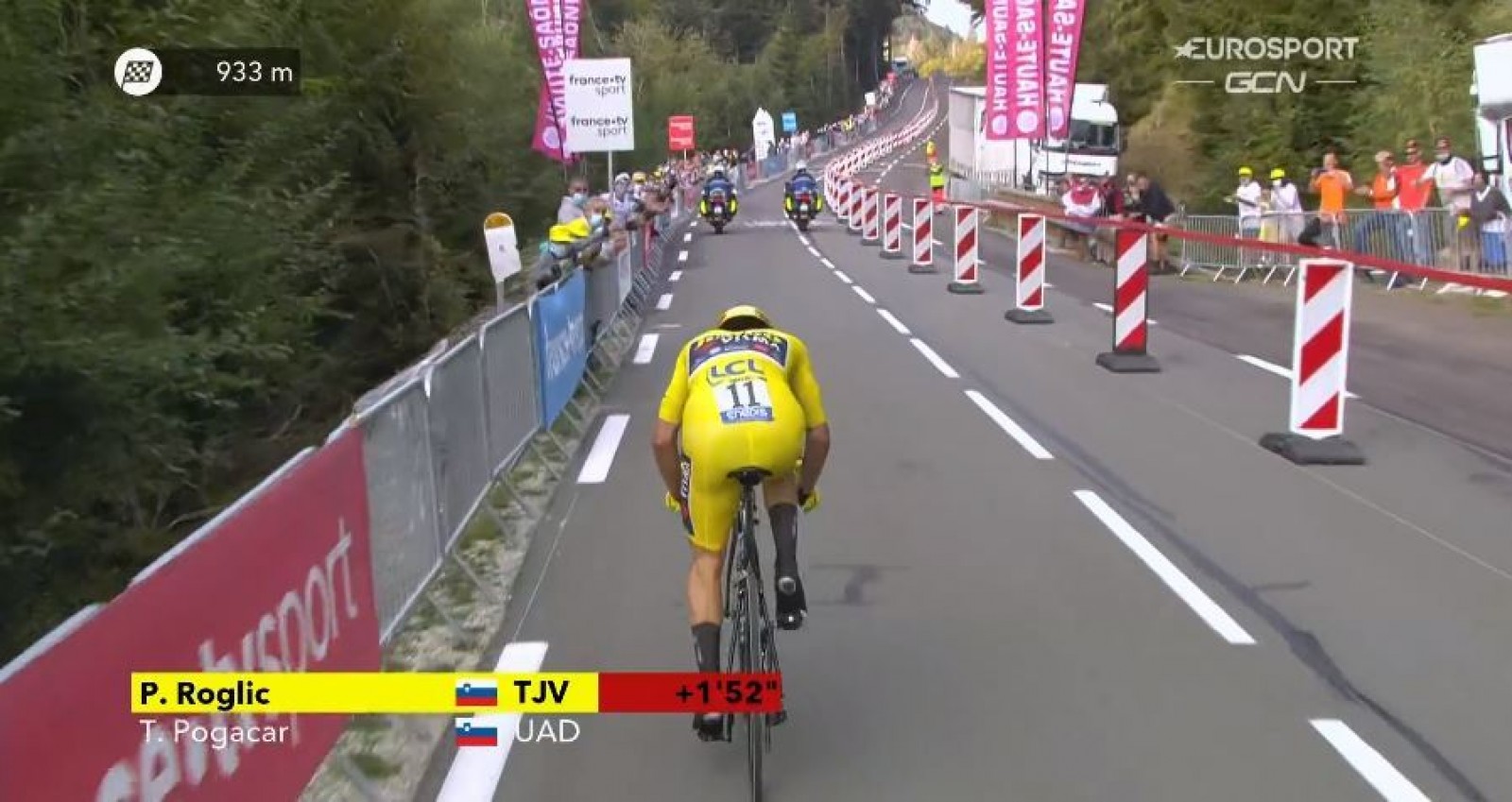 But it was the day that will go down in history for two names, both Slovenian: the first, Roglic, devastated and looking lost on the horizon, sitting on the ground and insensitive to the few signs of encouragement coming from his companions. It seems that he is not in a very good mood in general, and he was not in the situation to say anything at all. The second, the young man from the UAE Emirates team Tadej Pogacar, with his hands on his face and crying like a child embracing the technical staff. Before that, Pogacar had put him through almost two minutes of the last time trial, making up for lost time and rising to the first step of the podium. 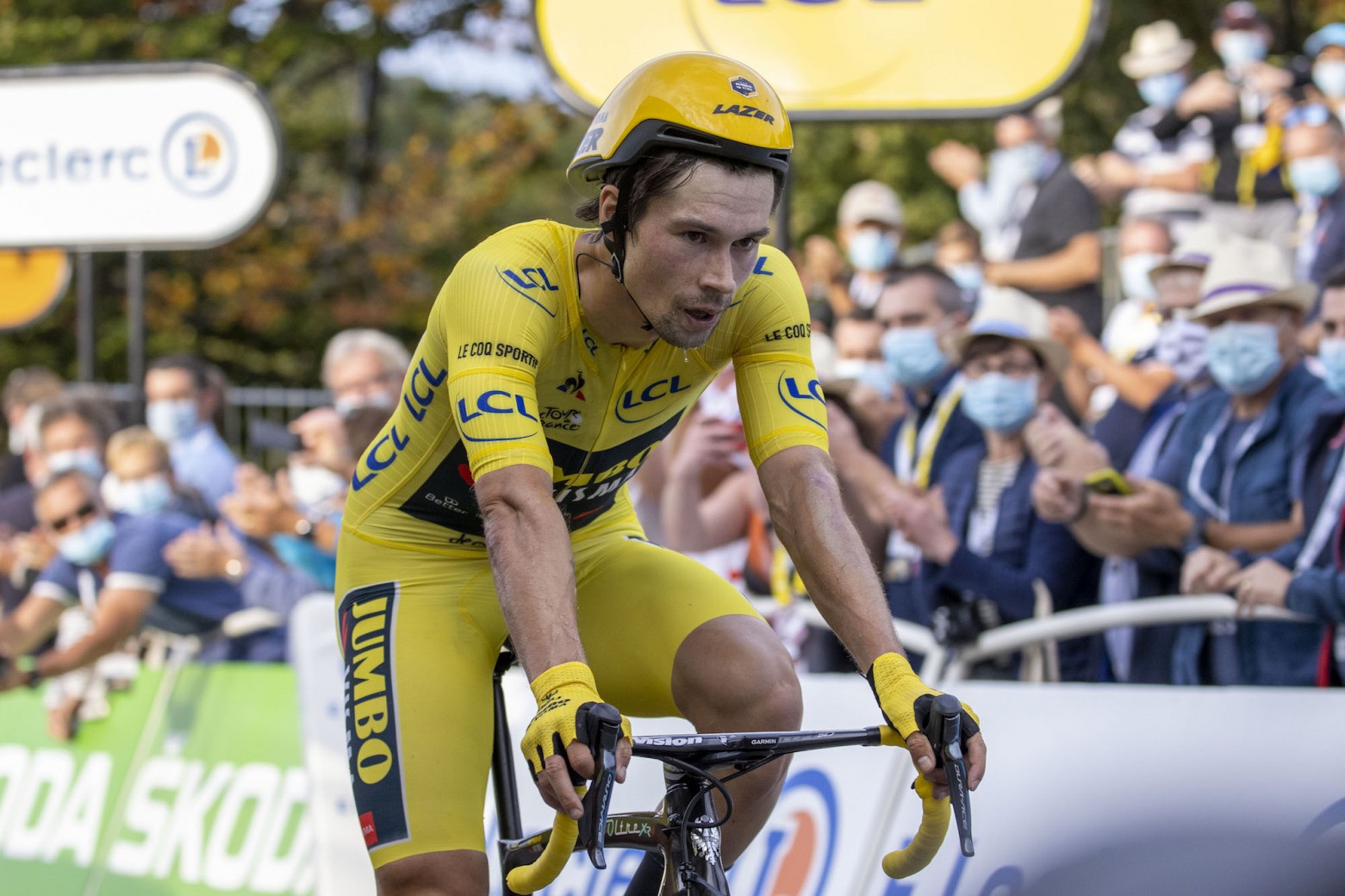 And Tadej Pogacar was one of those who was cut off in that damned stage of the fans in which Mikel Landa had also fallen. Landa finishes fourth even with that, great Tour de France 2020 for the Spaniard. Enric Mas was fifth in a Tour in which he went from less to more and more. The Mallorcan has a great future. 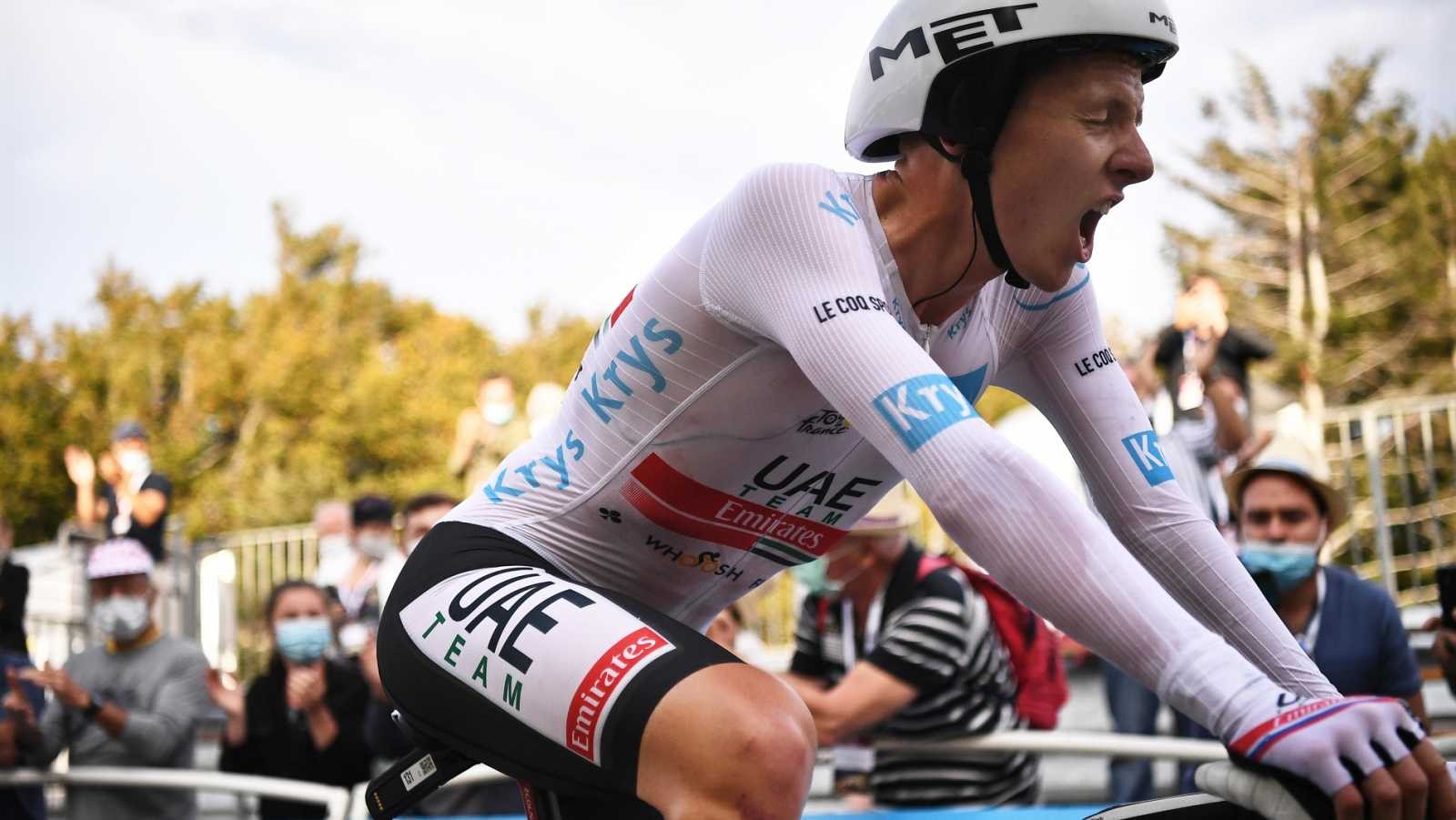 But Pogacar took all the spotlights, and rightly so. He won three stages and took the overall. A success at only 21 years of age (the third youngest cyclist in history to achieve this). He already proved in the same Tour of Spain that Roglic won, that he was promising, but his promise has come very quickly. In fact, Pogacar has returned that second place with total cruelty, at the last moment, without the ability to react for Roglic. 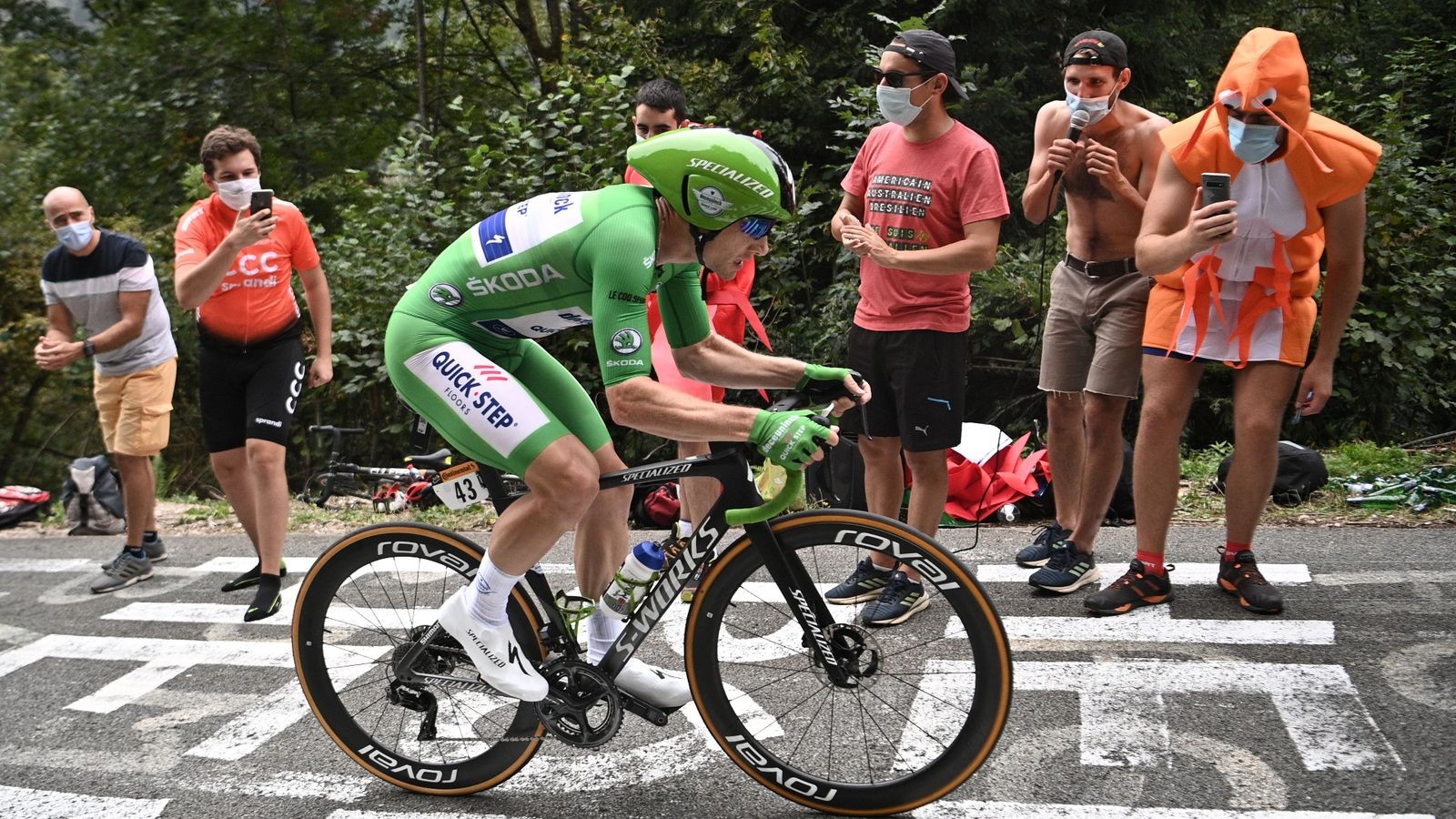 In the end, a podium with Pogacar victorious in the Elysées, Roglic with a face of circumstances and a Richie Porte who overcame everything to achieve his best result and at his age. Roglic surrounded by two successes.

The deceptions of the 2020 Tour de France

On the disappointment side, there is also a name of its own: Egan Bernal. Carapaz or Kwiatkowski showed the strength of the Ineos team, but Bernal was not up to defending his scepter. He even abandoned it after showing his weakness in the Alps, from which his gregarious could show off, especially a Richard Carapaz who was about to take the mountain jersey, a jersey that the new cannibal Pogacar also endorsed. The third jersey for the Slovenian was the white one, ahead of Enric Mas: they are the future of cycling, without a doubt. 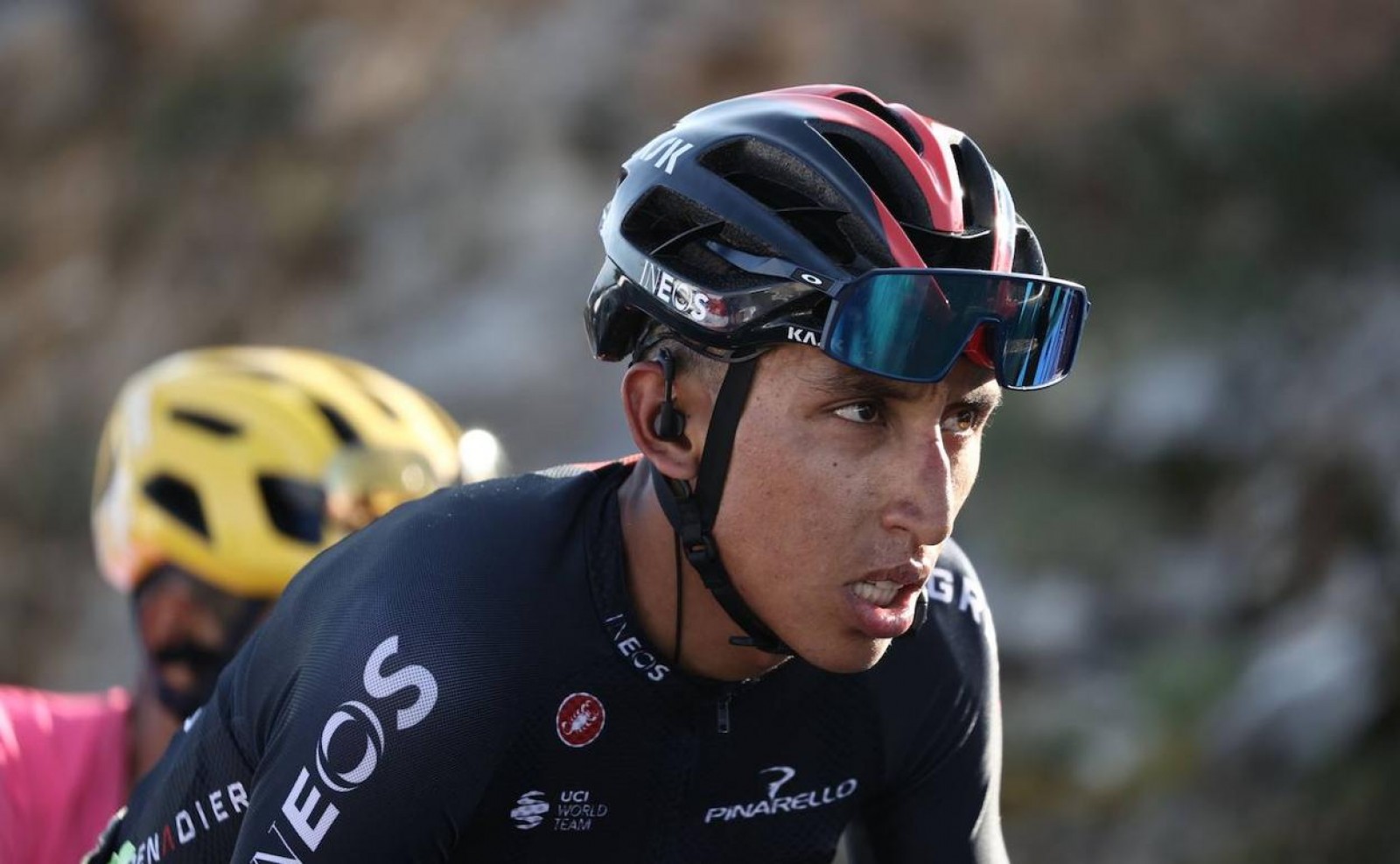 The Spanish public had to be satisfied for another year with the victory of Movistar by teams, crumbs that do not palliate the obvious fact that we have not smelled victory for 11 years, since Contador's in 2009.

And the other break came in the regularity, the jersey by points that Peter Sagan could not re-edit once again. The Bora man stayed away from Sam Bennett. The cyclist from the Deceuninck Quick-Step took it with authority and left Sagan in 7 green, something historic, because nobody has 7 (Zabel had 6) but bittersweet because his aim was to get the eighth. He'll have to wait, if Sagan doesn't send cycling off into the fresh air first, given his dissatisfaction with certain aspects of professional road cycling. 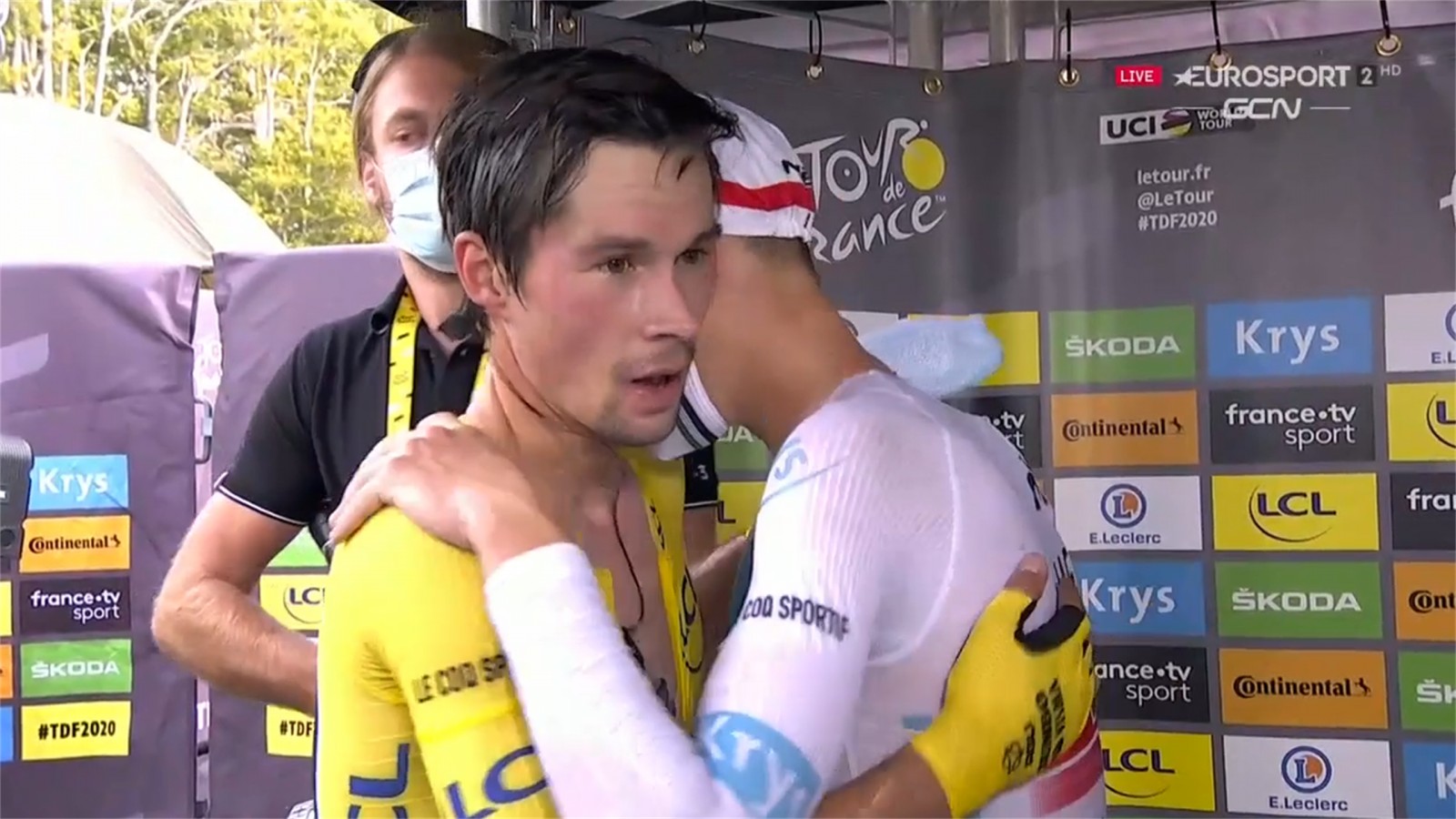 Otherwise, everything will go according to plan: tacit agreement between the squad, protection of the winners in a triumphant walk around the Arc de Triomphe, opening up the Parisian circuit to anyone who has nothing to lose and nothing to steal. Parsimony on the cobblestones of the capital of love, a love that Tadej Pogacar now knows.