Val di Sole 2019 World Cup: main favorites, schedules and where to watch it

In the northern part of Italy there is the Alpine Valley of Val di Sole and it will be there where the XCO MTB World Cup 2019 takes place from August 2nd to 4th. Only 3 events remain and we are facing one of the most exciting editions of the last years. Here you can find all the information about the XCO World Cup of Val di Sole 2019. 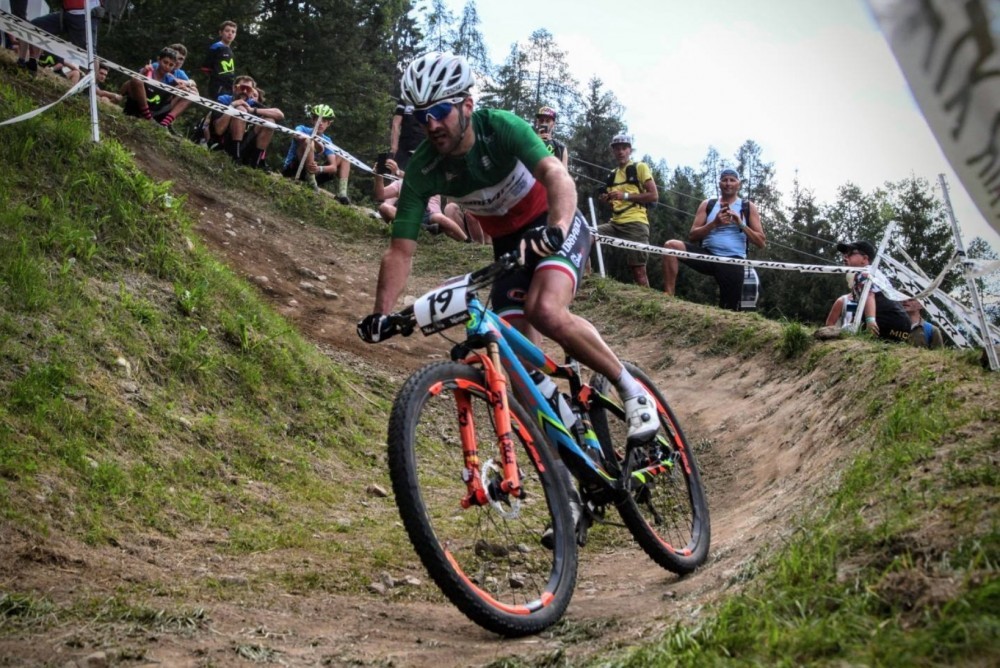 If we look back, the 2018 Val di Sole World Cup put on the podium some protagonists who start as favorites for this edition.

In the Val di Sole 2018 Short Track, the fastest were Annika Langvad in women and Van der Poel in men.

In the women's race on Sunday, Polish Wloszczowska won the 2018 Val di Sole World Cup, Emily Batty was second and Jolanda Neff third. Annika Langvad suffered a hard fall that left her out of the race.

In the men's event, Nino Schurter won the race with the Italian Gerhard Kerschbaumer second and Mathieu Van der Poel third. All of them will return to start as favorites to win this 2019 edition.

In the women's event, Kate Courtney has earned this season to be the top favorite in any race where she takes the start. Also, Jolanda Neff has shown that she is very strong and she just needs to manage the beginnings of the race better, so we can't get her out of the top 3 favorites. And to close the top 3 of favorites, we have Annika Langvad, who returns after an injury but surely she does it with desire to shown that she is a great biker.

This year the competition is very open and cyclists such as Pauline Ferrand Prevot, Elisabeth Brandau, Anne Tauber, Anne Terpstra or Ramona Forchini could fight for victory without surprising us. We would also like to see Emily Batty in the top positions.

In the men's event, Nino Schurter skipped the XCO European Championship and seems to have done so to face the final leg of the season in the best condition. That, along with the magnificent victory he got in the last World Cup of Les Gets make him the top favorite to victory in Val di Sole. Mathieu Van der Poel cannot be left out because he has already shown that if he is not deactivated in the first half of the race, it is very difficult to beat him, so he also enters directly to the Top 3. Like Gerhard Kerschbaumer who he disputed the victory in Les Gets with Schurter until the last lap.

We can not forget about Henrique Avancini, but Cannondale comes from winning the national in XCO and XCM in Brazil and his performance is unknown. Ondrej Cink, Jordan Sarrou and Mathias Flueckiger will be also in the fight for the top spots

The Val di Sole World Cup can be watched live and free online from the RedBull TV website. You can click here or on the image below and you will be taken to the RedBull website where you can see both Friday's Short Track (women and men) and Sunday's race.