Van der Poel, the first cyclist in history to win these 3 titles

After 3 fighting for it, Mathieu Van der Poel has won his first MTB World Cup in Nove Mesto, Czech Republic. And he did it masterfully winning the 7 times world champion, Nino Schurter. In addition, with this victory, Van der Poel becomes the first cyclist in history to win a XCO World Cup, a CX World Cup and a World Tour road race. 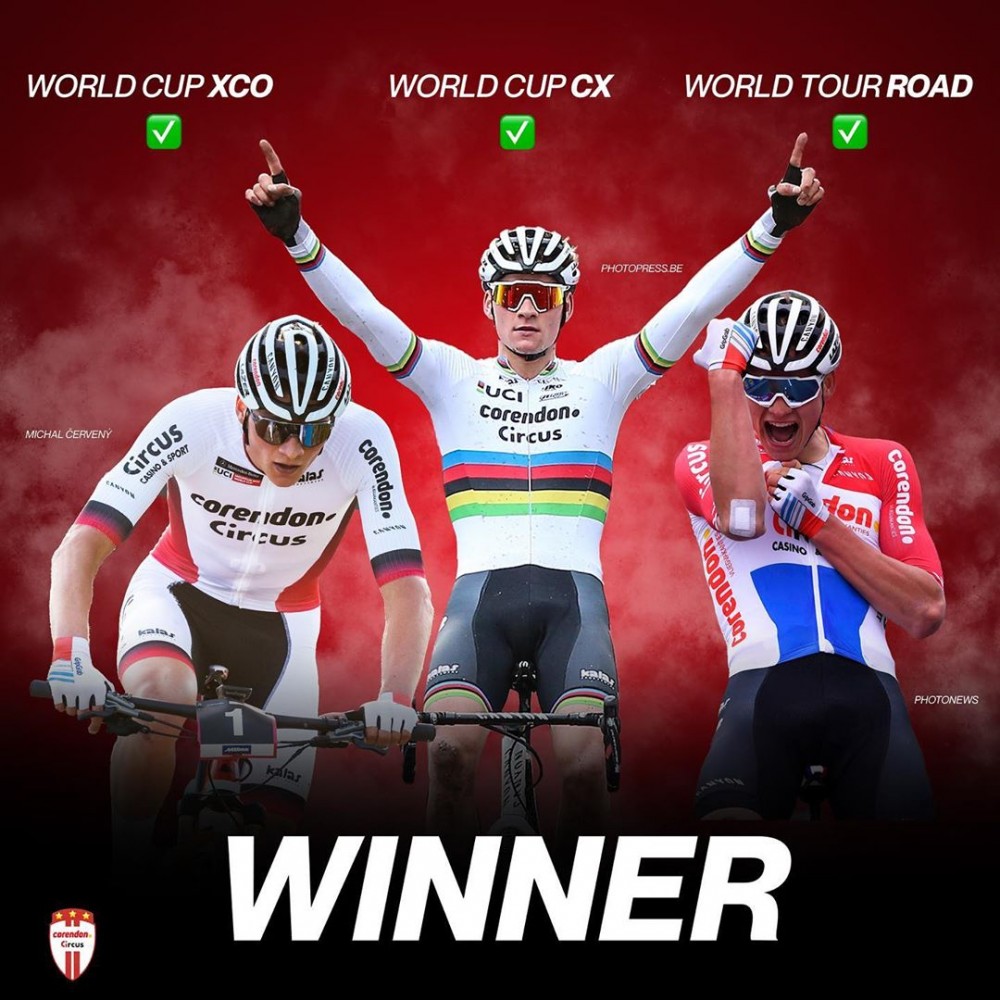 So far, if you wanted to compete in the maximum level at in any cycling discipline, you had no other choice than specialize to get a very specific preparation for that category. But the young Mathieu Van der Poel is revolutionizing the theory in recent months. 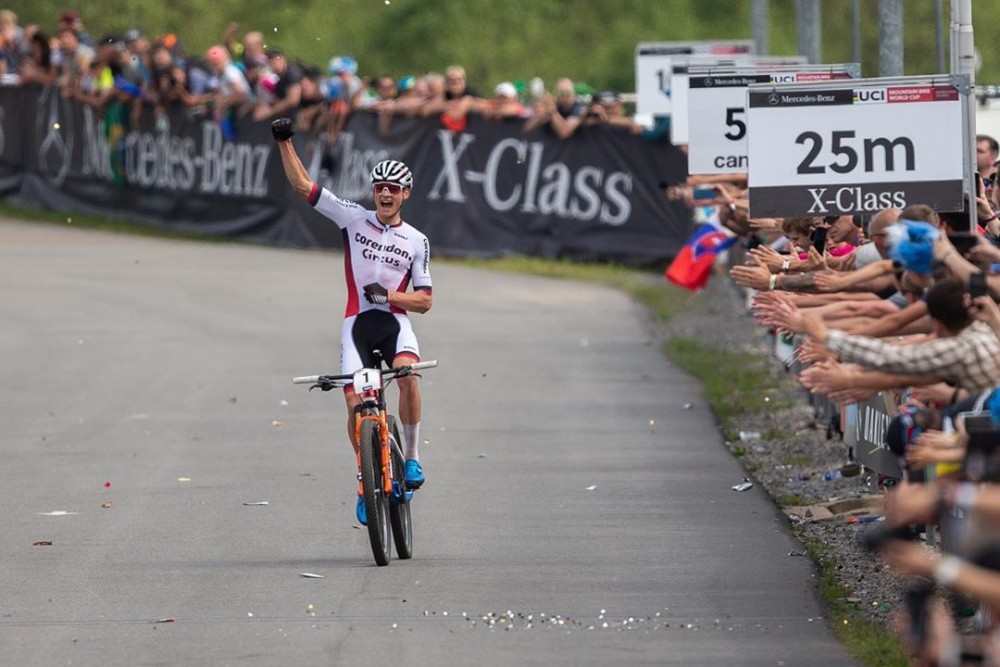 Last January we saw him win the Hoogerheide Cyclo-cross Championship, in addition to the World Cup of this modality shortly afterwards. Only a few months later, we have seen it on a road bike getting World Tour victories, such as the Amstel Gold Race, the Brabantse Pijl and the Dwars door Vlaanderen. And now, with a mountain bike he has won the XCO Nove Mesto World Cup. 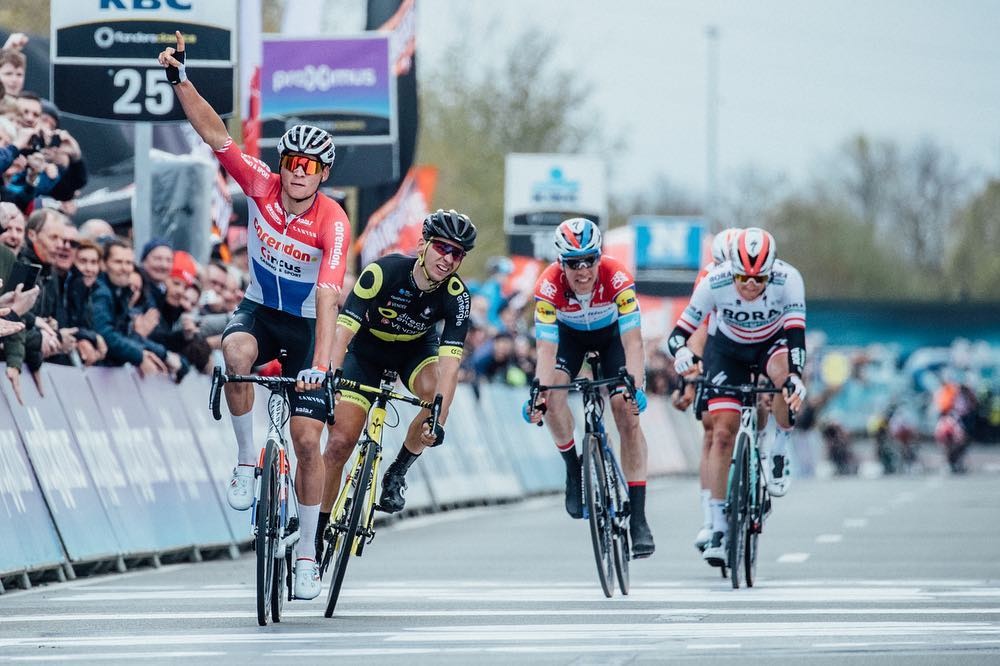 In less than 5 months he has managed to win what never before had won another cyclist in history. He has become the first person to win 1 XCO World Cup, 1 CX World Cup and 1 UCI World Tour road race. 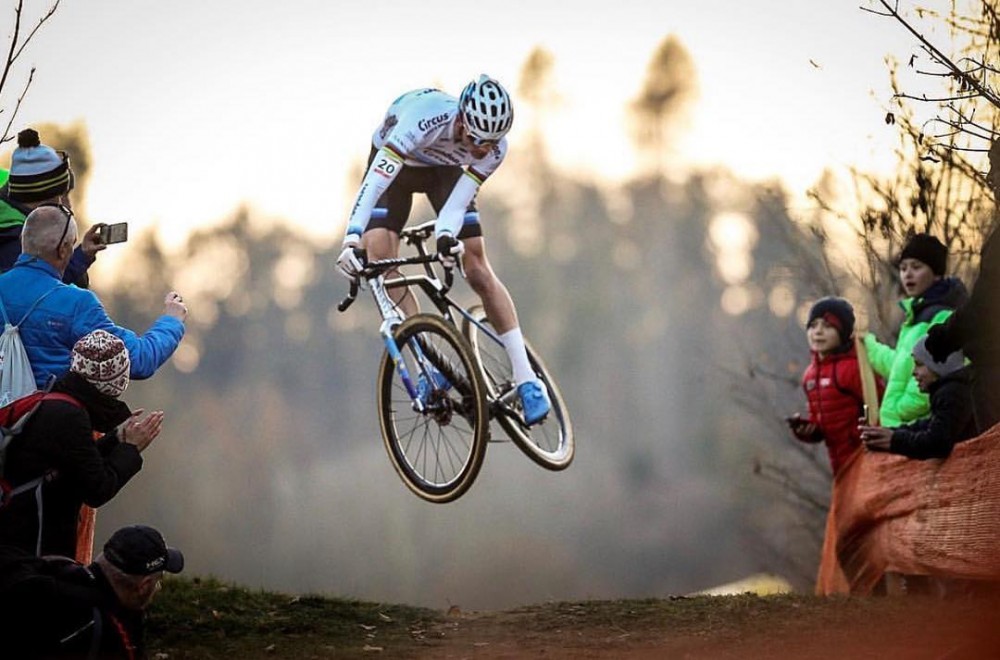 Looking at his record, after winning the Nove Mesto World Cup, it seems curious that Van der Poel said yesterday that: "winning a MTB World Cup is one of the most difficult things I have achieved".