On a more impracticable circuit than you might think, the mission was to go down. Not to go down fast, but simply to go down. The shocking images of this World Championship in Leogang marked the morning's routine. Mainly, the forest area, with half a meter of mud, even blocked the natural movement of the wheels. Almost all, except for the Swiss Camille Balanche. 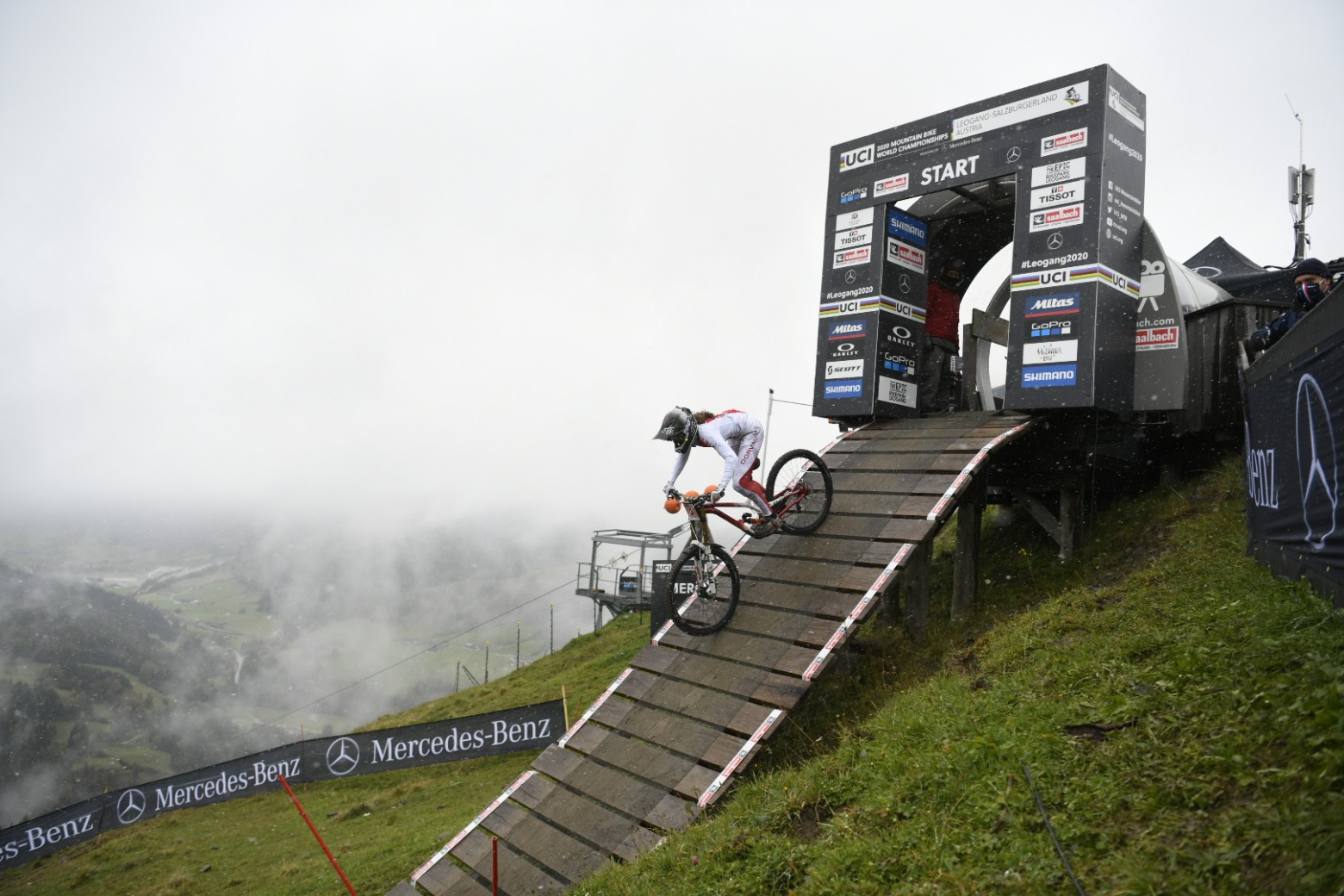 The hellish circuit of the 2020 Leogang World Championship

Basically, that's what the DH is like, but it was a shame not to see them fly the main jump: they all avoided it (let's remember that this one had a small pit and they didn't get there fast enough to pass it decently). 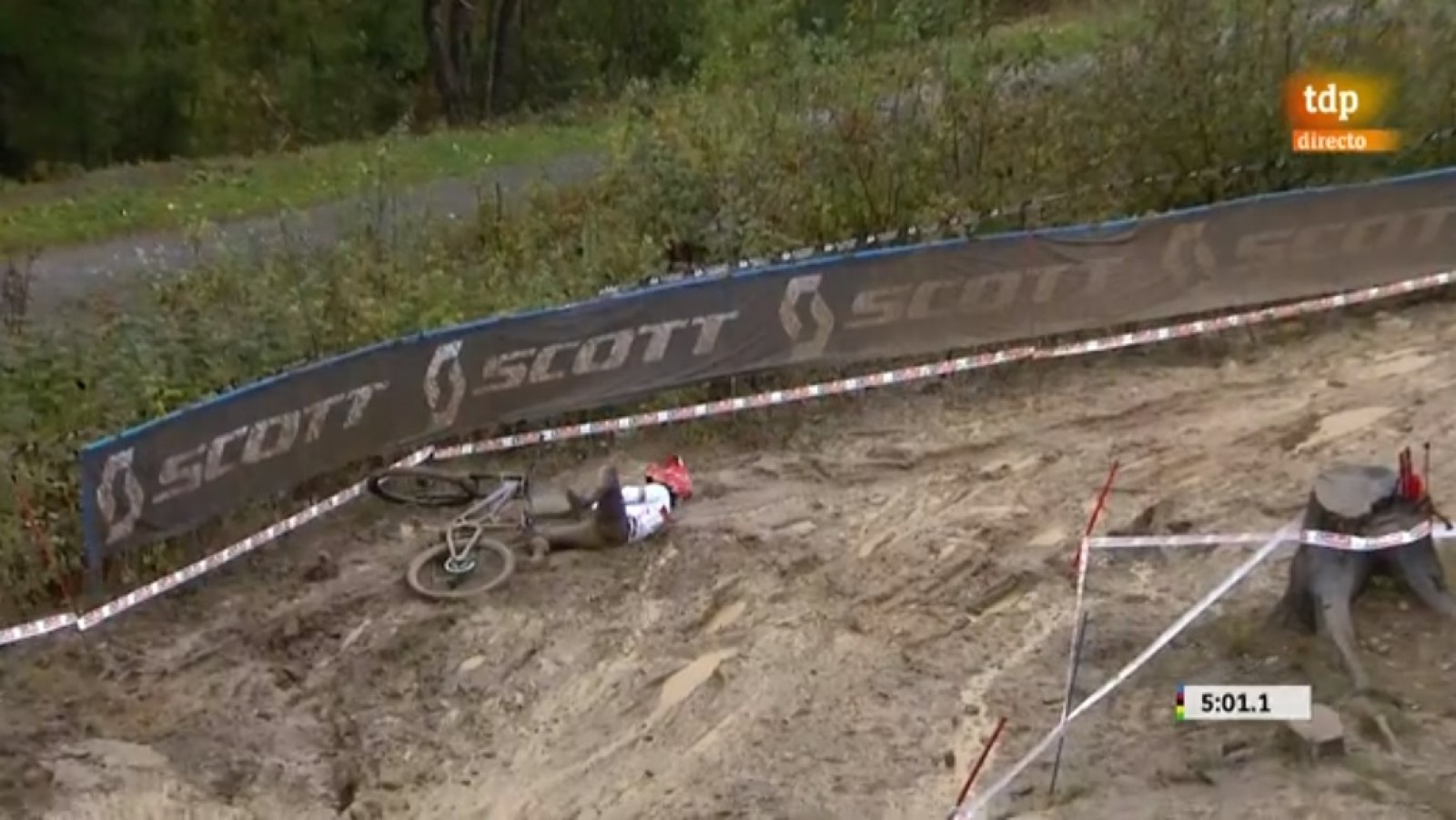 23 competitors faced this hell of Leogang, and the first 10 were satisfied with reaching the finish line. Until the Frenchwoman Myriam Nicole came out into the puddle, we didn't see any real chance of seeing any real DH. 20 seconds was enough to get the rest out at the second checkpoint. It was clear that the Frenchwoman was going to set the roof on which the Leogang 2020 World Championship would be fought. Even despite a slight fall at the end of the forest, her 5:11 marked the thin red line on the podium. 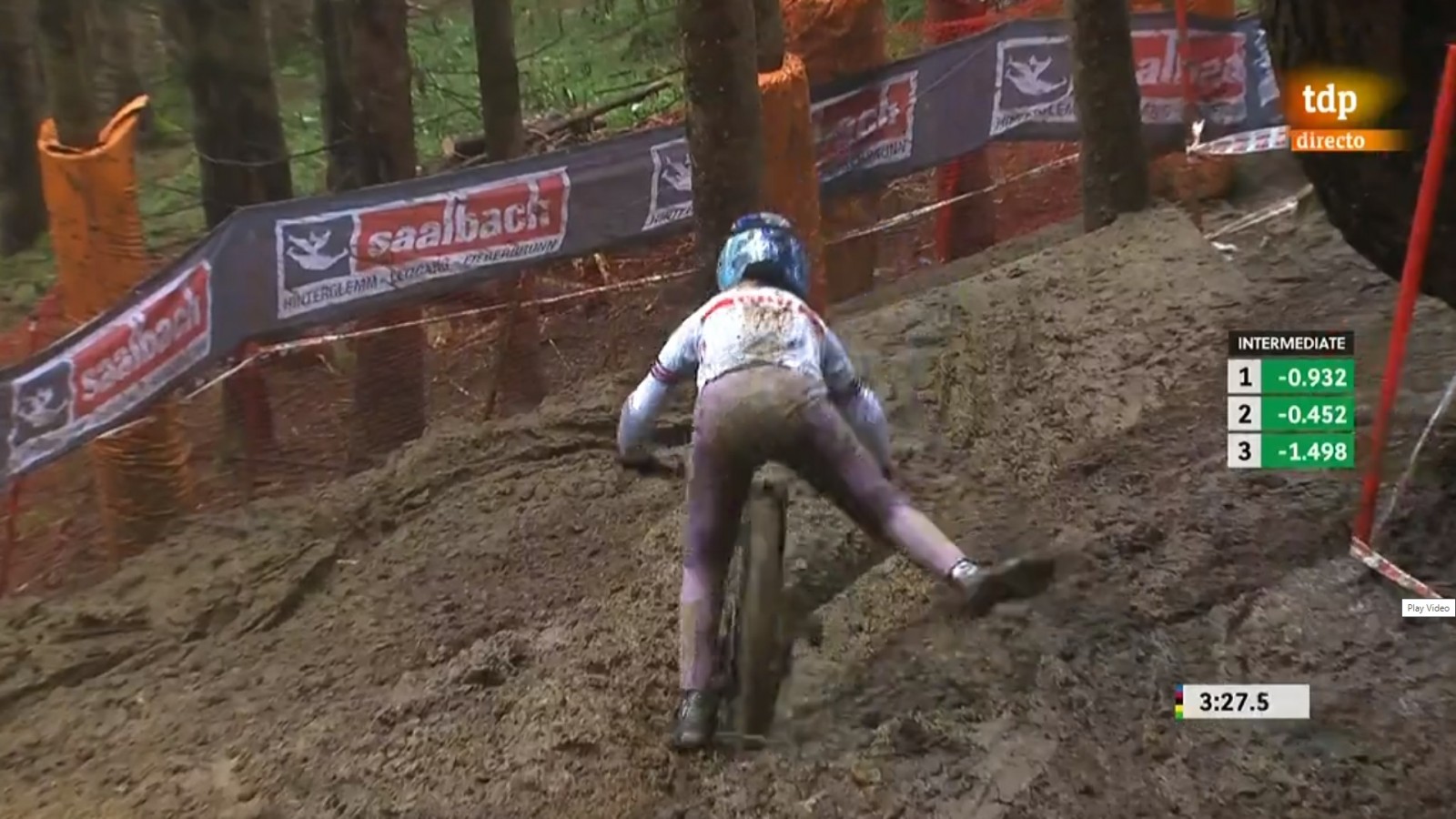 Camille Balanche gives Switzerland the gold it was missing

As we say, it was very clear that the balance between taking risks but keeping up was going to lead to the final victory. Because a fall meant at least half a minute between standing up, getting on the mountain bike and returning to the mud.

Only the final section of the fast track, with much more liquid mud, left the best images of flights and speed characteristic of the DH. 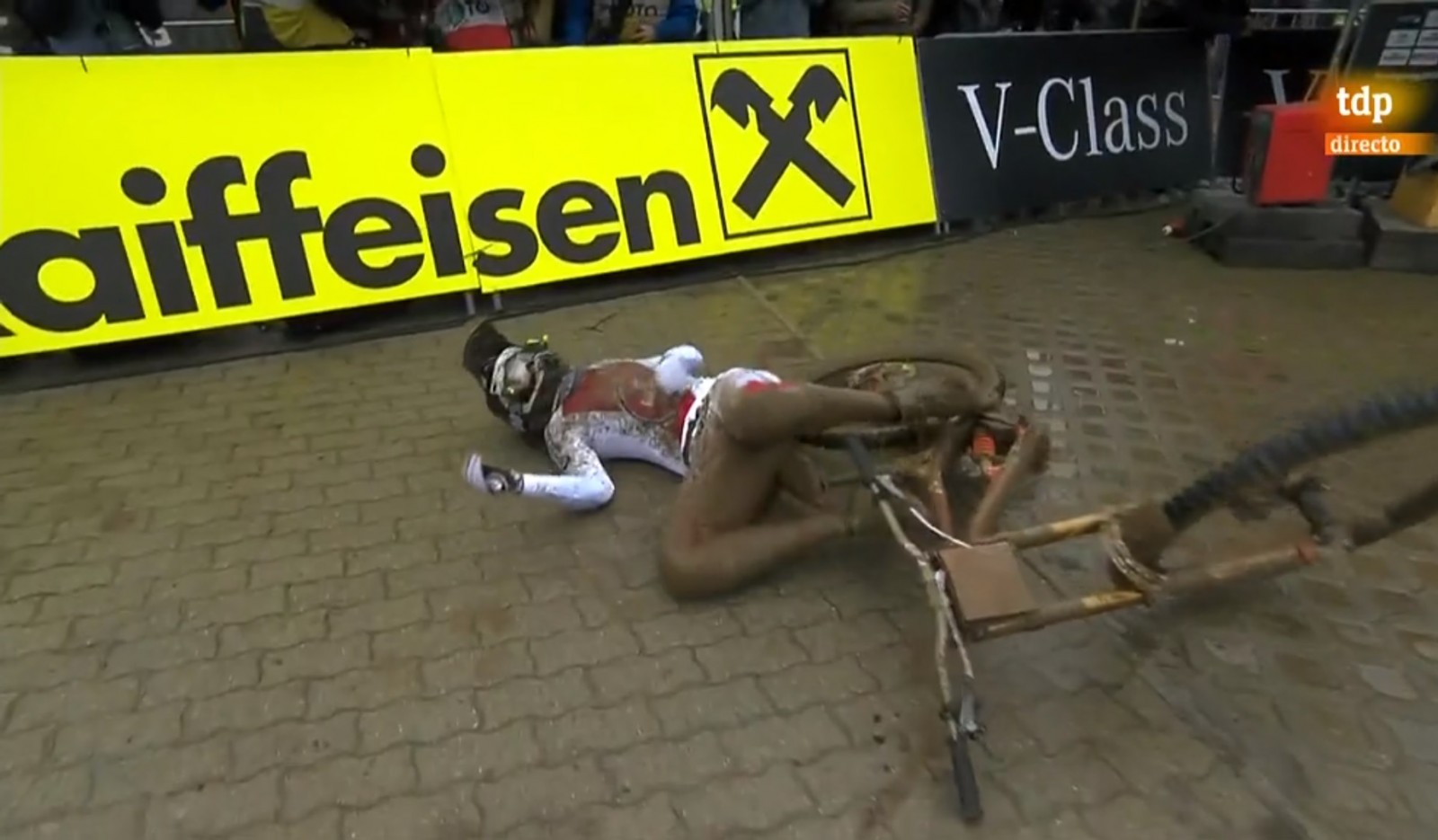 After Nicole, some favourites were falling for logical errors in the complicated Leogang route. This was the case, for example, with Seagrave. The British woman had two falls and was the first on the list of favourites to be left out. That was going to be a very unusual World Championships, you could see it coming. What could be missing from this 2020? A little bit of snow? No, because it appeared during the morning and it got worse when Sandra Rubesam was taking the start. The German was far from Nicole from the very beginning. Here it was not enough to go down at almost 50km per hour, as we say, to stay on your feet was even more important. 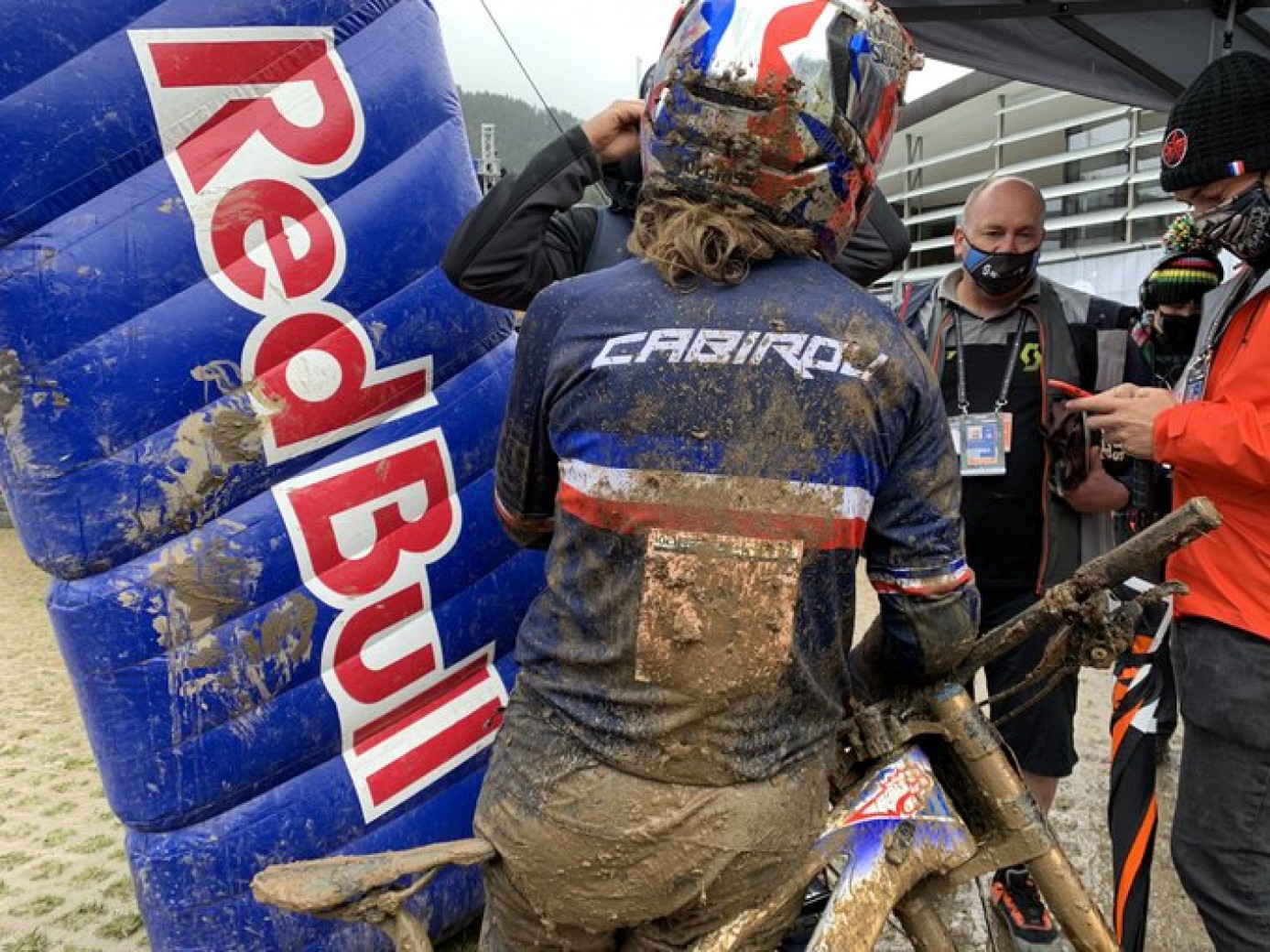 Monika Hrastnik came in second place, losing just 12 seconds to Nicole. We insisted once again: to manage to finish like this, close to Nicole, ensured a top 5 because your job was done, and the rest had to go down a route that gradually got uglier and uglier. Here it was not useful to go out later, because the more runners went down, the worse the tracks of this 2020 Leogang World Championship looked. 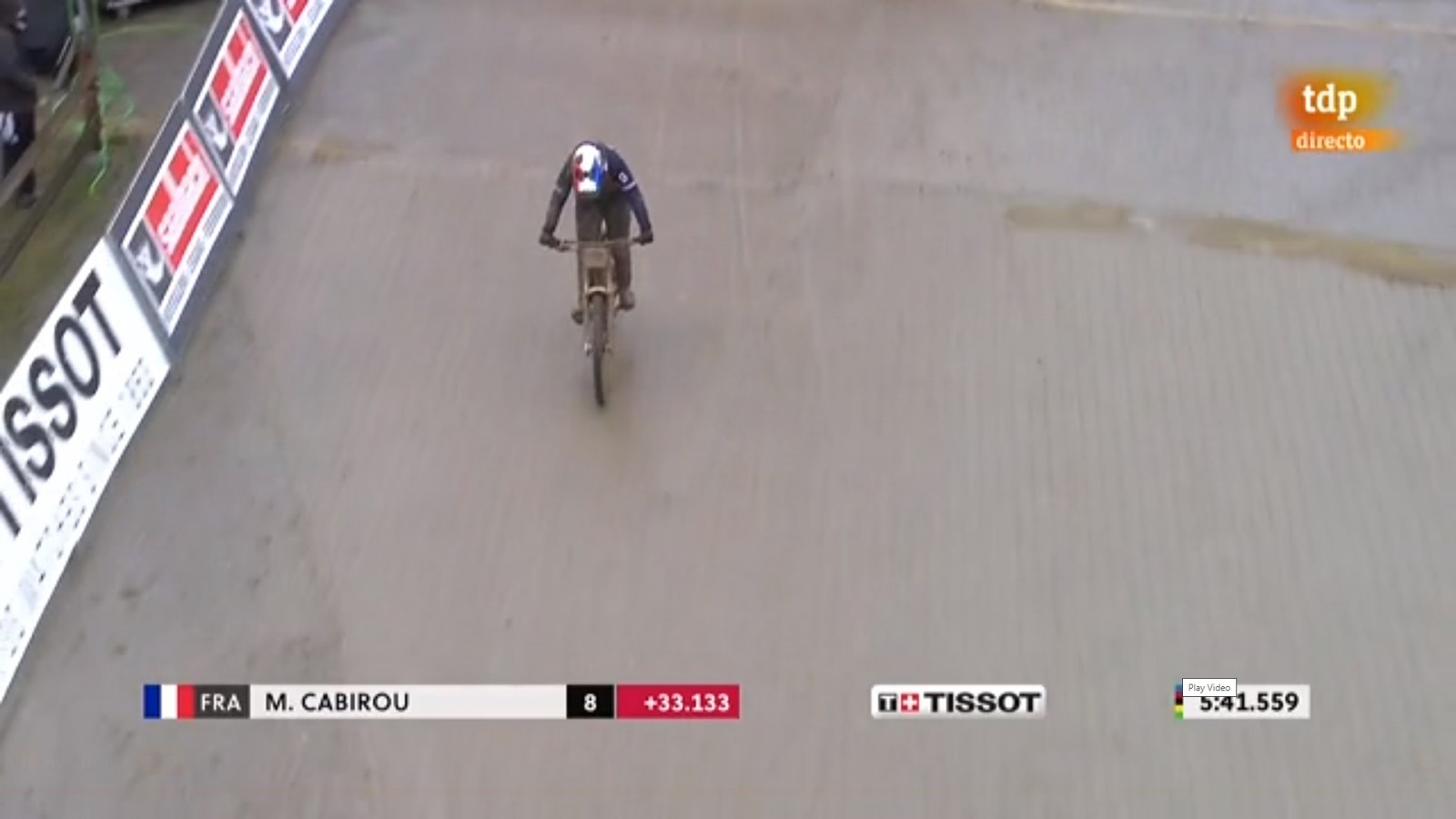 The World Championship was going to be decided by mistakes, by falls, and not so much by speed. One after another they were falling, with greater or lesser consequences. Eleonora Farina was going to the ground before the technical root zone. 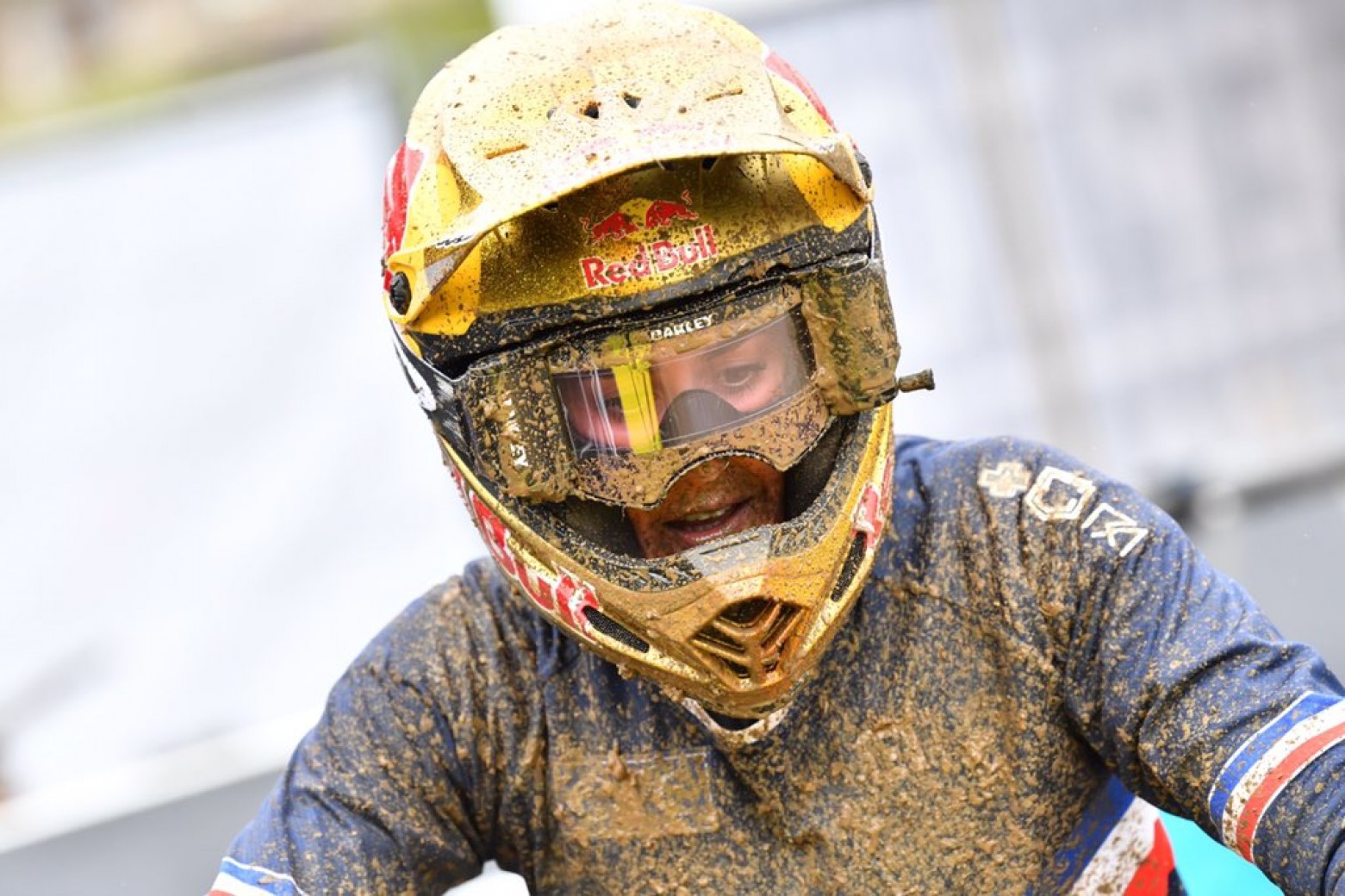 Camille Balanche, under more and more snow, at least maintained verticality throughout the entire downhill. This was enough for the Swiss to take first place for 3 seconds. She therefore recovered 10 seconds (she lost 7 in the last part) and smelled like a medal already. In view of this, even gold. There were only 2 women left to go down. 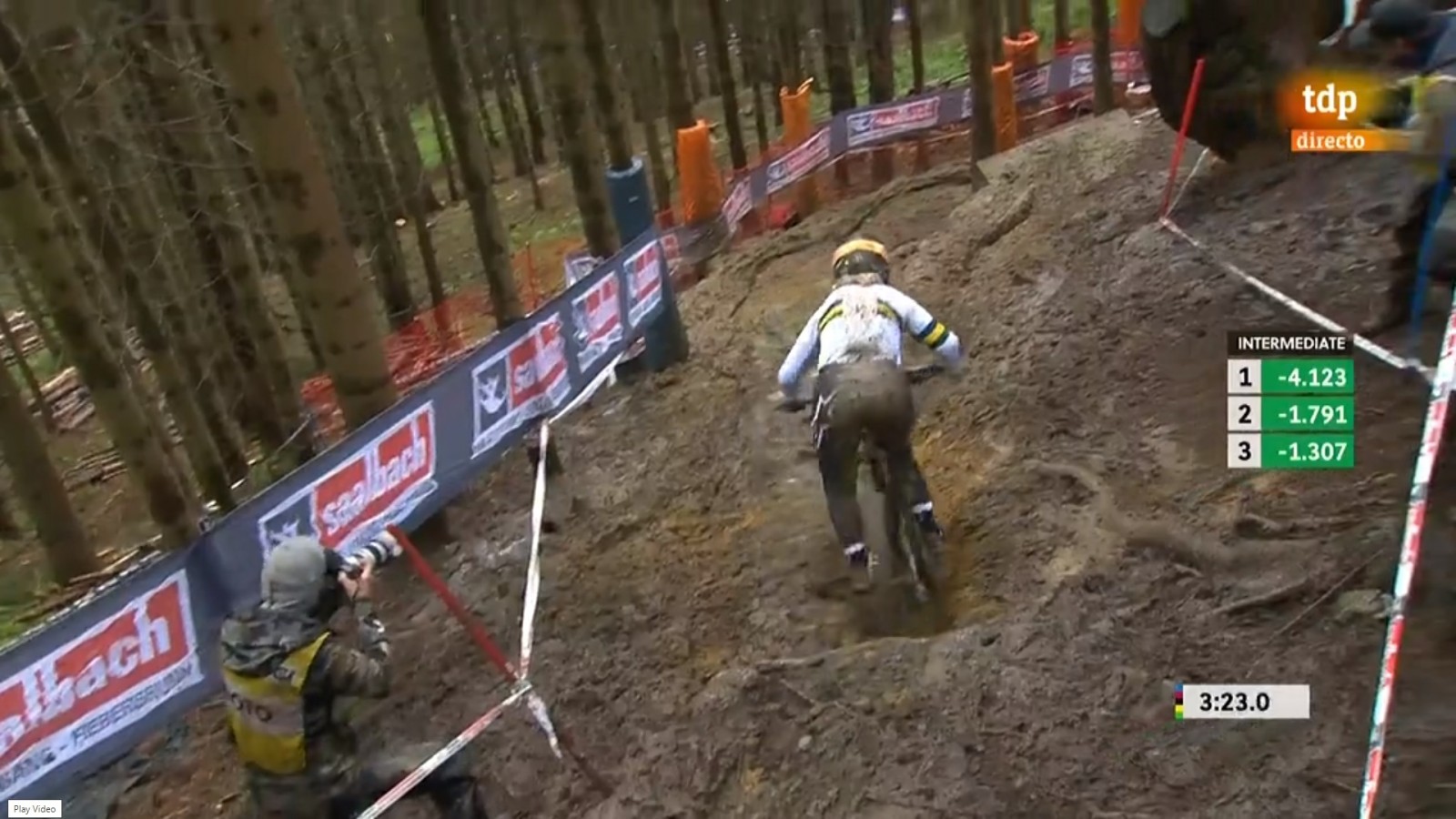 Marine Cabirou, bronze last year and number 2 in the international ranking, suffered a strong fall at the end of the first phase when she was setting the best time. In spite of that, she recovered quickly and risked a lot to be at the top. She didn't give up, but the effort to recover took its toll on the technical side. She fell again and with the fall her options were dissipated.

The Australian Tracey Hannah was the last to take the start and the only one who could take the gold from Balanche. In the first stretch she already made a difference, but very slightly. Any mistake meant an irretrievable setback. It happened in the root zone, it went to the ground, it recovered quickly but it lost some very valuable seconds. And the wear and tear to recover would play a trick on him again. He couldn't get up to speed and Balanche tasted gold. Besides, Hannah was running out of metal: fourth. 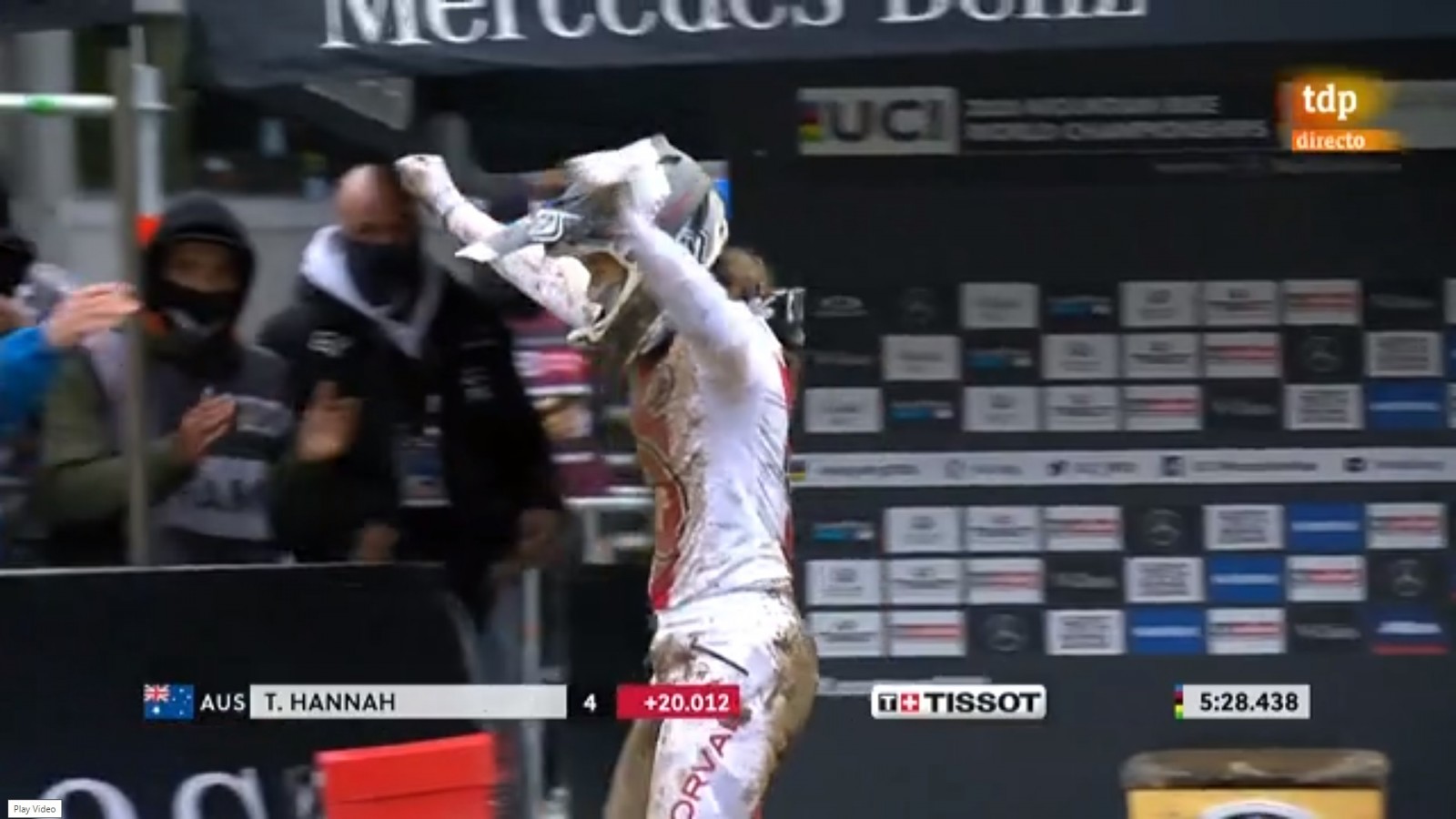 In the end, the great downhill, especially in the final part of Camile Balanche, was worth a rainbow jersey for a whole year. Tremendous result and spectacular race. The final classification was: