After Ulloa's surprise victory in the first Short Track, there was a great desire to see the favourites arrive at the first Nove Mesto World Cup 2020. A race in which everything happened and the Danish Simon Andreassen was the strongest in his first elite World Cup. 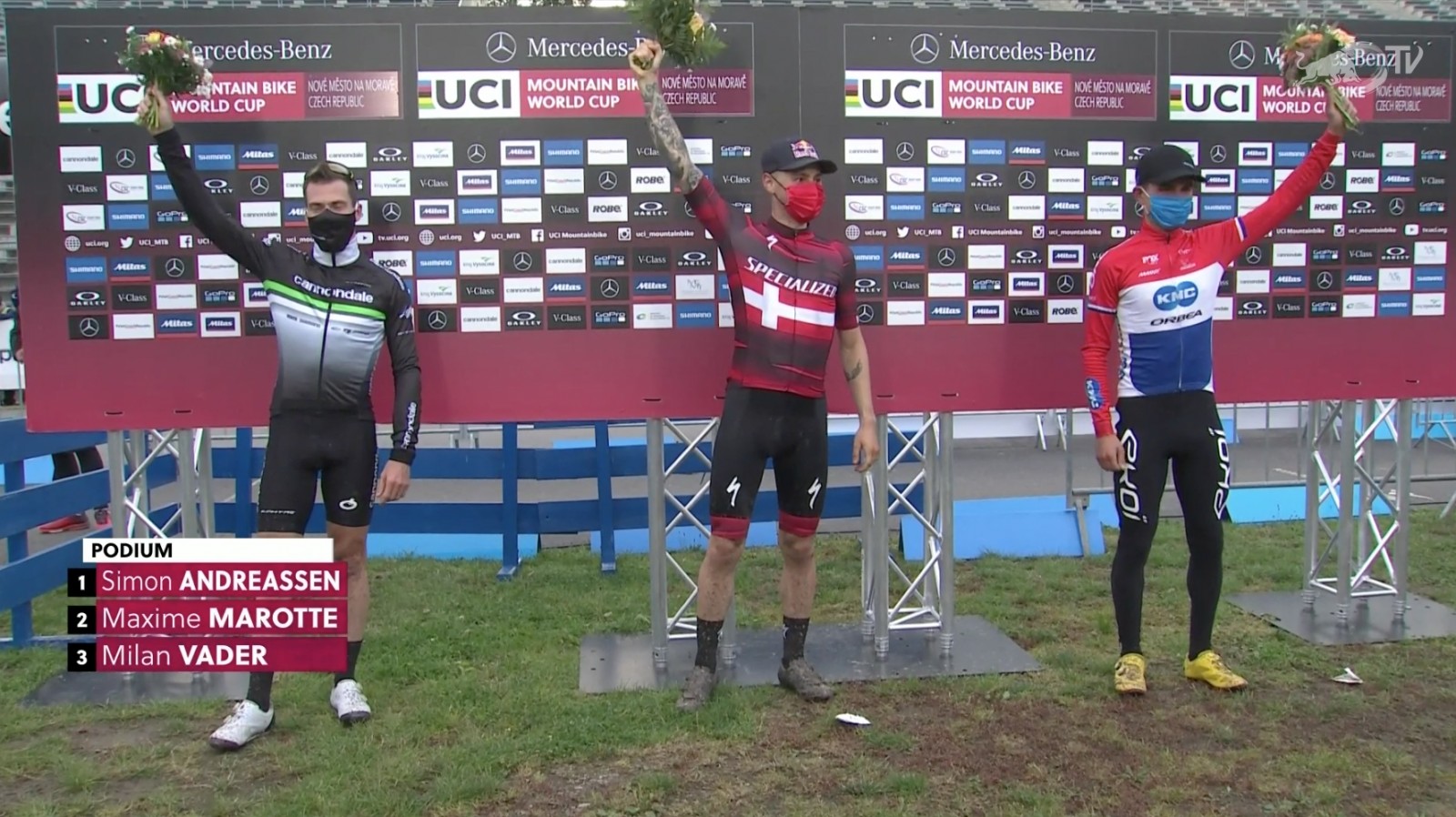 As expected, the start was fast and the group remained very numerous with Avancini, Ulloa, Schurter or Vlad Dascalu in the front line until it began to break up before the first downhill. 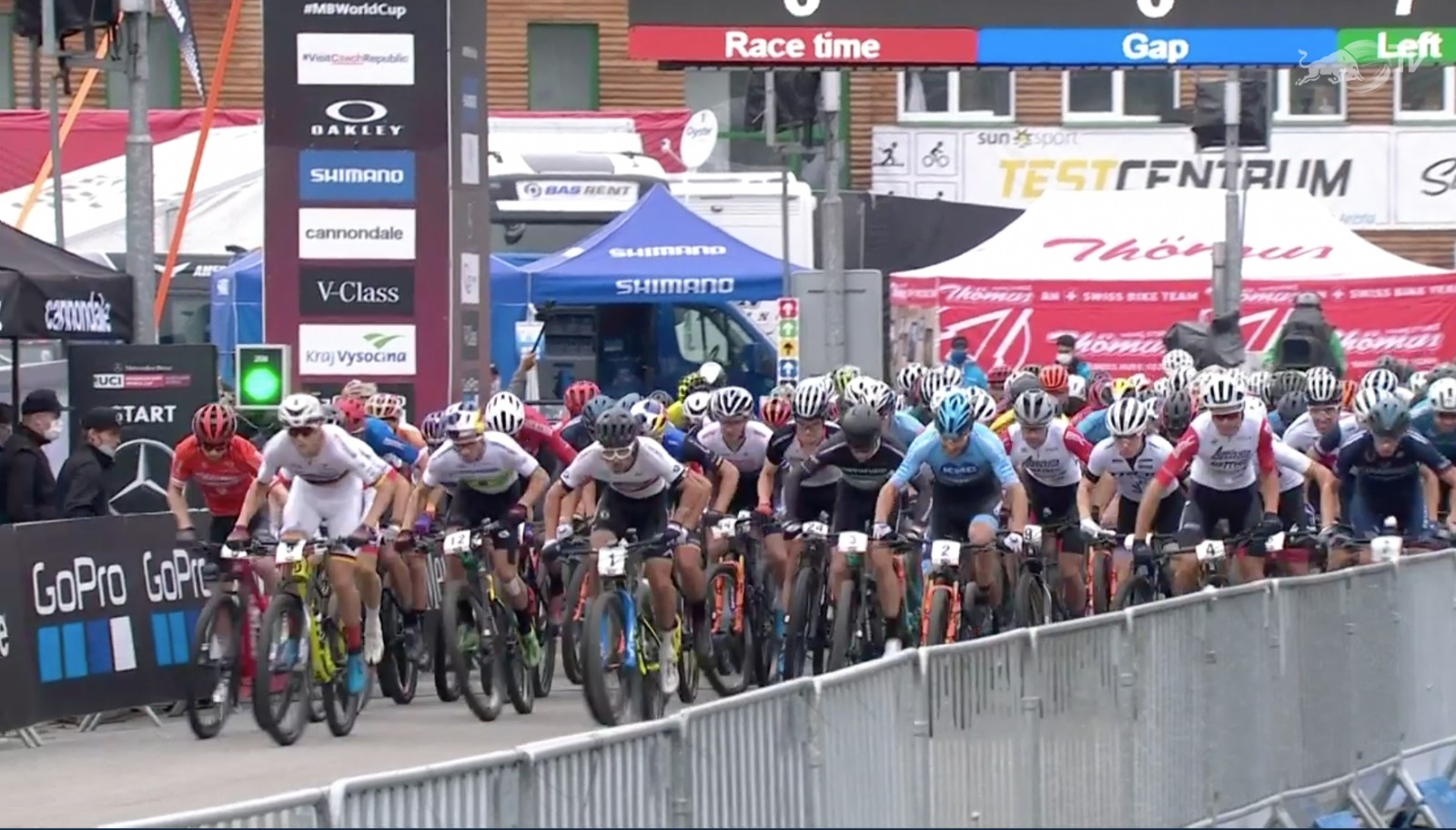 One of the first surprises was that Schurter stayed well behind during the opening lap as Avancini began to pick up the pace, but it was still too early to talk about significant differences.

At the beginning of lap 1 Avancini was in the lead followed by Filippo Colombo and Milan Vader, while Nino Schurter passed in the position 20 at 16 seconds behind. You have to see it to believe it. 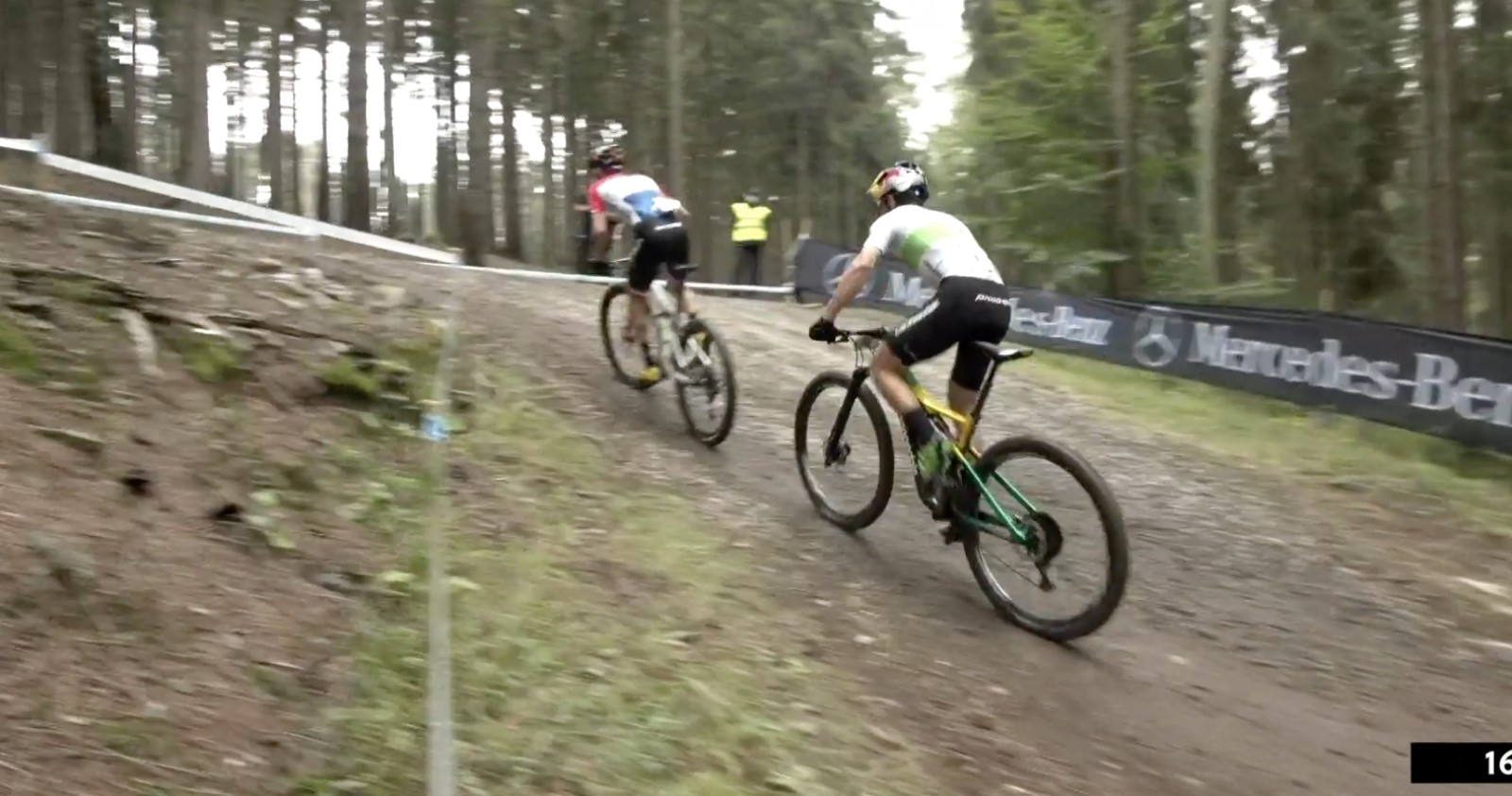 The Dutch champion Milan Vader took over from Avancini at the head of the race for some of the first lap and both of them managed to open up a gap with the chasing group led by Ondrej Cink, but soon a group of 8 cyclists was back together.

Avancini, Vader, Koreztky, Fluckiger and Ondrej Cink rode together and in the lead and were only able to open up small differences in technical areas that closed quickly. 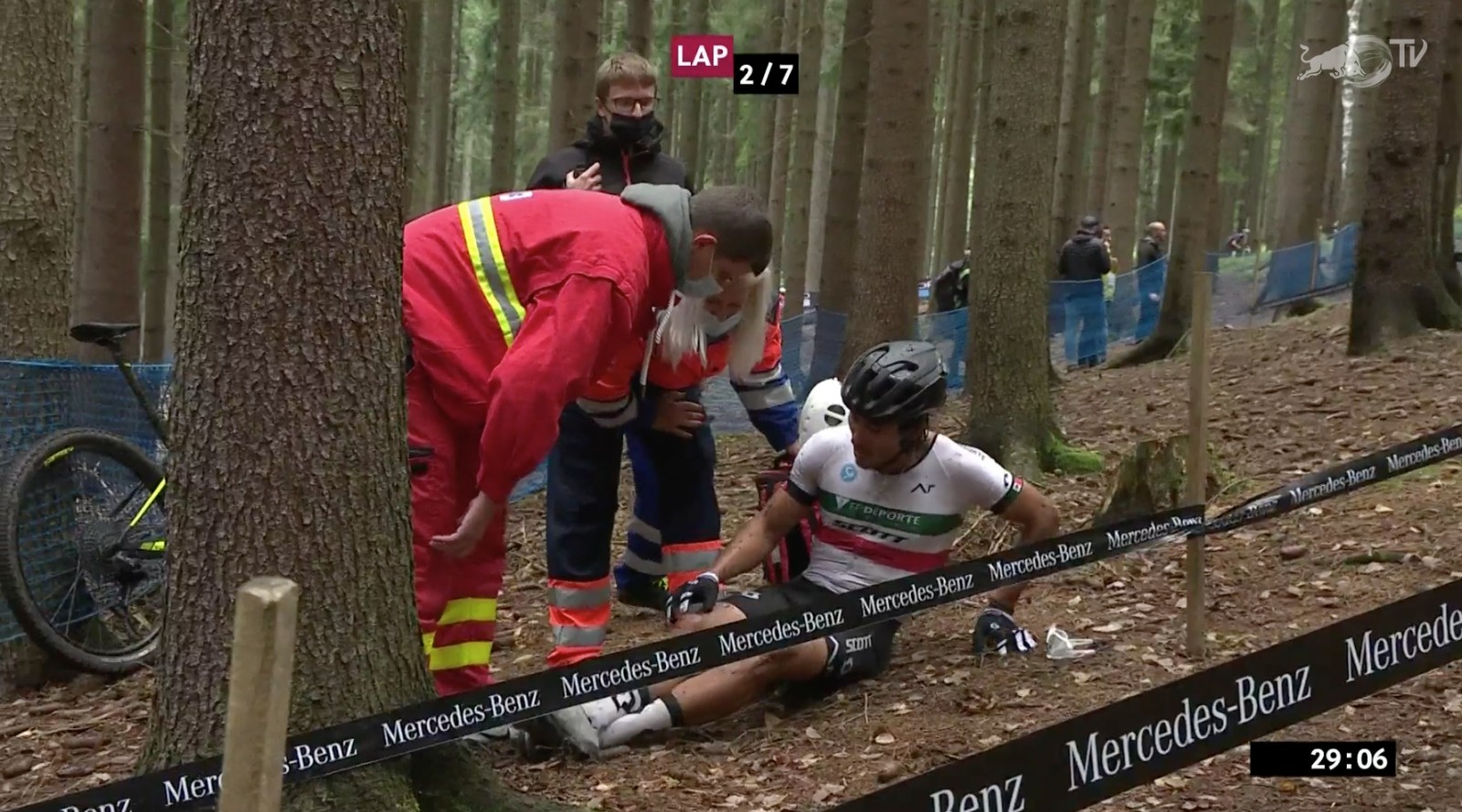 The worst part of this lap was for the Mexican Gerardo Ulloa who suffered a hard fall in a root zone and had to retire with a serious knee injury after his great performance in the Short Track. 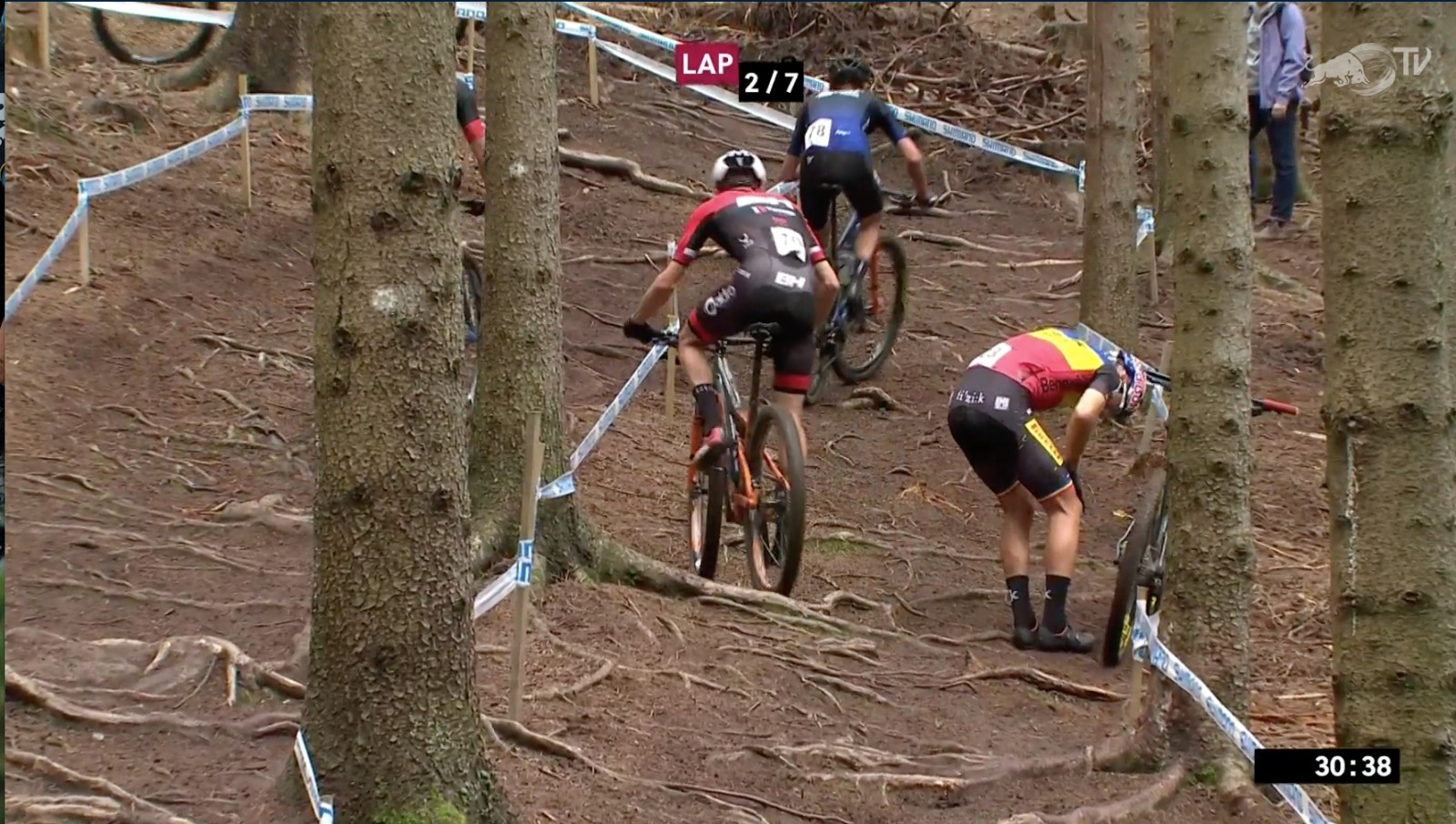 And Vlad Dascalu who suffered a knee injury when his foot came off the pedal during an uphill climb.

Lap 3 of 7 and at least five other cyclists, including Simon Andreassen and Maxime Marotte, managed to reach the leading group. Even so, Avancini and Flueckiger gave the impression of being the strongest in the leading group. 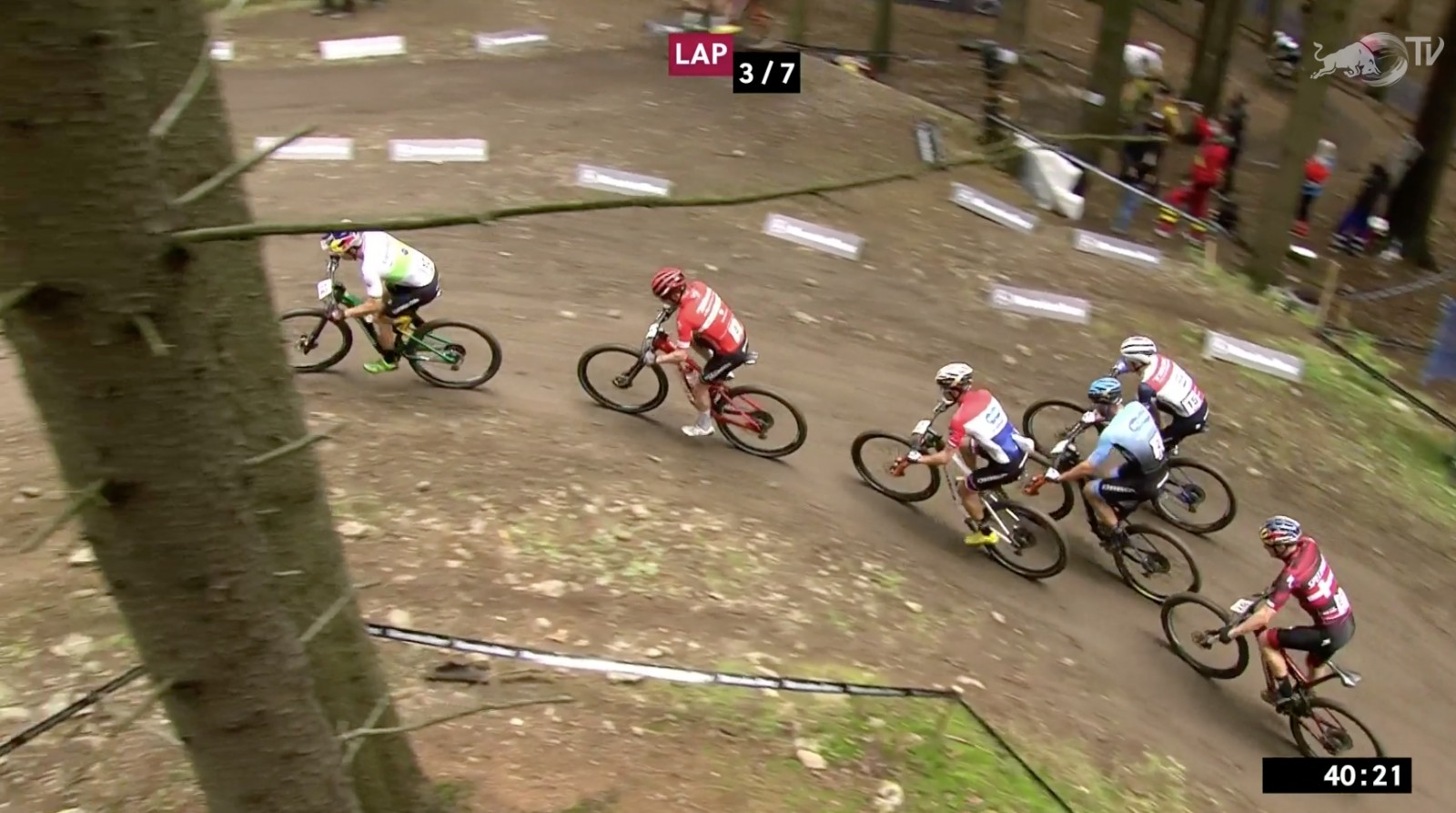 Lap 4 started with Avancini lagging behind after some mistakes uphill but the group was still very close and although Flueckiger tried to attack on some fast downhills no one suffered any major differences.

Far behind, Nino Schurter seemed to be resurrecting, but he was riding at position 13 at 46 seconds from the head. 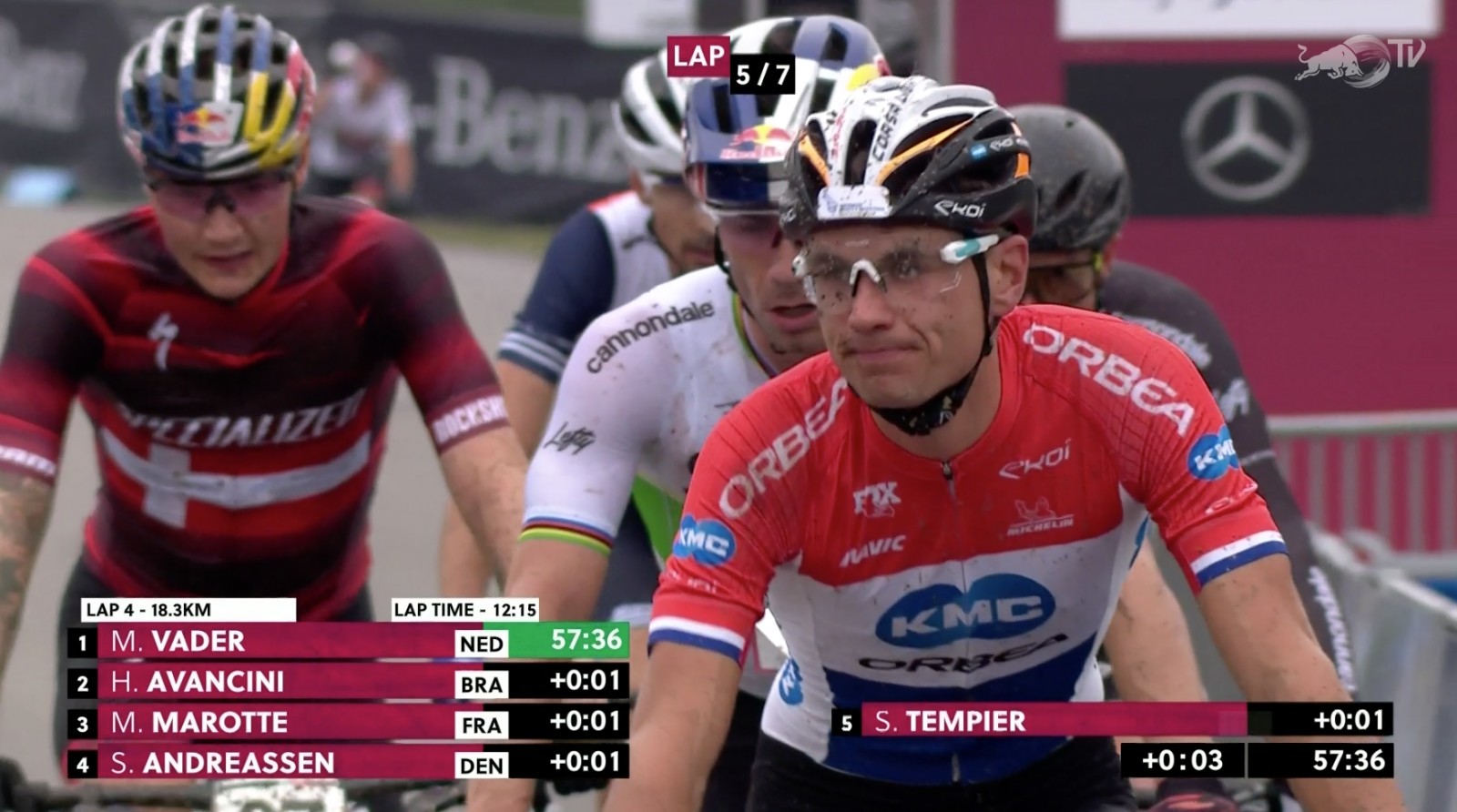 A mechanical problem also put Mathias Flueckiger out of action when he was riding too hard during an uphill, and lap 5 started with a group of 5 where everything indicated that the winner would come out. 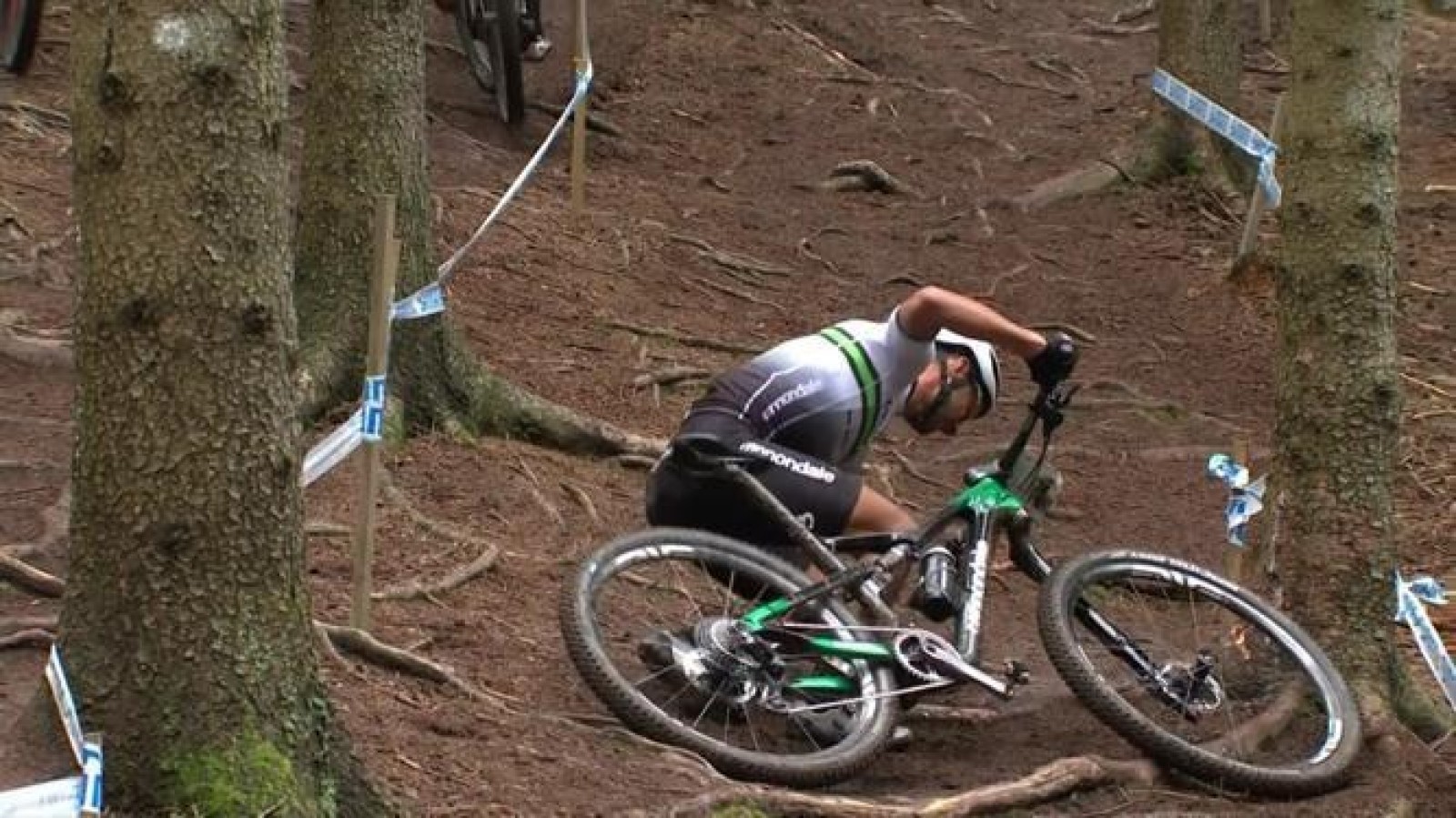 The wet roots continued to take their toll and this time it was Sergio Mantecón and Manuel Fumic who fell on the same climb. Fumic had to withdraw. 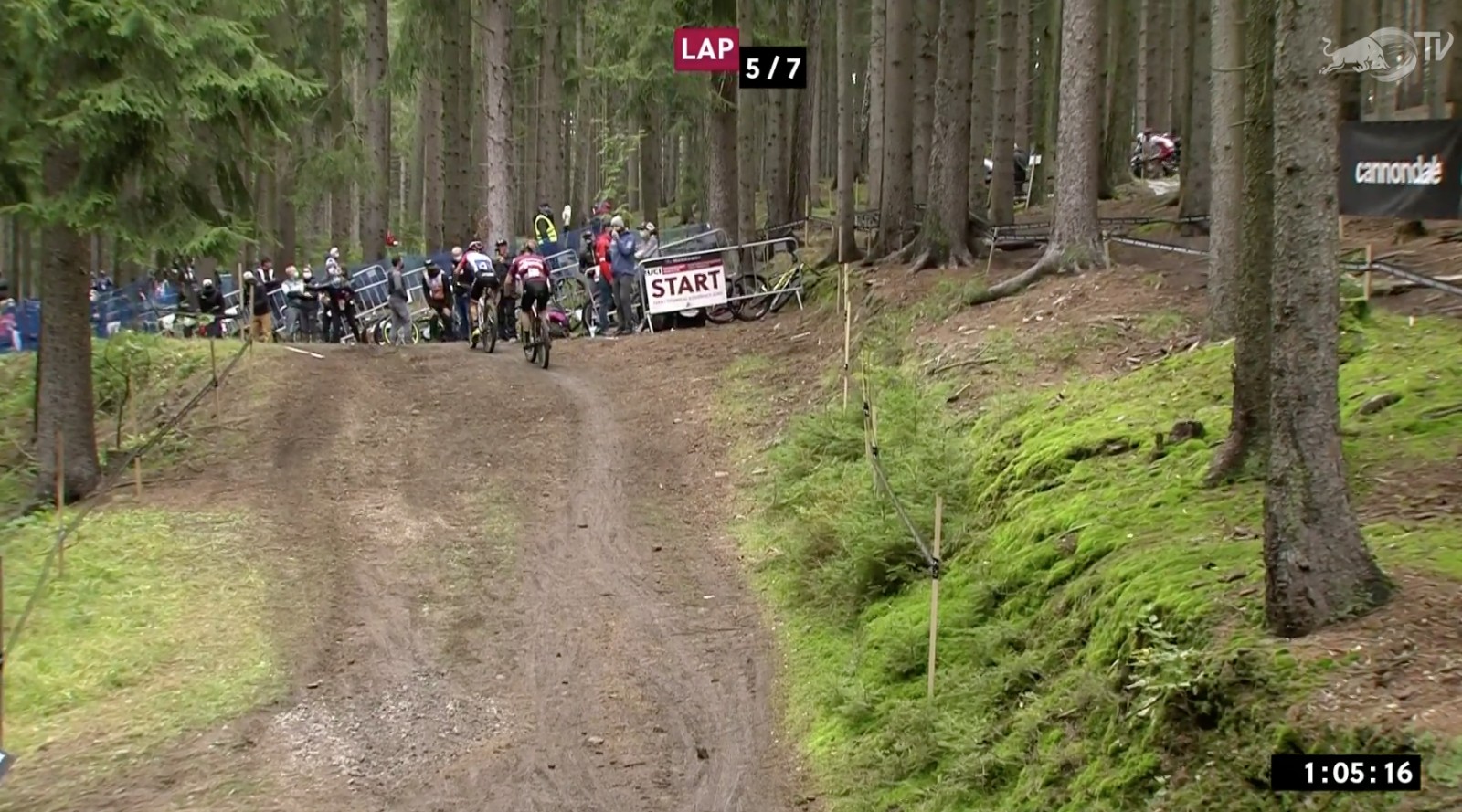 On the same downhill section where Flueckiger had tried before, Vader launched another attack, this time with a 12" lead, closely followed by Andreassen. 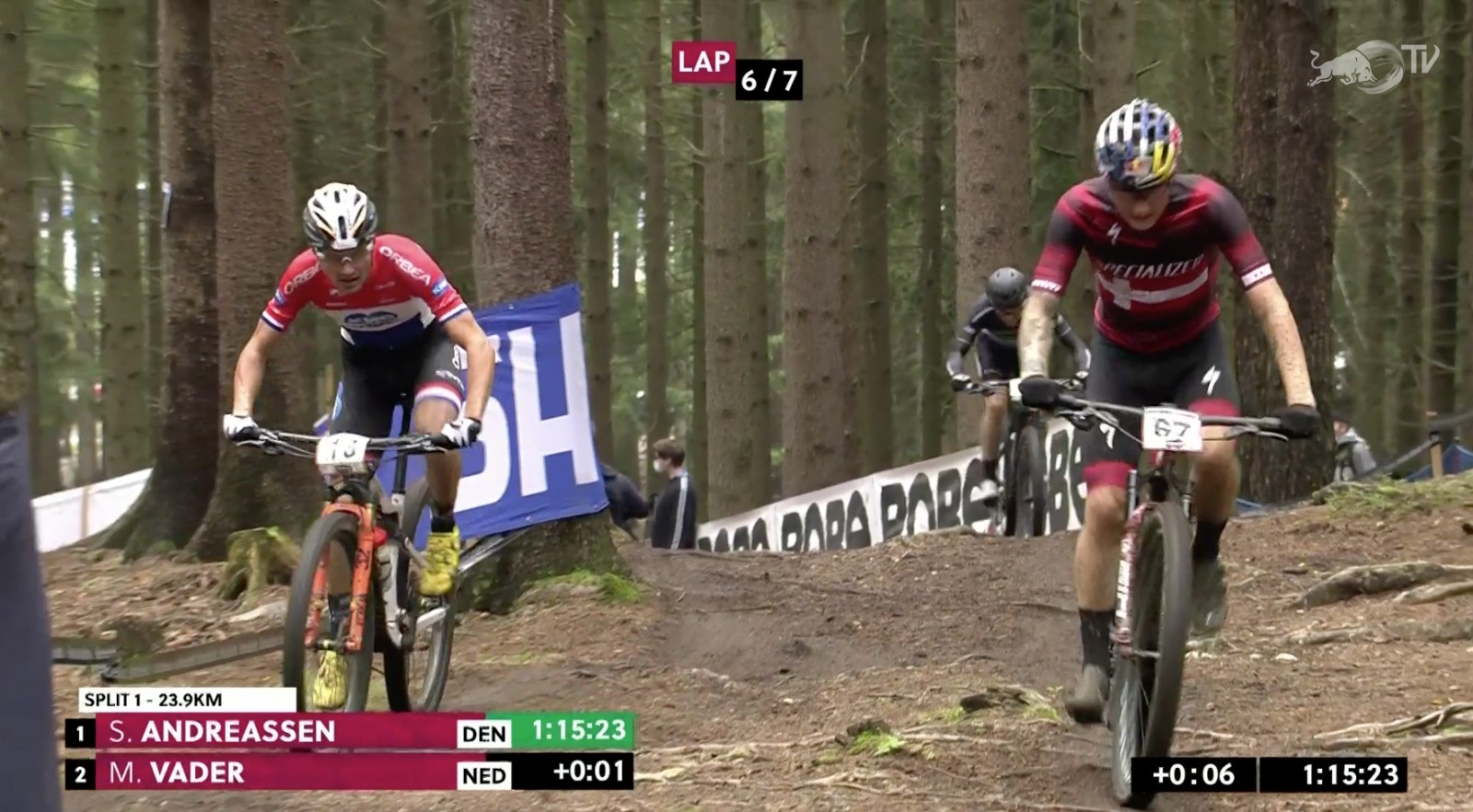 An advantage they lost by not understanding each other before the start of lap 6. With one lap to go, Milan Vader was still pulling the race, Simon Andreassen was still very close to the lead and with less than 4 seconds to go were Tempier and Marotte. 10 seconds away from the lead was Avancini. Nino Schurter increased the pace from behind to try to make one of the day's comebacks, but was still 36" away.

No doubt the day's save was taken by Milan Vader when in the middle of a downhill he lost his front wheel and was able to regain control without sacrificing time.

The warning bell for the last lap was rung when everything was still to be decided and Vader, Andreassen and Marotte were in the lead together. But just behind, less than half a minute away, everything was turning around with Schurter's arrival in the top 5 of the race, ahead of Avancini. 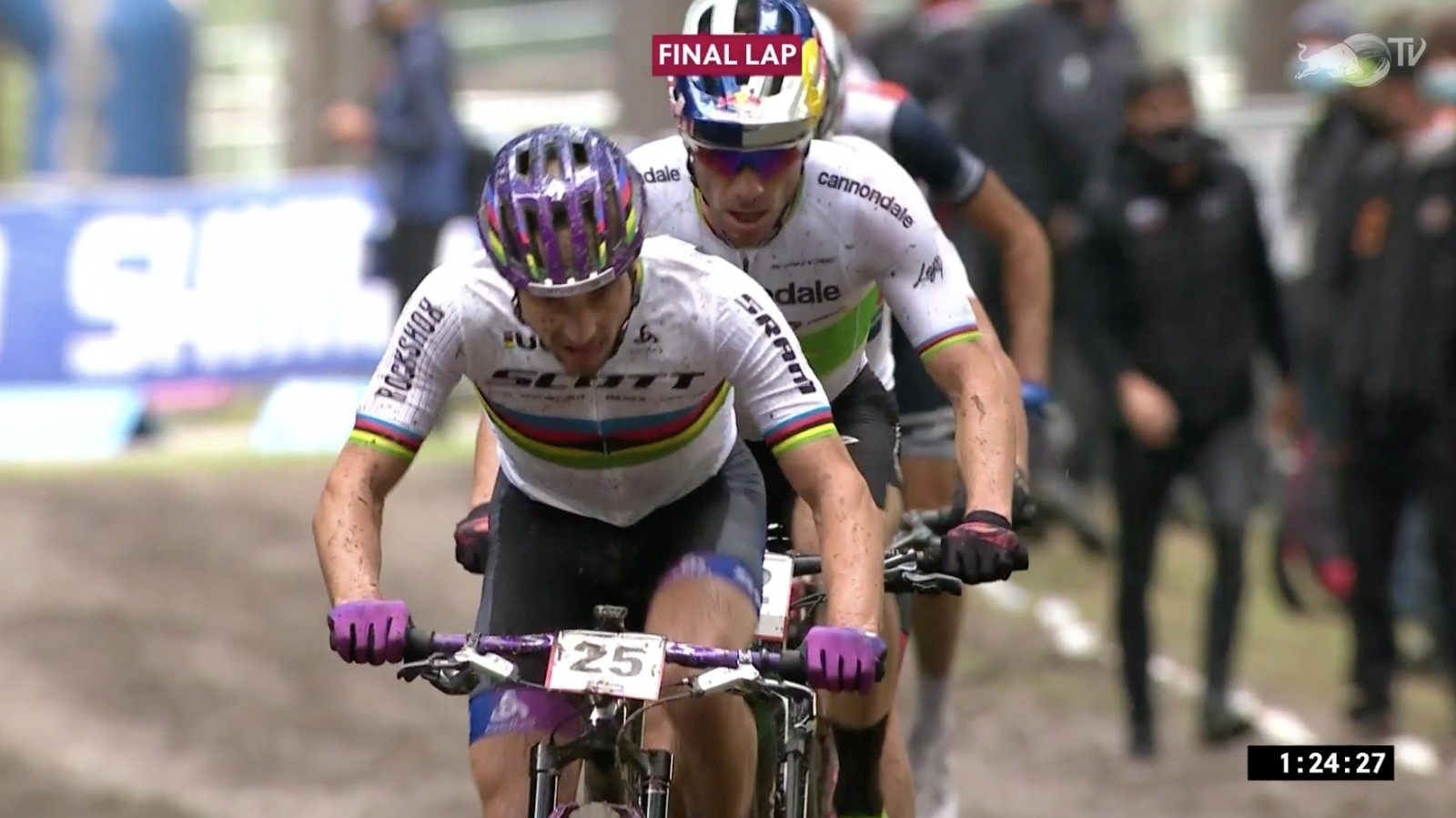 As predicted, the last lap was absolutely crazy and while at the front Marotte attacked and Andreassen responded, behind him Schurter kept up the pace and fought to try to get on the podium, something that seemed so far away just a few laps before.

First Marotte tried to attack in uphill and then Andreassen in downhill but the only one who stayed behind was Milan Vader who was already losing almost 10" to the leaders. 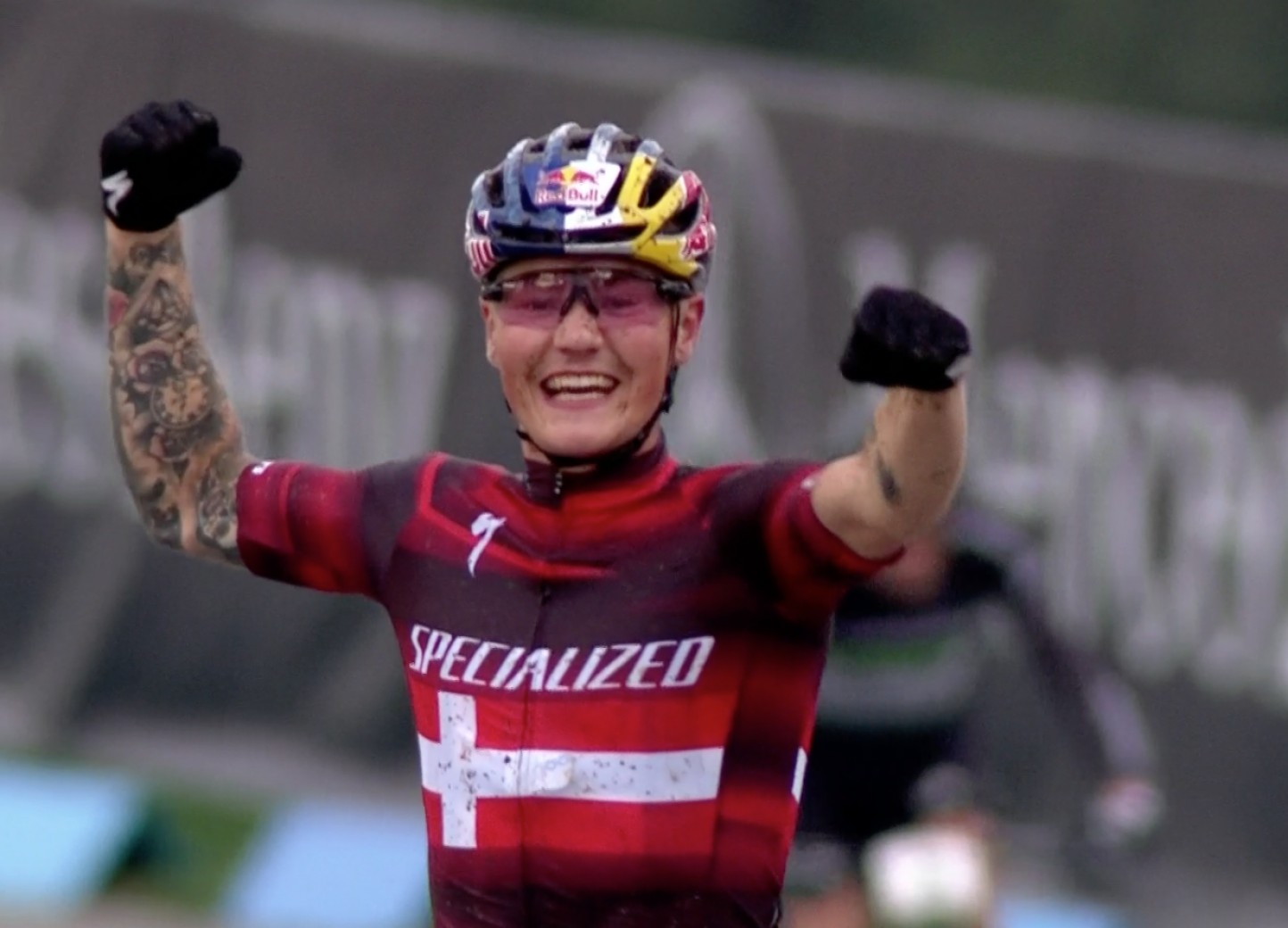 After a lot of trying, the young Danish Simon Andreassen was able to open up the gap needed to win the 2020 Nove Mesto World Cup. Second was Maxime Marotte and the podium was closed by Milan Vader.

Schurter and Avancini performed an intense sprint for the fourth position, which was taken by Schurter.