The Women's Short Track event kicked off the XCO World Cup of Les Gets 2019, a legendary circuit that first debuted in this competition and has done it in a big way. Kate Courtney has won after changing her strategy and launching a couple of attacks that no one could answer.

As she did in Vallnord 7 days ago, Jolanda Neff was the fastest to leave and take the lead position. Although the group remained compact, the head of the race was exchanged at the same time that Courtney and Jolanda Neff remained in the background, among the first 5.

At the start of lap 5 of 7, Kate Courtney was first, she rose the pace and the group began to stretch although large gaps did not open. But at the same point, at the start of lap 6, Courtney returned to attack and this time she left. 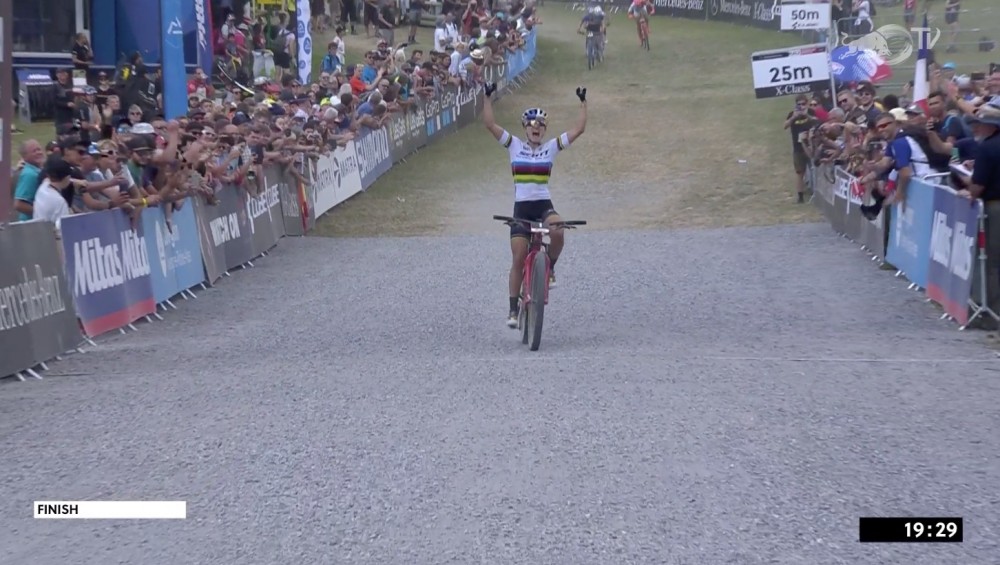 The German champion Brandau tried to close the hole opened by Courtney, and followed by Jolanda Neff and the French champion Ferrand Prevot.

The last lap was an agonizing hunt in which Kate Courtney fought for not being reached, and so it was. Nobody can with her. Kate Courtney won the Short Track in an undeniable way. 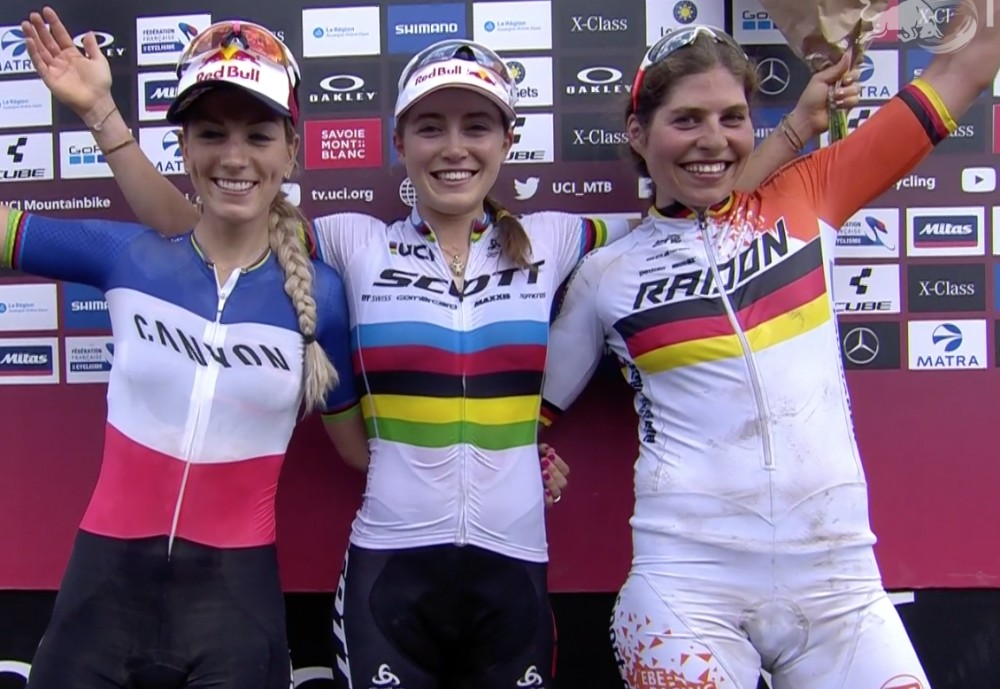 World Champion Kate Courtney changed the strategy with regard to Vallnord and did not wait for the last meters to attack. It went well and she was able to reach the finish line in the first place.

The South African biker from the Brújula Bike Racing Team entered in 24th position after a very fast Short Track.