What has the 2020 Vuelta a España left us so far and what remains to be seen?

Two weeks and twelve stages of the 2020 Vuelta a España have given a lot. This edition, strange but special, is providing many spectacular images and many quality cycling moments. We review everything that has happened so far and what remains ahead of us. 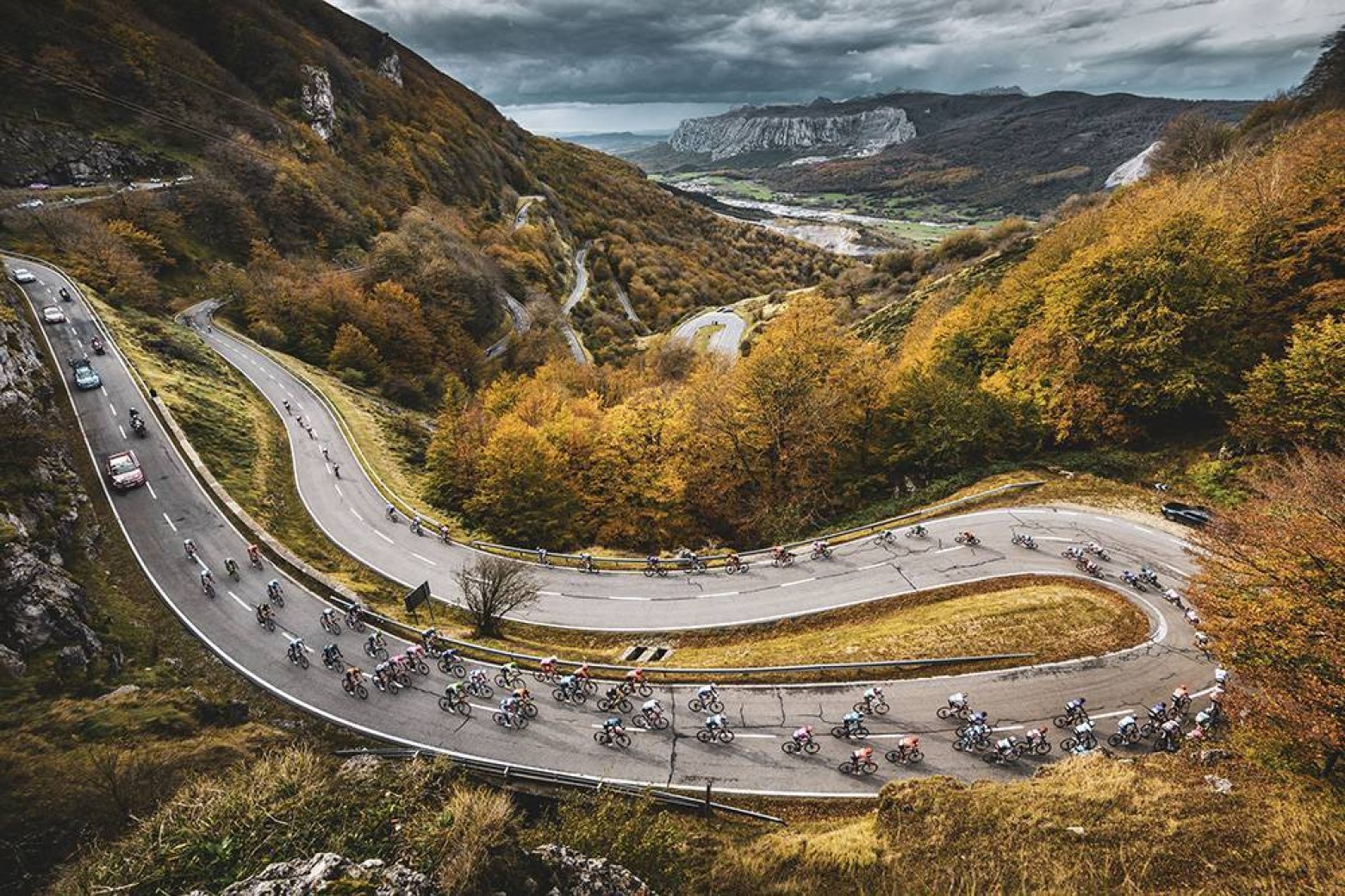 If you haven't been able to follow it, we'll update you; if you're up to date, we'll look back at the highlights of the two weeks of La Vuelta 2020. Because we are living an atypical race but not for that reason less spectacular. In fact, until now the level has been so incredible that the leadership was shared between two runners. Primoz Roglic actually started as the leader in this twelfth stage, but with the same time as Richard Carapaz. Slovenian and Colombian were showing themselves to be by far the strongest in the peloton. 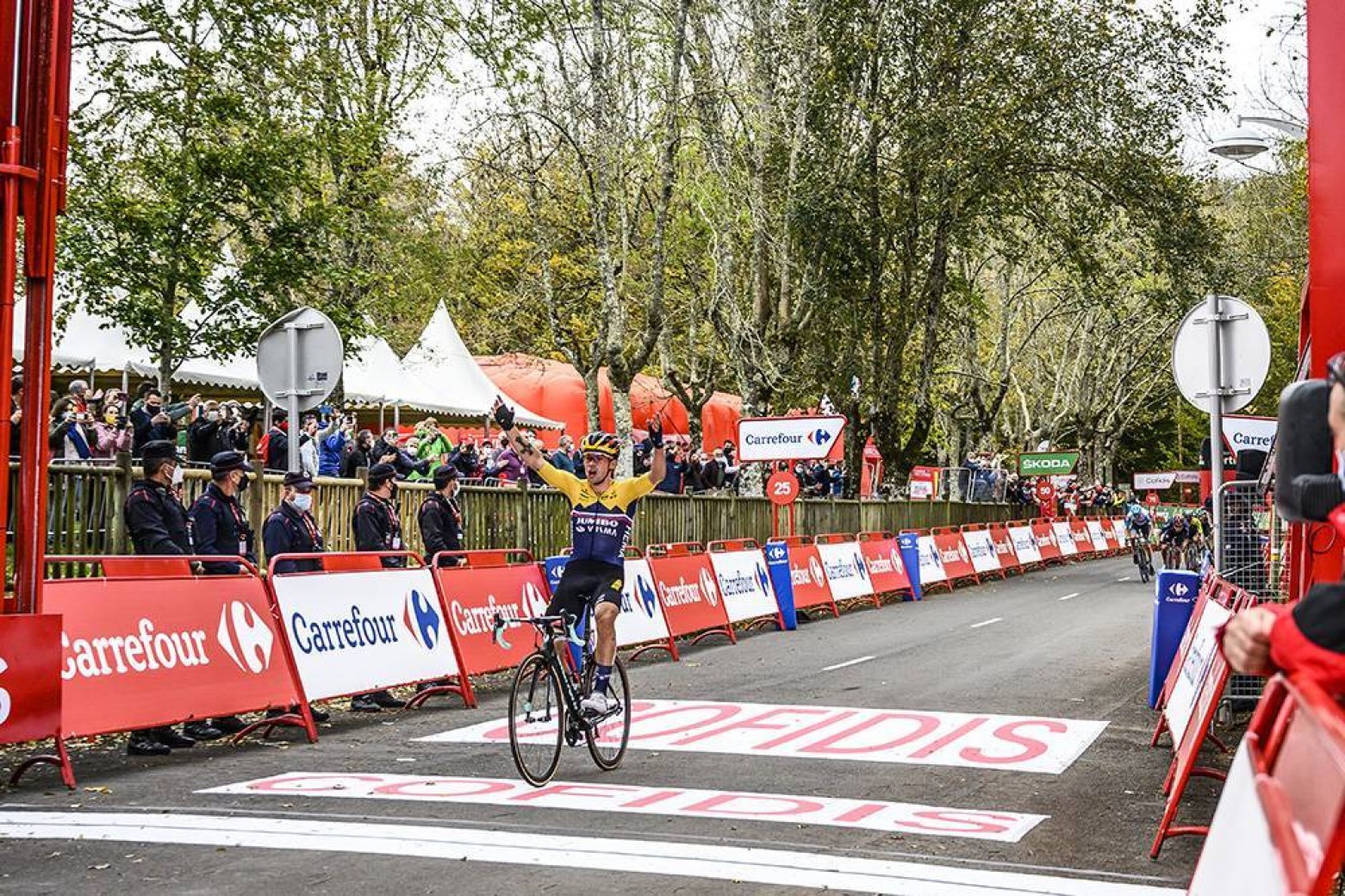 But this 2020 Vuelta has left images that are already part of history. For example, Marc Soler's first stage victory in a major race. The Movistar cyclist already had a great title, which was undoubtedly the Paris-Nice of 2018, but the Catalan lacked that great experience of taking a stage of the great three. He did it in a big way. 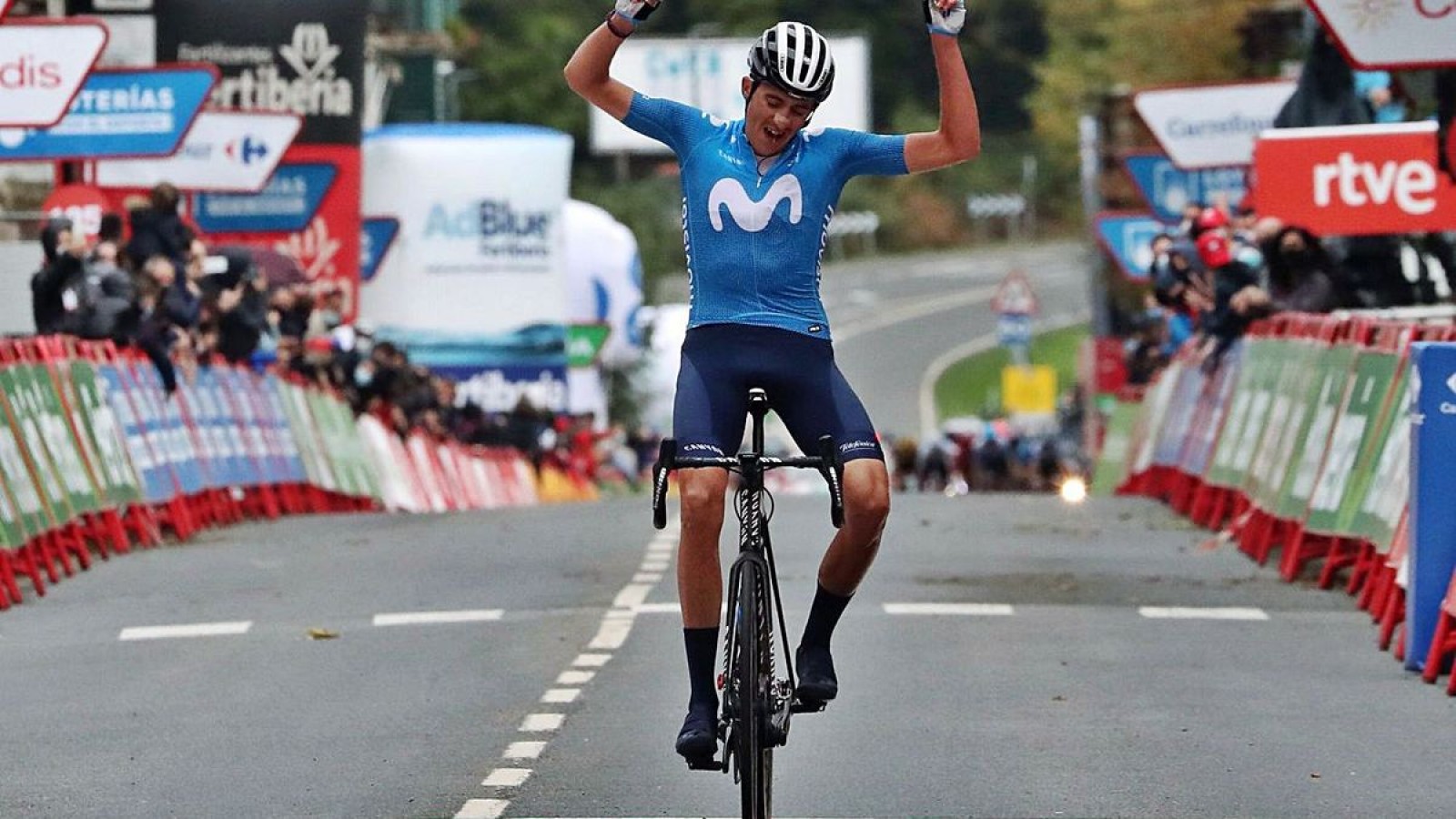 But also, there have been more complicated moments of analysis and understanding. Among them, the abandonment of Dumoulin. Although it is necessary to emphasize without a doubt the attempt of boycott that yesterday did the peloton, with the Team Ineos Grenadiers at the head. The complaints about the alterations that the stewards made in the previous days about the bonuses, made the start of stage 11 even in the air. In the end, everything went smoothly after the threat of a stoppage. 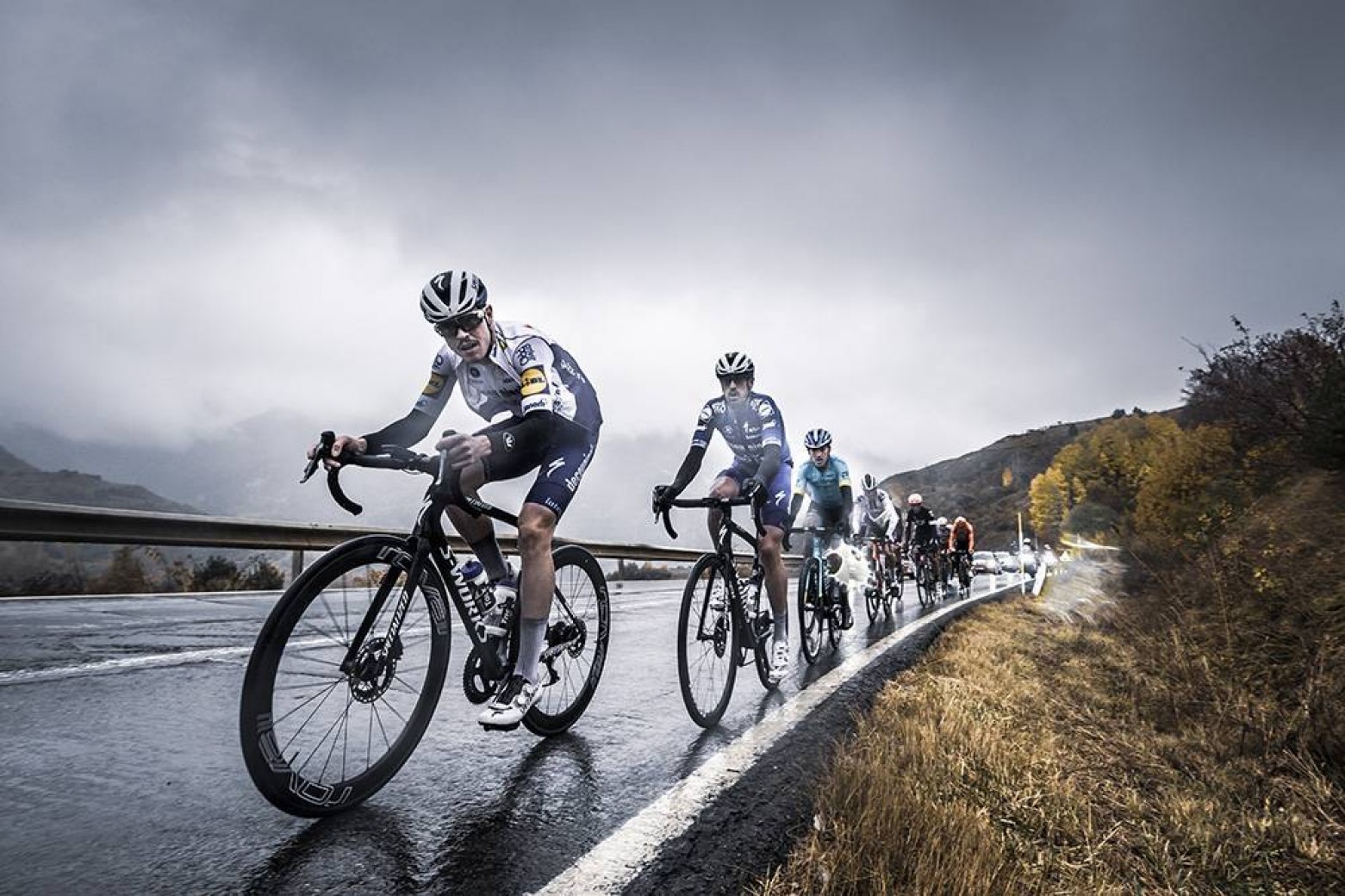 This controversy was born with a couple of cyclists who were the clear favourites to win the overall race of La Vuelta 2020: Roglic and Carapaz. Both with the same time. The Jumbo cyclist had won three stages but had not been able to get even a second ahead of his main rival. Something that many predicted could lead to something similar to the 2020 Tour de France, in which Roglic lost the general classification in the last time trial in favour of his compatriot, Tadej Pogacar, after not being dropped in the previous mountain stage. 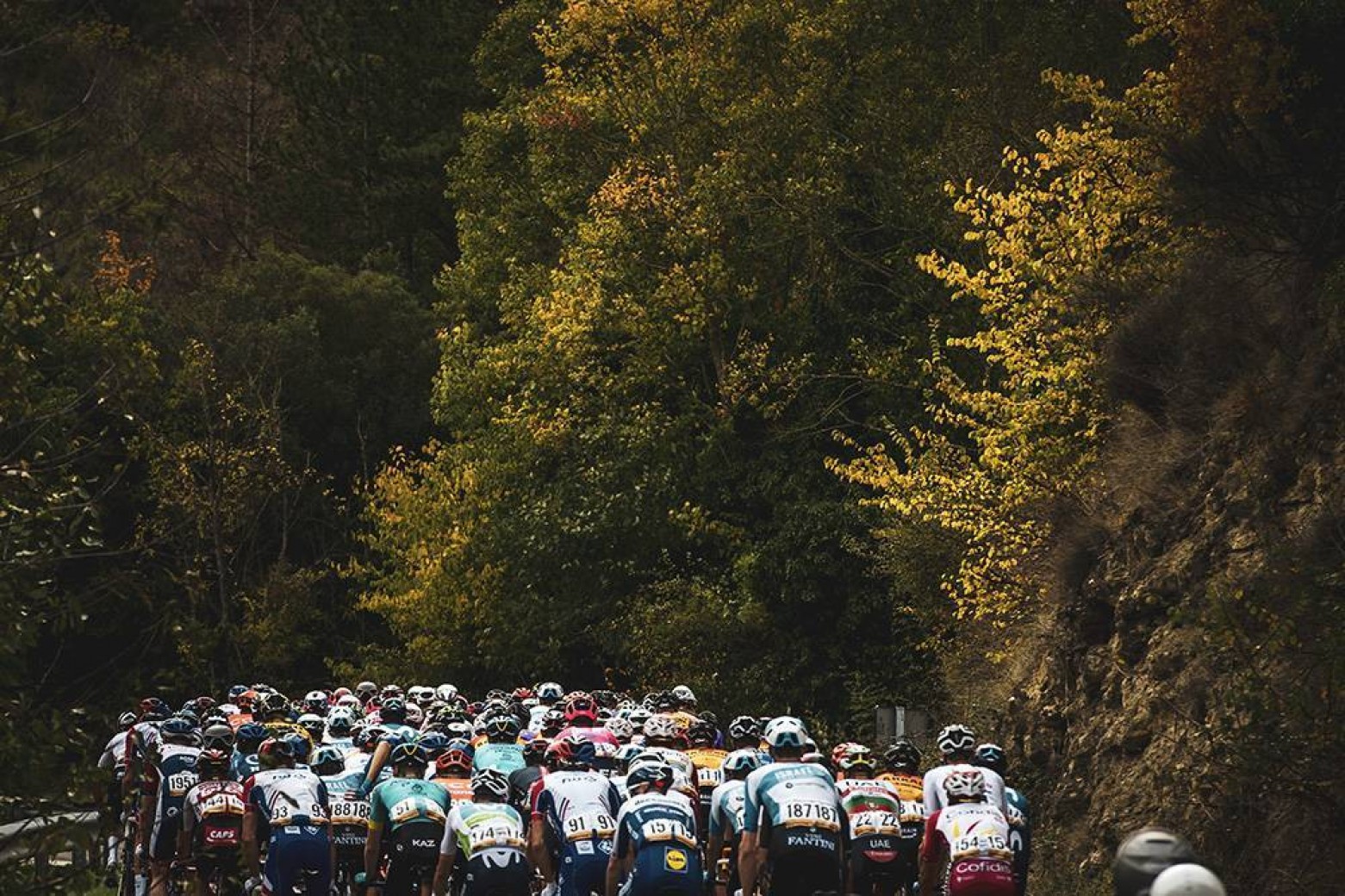 On the other side, Carapaz who went to the Tour de France as support for Egan Bernal, a Bernal who retired after showing that he was out of shape. From that moment on, Carapaz was able to perform without the pressure of riding at the service of his leader.

Here we are: stage 12, 10 kilometres to the finish. Angliru. All said.

The mythical Asturian port, which saw Alberto Contador's last burst of gunfire before his farewell, was coming up and with 3 kilometres to go the favourites were still together in the leading group. It is true that a suffering and helpless Carapaz, facing an impassive Roglic and with two squires imposing a hellish pace. Everything seemed to be a written script: Jumbo pulling for Roglic to break up shortly after the end. But Enric Mas was hanging as a deception, and attacked breaking the group and the race. Well done! 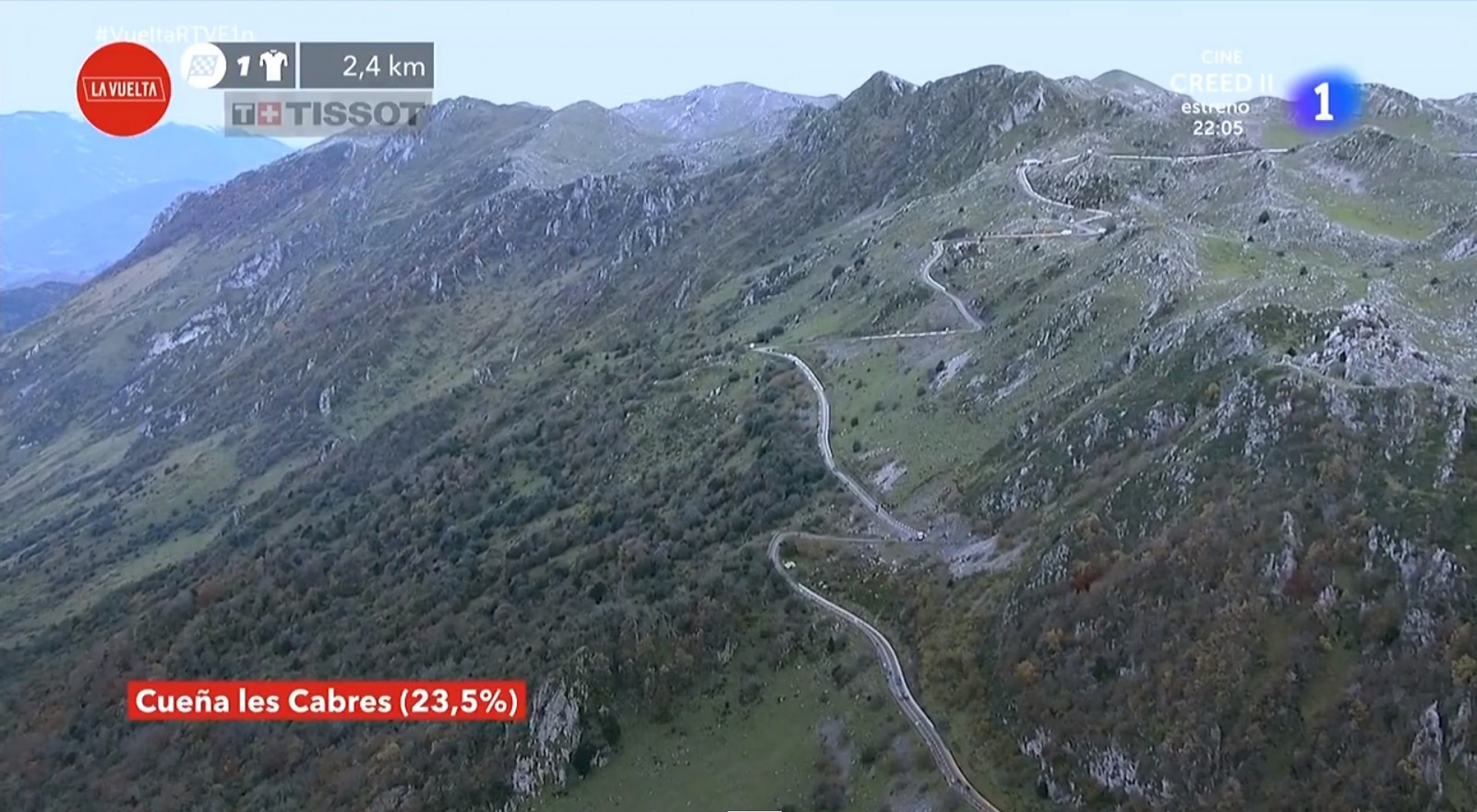 With 23.5% and Mas in the lead but without opening a gap, Roglic and Carapaz played dog and cat. Until the Ecuadorian saw that Roglic was not doing well at all, and he put in one less sprocket. Then it was Roglic who was getting hooked on his wheel. But he couldn't handle his second attack. Carapaz joined Mas and pulled with his teeth clenched, he was playing his chances in La Vuelta 2020. But in that pair a third emerged: Hugh Carthy.

The Education First rider attacked 1 kilometre from the finish line to win a legendary stage. It is a tremendous Vuelta for Carthy, who is in the lead and will be fighting for the podium in the last week. Carapaz was in the lead, but time seems short. Roglic lost the red with the intention of recovering those 10 seconds on Tuesday. 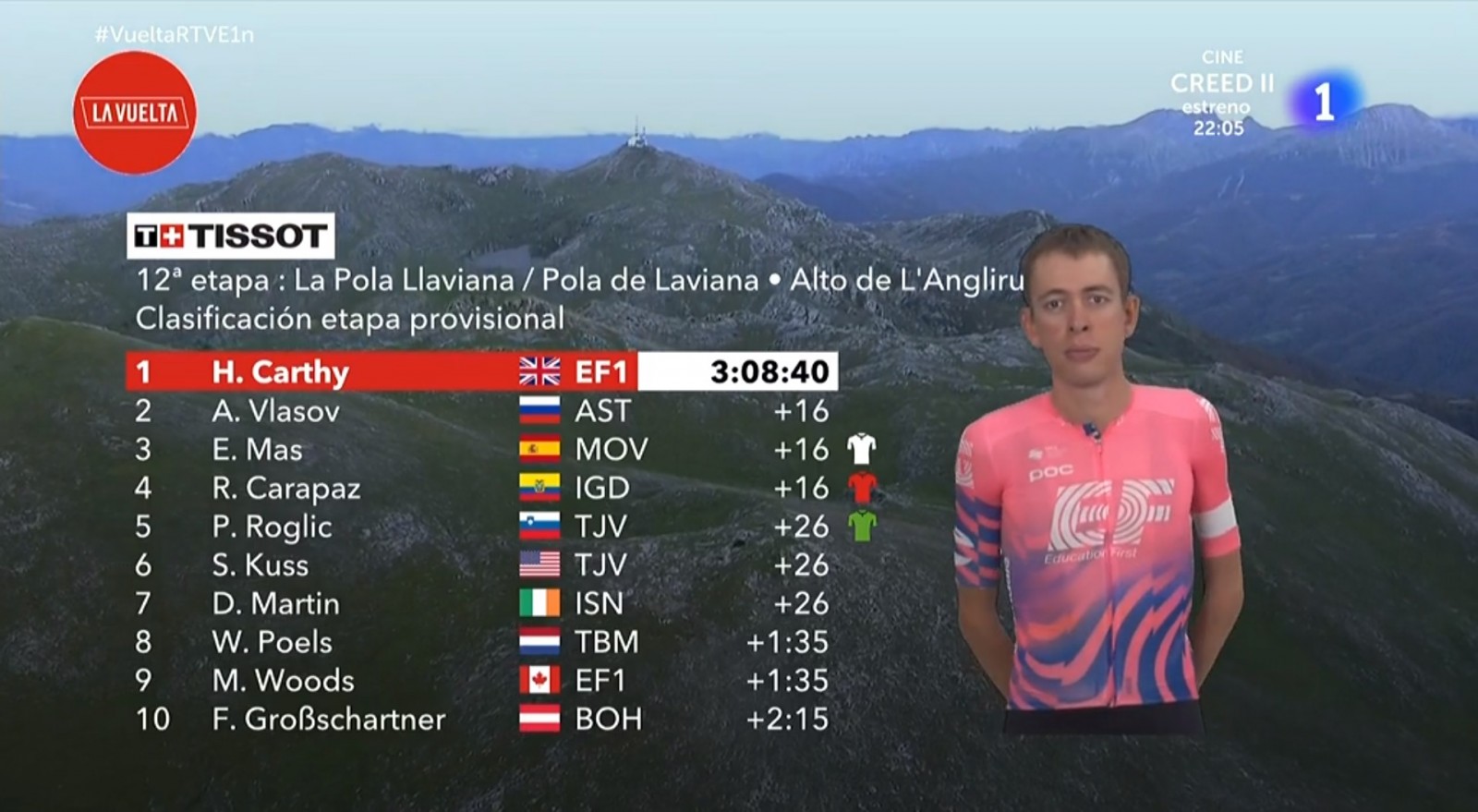 From here on, what is left? Well, not everything has been said. Now, a well-deserved Monday off. And from here, the last week, which will decide the winner of this 2020 Vuelta.

On Tuesday November 3rd, an individual time trial of 34 kilometres will be held in Roglic's favour. The Slovenian will try to position himself well, because after this time, 3 days not to relax but in which the team work will be fundamental. Three days of leg-breaking stages that are the prelude to the last battle: stage 18. 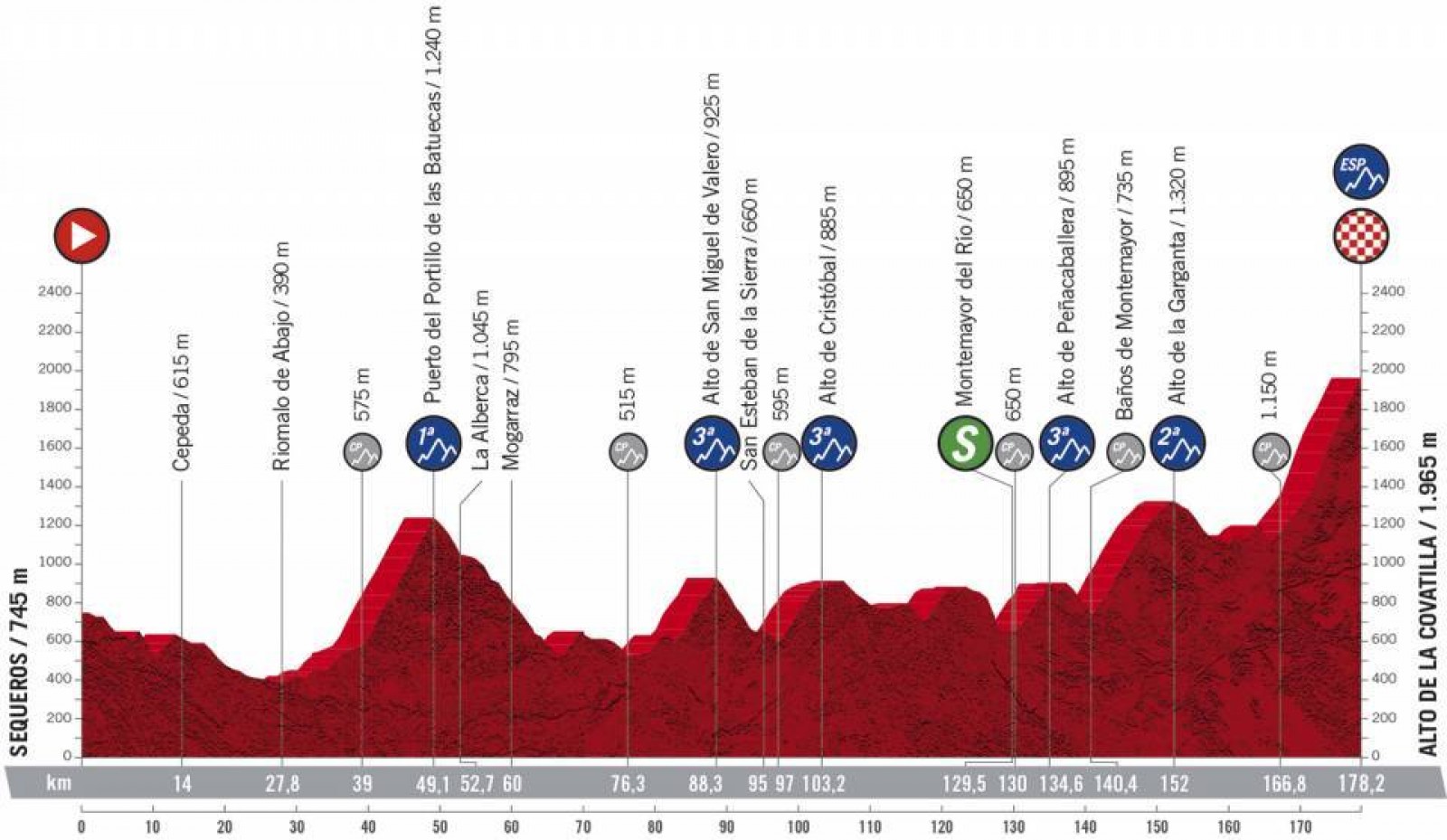 That stage 18 closes with another mythical port, special category in La Covatilla to finally decide the winner of the 2020 Vuelta. Because what is not done in La Covatilla, will not be done, because the next stage closes this edition of the Vuelta 2020 in Madrid, in a stage of true respect for the red jersey. Carapaz or Roglic. The swords are still up. What a great Vuelta 2020 we are seeing.