Scott Twinloc, the secret that allows you to have 3 bikes in 1

If there is anything that has revolutionised the control that you have over the suspension of a mountain bike and the modification of its behaviour through this regulation, it has been the Twinloc. Scott achieved with the Twinloc something that nobody had thought of: to have much more control and adjustment with a small turn of the lever. We explain what the Twinloc is and why it is so good. 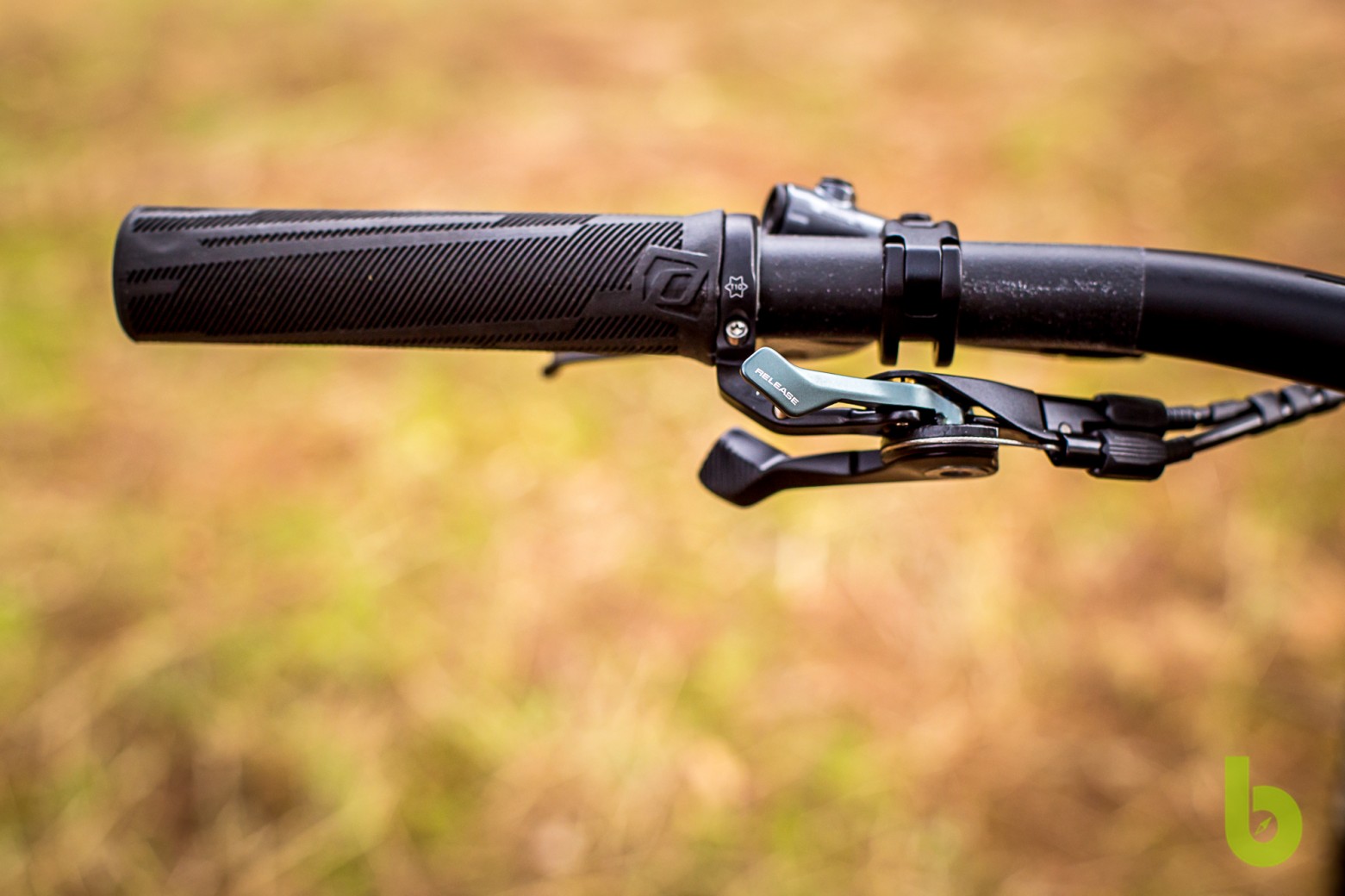 Obviously, adjusting the suspension pressure is not a revolution, it has been done for years. The revolution is not to stop there, it is to make that adjustment instantaneous and have it on your thumb, and above all, the revolution is that the ride modes are three and that it is something that goes beyond adjusting the hardness or the opening of your suspension. Twinloc did just that - turning the adjustment in hand into so much more. 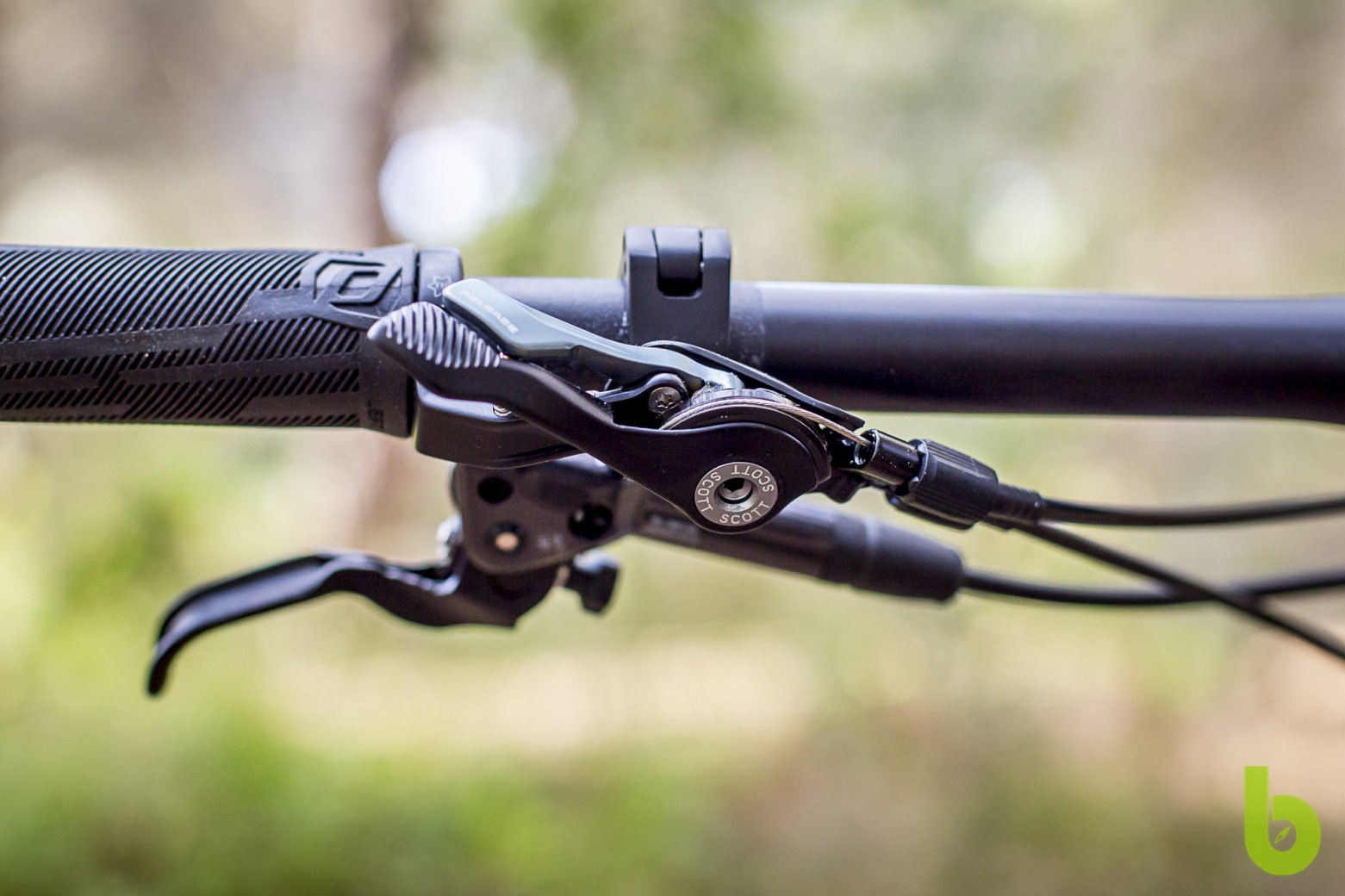 Because the basis of Twinloc is simple: allow the cyclist to configure his mountain bike based on its suspension. Not just open or close, but go two steps further: change the progressivity of the bike and modify the geometry of the mountain bike. 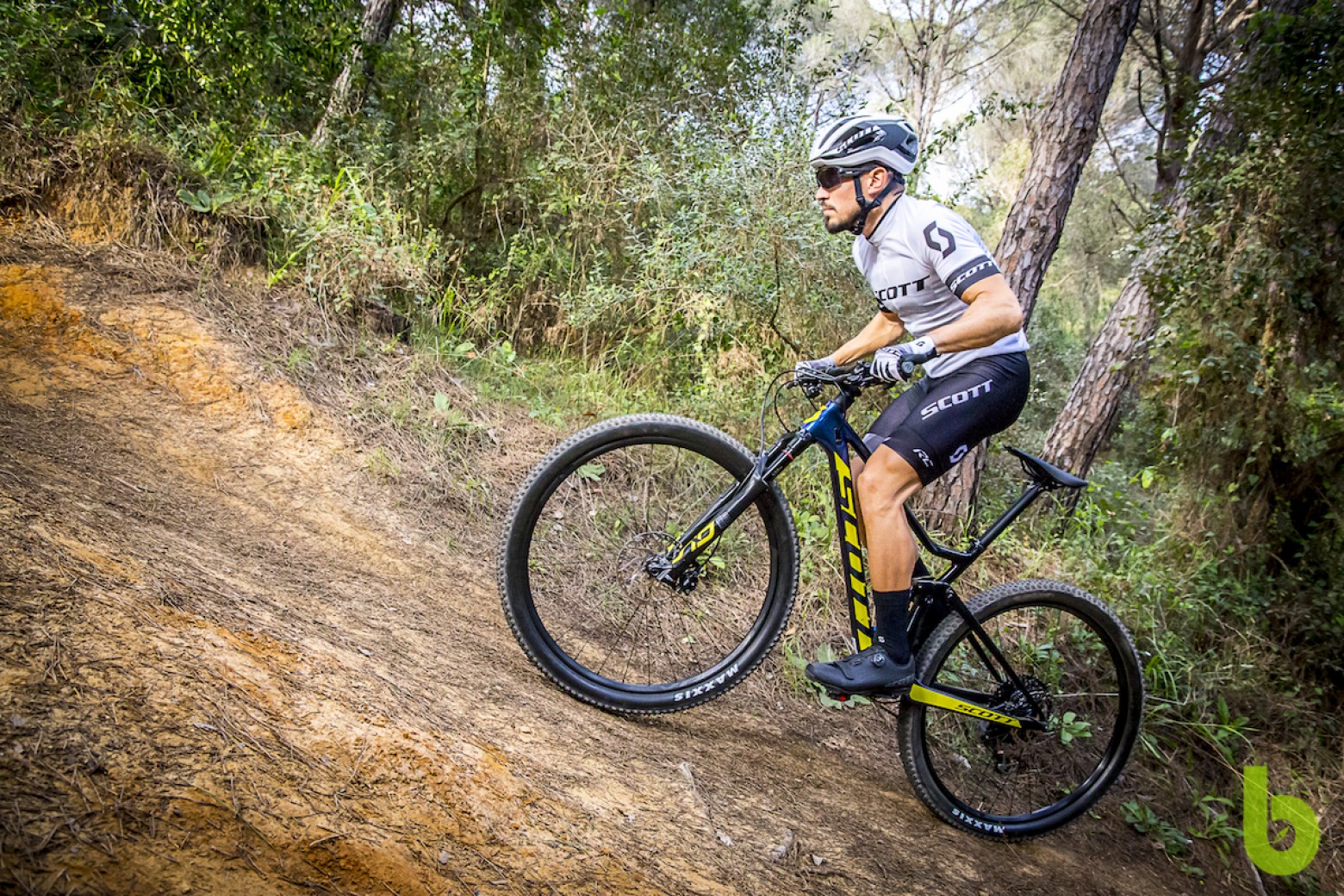 Twinloc sets three modes through a patented Scott technology that makes you have three mountain bikes without getting off. Connect the shock, fork and frame into one, and control that all from the handlebar control.

Many of the bikes Scott manufactures for both XC and Trail have it already installed, but many users have even bought the controller separately to install it with other brands. It must be said that in this case, if not accompanied by a Scott with Nude, it does not have all the functions and capabilities, but despite this, many have preferred it because it is a great product. 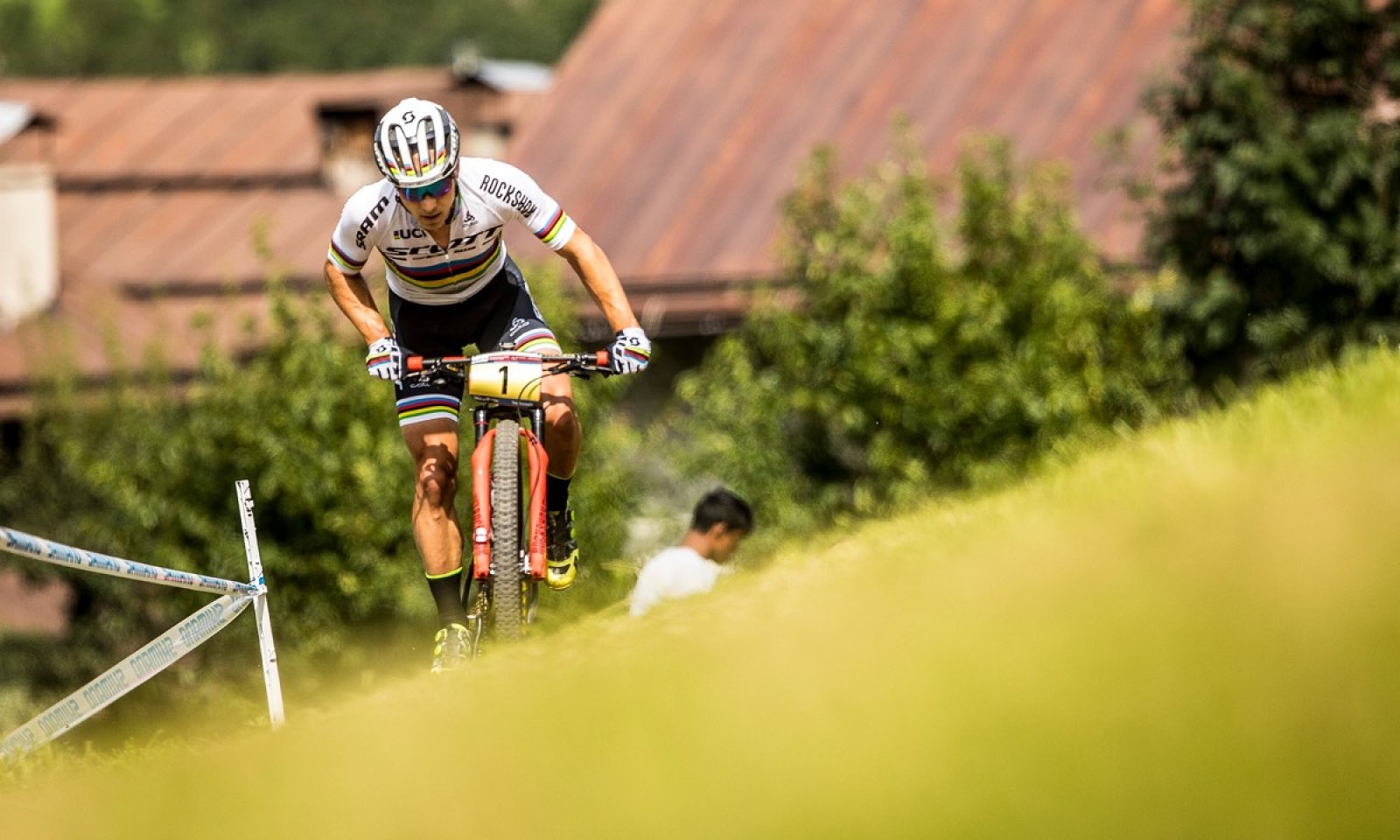 The three ride modes of Twinloc and why Scott nailed it

Twinloc by Scott has basically converted something very complex, such as adjusting springs and thus progressiveness and geometry of a mountain bike, into something very simple, such as turning a lever and choosing between three options. When we are pedalling, we cannot be thinking about all these parameters, but pre-configured, it is simple to adapt your bike to the terrain you find. And those are the three pre-set ride modes of Twinloc: 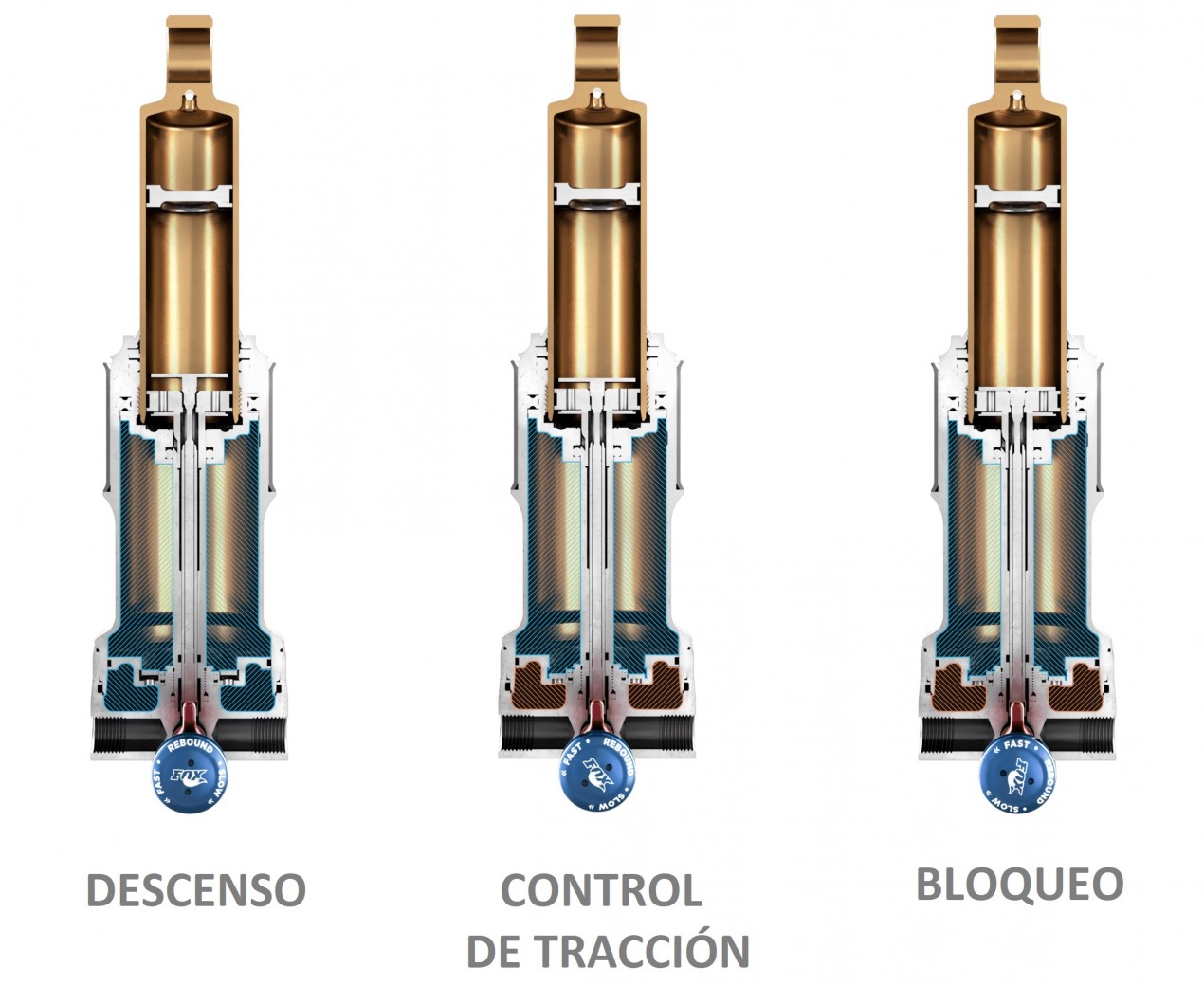 Firmness at maximum. We close all the flow and the damping is fixed. Ideal for very hard and firm sections, smooth and without the need for absorption in which you need to print all the power of the pedal without any loss. But don't panic, in case of a sudden impact, the system releases the lock so as not to damage the suspension. So this one is simple: front and rear blocking to go up or down without absorption.

Just the opposite: completely open systems. The Fox Nude has two positive air chambers, and in this descent mode both open up to form a larger capacity one and provide impressive pneumatic cushioning if needed. Designed, as its name suggests, for hard and extreme downhills where full fork and shock travel are a must.

It is undoubtedly the jewel in the crown. We close one of these two air chambers, reduce the volume of air in the shock absorber and thus lower the effective travel and the damping curve becomes even more progressive. All this changes the geometry of the mountain bike: higher saddle, greater distance between the pedals and the ground, and a more forward position for the rider. More agility, more response but the same traction. A perfect balance for medium, technical terrain that needs to be pedalled. On the Scott Spark, for example, we went from the 100mm it incorporates to only 70mm.

The most important thing to understand is that Twinloc is the only system that modifies damping and progressivity curve at the same time. Other systems and dampers do this, but not easily and, above all, simultaneously. That is where the magic lies. You adjust the travel, the geometry, maintaining sensitivity and controlling the movement of the suspension for more agility and traction. All this, with astonishing ease of use. That's Twinloc.