Romanian Vlad Dascalu of the Brújula Bike Racing Team has become XCO Under-23 World Champion in Mont-Sainte-Anne (Canada). Far superior to the rest in the race, Vlad Dascalu confirms with this World Championship that he is one of the most promising bikers of the international circuit for the coming years. 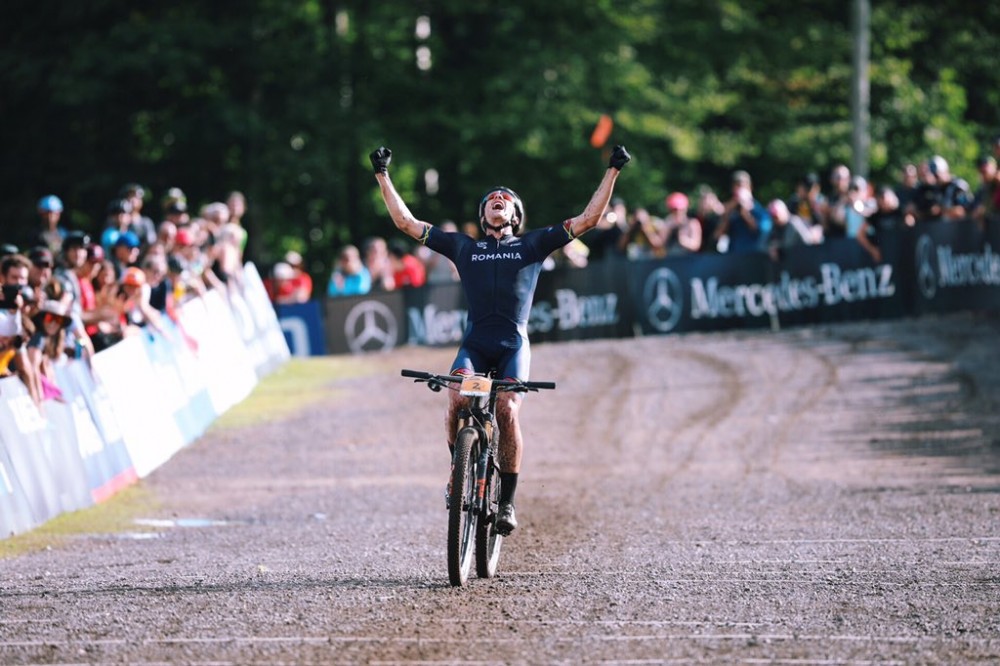 After it was raining during the first hours of the morning in Mont-Sainte-Anne (Canada), the race began with a radiant sun but a very wet circuit that became even more complicated. Already in the first lap a group of between 8 and 9 bikers was formed with Vlad Dascalu, Christopher Blevins, Filippo Colombo, Maximilian Brandl, Simon Andreassen and Jofre Cullel among others. 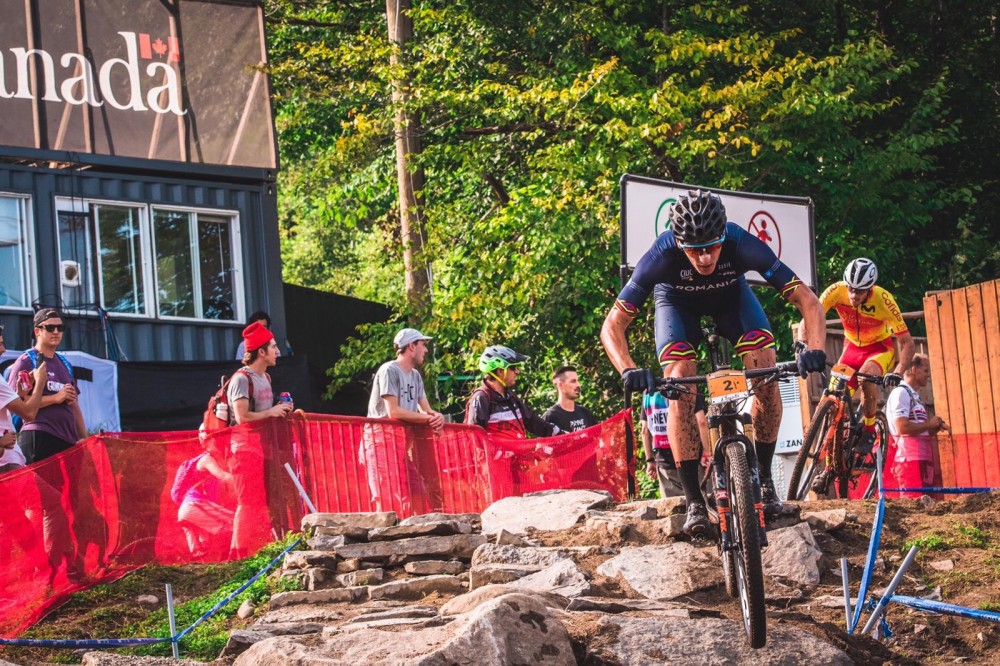 The German Maximilian Brandl was eager from the start and launched a first attack during lap 1 with which he managed to leave a few meters from the top favorite, Vlad Dascalu, who was marching second. But on lap 2, Dascalu also wanted to test the group and responded with another powerful attack. Colombo and Blevins were after him 15 seconds behind. 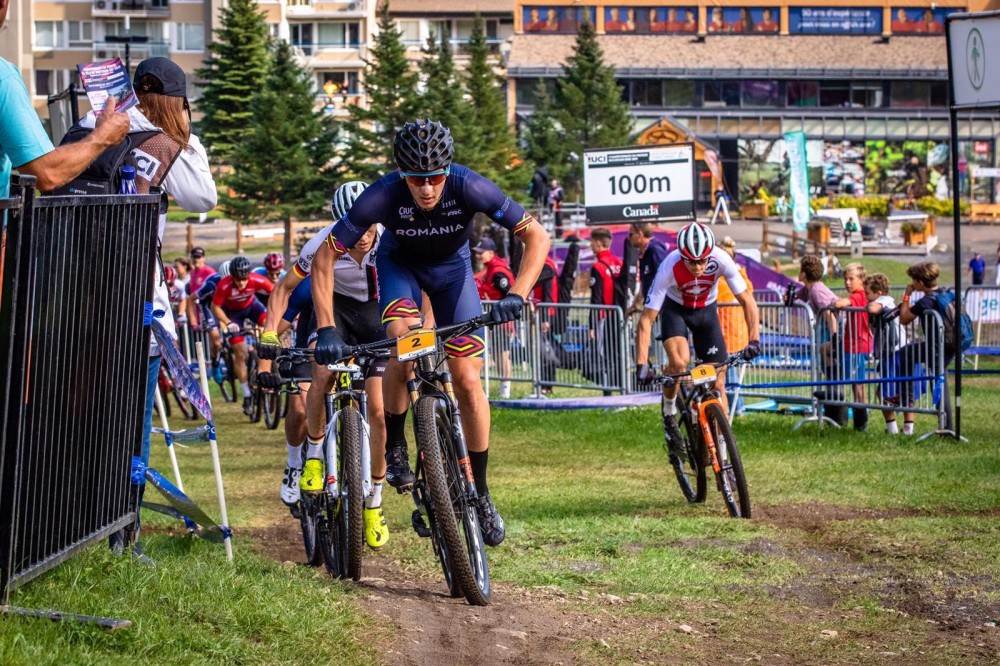 From lap 2 the race became a real recital of Vlad Dascalu. He continued continued to increase the advantage with his pursuers, 30 seconds behind of Dascalu was Blevins and 46 seconds away the Swiss Filippo Colombo.

Dascalu is speeding away towards this World Title!

One minute up and still laying down the power #MSA2019 pic.twitter.com/UtFrdyg1nk

The race was advancing and the advantage between Vlad Dascalu and the rest continued to increase (more than 1 minute), in the downhills he was seen safe and having fun and in the uphills he was the strongest. Vital Albin, Filippo Colombo and Simon Andreassen reached behind Blevins, so the podium was wide open.

The Spaniard Jofre Cullel had to retire after a fall suffered on lap 2 when leading with Vlad.

On the last lap, Dascalu was first 01:20 ahead of Simon Andreassen who pressed to secure the silver and 01:51 ahead of Albin Vital and Filippo Colombo who were still fighting for bronze.

Vlad Dascalu reached the finish line alone, proclaiming himself XCO World Champion 2019 in the U23 category. The silver medal was for the Swiss Filippo Colombo and the bronze for the Swiss Vital Albin. 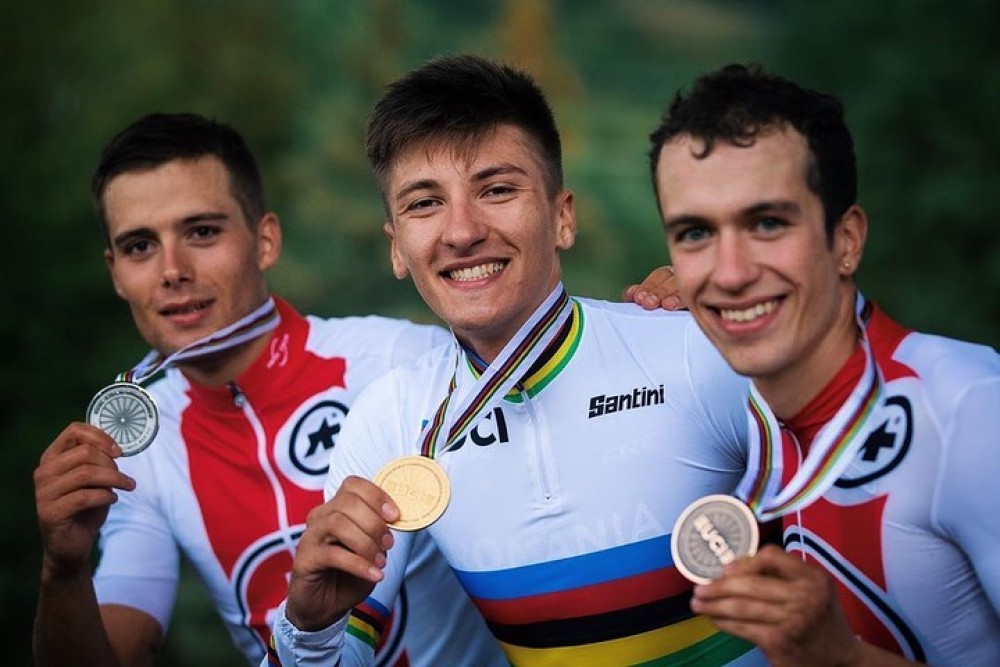 For Romania the gold medal of Vlad Dascalu is the first one that the country obtains in the 30 years that the UCI MTB World Championships have been held.

The young Romanian cyclist had already said on several occasions that the World Championship was his great goal of the season and nothing could stop him, not even the sting of a bee in his eye that suffered 4 days before the race. None of Vlad Dascalu's victories this season has been a coincidence but this World Championship has been a true exhibition of the Romanian of the Brújula Bike Racing Team.